31 Days of Horror: The Ravenous |OT| The October Movie Marathon 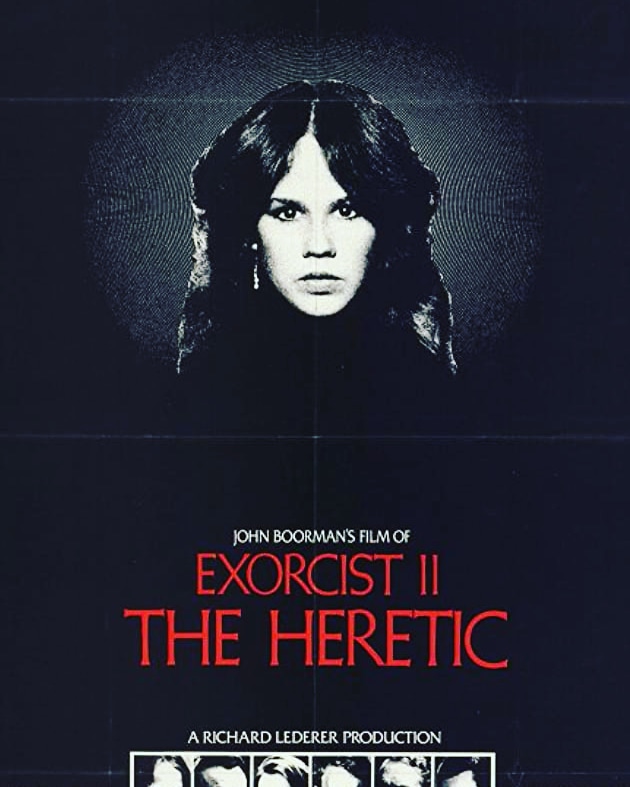 Such a strange movie. So much hypnosis. So many locusts. I mean I get what they were going for with the metaphor but this did not seem like a story that needed a whole movie. Seemed like they tried to copy Godfather 2 with the story structure of going back and forward in two storylines. 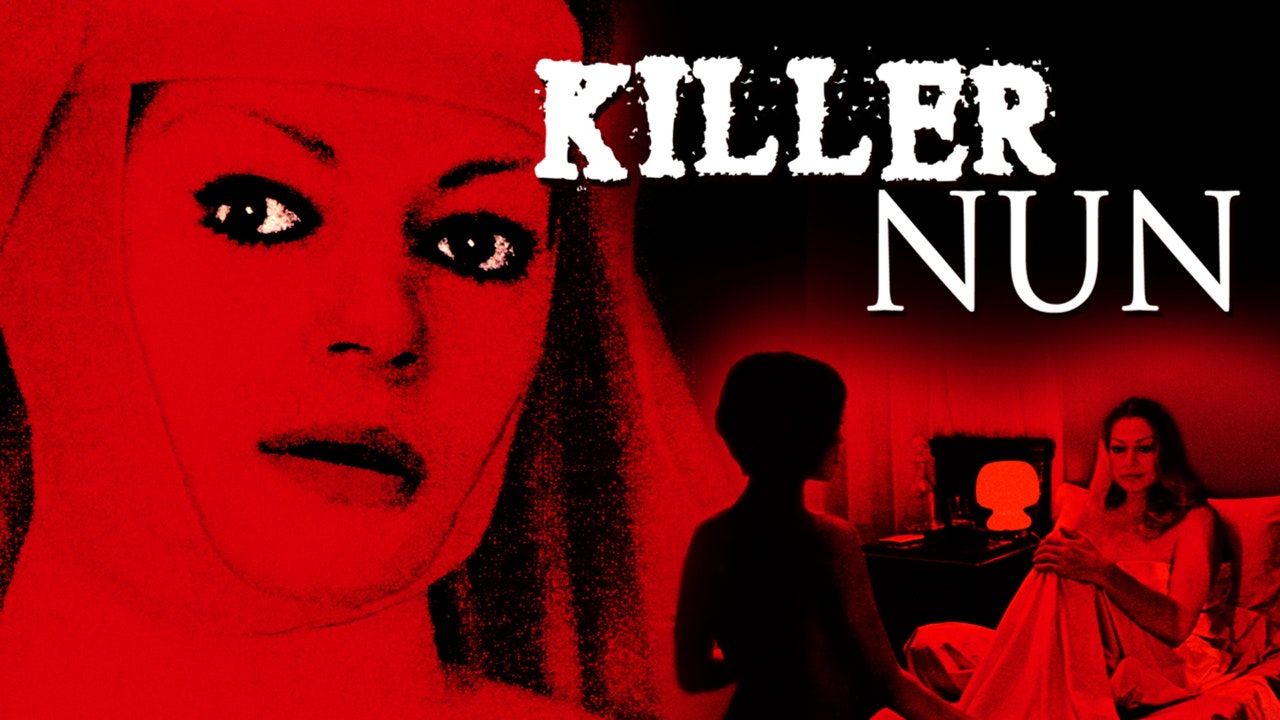 I had intended to finally watch Mother of Tears but that fell through so I figured I'd get at least one Korean film on the slate this year. It's marvelously directed but the 3rd Act comes in a little early and just doesn't really work for me as well as the first two acts. Still worth a watch for the filmmaking talent on display though.

After watched Scanners and didn't like, I tried this one from David Cronenberg and I liked it
There's no horror here explicit, it's more like a thriller, but it's interesting and Christopher Walken and the plot worths

About the 31 movies, I'm almost there, only 5 remaining and just 3 more nights to watch
I found that it's difficult to watch and post the reviews I want here, so it's just a brief explanation, next year I'll try to have all movies already packed and ready to watch to not losing time

Every Oct-Nov-Dec are full or work to me, but this challenge is good enough to entertain myself and relax

Yesterday i watched some polish Netflix movie nobody sleeps on the forest or something, the plot is nonsense, but damn it was kinda creepy those 'monsters' are nasty 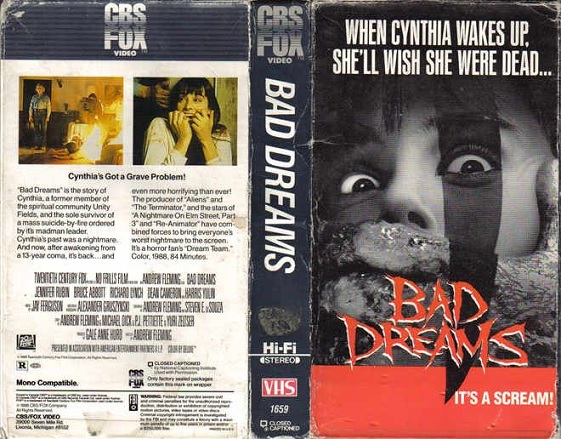 Forever villain Richard Lynch is the leader of some death cult who self immolates along with his followers; however, a single girl survives and is haunted by his spirit, pushing her to kill herself or else he'll kill others until she does. So yeah we have Richard Lynch appearing as an undead burned killer, a psychiatric ward setting where a group of "colorful" characters (And soon to be victims) have sessions and the lead character is played by the druggie girl from Elm Street 3, which came out the year prior. This all feels strangely familiar. Though despite this, the movie is more an Elm Street 3 cash-in than a clone (It'd prob be better as a clone...) and we get a twist ending which is pretty stupid but most will see coming. What I'd describe as a "whatever" movie. 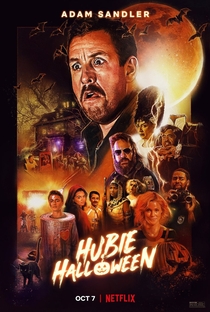 Need to watch some Halloween movie and it's easy to watch on netflix
I thought it was like Hocus Pocus or Ernest, but it's just ok, could be a lot better
Last edited: Oct 29, 2020 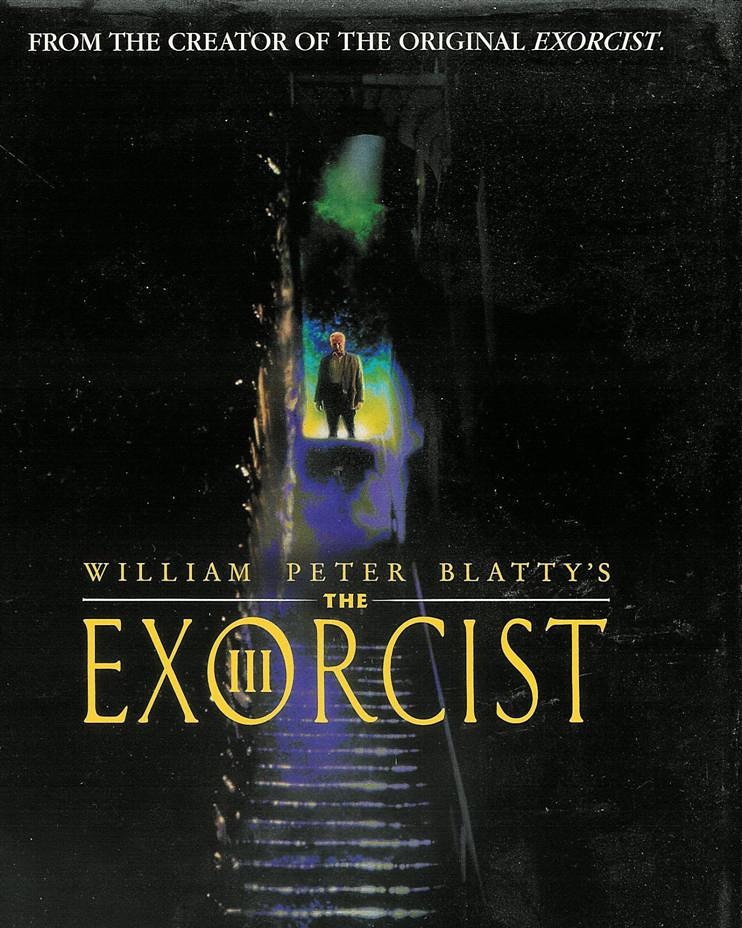 This went way above my expectations. George C Scott is sleepwalking in some scenes but in the ones that really matter he delivers and Brad Dourif is fantastically creepy. Maybe it's just the hangover from that God awful second movie but this just seemed so nicely paced and intimate. The interview and hallway scenes alone make it worth a watch and it has some great jump scares. Definitely the most horrory of the trilogy.
E

This went way above my expectations. George C Scott is sleepwalking in some scenes but in the ones that really matter he delivers and Brad Dourif is fantastically creepy. Maybe it's just the hangover from that God awful second movie but this just seemed so nicely paced and intimate. The interview and hallway scenes alone make it worth a watch and it has some great jump scares. Definitely the most horrory of the trilogy.
Click to expand...

Would have been so much better without the forced classic exorcism scenes at the end. I guess producers went and forced the director’s hand as to tick that horror box, and the result ain’t pretty. Still, the first three quarters of the film are absolutely masterful and quite spooky, and a watch is highly recommended, if only to appreciate Dourif’s haunting performance.
Last edited: Oct 30, 2020

El Pistolero said:
Would have been so much better without the forced classic exorcism scenes at the end. I guess producers went and forced the director’s hand as to tick that horror box, and the result ain’t pretty. Still, the first three quarters of the film are absolutely masterful and quite spooky, and a watch is highly recommended, if only to appreciate Dourif’s haunting performance.
Click to expand...

Yeah now that you mention it that's true. It feels really out of place all of a sudden. It didn't really dampen the rest of it for me but it also is not the part I'm taking with me afterwards

The Exorcist III being so damn good is one of life's greatest surprises. Polish movie, available on Netflix, it's not good as Wrong Turn but there's some similar things
It's not bad, there's some gore scenes I liked

kunonabi said:
The Exorcist III being so damn good is one of life's greatest surprises.

Once again this follows on really badly from the last film. The story doesn't match up well and it even retconned some stuff. It's a convoluted mess of hackneyed characters and badly edited action, which takes away all this series had left. I stopped caring about characters by film 2, and the story by film 4. Somehow this was worse than I expected even though I can appreciate the crazy stuff they were going for with all the clones. It just wasn't enough. There's more charm to be found in the Chaos Break cut scenes.

Here is my ranked Resident Evil movies. What a waste of a franchise. Looking forward to the reboot next year, I kid not.

1 = enjoyable action zombie flick
3 = good mad max setting, some nice set pieces, decent
5 = all out action and little else, okay if you like that
2 = escape from raccoon city, tries to have characters but all are crap, watchable, meh
4 = dull and quite stupid, brief moments of 'ha, wtf'
6 = hot garbage 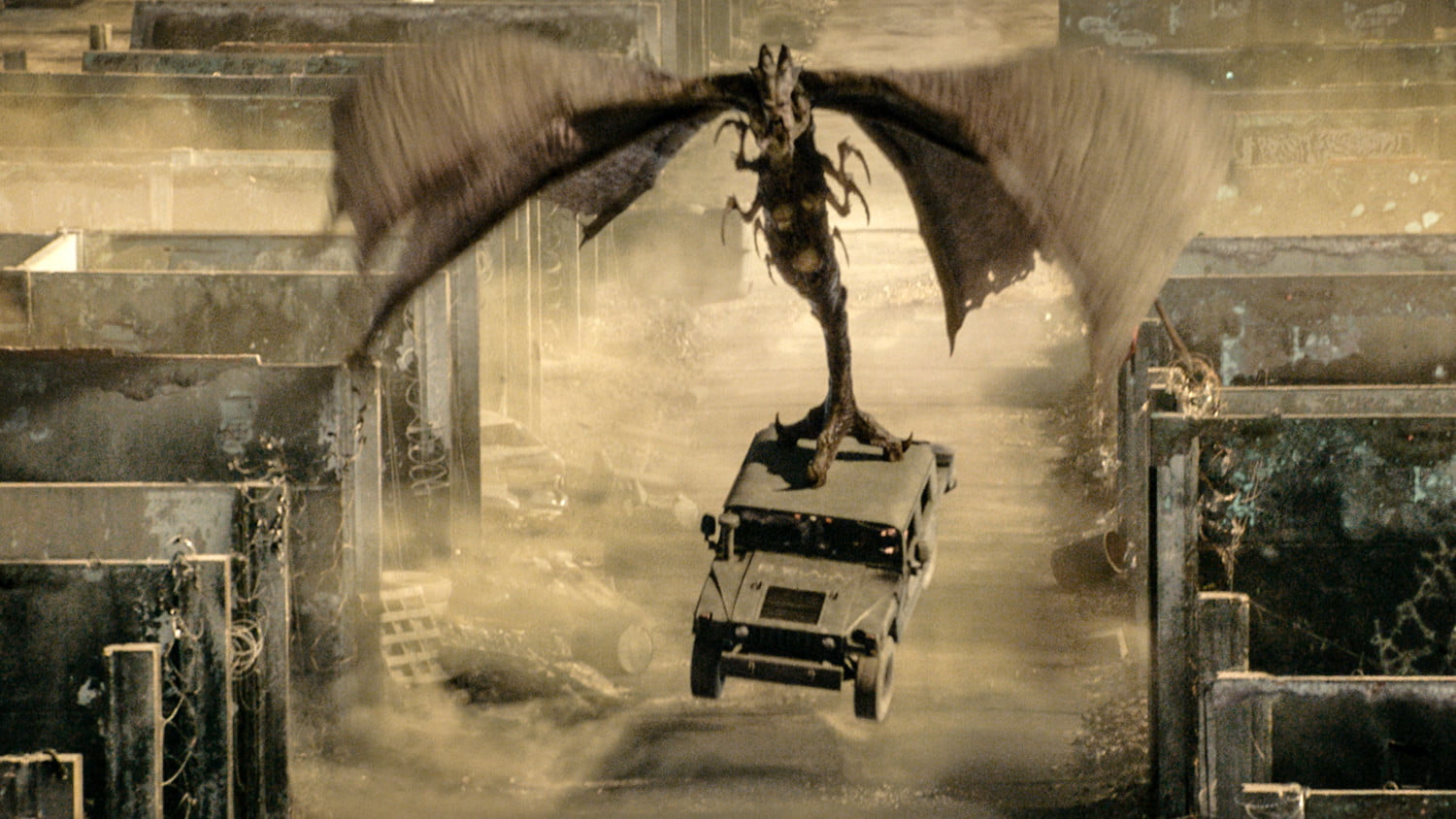 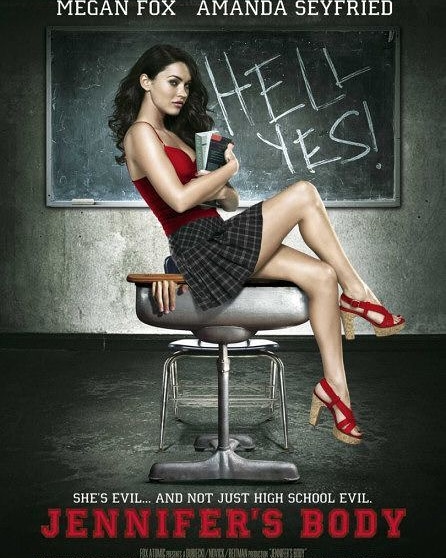 Hopefully I don't jinx the final film tomorrow but this year is finishing strong! This was creepy and sexy at the same and had some really hilarious lines as well. Best thing of all is the main character actually acted rationally and seemed to think of reasonable actions rather than do dumb shit like most slasher characters. It also touched on loss and the numbness to tragedy as that we sometimes reach as well as the exploitation of tragedy. It was way better than I expected when I first saw trailers for it and it was only after I heard several people talk it up that I decided to give it a shot.

Last of this series. It's a new killer santa. Fits in with the cheesy feel of the other films and was pretty good. Lots of kills and doesn't take itself too seriously. 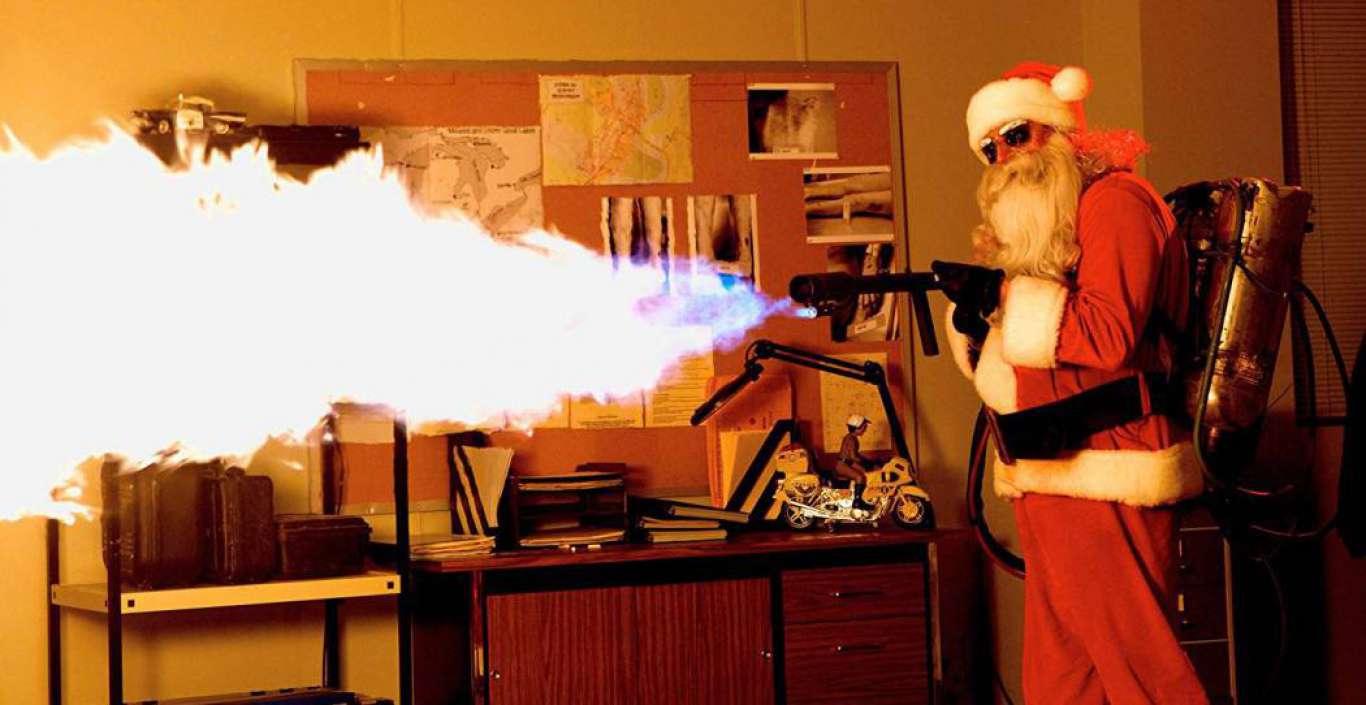 This film is bizarre. I can't tell if it's intended as a comedy or exploitation or post modern art. It's art trash. Like a lavish student film. I think it looks great but the dialogue and acting are awful and drawn out. Yet I was into it. And this depressed Dracula is very different. The ending is something special too. Plus the bar game scene was great. Weirdest film all month. 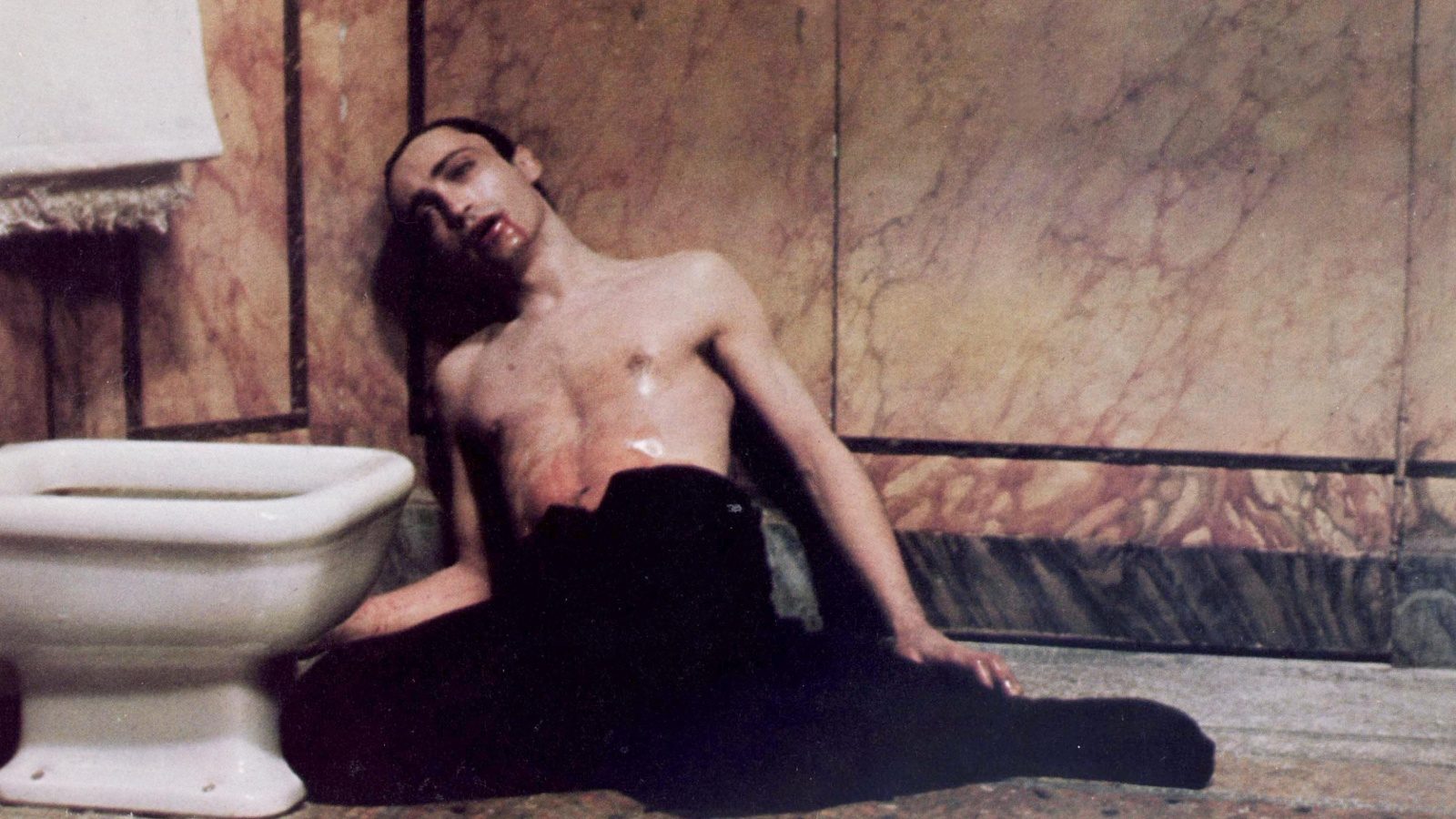 First there was The Birds. Then Birdemic. And somewhere in between everyone forgot about Beaks. It ain't clever but if you want to see many ridiculous situations where birds attack and lots of slow motion footage of pigeons - Beaks delivers. At least they used lots of real birds. 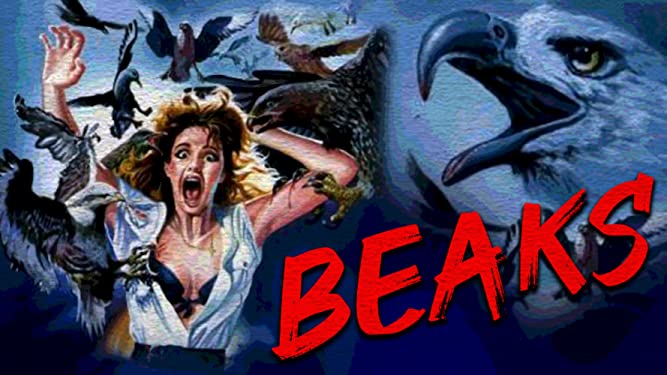 kunonabi said:
The Exorcist III being so damn good is one of life's greatest surprises.

A man goes into a fishmongers with a carp under his arm.

Goes to the shopkeeper: "Do you sell fishcakes here?"

Finally, managed to watch all 31 movies this year 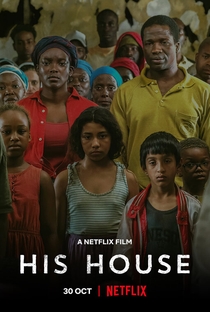 Good modern stuff, you guys need to watch, this is a solid netflix horror movie And to end my Horrorctober, nothing better than Elvira 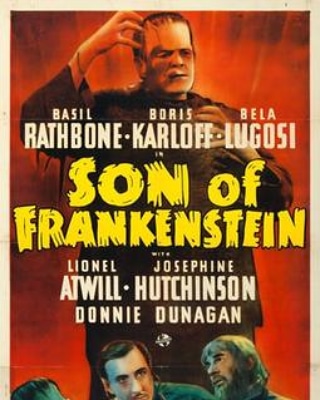 We round out this year's marathon with another strong entry. Bela Lugosi and the Inspector add a great little spin on the previous formula. Entertaining legal loopholes and a little cat and mouse dynamic keep this one fun while also sending a message about lineage and the sins of the father. I am happy to report that it's 3/3 to finish this year!

That was like a movie version of a fairs ghost ride. A load of creature masks and monster effects jumping out and killing people who are there for no discernible reason. Kinda fun but very cheap. 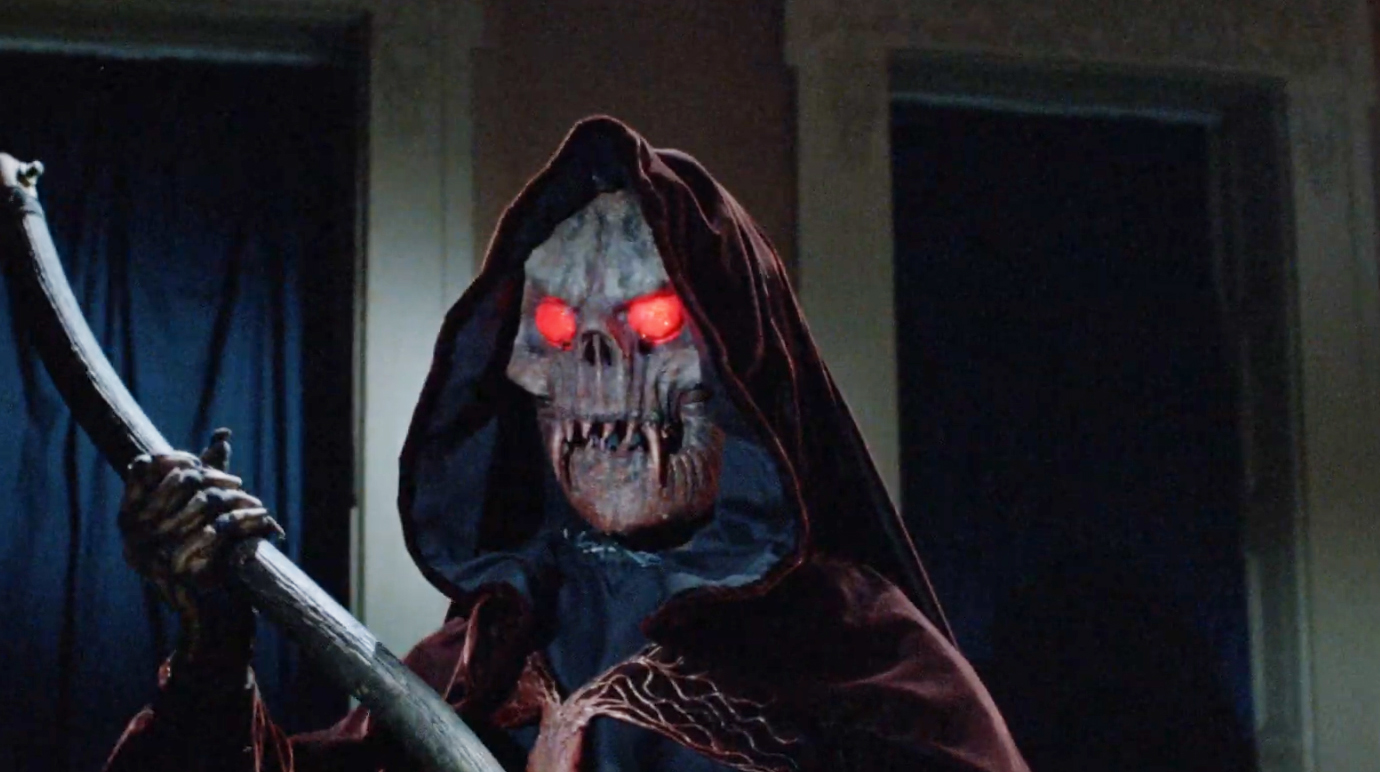 This was good. A group of ghosthunters in a haunted house and a police investigation piecing together what happened. Just a solid scary story. 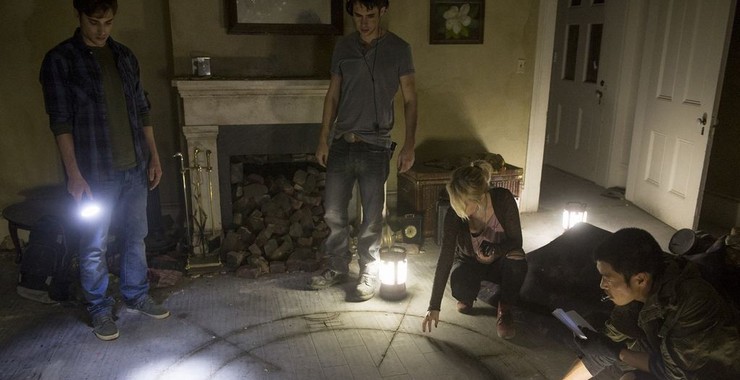 A mental hospital, mad scientist, supernatural stuff, gore and craziness. It's got some rough edges but it's what I like. Lots going on. Thumbs up. You've gotta love a psychiatrist that always keeps a bottle of whiskey and a gun in his office drawer. 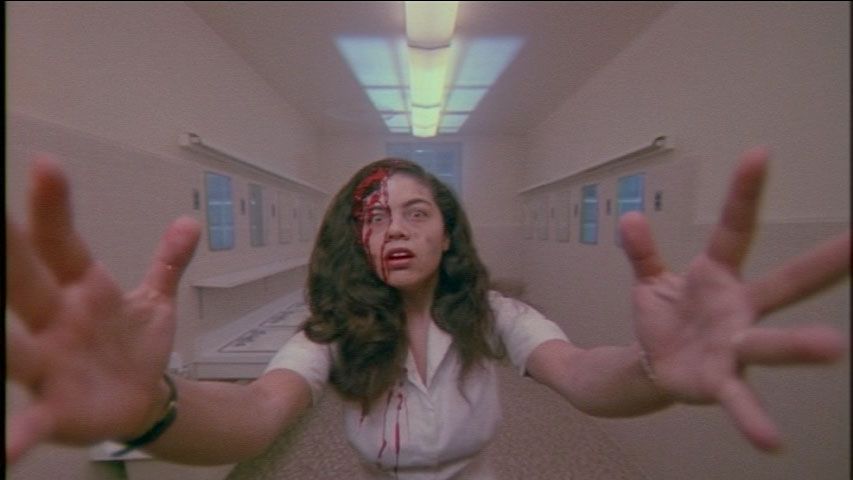 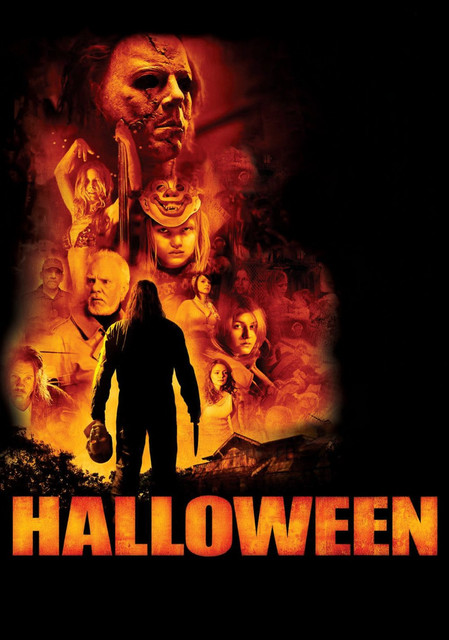 Not too much to say about the original as it is just completely timeless outside of some of the dialogue which was probably kind of rough back then. Although in hindsight it gets bonus points for not having Loomis hook up with some 20 year old girl.

I could go on a bit about Zombie's Halloween since I actually love that movie quite a bit but I know I'm on an island with that one. 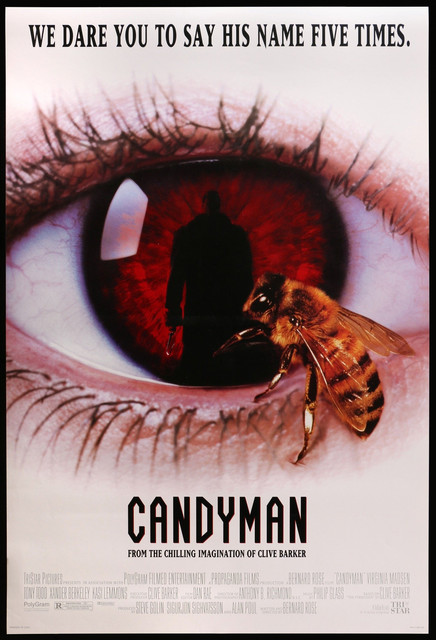 Candyman is one of those definitive 90s movies and possibly the 90s horror movie for me.

Watching all those other j-horror movies and going back to Ringu just further drives home how special that film is. I know a lot people have turned on it in recent years but it's still an amazing piece of horror art especially with the new transfer. 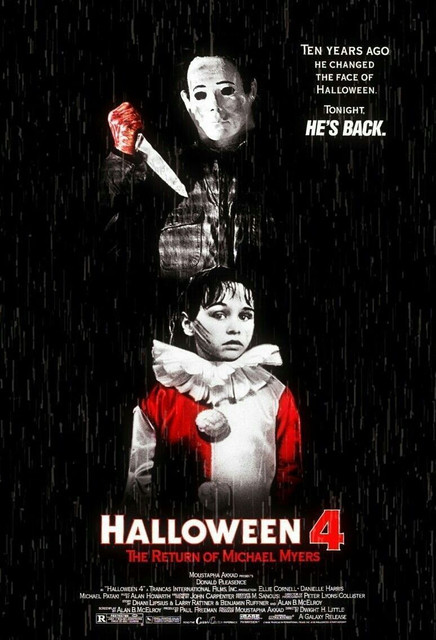 My Halloween viewing tradition and the last of the Halloween movies I actually like. It's a total B-movie but it's just such a damn entertaining one. I tend to like the Halloween films more for the supporting cast and the effect Michael has on them so that pretty much puts this film right up my alley and I love the fantastic Halloween atmosphere it has compared to most of the other movies. This was always the movie that was on TV after I got back from going out so it's really one of the pillars of the holiday for me now.
Last edited: Nov 2, 2020 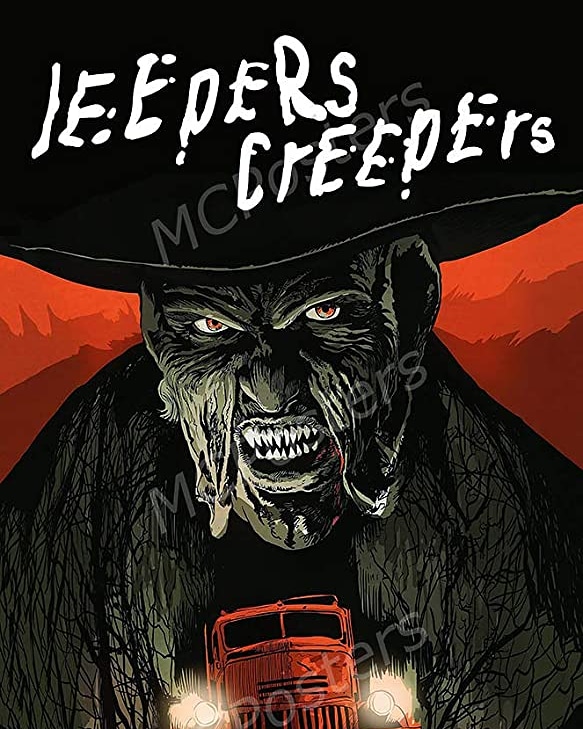 Really cool creature effects and great buildup but man the payoff felt like it just punted. It never really got to the climax that I felt like we were getting to and they seemed afraid to show off a great creature suit.
Click to expand...

The first one is extremely eerie. I love both the first and second films. The third, I had to turn off after just a min or two

Have you seen the second one? That’s my favorite in the series. I probably watched it about a dozen times? Maybe fifteen times back in the day

Been a while since I've updated, but I managed to complete this year's marathon.

Hey, don't ban me but yesterday I watched the original Halloween for the first time (I'm 34 yo) It was OK.

Was another good year. Thanks everyone for adding more flicks to my wishlist.
You must log in or register to reply here.