2021 was another record year for gaming chatter on Twitter, as Twitter continued to serve as the go-to place for game publishers, gaming media, popular streamers and entertainers, esports leagues, teams, players and commentators. In 2021, there were more than 2.4 BILLION Tweets about gaming, up 14% year over year and a more than 10x increase from 2017. And, Q4 2021 was the biggest quarter for gaming conversation ever on Twitter.

The gaming community around the world came to Twitter to talk about the biggest moments of the year as in-person esports events returned to center stage, publishers dropped new games like Halo Infinite, media outlets continued to expand coverage of the space and NFTs became a hot topic.

Here’s a look at Twitter’s global gaming conversation insights from 2021: 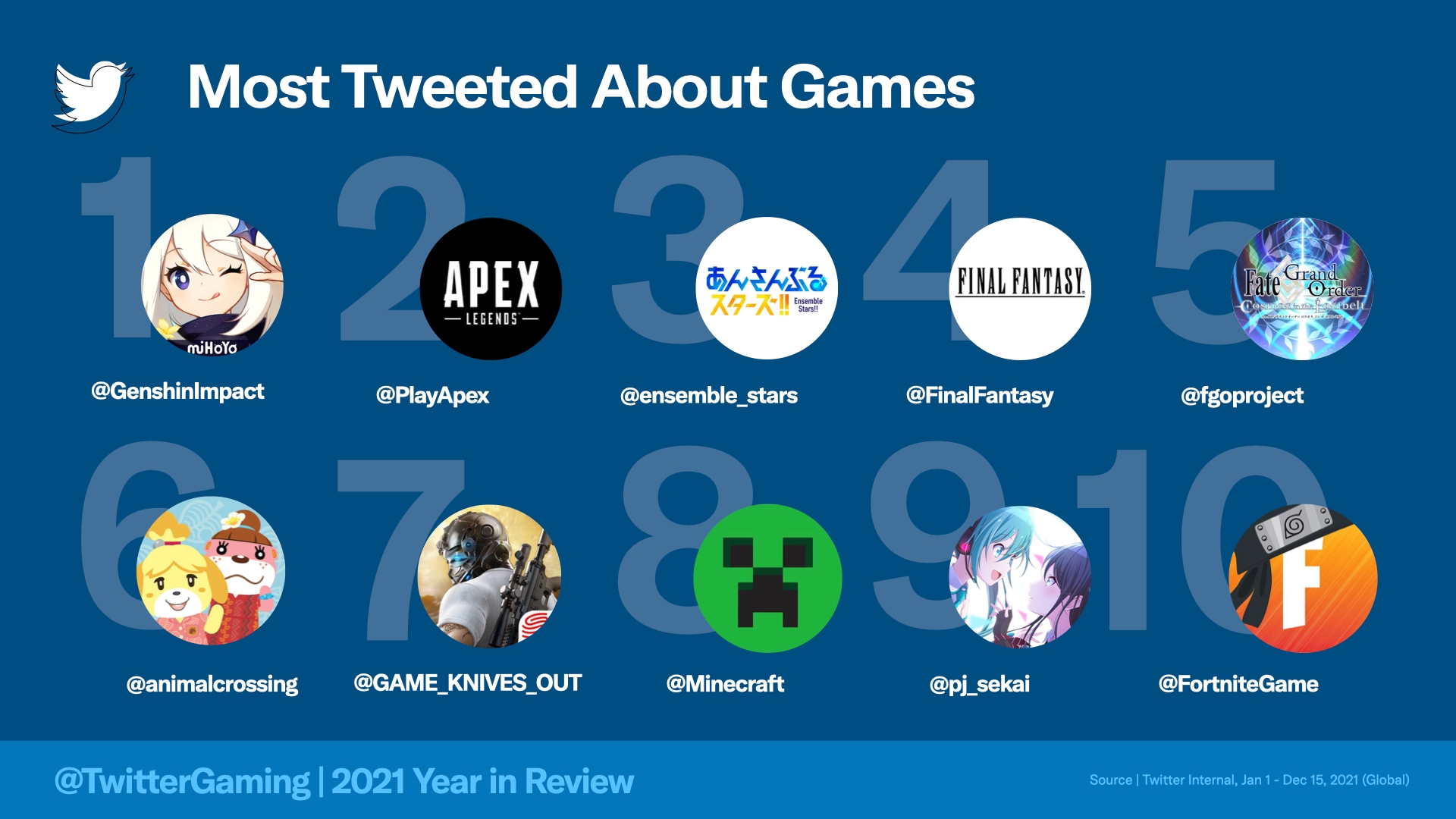 Most Talked About Video Games: 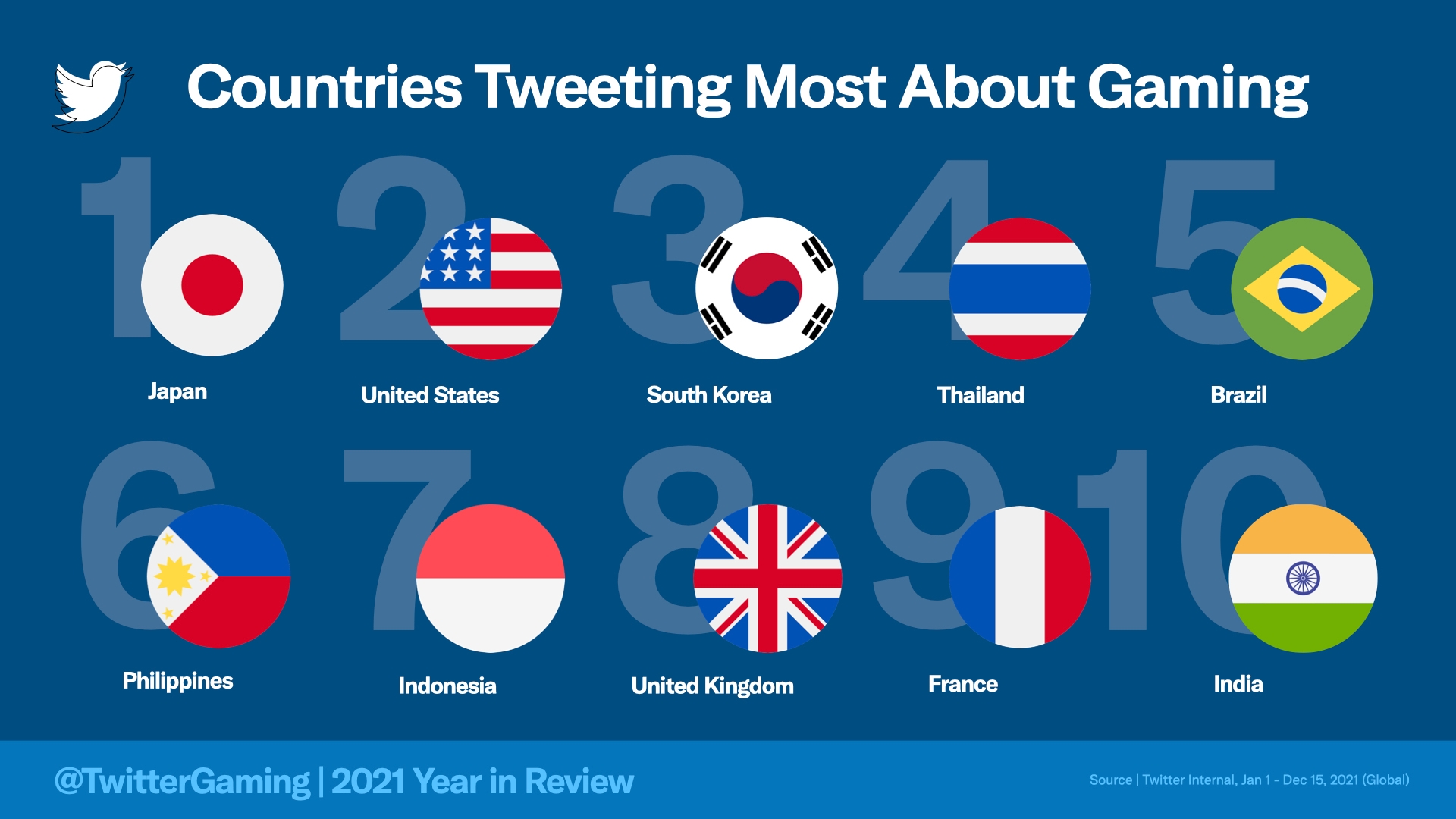 Countries Tweeting the Most About Gaming: 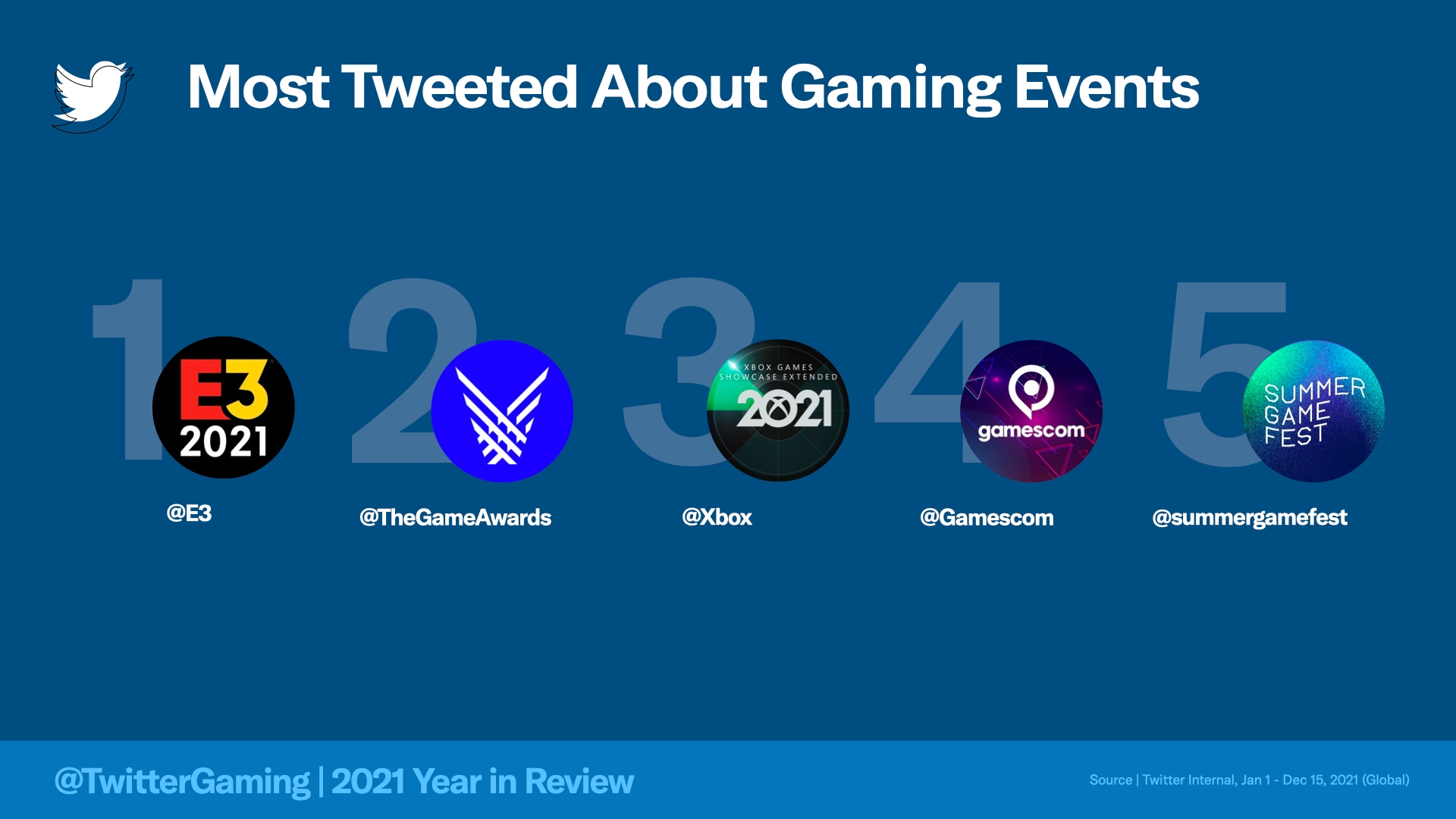 Most Talked About Gaming Events:

Thirty7ven replied
Apr 7, 2022
The most hated gaming brand in every country
2 3