{insert code here} said:
It probably is enough but I'd be willing to bet that they need similarly large numbers to stay out of the red.
Click to expand... 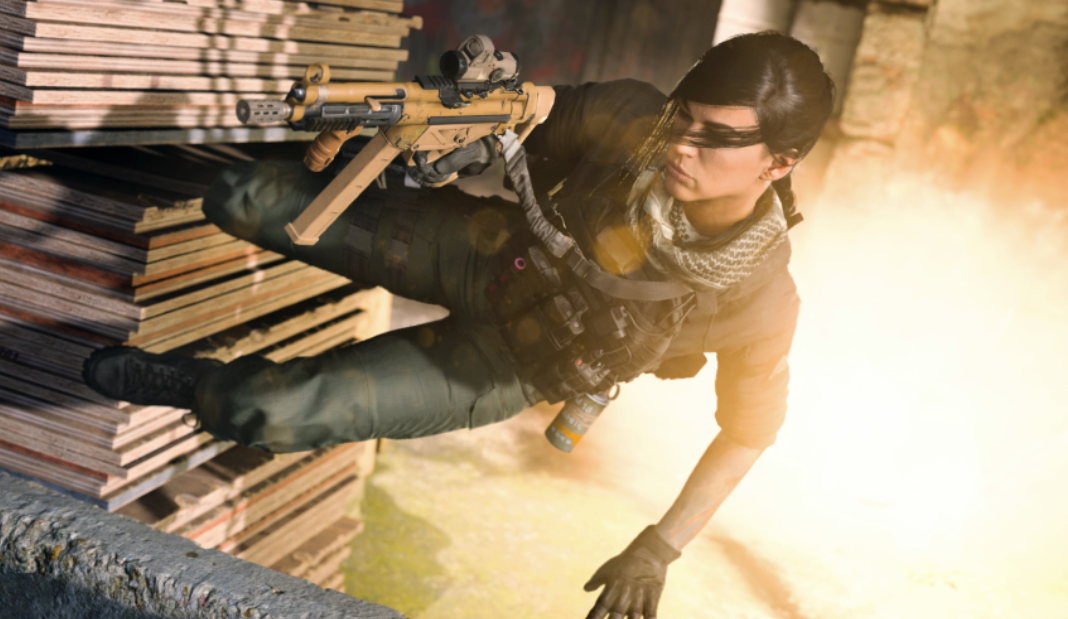 The company had 372 million monthly active users as of March 31, down from 435 million last year.

Rough. Now we know why they sold. Market would’ve wrecked them.

Cant imagine what this is going to be like after Modern Warfare 2 and the new Warzone, plus Diablo.

The Covid bubble burst and thank god it did. Now we can get a bit more balance and see where things are actually going. It may slow some of the insane purchases too, as more people realise gaming covid boost wasnt sustainable. Should also help with availability on components.

Baki said:
Rough. Now we know why they sold. Market would’ve wrecked them.
Click to expand...

Yeah it was a sinking ship and most of their franchises sales are in a constant decline.

Imagine if they didn't release games on the PlayStation anymore.
Last edited: Apr 26, 2022

nominedomine said:
Did they removed Dungeon Finger when they released classic? Had I heard about it maybe I would've given it a shot, I really dislike what Dungeon Finder does to the game. One of the reason I have a hard time playing FFXIV. Loved the sense of community back in the old days playing the original WoW, where people knew each other in the server. Good old days when the game wasn't designed around what is most convenient.
Click to expand...

Original Classic didn't have a dungeon finder, not at least for the first six months, then I stopped playing, so not sure. Not sure if the current Season of Mastery has a dungeon finder.

Burning Crusade Classic has a dungeon finder, but Wrath of the Lich King Classic will not because Blizzard is full-on stupid these days. Or because the hardcore raiding guilds or something cried about it, and Blizzard listens to them more than the casuals.

speckz said:
Original Classic didn't have a dungeon finder, not at least for the first six months, then I stopped playing, so not sure. Not sure if the current Season of Mastery has a dungeon finder.

Burning Crusade Classic has a dungeon finder, but Wrath of the Lich King Classic will not because Blizzard is full-on stupid these days. Or because the hardcore raiding guilds or something cried about it, and Blizzard listens to them more than the casuals.
Click to expand...

This is a tough one, I unsubbed to wow classic when the whole Hong Kong thing kicked off. But I actually enjoyed the Dungeon experience without a finder, those inconveniences forced you to come in contact and form relationships with small groups outside of your guild.

While these group finding things are convenient, it takes away alot of the experiences that make MMO's unique in that social aspect. The world is also much less treaded when your teleported into the instance rather than forced to actually go to the instance to get in, so the world just starts to feel empty outside of the towns like in retail.

I understand the reason people like them, but it just makes me sad about all the things you loose along the way, its probably why I'm less invested in MMO's these days, I'm getting old.
Last edited: Apr 26, 2022

Maybe if they stop banning people for no reason this shit wouldn't happen. Worst Anti-temper software ever.
The game have plenty of hackers and people like me that play the game fairly are banned without any consequence.

No true. People like WW2, they just don't like boring and cringe game. Try watching the story mode of Vanguard to know what I'm talking about.

CoD WW2 have a mix bag story mode, but the rest of the game is quite fun. You can play splitscreen even in the War mode, and by far the War mode is really really fun.
Last edited: Apr 26, 2022

This can't be from wow only. I don't even think there's over a million there anymore, way less.

This must be from candy crush and call of duty.


Plantoid said:
That's what you get when you push this kind of agenda
Click to expand...

What kind of agenda? The same the rest of the industry does and people eat up and defends?

Vanguard was crap and not for the ww2 setting.

Vanguard wanted to be a fictional ww2 game, which is not what people are interested in.

Hell I play modern warfare remastered to this day, I was a cod junkie in the past but the franchise has just taken too many wrong turns the last couple of years.

Many jumped off after mw 2019 because they were annoyed over they perfected cod just to ditch it a year later because of cold war. That left a sour taste, at least for me.

Not even modern warfare sequel this year gets me back. I'm done with annual games.

Not surprising at all... there's a limit to how much shit people try to ignore. Blizzard has been shitting on the bed for years and they seem to not give a damn for what the players have to say.

Hopefully, with Microsoft, their management changes and things get at least a bit back on track.

Could this be the effect of people going back to work fully after covid. The last couple of years plenty worked from home and have lockdowns.

Ev1L AuRoN said:
Maybe if they stop banning people for no reason this shit wouldn't happen. Worst Anti-temper software ever.
The game have plenty of hackers and people like me that play the game fairly are banned without any consequence.
Click to expand...

Right? I have a friend who brags about using farming and fishing bots, buys gold, etc., and has never gotten caught or even given a warning in WoW, and he has been doing this on and of for over ten years.

Yet, I update my billing address information after moving, and my Blizzard account gets flagged and locked. I have to deal with support, who, by the way, want me to send them a copy of my old and new driver's license to prove who I am, and they get hung on the fact that my new license doesn't match my old address. However, they have no problem sharing my credit card for a reoccurring monthly WoW subscription; all the while, my account is in some temporary suspension, and I can't even play any other Blizzard game.
J

You don't release games on a regular schedule, or any schedule at all. Your sitting on the now stagnant Overwatch series, your sequel entry is a mere patch of the old one.

It's good that they're fucking losing people, this is a WAKE THE FUCK UP call to them.

They need to produce games and INNOVATE their old IPs, not just think they can live on their legacy name.
You must log in or register to reply here.