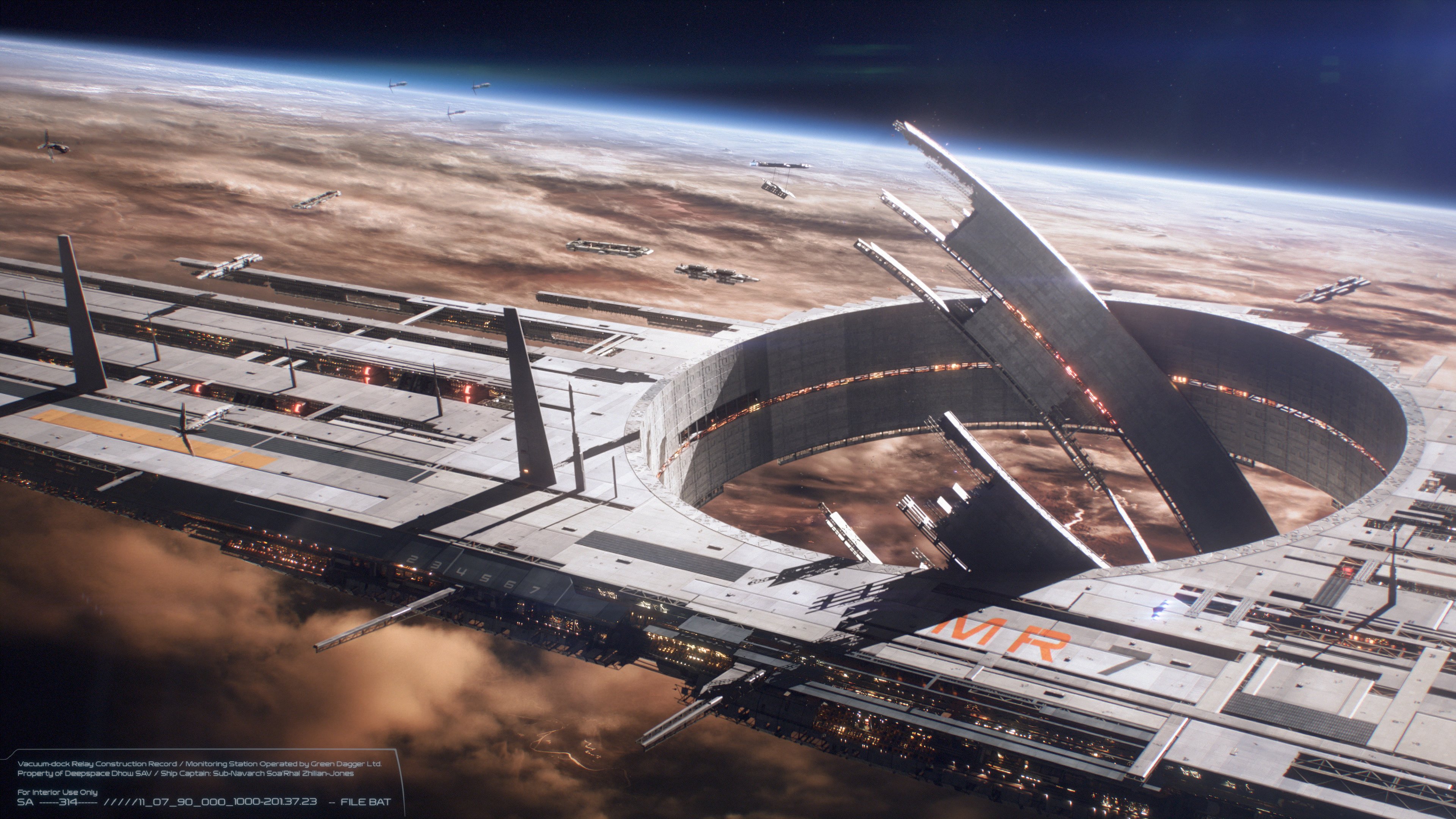 “We’ve intercepted some strange footage from one of the monitoring stations in known space,” Mass Effect project director Mike Gamble said in a blog post. “It could be nothing, but…”

The studio established N7 Day in 2012 and it has since become an annual celebration of the Mass Effect series and its community.

I don't trust you anymore BioWare.

That shows fucking nothing

I can't even remember the last time they made a good game. I wouldn't be hyped about anything coming from Bioware anymore. In fact i'm surprised they haven't been executed by EA at this point.

I have absolutely no faith in current BioWare, but I doubt I’m alone. At least there’s always the ME Trilogy to go back too. 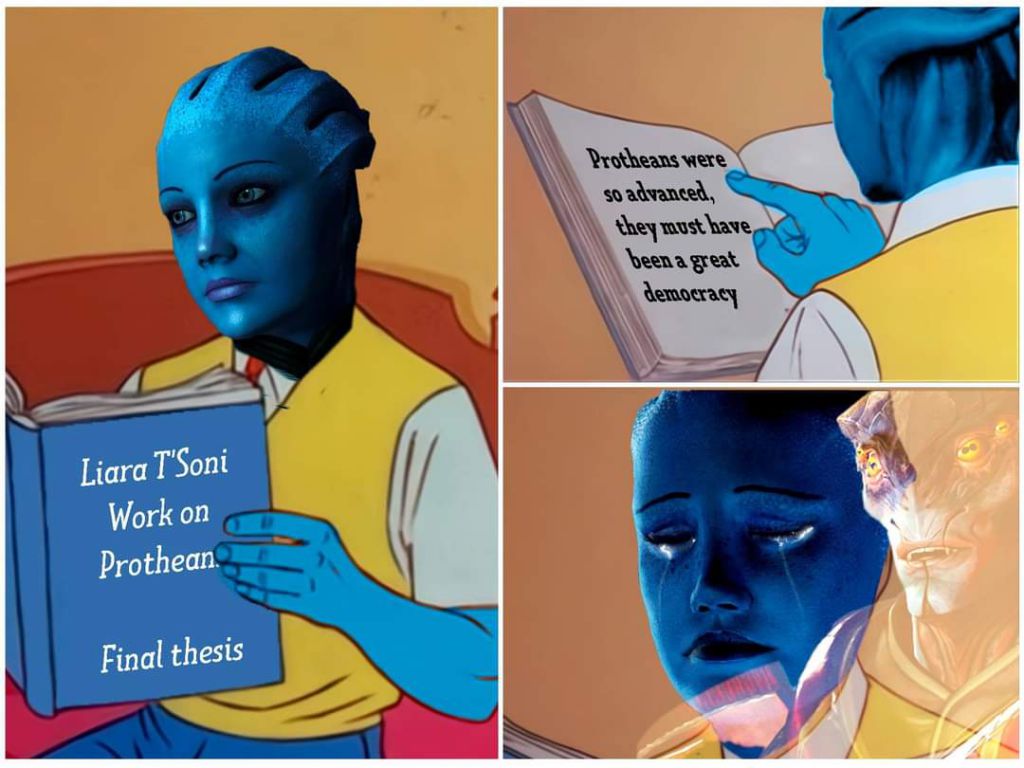 Bro are they still in pre-production?

What the fuck have they been doing all this time?

By the time this comes out, we'll have our own mass relays to use.

SJRB said:
What the fuck have they been doing all this time?
Click to expand...

Probably a lot. They had to deal with all the fall out from Andromeda and Anthem, plus didn't they totally reboot Dragon Age 4 two or three times?

SJRB said:
What the fuck have they been doing all this time?
Click to expand...

Everytime they want to save a file to the server they have to delete Anthem stuff to make room.

Dragon Age 4 is before this

So we're getting a direct sequel to 3 from this? That Mass Relay is destroyed, which happens in 2 of the 3 endings in 3

Totally meaningless. You will not know if preproduction was going well until you in production.

"Sitting around the table shooting ideas in the air is going great!"
M

Well at least if Mass Effect 4 is going to be cross-gen it’ll be a PS5/PS6 game.

SCB3 said:
So we're getting a direct sequel to 3 from this? That Mass Relay is destroyed, which happens in 2 of the 3 endings in 3
Click to expand...

I'm kinda hoping BioWare just kind of shrugs it off. Like, "yeah, that's what you were told. But actually..."

Because the ending, no matter what color you pick in ME3, just sucks. Which is a shame, because on the whole the trilogy was great.

At least this game has dev time... If it actually doesn't end up like Andromeda.
E

Eh… Buying Day One…And so are you 🫣

But honestly I love the series, and I even enjoyed Andromeda.

Quite honestly, nothing quite scratches the itch like Mass Effect.

What the fuck is this download in HD shit... no, upload in HD motherfuckers, or better yet upload 4K ya pie.

If this comment reads strangely its because you have to read it aloud in a Scottish accent.
U

Mary DeMarle is writing it, why not...seems more encouraging than Dragon Age.

lol Bioware is so useless. They last shipped a game in Feb 2019. No footage of any gameplay since. Its been nearly 4 years. Crazy.
T

Don't believe them. That "music" sounds like its has an encoded message in it.

They should probably quit while they're ahead then,lol.

did they just release a wallpaper-engine wallpaper and say the development progress is good?

Talk about slooooow progress...this is close to the levels of how long it took Metal Gear 5 to release after part 4....and it also reminds me I need to go back to Part 3 of Mass Effect for only the 2nd time ever....even though ironically I am a HUGE fan of the series...(outside of the debacle that was Andromeda)

Me1-3 we’re classics if I were BioWare I would try to establish mass effect 4-6.

I dont care how long it takes just please do it right. In my mind I'm ready to give Bioware one more chance and I dont want it screwed up. I think the whole gaming collective deserves a great Shepard-era game for which we can rejoice. Hopefully that will be the beginning of a whole new trilogy once again.

EverydayBeast said:
Me1-3 we’re classics if I were BioWare I would try to establish mass effect 4-6.
Click to expand...

nowhat said:
I'm kinda hoping BioWare just kind of shrugs it off. Like, "yeah, that's what you were told. But actually..."

Because the ending, no matter what color you pick in ME3, just sucks. Which is a shame, because on the whole the trilogy was great.
Click to expand...

I really don't want to see them continue the mainline trilogy. Or if they do set it so far in the future that none of the choices from the original trilogy matter. I know people like to rag on Andromeda and I get why (for the most part), but it offered a clean break from the trilogy and Bioware could have fixed a lot of the problems in a sequel if they wanted.

As much as I love Mass Effect (it is my favorite series ever), I don't have a lot of faith in Bioware to give me a quality sequel. I'll still be there day 1 though.

DeepEnigma said:
"Sitting around the table shooting ideas in the air is going great!"
Click to expand...

yeah, that's what i'm getting from this. sounds pretty relaxing, actually...

Faust said:
Just give me confirmation of the indoctrination theory and I would be very happy
Click to expand...

I thought I was the only one who felt this way. So many people dismiss the IT as stupid simply because it was a fan theory. Bioware has sadly done all they can to distance themselves from it too. However when the game came out, the IT was the one thing that gave me a shining hope that the ending was secretly brilliant, and it's the one thing that makes the ending make perfect sense. At face value, so much about the ending makes no damn sense, and it ruins the journey you took to get there.
F

Lmao please someone closes this studio

Lmao please someone closes this studio
Click to expand...

Yeah, it's embarrassing what game development has become in recent years. You look at games like Mass Effect 2 and 3, and you up the resolution and textures and they still look impressive today. Maybe some dated animation, but I legit loved playing through the Legendary Editions again. Then you also remember they made both of them in less than 3 years per game. Now in 3 years, you are lucky to see a game get a new trailer in that time frame.

iirc they hired some veteran back to make ME4 right. No way Andromeda team is working on this.

The static sound? That’s how you hear player feedback?

I forgot this was even announced

There is some sort of clue in that video within the sound file, but I don't have the time or energy to work out.

The game sounds like it's still many years from completion. I hate it when developers announce a game that won't see the light of day for 5+ years. Looking at you as well Bethesda for announcing ESVI in 2018!

Please god no. Unless it is the Bioware who worked on ME1-3.
R 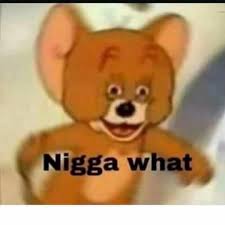 Is this shit frostbite or ue5?

Didnt they say in April that it left pre-production and is in early development ????

Yeah, nothing says "everything is not fine" like having to tell everyone "everything is fine". After Anthem and Andromeda, Bioware need to prove themselves before I get excited again.
You must log in or register to reply here.