Cattle in Kansas Die by the Thousands (NPR.com)

#1. For the comment about lightning, you are not going to have tons of cows just obliterated by lightning. In the 30+ years of my life, we lost less than a handful to lightning.

#2. These are feedlot cattle. These are bred to be big, fat, in semi restricted quarters living absolutely miserable lives. These are not pasture cattle, which means they're going to generate heat that is far in excess of the ambient temperature, and per some reports, it had also rained significantly prior to this, which means the ground was mud, harder to walk through, and retained more heat. If those same conditions happened where my dad farms, the cows have two dams, tons of open space, and they would have been absolutely fine. This pasture has about 50 cows in it, cool grass to lay in, water to support a variety of wildlife, for thirst and to keep cool. My family has always viewed feedlot cattle as being unethical except in severe weather events due to cold/flooding/blizzards. 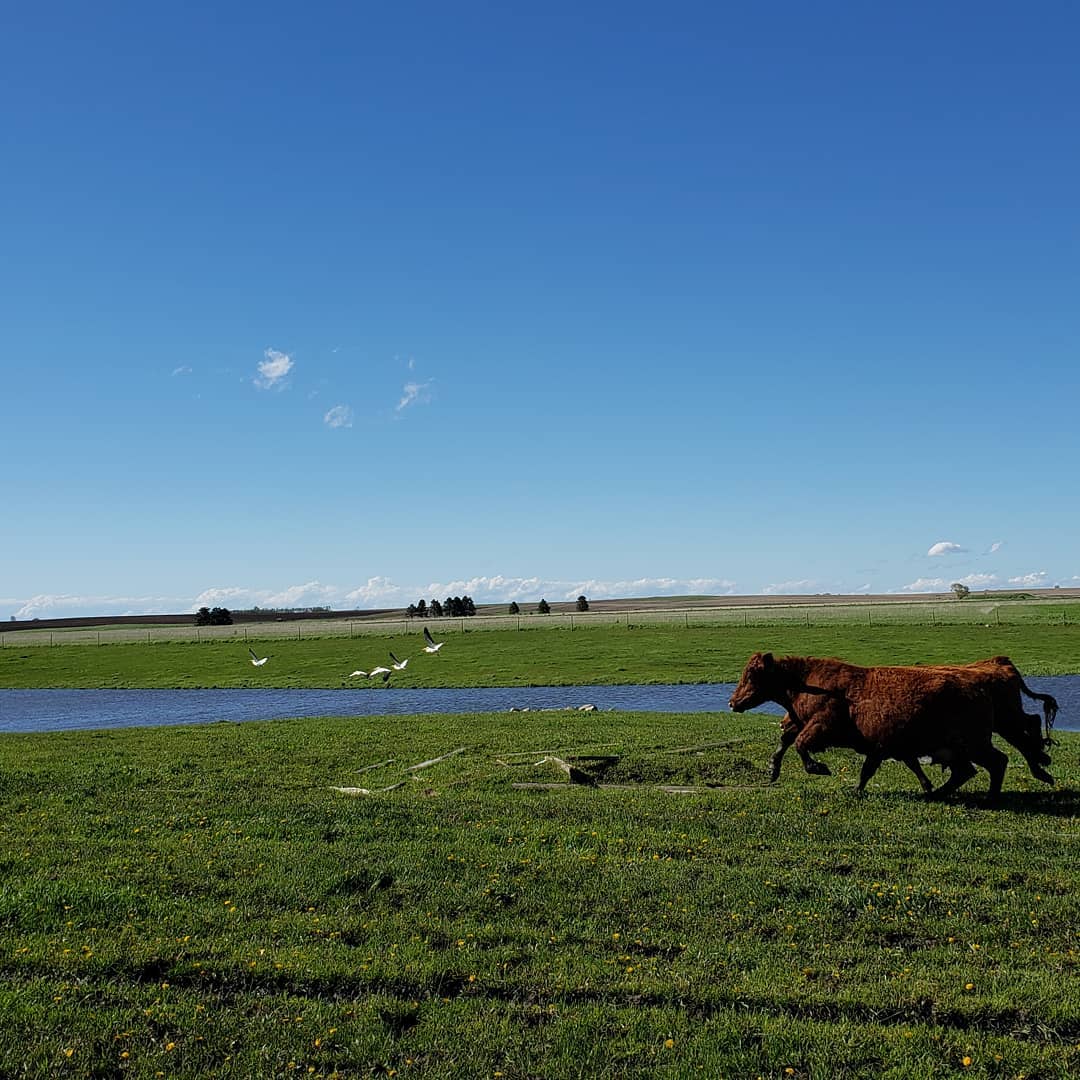 #3. The cows probably didn't need shelter belts; trees aren't really natural to the plains environments, but the shelter belts are awesome for preserving topsoil, and agriculture has been destroying shelter belts. Again, space to get out of mud and away from other heat-producing cows would probably be great.

#4. A contributor; not a primary cause: but the West is already being blanketed in smoke; currently in my third day of an air quality alert, and AQI reached over 150 yesterday; the highest I saw today was in the 140s. This really cool picture below is from one of the two Flagstaff fires. All of that smoke has been blowing into the Rockies and the high plains. 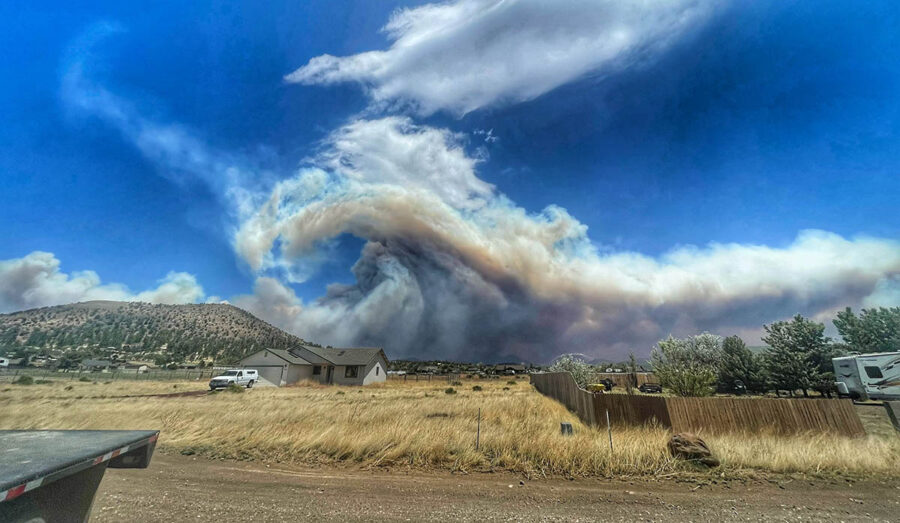 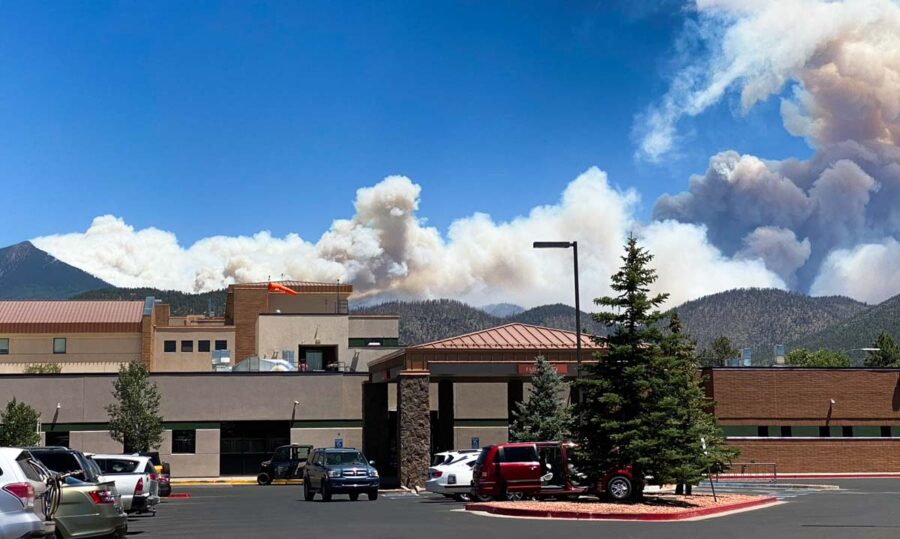 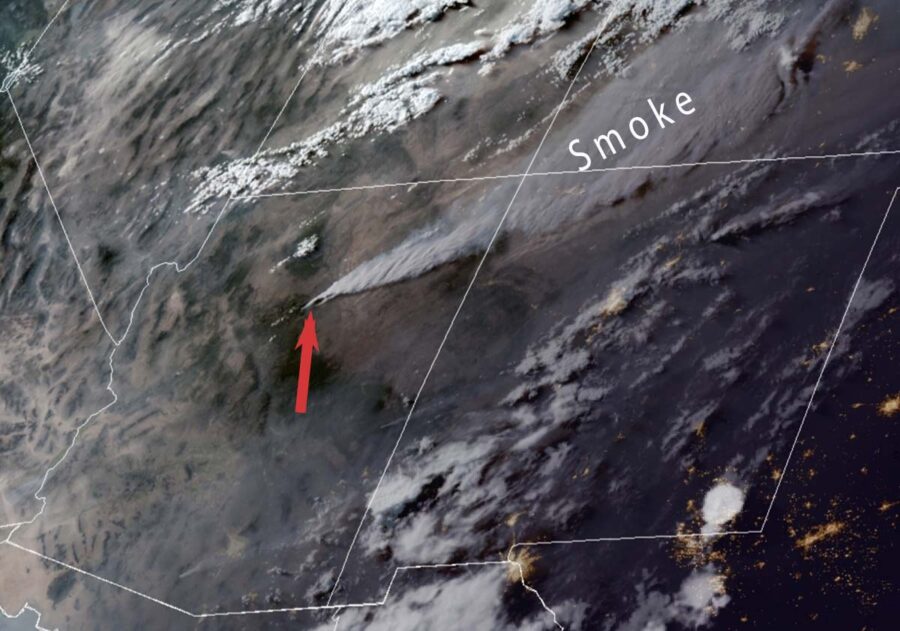 Raistandantulus said:
Is there a word to describe people that panic and try to get others to panic.
Click to expand...

Fear mongers, for one

Raistandantulus said:
Is there a word to describe people that panic and try to get others to panic.
Click to expand...

Hey folks. Why not come on down to our Kansas branch and treat yourselves to our latest 12 for a $1 BBQ Burger deal.

Sosokrates said:
Is thisa regular thing? I mean its hot every year in Kansas.
Click to expand...

Mossybrew said:
Clearly they just lost the will to live, kind of like Padme after childbirth.
Click to expand...

give your cows some water braps

I think it's time to bet big on humanity, 'cause I got a feeling recklessness is about to experience a big correction.
You must log in or register to reply here.

A wildfire wiped out much of my community yesterday

Hawking Radiation replied
Jun 21, 2022
GTA III: behind the scenes of the game that propelled Rockstar to the top of the world
Analysis Retro Game Dev