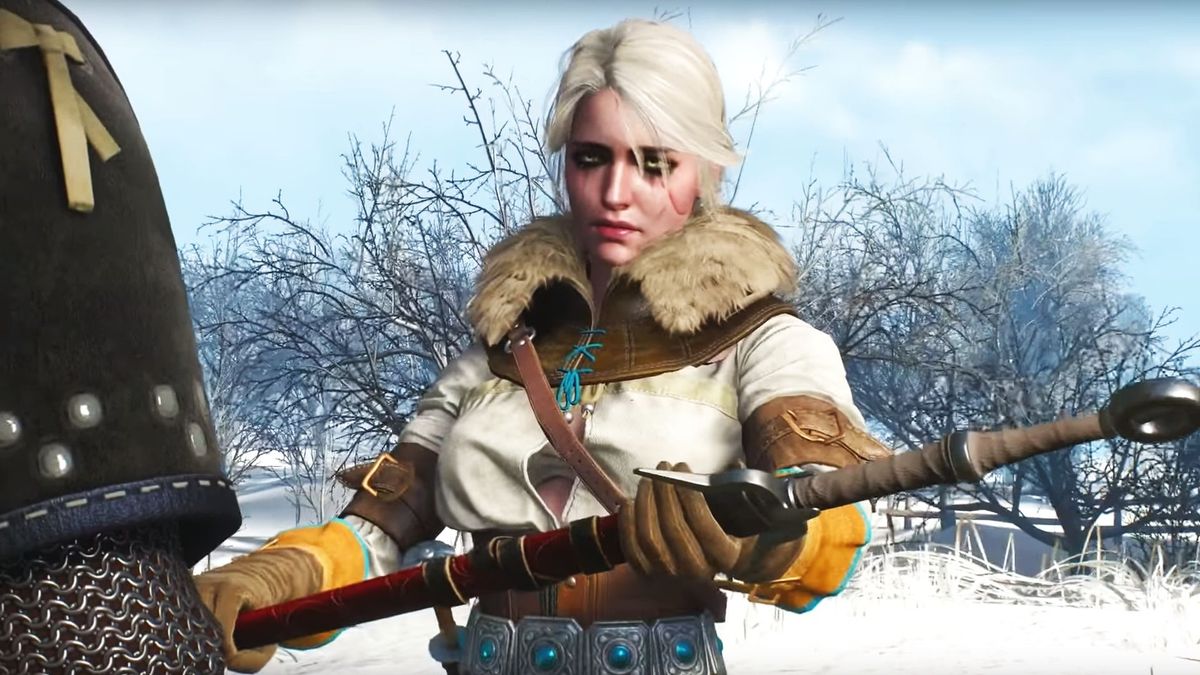 The next game is in pre-production, and CD Projekt is mulling a whole new trilogy.

Earlier this year CD Projekt Red announced a yet-unnamed The Witcher 4(opens in new tab), the beginning of a new "saga" for The Witcher—which now seems likely to be a trilogy. "We said that there will be a new saga. We have in mind more than one," CEO Adam Kiciński said today during a financial earnings call.

"The first saga was three games, so now we are thinking about more than one game," Kiciński said. "But we are in pre-production of the first game from the second Witcher saga." Kiciński reiterated that the current sequel is being developed in Unreal Engine 5, a big shift away from CD Projekt's own internal tools.

Whatever the name of the next Witcher game is, it won't actually be The Witcher 4. "The Witcher was designed as a trilogy and a trilogy cannot have a fourth part, can it?" CD Projekt's Marcin Iwinski said back in 2017. We don't know much more about it, other than that it's in pre-production, and that there's a good chance it focuses on the Lynx school branch of witchers, based on the pendant in the teaser image CD Projekt released several months ago.

I'd have loved a Cyberpunk trilogy. That setting is too good to go to waste. :/

Arachnid said:
I'd have loved a Cyberpunk trilogy. That setting is too good to go to waste. :/
Click to expand...

The setting, in theory, is a good setting. Night City in Cyberpunk is a dead world though, sterile to its core.

I guess this means no Geralt, Cirilla and Yennefer...

i like the witcher but they better be doing a cyberpunk sequel.

i think if they do a sequel it should be like Baldur's Gate 3. it's based off DnD like 2077 is off the cyberpunk pen and paper game. it would allow to make the game more true to that and be a proper full fat RPG. BG3 is an isometric crpg and the cutscenes are used to roll dice/make choices during the story.
Last edited: Sep 8, 2022

Stuart360 said:
The setting, in theory, is a good setting. Night City in Cyberpunk is a dead world though, sterile to its core.
Click to expand...

Nah, it's got decades of lore and worldbuidling behind it. More than 90% of games out there. There is no "in theory".

Cyberpunk, thematically at is core, is fantastic. 2077 is hardly the first or last IP to adopt its themes. 2077 did a fantastic job of translating every facet through different missions and gigs. Just today, I came across a small gig about a soldier who the military packed with so much cyberware, it drove him to near cyberpsychosis. You could kill the dude, ore you could reason with him. If you reason him down, he commits suicide right as you walk away after being discarded by the government with no assistance. Fucking insane storytelling for a random small blue gig.

I get this game has had it's detractors because of the launch on last gen consoles and general dishonesty around that, but that's not representative of the bugless product. There's a reason the game had nothing but 9s and 10s prior to the controversy when reviews were limited to PC. 2077 is fantastic, regardless of the internet brigade trying to tear it down.

Arachnid said:
I'd have loved a Cyberpunk trilogy. That setting is too good to go to waste. :/
Click to expand...

Me too, but after CP2077....I don't know if I trust this publisher to actually fully fund such a thing vs piece meal, scam and patch in AI years later.

Be like "well get to feature of driving cars year 2, but thank you for the money in advance" lol

So many things need to change there for me to feel confident they can pull it off as a publisher, as I'm 100% sure the team can do the work, if given enough actual support and time. Theses patches prove they can do it, but clearly they need real time and more staff as there is a reason why you see Rockstar and Ubisoft have well over 1000 plus working on those open world projects, that is what is really required to have a fully functional open world title. Until those internal changes are made, I'd rather see that concept done by a publisher that knows they need to actually spend the money making the game first, not A-list stars and spending the money on marketing more then the game cost to make or spending it on yellow chairs to money hat journalist lol

Its a whole concept gone to waste based on pure greed. So maybe they want to milk the Witcher IP for a bit and revisit CP2077 as a IP in the future. I like the setting more in CP, but thats just not enough theses days, if they can't pull it off, I'd rather have that focus on Witcher series (thats if they don't fuck that one up just as much or something)


Stuart360 said:
The setting, in theory, is a good setting. Night City in Cyberpunk is a dead world though, sterile to its core.
Click to expand...

This. I'm playing thru Watchdogs 2 again and realizing all the features that exist in that game and some of there were features promised in CP2077. Watchdogs to many might be average, but its functional and actually is a fully playable game with AI, I feel CP is fighting to be average, they are fighting to be a functional game at this point where years later folks are waiting for patches to allow Police to actually act like cops.

Folks can say what ever shit they want about Ubisoft or Watchdogs....we got 3 of those games, neither of which released with us waiting years to AI or some shit. Even the whole train thing is funny when you consider one of the early trailers of CP2077 shows a train going thru the city....scraped, but thats if it even ever existed in a working for at all, yet Watchdogs 1 has a fully working train. GTA 3 has a fully working train...the whole BS regarding PS4 or XONE is irrelevant to many of the features missing in CP2077, as its to question how did everyone else get that shit done on those systems then?


So they made a choice to sell a early access tech demo, to focus on how a game looked vs real functional features and you end up with half a game. So I'd trust a Deus Ex or Watchdogs 4 to pull off those features then some future CP2077 title, simply cause they've already done those features before anyway.

Day 1 for anything Witcher. Bring it on!

why does it sound to me like after the expansion we will never hear of cyberpunk again? i think the game from the indie studio cdpr bought is also going to be a cyberpunk game but from then on it will only be witcher until the end of time

They must regret making cyberpunk specially with the tv show going on now.
C

I love the Witcher games, but it’s commonly known that a lot of the talent who worked on Witcher 3 has left since then. I mean CP2077 is a good game, no question, but when comparing it to Witcher 3 it was a disappointment, so I doubt that they can reach the level of Witcher 3 again.

When something new fails just go back to the thing that worked! We will see how it turns out... I have zero trust in this CD

Just please dont inject it with wokness. Thats all i care about. But i wouldnt be surprised if they did. Whom am i kidding w’ll prob get a lezbo Aloy ”I Need No Man” type character

Stuart360 said:
The setting, in theory, is a good setting. Night City in Cyberpunk is a dead world though, sterile to its core.
Click to expand...

Yeah I bounced off that game *hard. Just no desire to play it more whatsoever.

Witcher 3 one of my all-time favorites.
You must log in or register to reply here.

timothet replied
Friday at 7:33 AM
The Witcher 4 Has Entered Pre-Production
News Game Dev 2