Until they get their shit on Roku devices I'm going to agree with him.

Tenet is one of the biggest original movies released in the last few years, and it was released during a pandemic. This narrative is a bit weird. Ain't no name in this world that puts people on a movie theater like Nolan.

INCUBASE said:
If people can't understand what people are saying, id say that's a bit of an issue

But if you prefer the more muffled version, more power to you, not like dark Knight rises is even a film worth watching twice anyway
Click to expand...

Dark knight rises is still shit regardless, first 2 films were great tho

Streaming is exploding, HBO Max is common how do you hate the service? Sounds like an old man, viewing habits have changed. There’s still theaters out there Nolan.

thefool said:
Tenet is one of the biggest original movies released in the last few years, and it was released during a pandemic. This narrative is a bit weird. Ain't no name in this world that puts people on a movie theater like Nolan.
Click to expand...

Never said the movie is bad, just that the dude comes off as salty.

In fact, I really like all of Nolan's movies, except for Dunkirk, which I found very disappointing.

You couldn't be more wrong.
F

Tranquil said:
You couldn't be more wrong.
Click to expand...

We're in a new era of twitch streaming, content everywhere. I don't think most are looking for quality anymore, they just want something to watch

But, now, a man (me) that took his family to the movies about a dozen times a year, won't see another movie in a theater at least within the next decade. NOT because of COVID scare and NOT because of "comfy couch, home theater" bullshit either. Because the studios and the theater chains are pussies. They bought the narrative of lockdowns and now they're paying the price for it. Fuck em.

Oh and fuck anyone who is saying Nolan is at fault for releasing a movie during a pandemic. They could've social distance, required masks, and taken temps at the theater to let them stay open and keep people safe. But, because of poor leadership, the middle men (NOT rich millionaire movie stars), the working grunts at both the theaters and the studios are now out of a job. That is not because of Christopher Nolan. That is because of the lockdowns. So fuck you for supporting them.

Also, while I'm giving out fucks, fuck the basement-dwelling, bathrobe-wearing losers who think this is a good thing because now you can watch $200 million dollar blockbusters on your couch a month sooner. I swear all of you live in the same shitty town and must have the same shitty theater experience since that's all your arguments ever consists of. My theater experiences have been mostly positive in my lifetime. As in probably 99% of the time. Why do you think it's such a good thing to limit people's choices just because sunlight burns your eyes when you leave your basement to go to a theater? Unless you are super rich, you do not own the equivalent of a movie theater experience. I'm sorry, you just don't.

Besides, you dumbasses think this is sustainable? They can sell tickets PER PERSON to see a highly anticipated new movie. With Wonder Woman, I ain't paying for shit since I already have an HBO Max account through a friend. That's $50 of my money they will never get and this will happen all over the country.

There is a major drought of movies coming and it is not a virus's fault nor is it the fault of what you guys think of is some out-of-touch movie director. It is 100% because of the unnecessary, draconian, smooth-brained leftist politicians and their precious lockdown policies.
Last edited: Dec 8, 2020

FullMetalx117 said:
We're in a new era of twitch streaming, content everywhere. I don't think most are looking for quality anymore, they just want something to watch
Click to expand...

Honestly I don't even know what twitch streaming is. I just like good shows with an engaging story line that's well acted.
E

I don’t care about people that are making millions of dollars crying. Go get your damn lawyer and work something out. As a consumer this is the BEST decision ever...

Pumpkin Seeds said:
HBO Max is pretty lame. No HDR 4k options. Isn't included in HBO streaming, but is its own thing. Have to jump through other access points to get it since they haven't set up deals with major streaming devices. Yada yada.
Click to expand...

WW84 is the first one coming in 4k and HDR I believe.

e&e said:
I don’t care about people that are making millions of dollars crying. Go get your damn lawyer and work something out. As a consumer this is the BEST decision ever...
Click to expand...

If WB has the rights because they funded the movie, they can distribute it any way they see fit. Nolan may have clause in his contract that his movies must be in theaters.

Streaming is just TV under a different name, you realize that, right?

It's lipstick on a pig (bad lipstick as well, because the quality is shittier than native blue ray players). If TV was the end-goal of movie studios, why not embrace cable/satellite 20, 30 years ago?

But nope, someone plugs their internet into their TV & suddenly the corporate suits are like "we can bypass cinema!".

There are rumours that HBO Max will get ads now. I wouldn't be suprised if this did happen.
Introduce ads and a higher priced tier for no ads. 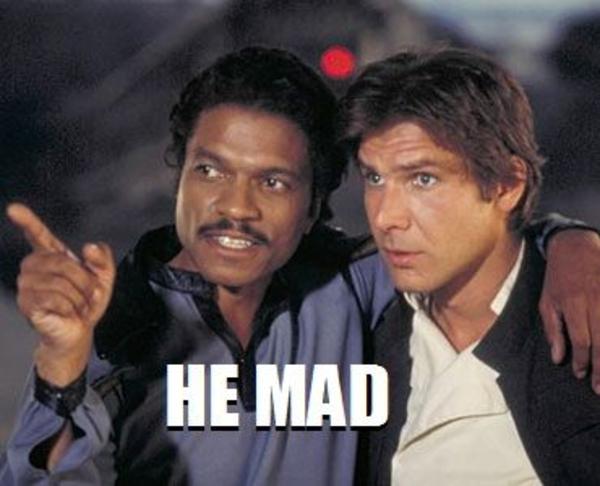 Hudo said:
Never said the movie is bad, just that the dude comes off as salty.

In fact, I really like all of Nolan's movies, except for Dunkirk, which I found very disappointing.
Click to expand...

He does have a point though. It is going to kill movies and that means the end of the big budget action adventure. I highly doubt people will go back to the cinema after getting a taste of home video for cheap. $15 a month for a service you can easily share with your family and friends is going to end up costing them billions in the long run.

The move is clearly put forward by an exec or a suit who gives no fucks about the movie industry and just wants to make some money before jumping ship.

And this is the kind of shit we'll start getting if there are no cinemas.

How many films in that list are note worthy? Sure, some people think Hollywood films are shit and unoriginal, but that list of films is just abysmal in comparison.

You think the streaming trend will follow the path of 3D? Lol?

He isn't entirely wrong. HBO Max is not available in my country so you know full well I ain't coming to America to watch the movies and I'll just pick the other choice ☠
Last edited: Dec 9, 2020

I'd care about these fucking snowflakes if Hollywood produced anything worth a damn in the past 20 years.

Torrent of Pork said:
I'd care about these fucking snowflakes if Hollywood produced anything worth a damn in the past 20 years.
Click to expand...

Fwiw, I don't think Nolan is the dude to go after here if you are anti-Hollywood. Something tells me, much of Hollywood and him are not exactly "chummy".

Something that always bugged me is that if the Oscars are supposed to be a celebration of the art of cinema then why do most of their voters watch all of these movies in their home theaters?

Big chains will probably go bankrupt, but there will be demand post covid, so new cinemas will open

.hacked said:
People stopped going to arcades to play games about time we stop going to theaters to watch movies.
Click to expand...

I use to love going to the movies; for example, one summer during my adolescence I saw Ang Lee's Hulk three times, X2: X-Men United twice, The Matrix Reloaded twice, and Bruce Almighty. I'd go during matinee hours to save money and to avoid crowds.

However, my most recent trips to the cinema, courtesy of AMC A-List and prior to the pandemic, have been different. More people go during matinee hours and they seem to be mostly comprised of couples, who stare at single guys like we're creeps or something. The atmosphere is completely different and not in a good way.

Interfectum said:
You think the streaming trend will follow the path of 3D? Lol?

No, I don't. You're the one doing the sentences, which I think are premature, similarly to other past sentences concerning the movie industry. I think there's more than enough space for both.
Last edited: Dec 9, 2020

Nolan is a pretentious twat who has crawled up his own ass. I bet he seriously thought Tenet was going to “save cinema” or some shit. That said WB has handled this as retardedly as they possibly could, sounds like they panicked when they realized their only big offering for 2021 was a Zack Snyder movie that looks straight out of the 2000s and which already flopped.
T

Wasn't a big fan of Tenet, but I wouldn't say it really flopped. Considering how messed up 2020 has been, it is a miracle it even did as good as it did and that is probably a credit to the draw Nolan is. It definitely would have took more if not for the pandemic.

I can understand why Nolan isn't too happy about the movies going straight to streaming services. It's great for people at home, but can't imagine many people in the business are happy about it.
You must log in or register to reply here.