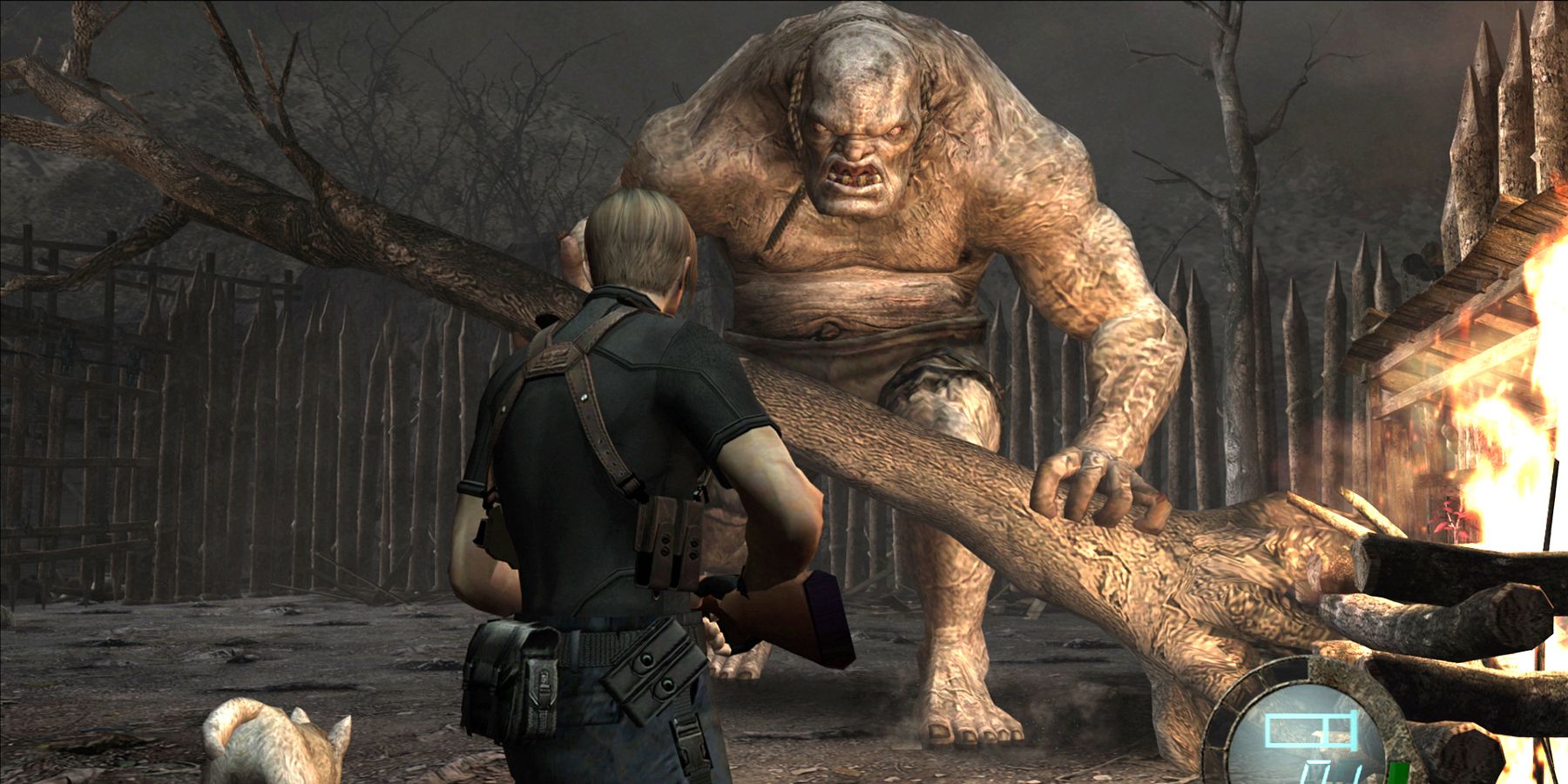 Resident Evil 4 remains an incredibly popular game, and this fan-made video shows how creepy it can look in a different engine.

A discussion about some of the best horror games from the opening years of the 21st century will often lead to people talking about how beloved Resident Evil 4 was, and still is to this day. It may not be the scariest Resident Evil game in the series, but the fourth installment is a classic, with its over-the-shoulder perspective and slight lean towards more action. Now, consider what this 17-year-old title would be like in first-person and built in a different engine.

That's basically what Daniel Siemieniaco has done. Using their skills and experience as a 3D environment/prop artist, they've managed to recreate a moment from Resident Evil 4, only this time in Unreal Engine 4. This is, however, just a visual demo and they are not actually doing a remake of the game in the engine, but the sight of it in this murky lighting, and with Leon's slow movement throughout the room really gives the scene a much creepier vibe.

Once the camera pans through a window, it becomes clear that this is the moment when players first encounter the Regenerator. For those who are perhaps less familiar with the game, Resident Evil 4's Regenerator monster is a brutish, if slow, beast that can regrow its limbs back if they're shot off, hence the name. Players must use an infrared scope to shoot weak points in order to kill the creature. In a tantalizing manner, Siemieniaco's video ends with the monster breaking down the door only for everything to cut to black.

I cannot imagine taking 4 minutes to walk your way across a small room.

So it would look worse than what it could look like in 1st person on the RE engine? Got it.

Lol who cares? Seriously.
UE5 is out.
Really?
Also but really I never ever gave a flying fuck about these types of demos or whatever, but at least do it in the latest and greatest.

Give this man a job Capcom!

baphomet said:
Give this man a job Capcom!
Click to expand...

What the hell was that? 4 minutes of moving the camera like leon was on special k and looking at wall and pipes and barely moving.

What legal result do people think they will achieve when they start YouTube videos or the description with "no copyright intended"?

ArtHands said:
I cannot imagine taking 4 minutes to walk your way across a small room.
Click to expand...

Exactly when I shut it off. "Fan made" yeah we can tell.
B

What the hell was that? 4 minutes of moving the camera like leon was on special k and looking at wall and pipes and barely moving.

Hé probably can do better! He seems to understand what he is looking at.

TransTrender said:
Lol who cares? Seriously.
UE5 is out.
Really?
Also but really I never ever gave a flying fuck about these types of demos or whatever, but at least do it in the latest and greatest.

Edit: Tried to watch a little bit and it was dumb and bad. Felt like a 2008 tech demo.
Click to expand...

To me it feels more like an example or proof of concept. We've been hearing rumors and rumblings of REmake 4 coming soon and this is showing us a small sample of graphical potential.

They clearly wanted quite a long video, but only had a tiny environment to walk through.

No thanks, and RE from a first person pov needs to go.
B

Thanks for wasting my time again

JimmyRustler said:
I put it on 2x speed and it was still slow as hell…
Click to expand...

I was fast skipping every 5 seconds and still feel someone owes me money.

did leon turn into a zombie ? moves in slowmo

Fan must return to do fan, not stupid work

We already know what the entire game looks like in UE4 (RE4VR). Heh.

Davevil said:
Fan must return to do fan, not stupid work
Click to expand...

what's the door sound from again?

These kinds of videos are a nothingburger for me. We've got so many good remakes of classic games I can already imagine what they would look in [insert modern engine]

Resident evil 4 is already available on unreal engine 4 for oculus quest 2 in vr.

IbizaPocholo replied
May 4, 2022
Footage Shows What Resident Evil 4 Could Look Like as A ‘Demake'
Retro Trailer Indie