I just wanted to make a Cowboy Bebop appreciation thread. I know we've all seen it and talked about it a million times over, but it's been over 22 years since it debuted and it's still one of my favorite pieces of media on the planet. I like to revisit the series every couple of years, and well, I'm in the middle of a rewatch now and wanted to give it some love... 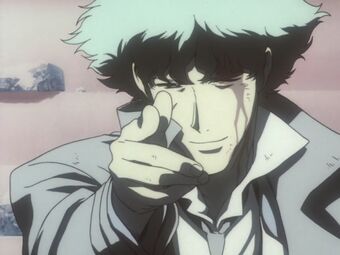 , but he's just so cool and chill, but knows how to kick some ass, and his comedic reactions somehow just flow perfectly in-line with all of that. They couldn't have picked a more perfect voice actor/personality for him (and they are all phenomenal!). Honestly though, Jet and Faye are right there too. It's almost impossible to choose between them three. Some years I watch the show and I change my mind to Jet, other years it's Ms. Valentine. But Spike is always the first to come to mind. Love me some Ein and Ed of of course, but they are there more to round out the crew imo (very important for the flow of the series!), but not favorite character material for me. 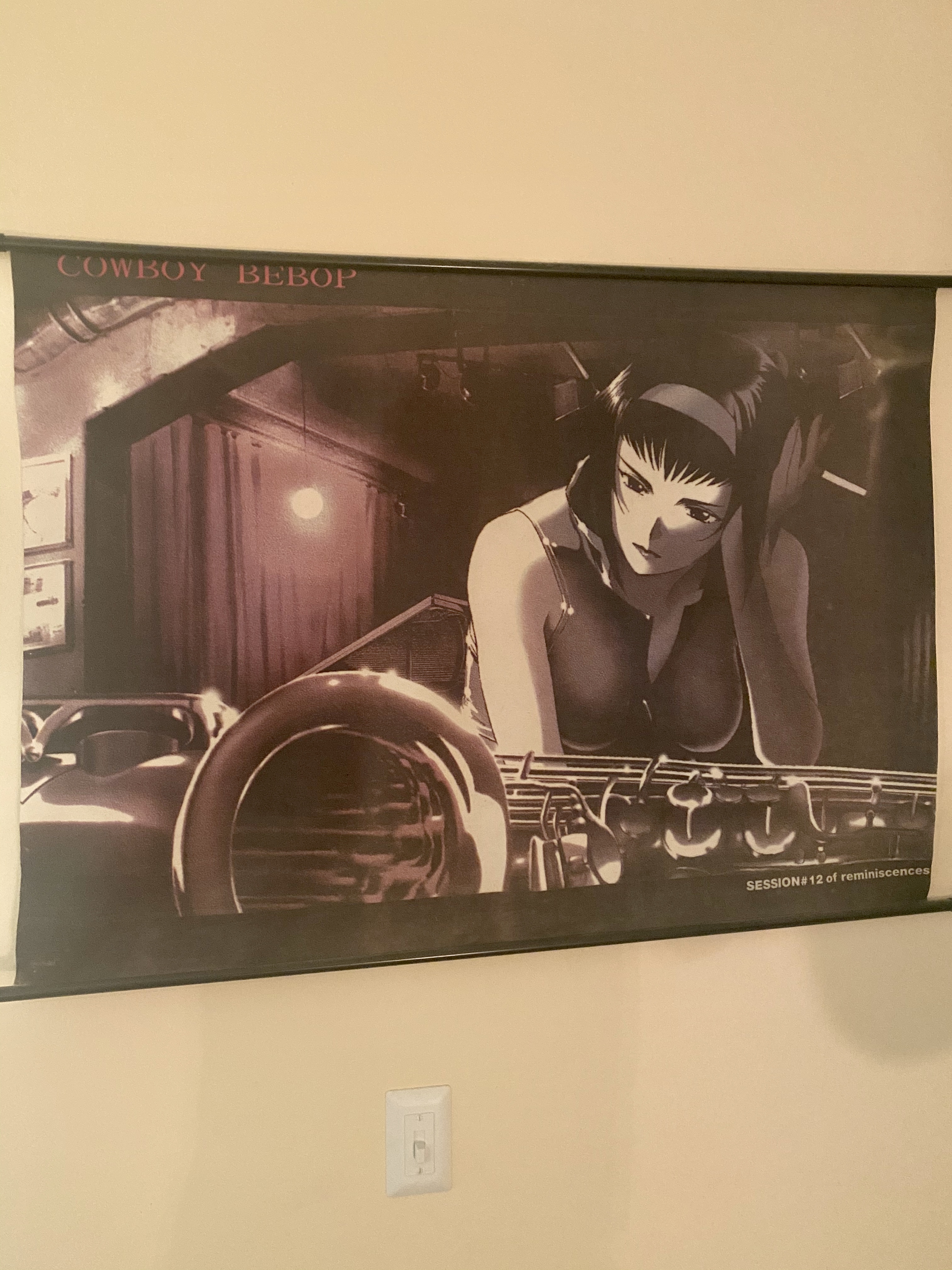 ^That's a wall scroll I've had for over 15 years. I absolutely adore it and I'm never going to get rid of it. I actually can't find it anymore, and I'm not sure it can be remade because that scene actually doesn't appear in the show anywhere. It's like they made a bunch of custom wall scrolls and only released a limited amount (see where it says Reminiscences #12 on the bottom) .... or it's a really fucking awesome boot leg. Either way I'm happy to have it!

So, Jupiter Jazz Part 1 & 2 have an atmosphere that I just want to live inside of. Plus, it's basically the half way point of the series and sheds a ton of light on Spike's past, his beef with Vicious and the love triangle between them and Julia. Before this episode there were some clues, and although Jupiter Jazz doesn't answer all of the questions, it helps in fleshing out some of the details and gives the viewer some context so they can begin to draw their own conclusions.

In addition to all of that, it sets us up for the last half of the series. I'm not 100% on this, but I think we don't see or hear anything more about Vicious or Julia until the series finale episodes, Real Folk Blues Part 1 & 2 (but don't quote me on that). The bit with Laughing Bull (the Native American looking shaman dude) is also a nice touch. I never quite figured out what the meaning of him and his words are, but it's definitely related to Spike and his quest, and it adds a nice bit of mysticism to the series (we see Laughing Bull within the first 10 minutes of the very first episode of the series, so he's quite an important character in some way).

The quote from Laughing Bull, towards the very end of Jupiter Jazz Part 2, shows a shooting star which Laughing Bull describes as "One who has finished a battle somewhere on this planet." (referring to Gren's death) is certainly a foreshadowing of Spike's death and the very last scene at the very end of the credits of Real Folk Blues Part 2 when Spike's star goes out. Gives me chills every time. And that music playing over as Jet decides to let Spike and Faye back in the Bebop, and the whole crew is back "home" - Perfection! Speaking of which...

I mean... my god, how beautiful are these pieces? Masterfully performed and there are so many more! Without a doubt the best music form any show or movie I can think of. As a musician, this is certainly one of the major things that has kept me coming back to this series all these years later. Nothing really more to say here, just listen and enjoy.

This scene wrecks my shit every time I see it because I always forget about it and it just... ugh, just watch it and try not to feel anything lmao (good luck)

I can't find an english version of these next scenes (which is a god damn shame bc the English VA's are actually better than the original Japanese IMO). But basically everything from the end of Real Folk Blues Part 2, starting with Spike saying goodbye to Jet, to Faye trying to stop him from going, finally letting herself be vulnerable in front of the boys, and of course to the end where Spike avenges Julia's death and defeats Vicious so he can finally rest. And then the credits fading from blue sky into black space, illuminated with stars and coupled with the ending song Blue (also one of my favorites) just brings it all home. To top it all off, and make the absolute perfect ending, we see Spike's star go out, then one last shot of his bloody smiling face, and the words "You're Gonna Carry That Weight" appear.

In all honesty, probably one of my favorite things in the world. It says so much with it's short 26 episode run, and has stood the test of time with generations both new and old still discovering it today (and a live action series on the way which we are all rightfully concerned about but... hey, at least we got the OG series!)

Love the show. I have it all in Blu-ray but haven't really binged it yet. The movie was also really well made as well.

Any chance the live action adaptation will be any good?

Cleared_Hot said:
Love the show. I have it all in Blu-ray but haven't really binged it yet. The movie was also really well made as well.

Any chance the live action adaptation will be any good?
Click to expand...

The movie was excellent. I've only ever seen it once unfortunately. Gotta check it out again one of these days...

Guilty_AI replied
Jul 31, 2022
20 years ago this month, ALIAS gave us one of the best girl-on-girl fight scenes ever (spoilers ahead)