Dialogue from Cyberpunk’s first expansion appears to have leaked 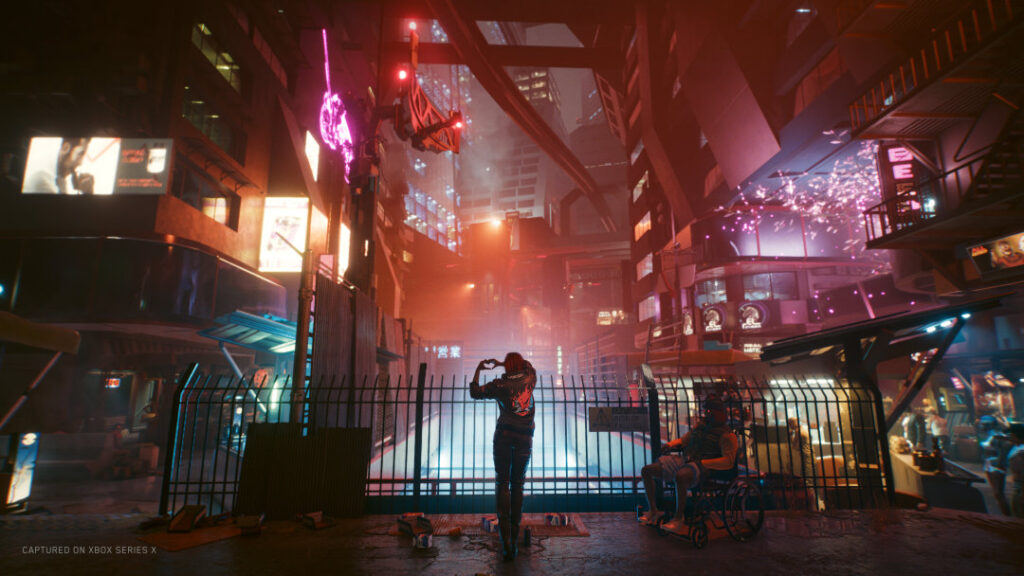 Hundreds of lines of dialogue reportedly from Cyberpunk 2077‘s first expansion have appeared online, seemingly outlining the entire plot of the DLC’s questline. The files, which have been seen by VGC, appear to suggest that the DLC will follow Songbird, a character that was datamined from the original game, and features a finished model.

The files aren’t complete, with several side missions using placeholder text, but the leak appears to confirm that the expansion will include seven main missions.
Click to expand...

Can't wait. I hope they fix more bugs so I can finally plat the game

Excellent. I’ll hold off on a 2nd playthrough until the DLC drops.

In anticipation of this dlc i replayed the whole Witcher 3...

My Johnny went with Alt so I dont expect him to come back.

Edit: hopefully takes place after the main game as there is one specific sidequest that was left hanging.
Last edited: May 26, 2022
D

I heard they're also working on a third person mode. I'll wait until everything is feature and content complete. I bought it for 10 bucks on Russian GOG due to a pre-release glitch and have been sitting on it since.

Nice, enjoyed the game at launch but have no desire to replay it so DLC is always good.

looks like the second expansion is cancelled. yeah they lied again.

This will be like FFXV where there were a lot of promises made, but they too probably came to the realization it's just better to move on and pretend like it never happened. They released the next gen patch, and maybe that is "good enough".

So we wont see the casino then if its the last expansion which means this is meh based on what I read. The casino and mr blue eyes was what everyone wanted ffs.

Sounds fucking boring. That's all? Smells like bs. I hope they feed bs to the dataminer scums.
Last edited: May 27, 2022

Maybe it means working on CP2077 II? One can only hope. I have no desire to play the witcher

I honestly believe the only reason they are doing this was to fill the contractual obligation for the limited edition Xbox One X that came with a preorder for Cyberpunk & it's first expansion. Probably preferable to the class action lawsuit that would have happened if they hadent.

I mean, it means they will focus on witcher 4 so reducing expansions number to just one seem like a good news for witcher fans lol

Why would some people do this? From what i saw on reddit it seems he got some beefs with some upper manager at the company, but this does harm his fellow devs and the buyers more, well i dont know what happens behind the scenes so im not going to judge, but it seems because CDPR are so accepting of hires they are getting some undesired people tbh, if i was the manager there i would be more strict on who gets accepted instead of a high acceptance rate, though i do understand their reputation tanked and they need devs, but this is yet another case of amateur leadership by CDPR.
CDPR is not the kind of company that should grow so big, they cant control themselves, CDPR best spot is AA not AAA.

Anyway regarding the leak, it seems alright but i just like others expected space/casino expansion, it seems the idea was too crazy and demanding that they had to cut it.

Witcher 3 Expansions will remain the best then. This makes me less excited for Witcher 4.

Yeah i dont really blame them, they seem to be struggling to make progress. Probably want to keep their word for one and run away, if they could not release any expansion they would but they know community with tear them apart.

The Cockatrice said:
So we wont see the casino then if its the last expansion which means this is meh based on what I read. The casino and mr blue eyes was what everyone wanted ffs.
Click to expand...

Sadly no, looks like that would be too much effort too little reward for them.
They should at least release source code like Bethesda did with Fallout 4 and let the modding community make what they want with it, but that's sadly not going to happen.
For me even as someone who puts Witcher 3 among my favorite games of all time, i would unironically consider Fallout 4 a better purchase than Cyberpunk 2077, despite Cyberpunk being the slightly better game, i would say the mods of Fallout 4 are amazing, and they can ALONE justify the purchase.
And now CDPR goes back to medieval fantasy LE open world.
Why they dont try to acquire VTMB? the new devs making VTMB games fucking suck, CDPR could use the IP to create a fresh RPG experience for the starving community of WRPGs.

wtf only one expansion now?

I like The Witcher but I really want another Cyberpunk game. They should be working on both a new Witcher + Cyberpunk at the same time with how much they've grown their studios.


Tomeru said:
Maybe it means working on CP2077 II? One can only hope. I have no desire to play the witcher

I like The Witcher but Cyberpunk has so much potential and I don't really want to wait another 10 years for a sequel.
Last edited: May 27, 2022
You must log in or register to reply here.