E3 2022 has been officially canceled

E3 2022 - Digital and Physical - Has Officially Been Canceled - IGN

After previously canceling its in-person E3 2022 event, the ESA has now informed its partners that there will be no digital event equivalent this year either - meaning E3 2022 has fully been canceled.

The news broke via a tweet from Razer PR lead Will Powers, who said that an email had been sent out announcing the cancellation of a digital E3 event. IGN has independently verified the contents of the email as well.

The ESA had initially planned for an in-person E3 event this year after having no event in 2020 due to COVID-19 and a digital one in 2021. However, this was canceled in January, with the ESA at the time unable to make a public statement on whether or not there would be a digital equivalent. According to sources speaking to IGN at the time, discussions around E3 had been fraught throughout the year, with third parties normally involved finding the ESA's ongoing silence regarding their plans frustrating.

Sources connected to the event tell IGN that discussions about a possible digital equivalent have been ongoing ever since, but without strong momentum to drive them. Instead, the ESA seems to be making plans to regroup for a larger comeback in 2023.
Click to expand...

Emails were sent out to the press confirming it:

I am confused. Is E3 canned completely or just this year? Twitter is useless, too many dumb trolls.

Just this year for now but this doesn't bode well for the future of the event.

Whelp, time for every publisher to start announcing their unique event dates conspicuously placed around the same date windows.

To be honest in the past few years only Nintendo was making good presentations.

The last decent E3 was probably when Shenmue and FF7R were announced.
Last edited: Mar 31, 2022

Yup, E3 has been canned.

April fools? Why cancel an online only event.

Draugoth said:
Emails were sent out to the press confirming it:

I hate that Geoff guy so much.


The Tweet in the OP say "cancelled for 2022" so at least for now it seems like it's only this year.

Is this the liquid from another hole news?

Draugoth said:
Emails were sent out to the press confirming it: 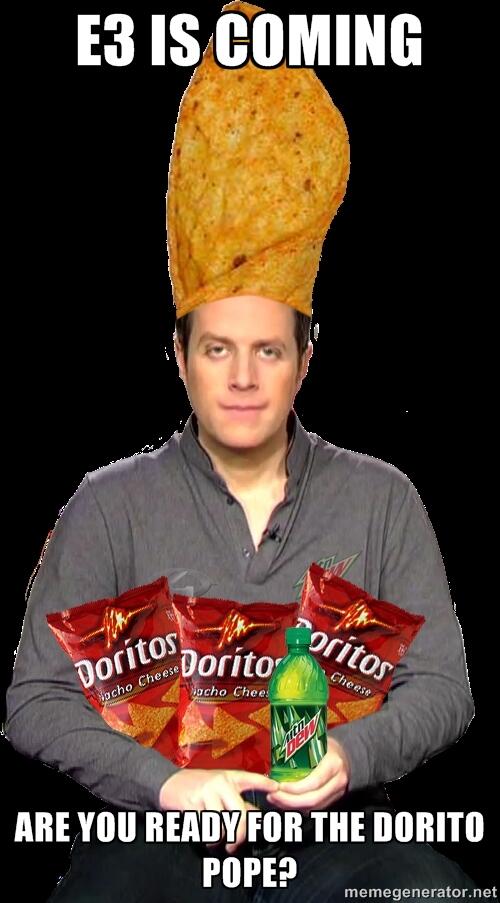 The dorito pope getting ready for that summer games fest banger!

welp summer is going to be boring

"Peeing from my butt" worthy moment right there

Now we are stuck with Geoff and his trash ass shows full of ads, good job people of the internets.

Sad. End of an era. Now that the bigger companies found a way to reach customers without E3, they wont be willing to pay the exorbitant prices E3 asks for.

And when you're missing half the companies, its probably not worth hosting it anymore.

Don't worry, the industry will for some reason let Geoff Keighley take credit for every reveal made all summer long.

E3 < E3 live cringe threads on GAF. Other than that, nothing of value is lost.

I'll never really get the glee people take from E3 getting canned. E3 week was always fun. And much better than the absolute trash shows Geoff Keighley puts out.

Shrug. Without a physical event it's just streams that devs can do as and when they can.

Thats really fucking lame. I miss real e3 so much it hurts

Summer of bs incoming. Ready to be drip fed to boredom.

Dead for a while now but still blows...

It's been kinda shit for a while anyway, companies have been doing their own thing around that time so it doesn't matter if it has an E3 tag on it or not.

is it just me or does the ESA seem like an utterly worthless organization? Maybe it's time for them to die?

Jboemios said:
I hate that Geoff guy so much.
Click to expand...

He's seen this coming though years ago. He was right.
J

geoff is a bitch

I'd rather have something than nothing personally. I wouldn't blame Summer Games Fest for the lame line ups in the past, there's plenty of other reasons.

What the hell has been going on with E3, first Sony leaves, then there's a data leak, then they wanted to bring a lot more influencers and celebrities and now is fully canceled. What a mess.
Last edited: Mar 31, 2022

End of an era. Game announcements just haven’t been the same without proper E3s during the last few years.

The timing on this tweet is no coincidence lol

Dr_Salt said:
Summer of bs incoming. Ready to be drip fed to boredom.
Click to expand...

Now, I won't get anymore of those cringe videos.

Farewell, e3. See you next year, if you are alive.

Cant wait for the latest indie games and whatever ps2 remake thq nordic will shit out next
Last edited: Mar 31, 2022

Sad news. I miss the good old days of huge events like E3, TGS, GC etc., where the devs themselves were demonstrating their work with livee hands-on, instead of those single Youtube reveal trailers we get nowadays.

Yup, Geoff is taking the opportunity promoiting it just like in 2020

I hate it. Less coverage for hidden gems sadly.
T

And now we're stuck with insignificant ''summer of gaming events'' forever.
You must log in or register to reply here.