I'm what Governor Arnold would describe as a "girly man". I post on Resetera and on weekends, I like to get my nails painted. When I have spare time, I like to find reasons to be offended. Is this game for me?

KungFucius said:
This shows there is something fundamentally missing in these scores. If the masses buy this game, many will end up disappointed. Scores should have a component for general likability. They never do, I get that, but this hype thread shows how misleading they are. No way that Elden ring is a more universally liked game than something like Mario Odyssey. Odyssey is something I loved as did my 5 year old. It is enjoyable by people in a 40 year age range where Elden Ring is a niche soulsborne title. Even GOW has a larger appeal. I think there is some delusional fanboy hype playing into these scores.

The highest rated game should translate into a game enjoyed by most people and I can't see that being the case with this game. Instead we have a game reviewed by fans who inflate its rating because they are already in love with this type of game. I wouldn't doubt that they fought to get the chance to review it too. Like, boss, can I get paid for 100 hours playing this instead of Horizon. Similarly I bet there are reviewers on the staff who don't like this type of game that asked not to have to spend so much time on it. This is perfectly fine to get a score that works for the fans, but it wrongly implies universal praise and that is not true.

A review is a subjective account of a reviewer's experience with the game, no more, no less - Elden Ring and Mario both got high scores because the reviewers loved the games, not because they thought X number of people would enjoy them. Why doesn't Call of Duty get consistent 10/10s across the board since it's consistently the best selling video game..? Surely that must mean it appeals to the most people? Is Minecraft the greatest video game ever made?

As someone who considers Mario 64 and Galaxy 1 & 2 as some of (if not The) greatest games of all time: Mario Odyssey was fucking shit lol

Right and wouldn't it be nice if we found out about these flaws when reviews came in? Not later in the forums hashing it out?

Only 96? Yoikes. Disappointing. Guess that's what happens when you try to copy Ubisoft.

Ugh, who want to play this shit now?!

VFXVeteran said:
Can we officially say that Elden Ring is going to snuff the demand for a Bloodbourne remake?
Click to expand...

Possibly temporarily but in the long run I think it will increase it rather than decrease it. I think Elden Ring will reach new highs in terms of popularity and a lot of people might wanna go back and check out the previous games. I played Demon’s Souls last after playing all the other games because of needing to scratch that ”Fromsoft itch”, finishing it on PS3 just before the remake was announced. I think there are a lot of potential new players that want to scratch that itch after playing Elden Ring. If Sony play their cards right they can release a Bloodborne remake/remastet at peak interest maybe 1-2 years on from now.

The artful mincer said:
I was lurking and I'am pretty sure it received a massive backlash actually. (As it should have

it was praised at launch, only people who didn't like it were the guys who didn't vibe with the game's tone

I haven't even played the game and I am lost for words how FROM is going to surpass this one next ?

Shubh_C63 said:
I haven't even played the game and I am lost for words how FROM is going to surpass this one next ?
Click to expand...

VFXVeteran said:
I'm not saying they won't. I"m just thinking that this game will be much more popular over the long haul.
Click to expand...

The trailer looks awesome but being better than BloodBorne? I’ll hold off on making that kind of judgment in two years or so. BloodBorne is still my favorite FromSoftware game and that DLC was simply amazing. 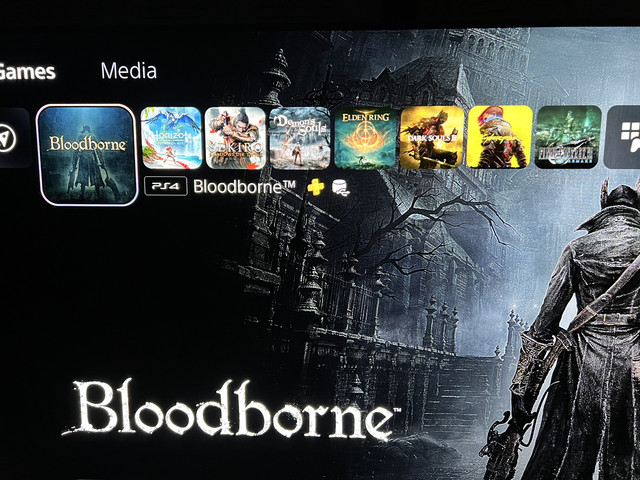 That’s how I’ve been preparing and I have to say BloodBorne is a classic. A remake by Bluepoint would probably sell as much or more than the original.

Edited to add: the hype worries me, I’m sure the game will be amazing but it’s generally hard for any game to live up to this type of hype. People are saying it’s better than BOTW as an open world game.. ? The game where I could cut a tree down and let crush an enemy or roll bombs downhill and watch enemies run off in fear. Or where I can set grass on fire and use the updraft to carry me away. Saying it’s better than BB, a focused and amazing game oozing with character and atmosphere who’s dlc is arguably the best additional content ever. We shall see. Bring it on.
Last edited: Feb 24, 2022

64bitmodels said:
it was praised at launch, only people who didn't like it were the guys who didn't vibe with the game's tone
Click to expand...

Of course there were people who liked but there was a big minority of people that didn't and the silly 98 metacritic just put fuel on the fire if the game came in 88 to 93 I doubt the backlash would have been as strong.

There were plenty of reasons to dislike the game other than vibe, shit controls, repetive missions, no mid mission checkpoints, features cut that were in San Andrea's, taking your cousin bowling to name a few

The artful mincer said:
There were plenty of reasons to dislike the game other than vibe, shit controls, repetive missions, no mid mission checkpoints, features cut that were in San Andrea's, taking your cousin bowling to name a few
Click to expand...

controls were far superior to any GTA that came before, the missions were far superior to SA, mid mission checkpoints aren't needed seeing how short the missions usually are, and you can always deny requests to bowl
not to mention the best GTA story yet and graphics that haven't really aged since it came out all those years ago (especially when you upscale it on PC) meanwhile 5 looks extremely dated years later and you need to put on graphical enhancements to make it look good today. The missing stuff from SA i will admit is a downgrade but there's still enough game in there to keep you entertained and most of it is far higher quality than like 90% of the missions in SA. the only thing i can knock it for is that the PC port is complete dogwater, but you can say that for nearly every 2000s rockstar PC port
i think it's one of the greatest video games ever made but different strokes for different folks i suppose
Last edited: Feb 24, 2022

Props to Elden Ring, just had to wait for other reviewer to finalize their score for the final result.

Regarding the list though. Where is heck is Super Mario Galaxy 2?

No Resident Evil game on the list? I miss GameRankings
Last edited: Feb 24, 2022

KungFucius said:
The highest rated game should translate into a game enjoyed by most people and I can't see that being the case with this game.
Click to expand...

You should notice why you are wrong.

Why this game has so many few reviews?

KingGhidorah said:
Top 5 All Time should be, in no particular order

This list is quite similar to my top games, although I am yet to play bloodborne. I'm still hoping for a remake or remaster. Demons Souls I played on PS5 and while it's not in my top 5 games of all time it is up there.

I have trouble thinking what my top 5 games would be...

So yep I think Elden Ring might just be my fav of all time when I think about it. I never want it to end. I have not found a single moment of the game to be a grind to play so far, the challenge is excellent and there is always a way to defeat a foe just by changing things up a little. I still have little idea about what is truly going on in the story and all these hints about the Two Fingers and their motivations. Gawd I love that there is really just so little expose and explanation and you have to figure everything out for yourself. I really hope the success of this game convinces more developers to take this kind of path.
You must log in or register to reply here.