Recently I've been gathering video game music that makes me emotional. Tracks that really pull my heart-triggers. I then felt the need to write up why they make me feel the way they do - mainly to just get it out. I've collated and expanded upon these and taken out all the "when will this dark pain in my heart end" and trying to work out how to "fill my dark soul with light" sentences. For those interested, here's what I came up with. Feel free to reply with your own picks of music that you wouldn't usually admit make a single tear roll down your face while you stare out of a rain-dashed window.

If you’re reading this then it’s likely you thought something from this game would make an appearance. There were a couple tracks I deliberated on but I decided on 'Sanctuary'. This game had such a unique feel to it. Open world games were gaining traction and this one set the standard for a lot of them.
The soundtrack was something else - Jesper Kyd's Hitman soundtracks were all brilliant and then he comes out with this completely fitting new sound. The setting was like nothing seen before and the charming main character was a rarity in such a game.
Everything came together into one to create a gaming experience I've not felt since which is likely why I'm so fond of this soundtrack.
One thing I realised with later games is that the soundtrack only played in certain gameplay situations and not while just wandering around... I may be wrong about this. But the ambience throughout the world of Assassin's Creed II always stood out to me.
I could walk around on the rooftops of Italy and listen to the music for hours - and still sometimes do.


GAME: Far Cry 5
TRACK: Oh John (Reinterpretation) // and all the others
COMPOSER: Hammock

I've picked this one, but the whole album... my lord (no pun intended) does it stir up the emotions. These post-rock 'interpretations' seem to be completely reworked tracks by the band Hammock. The original versions are based on groups singing hymn-like religious songs which are great in their own right.
I really love post rock but I'm quite picky with the genre - all of these tracks hit the tear-producing part of my brain.
They crop up in the game on the loading screens so it's hard to hear them for more than a minute (console depending). They're coupled with relaxing nature scenes from the game world. It works really well, reminding you the location is a beautiful place despite evangelical fanatics trying to kill you.
I'm unsure if the subject matter propels the emotional vibe forward or if they simply just know all the chord progressions that hurt my heart. Bliss.

BONUS: ‘The World Is Gonna End Tonight’: https://www.youtube.com/watch?v=ODi7RhlS6pM
A great folk song in its own right. Great soundtrack overall.

Robin Beanland writes multiple sea-shanty inspired songs, all sounding like authentic sea-shanties. One of these is 'Becalmed' which evokes both adventure and heartbreak. There's a version with lyrics, however the 4-piece version is enough to make your eyes water from the sea air - for sure it's from the sea air.

BONUS: ‘Who Shall Not Be Returning’: https://www.youtube.com/watch?v=miPL_pIVMgE
A phenomenally performed piece. Also an in-game shanty but the version with lyrics exceeds at full billow.

This is the album version of a track that plays throughout the game.The band Sea Power (previously British Sea Power) provides the soundtrack to Disco Elysium and some tracks are taken from their albums, some modified slightly. I went in blind with the game and was quite blown away by everything about it - and the music only enhances the whole gloomy experience. I’ve seen them live a few times over the years and they’re always amazing. They used to have someone dancing through the crowd in a bear costume at their concerts - that’s all you need to know, really. Give them a listen.
Buy the Disco Elysium soundtrack here: https://seapower.bandcamp.com/album/disco-elysium

BONUS: ‘Fire Escape In The Sea’: https://www.youtube.com/watch?v=_z7uB9pSR5A
Another album version of a track you hear in Disco Elysium. Great band.

This game looks beautiful, hilarious and the music enhances everything by thousands. I love just being in the world with the whole atmosphere of the hand drawn Caribbean.
The instrumentation is some of the best I've heard in a game.
Michael Land’s back for Return To Monkey Island and I’m excited for everything about it.

Minecraft will likely hold some place in your harddrive (heart). The music, while quite simplistic, always takes me back. Whenever certain tracks start playing when you're looking over a vista of blocky infinity or when the rectangle rain starts to come down I always get procedurally-generated chills down my perfectly-angled spine.

BONUS: 'Minecraft - Volume Beta': https://c418.org/albums/minecraft-volume-beta/
A collection of delicious dark doom-scapes; alternate versions and new compositions. I don't think a lot of these are in the games. Listen to 'Alpha', for a more orchestral version of Mice On Venus which will make you want to parade through the world.

From the opening, as you ascend up to the city in the clouds, the music screeches to a somewhat juxtaposed climax; all but one instrument is heard - a clang-y old time piano. Once you've landed within the church-like building, the song ‘Will The Circle Be Unbroken’ continues with angelic vocals which enhances the feelings even more. It's such an emotional scene which, again, I can't really explain as to why. A testament (no pun intended) to everyone involved in perfecting that scene. Perhaps it's how heavenly the city appears with the promise of a perfect location.
Either way, hallelujah.

BONUS: ‘Tainted Love’: https://www.youtube.com/watch?v=ccq__bsQ8Kc
Reimagined versions of popular song appear throughout the game including this - Tainted Love by Soft Cell.
The in-game explanation behind why they exist in the first place is also brilliant.

Walking around a run-town subway station, distant train sounds, weird experiences in the dark... there's a lot of melancholy in this game.

An absolutely beautiful piece of music - and it plays every time you climb to the top of Big Ben. The build up while climbing followed by the view across Victorian London is simply astounding.
It's strangely emotional; seeing, hearing and feeling the history and thinking about how things have changed.
Say what you want about the story of Syndicate, but I found the setting and the implementation really good. I found myself standing on top of the train which acts as your 'base' for 10 minutes and just observing the world around me. Unfortunately the last city-based game in the series.
Buy it here: https://austinwintory.bandcamp.com/track/too-dreadful-a-practice-for-this-open-air

BONUS: 'Jokes Jokes Jokes': https://www.youtube.com/watch?v=inQHl4CpMSk
One of the many specially written songs in the style of music from that era. Been singing it to myself now and again over the years. 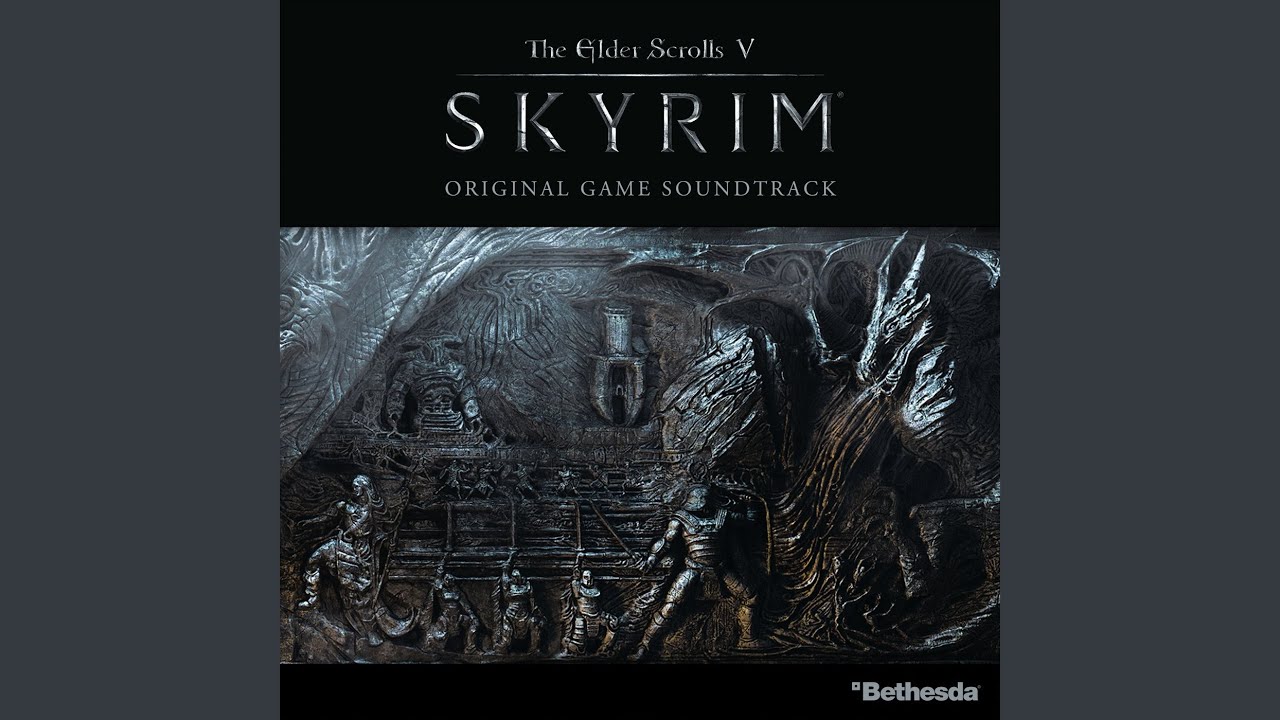 www.youtube.com
One which hits the nostalgia gland. Discovering forgotten ruins with glowing night skies and snow gently falling with this music playing was such a lovely experience - every time.

...yes, another Assassin's Creed track. Yes, another sea-shanty. Yes, the sea air is getting in my eyes again.
All the sea shanties heard while sailing around the world sound authentic and make you want to join in despite how many times your neighbors complain there’s a noisy pirate living next door.
Buy a solo version here: https://seandagher.bandcamp.com/track/leave-her-johnny


That's it for now! Thanks for reading/listening/weeping. Will update if I come across any others. As I said, feel free to post your favourites here.

I've not played Xenoblade Chronicles, but this song came up in a playlist. The chorus is beautiful, if I may say so. I think the lyrics are about some dead AI getting a new robot body back so she can bone the protag lol, but they're vague enough it could apply to any romantic relationship.

As someone who's been single for way too long, yeah, this one hits hard.


Edit: how do I embed a video into a reply and not just a link?
Beyond the Sky - Xenoblade Chronicles
Last edited: Jun 8, 2022

Plenty of tracks in both Nier titles could qualify, but this one, goddamn, especially the ending E version:

the BEST song of all MGS series

Still one of the best, thanks SEGA. It came at just the right time too allowing the player some time to digest the implications of episode 1's ending.

For anyone who's played the game, you know why this track is emotional and why it's used in such a masterful way.

The first time that I cried over a game...
Still touching...

While from 2 different games, the times they hit are so damn effective IMO. So, listening to them just takes you back to that feeling you had when you first experienced it.


Just a remarkable piece of music. I've got a bunch of versions and arrangements of this, and every one gets me every single time.

Here's a remix if chip-tunes aren't your thing

Oh, and if you've not had enough already! This cover by C64 scener Jogeir Liljedahl entitled "Just Married!" is probably my favourite as it captures the strange bitter-sweet quality of the tune. Youtube version is a little flat sadly, so I'd recommend seeking out the original in Amiga .mod format *all 40k of it!)

Some amazing choices in the OP and throughout, but what the fuck yall crying at video games for? Jesus.


Seriously after the slobberknocker of what was revealed in the MGS3 ending for the first time - this was like an extra punch to the gut - and not only that it leads into the MGS main theme. Wow.


Not fair. Not fair at all.

jaysius said:
Some amazing choices in the OP and throughout, but what the fuck yall crying at video games for? Jesus.

Everyone cried. All those who claim otherwise are either liars or Terminators in disguise.

Everyone cried. All those who claim otherwise are either liars or Terminators in disguise.
Click to expand...

Telltale shit is so poorly written it’s almost impossible to connect with that corny shit.

If your that soft life is going to be filled with tears.
Last edited: Jun 8, 2022

"Draped in monster hides, eyes shining with intelligence. A youth surviving against all odds"

hate sad/melancholy songs in games that have lyrics. never seem to land right--makes me cringe.

sad/melancholy songs in games w/o lyrics? love it.

first one i ever came across:

If your that soft life is going to be filled with tears.
Click to expand...

From the true ending to Life is Strange.

This theme is an everlasting proof that love is real
A

From that Dead Island trailer a while back that made a big splash.


From perhaps one of the greatest end credits ever in a game, from Wolfenstein: New Order, it's a bit slow and doesn't work that well outside the game, but it hit like a ton of bricks after finishing that game.


This always hit me, from Braid.


Spiritfarer revolves around these themes a lot.


Ori and the Blind Forest got a nice bittersweet theme.


Far Cry 2 has some sadness over it.


Fire of War from Shadow of War was a nice ending song, although maybe not too sad per say.


Beneath the mask was always a bit sad in the context of the game, not sure if it works outside of the game.

The whole Majora's Mask Soundtrack but mostly these:

The GOAT. Played the game before the anime even existed.