Had the chance to mess around with MKX yesterday. I think the immediate thing people will notice is how good it looks without viewing it through youtube or a stream. That Sky Temple stage is ridiculous.
T 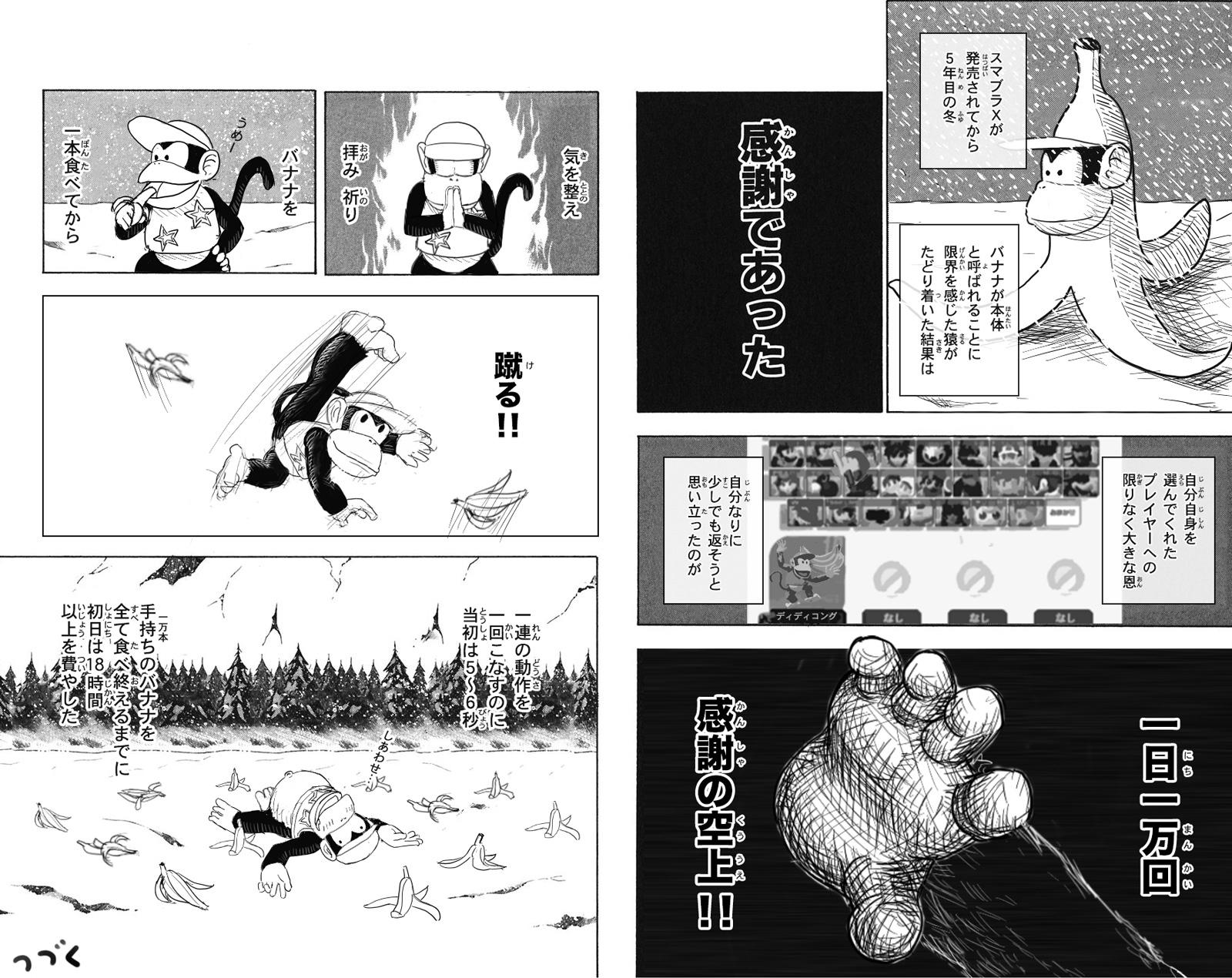 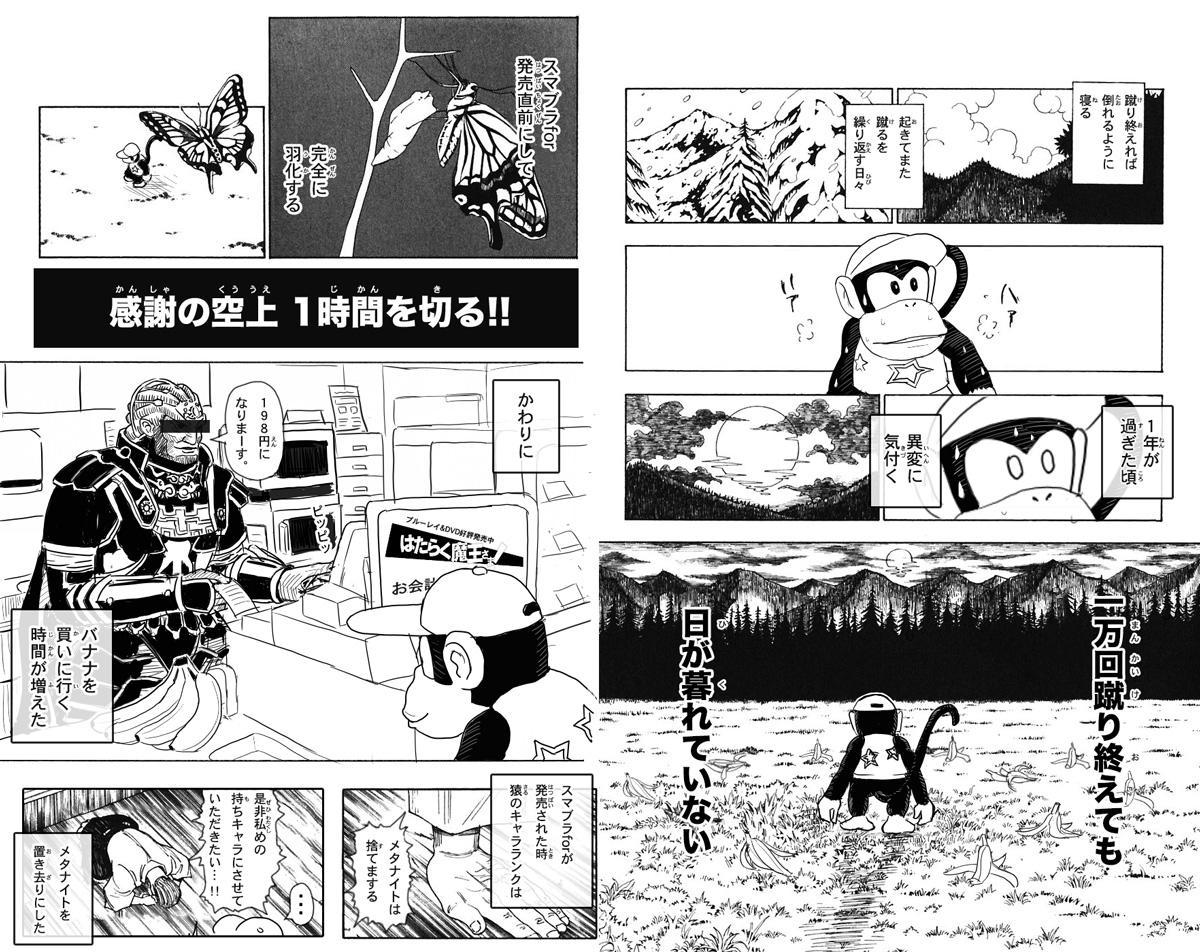 Wow, in MKX the Krypt is a first person adventure game with doors to unlock from the other side, items to use on things, and everything, lol.
C

Looking at the standings, fucking hell. That Abuget cup gave out the freest points.
X

Slamtastic said:
Wow, in MKX the Krypt is a first person adventure game with doors to unlock from the other side, items to use on things, and everything, lol.
Click to expand...

Year of Mago? Hold ur horses till end of year. He will get bopped! Haha.

It's weird how CPT has been making me watch -less- street fighter instead of more. All of it is on Capcomfighters now, and they only have archives for subscribers and most of the US stuff is very late at night for me...

SquirrelSoup said:
It's weird how CPT has been making me watch -less- street fighter instead of more. All of it is on Capcomfighters now, and they only have archives for subscribers and most of the US stuff is very late at night for me...
Click to expand...

Yeah the archives thing really turns me off watching anything on their channel outside of the few opportunities I have to catch things live. I am surprised with them having a lock on most Street Fighter streams that they are still charging to watch archives or maybe I shouldn't be.
R

FGW | Forget the Detergent, everything was already Washed

FGW | Even the brackets are washed up

RockTurtle said:
FGW | Forget the Detergent, everything was already Washed

FGW | Even the brackets are washed up

FGW | Geese On A Mammoth Your Tournament Is Invalid
G

Regarding NCR2k15 USF4 Top 16, you are completely right.
B

(i) incorrect or inaccurate information whether caused by users or by any of the equipment or programming associated with or utilized in a Tournament or by any technical or human error which may occur in the processing of a Player&#700;s registration or gameplay;
(ii) any error, omission, interruption, deletion, defect, delay in operation or transmission, communications line failure, theft or destruction, or unauthorized access which may result in alteration of gameplay or game results;
(iii) any problems or technical malfunction of any network or lines, servers or providers, equipment, or software, including any injury or damage to Player resulting from participation in a Tournament;
(iv) injuries or losses to Player&#700;s person or property arising or resulting from participation in a Tournament;
(v) any acts or omissions by Tournament Entities or their employees, whether negligent or willful, in the conduct of the Tournament;
(vi) any equipment or software malfunction; or
(vii) the inability to complete a game due to any technical malfunction.
Capcom or Tournament Organizer, as the case may be, and at its sole discretion, may require the replaying of any game, match, Tournament, or declare any of the foregoing null and void by reason of any technical or other system error. If for any reason a Tournament or any portion thereof is not capable of running as planned, including infection by computer virus, bugs, tampering, unauthorized intervention,
Click to expand...

crossposting based off of this they can reset the matches
D

This gets my vote!
G

This is better than what I've got.
A

And On the Third Day, The Bracket Was Resurrected
E

Either of these.
S

this is the one
1

Thank you I third this lol
B

Was wondering if anyone from the FGC had any thoughts on this. (apologies if this isn't a good place, wasn't sure how to get FGC eyes on it - sure I'm not the only one playing BB as well )


BioBooster said:
Experienced Souls player here, this is one of my favorite threads on GAF rt now - have been reading for days. Finding BB to be exquisite.

Here's a question for new-comers: Is anyone a fighting games player?

I ask this because fighting games are the least blamed for cheap mechanics or design when it comes to performing poorly at them. Everyone knows that you need to learn the mechanics/rules, gain the required muscle memory and play with great awareness to the situation in order to exact your strategies or find openings and effectively land your combos. Everyone knows this.

Now, almost everything said above applies to both BB and other Souls titles. That said, this correlation is not apparent to most because it's obfuscated by the genre (action RPG where the majority of titles are dissimilar in this respect). There's a fair amount of expectation for the game to be designed in such a way that things just work out for the player without any investment into the game by many casuals and journalists who've expressed complaints.

Fighting game players who are new to BB:

Are you finding that you don't have nearly the same number or type of gripes about the game? And does BB tickle some of your FG sensibilities?

Once you get into PvP, I guarantee that it will hit you on the head. Just happens to be a 3rd person view and there are a bunch of RPG chr adjustables thrown in, but at that point you may as well consider it a unique type of fighter.

There are a lot of comparisons to be drawn; you are taught some basic mechanics in fighters (or even in the case of fighters with robust tutorials...), but to get to the real meat of it, you experiment/practice and perform research in order to succeed.

I think there is a beautiful comparison to be made between souls & fighters here.

Blaming the controller for a failure? lol, that might be the only common complaint you can get a good laugh out of for both of these platforms
Click to expand...

FGW I but...the future refused to change(except for Kazunoko).

I wish I could've thought of it.

but the washed up aspect is still fresh doe right?
D

I wish I could've thought of it.

FGW| but...the future refused to change, still DaiGOAT
(if he wins)
U

this is the one.
K

BioBooster said:
Was wondering if anyone from the FGC had any thoughts on this. (apologies if this isn't a good place, wasn't sure how to get FGC eyes on it - sure I'm not the only one playing BB as well )

A lot of BB players migrated from Destiny and I know none of them play fighting games. Some of them do have the mentality to play fighters.
T

Loss to Daigo or not, the thread title needs to be FGW l GamerBEAST
B

Represents daigo winning and the replay stuff.
Click to expand...

Because he still would be DaiGOAT
A

"FGW | Amatuer Hour @ Pro Tour" was funny for like 20 mins, but it should be DaiGOAT
B

gets my vote
D


Pls don't ban me
You must log in or register to reply here.