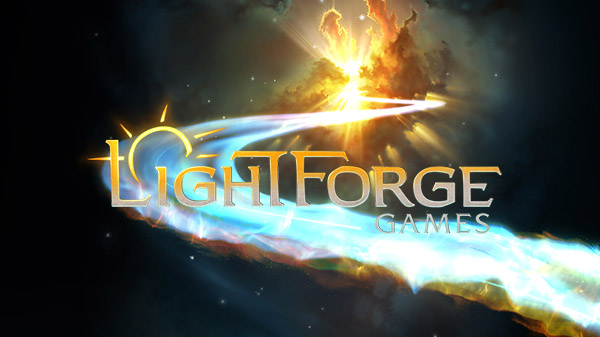 Former Epic Games and Blizzard Entertainment developers have announced the establishment Lightforge Games, an all-remote studio “on a quest to change how RPGs are played” and currently developing a “cross-platform, social video game where players have the power to create worlds and tell stories with unprecedented freedom.”

The studio recently raised $5 million with investments from 1UP Ventures, Dreamhaven, Galaxy Interactive, Maveron, NetEase Games, and angel investors from the games and technology industries.

Lightforge Games was founded by industry veterans Matt Schembari, Dan Hertzka, Nathan Fairbanks, Glenn Rane, and Marc Hutcheson and has since expanded to include another six highly experienced developers. Its team has history at studios such as BioWare, Blizzard Entertainment, Epic Games, Riot Games, and Zenimax Online Media, and has shipped games such as Diablo III, The Elder Scrolls Online, Fortnite, Hearthstone, Overwatch, the StarCraft 2 trilogy, Star Wars: The Old Republic, World of Warcraft, and more.

“We all love highly social, creative games, and we particularly love games where players drive the narrative,” said CEO Matt Schembari in a press release. “We are looking to combine elements from Minecraft or Roblox with tabletop RPGs to form a new way to play roleplaying games. Given our backgrounds, making a game that looks to revolutionize RPGs was an obvious choice.”

Schembari added, “We’re building a studio for the long-haul where empathy for players and developers alike is at the core of everything we do. Building a fully remote company allows each team member to live wherever is best for their life situation.”

Former Epic Games and Blizzard Entertainment developers have announced the establishment Lightforge Games, an all-remote studio "on a quest to change how RPGs are played" and currently developing a…

And now announcing, Lightforge Games has been purchased by Microsoft.

Can't really give them any credit, it's empty words right now.
Reactions: junguler

on a quest to change how RPGs are played
Click to expand...

combine elements from Minecraft or Roblox with tabletop RPGs
Click to expand...

Reactions: Barakov, Kuranghi, Sentenza and 3 others

That's a bummer.
Reactions: junguler
B

So its a another multiplayer open world craft game with player created dungeon , am I right ?

yeah, let's make a wheel that's not round, i wonder how that would turn out hmmm...
Reactions: Sentenza

junguler said:
yeah, let's make a wheel that's not round, i wonder how that would turn out hmmm...
Click to expand...

I can already tell by some of these quotes I’m going to hate their hot take on the RPG genre.
Last edited: May 15, 2021
Reactions: Saber and junguler

bbeach123 said:
So its a another multiplayer open world craft game with player created dungeon , am I right ?
Click to expand...

Sounds (to me) a bit like they want to be the go-to place for people who want to play D&D and such online--more like a platform than a game.

If so, that seems neat. I get nervous when people throw the word "empathy" around though. To some folks, it no longer means feeling for and identifying with others, but instead signals a swift banhammer for wrongthink. We'll see.
Reactions: Kuranghi

I‘m still waiting for an RPG that does what Peter Molyneux promised Fable would do, back in the early 2000s.
Last edited: May 15, 2021
Reactions: Elder Legend and Zannegan
You must log in or register to reply here.

News Hype Dreamhaven is partnering with multiple studios and some are former Blizzard devs!

May 30, 2021 started Varteras
May 31, 2021
Varteras
News Just Cause creator Christofer Sundberg establishes new studio Liquid Swords, will bring back game development to where it should be