Gamingbolt interview with Cobra Kai 2 Director: I think in general [The] Series S should hold up for a good while.

Xbox Series S “Should Hold up for a Good While,” Says Cobra Kai 2: Dojos Rising Director

Whether or not the Xbox Series S is going to be able to stick around for as long as the current generation lasts is something that’s been questioned more than a few times over the last couple of years. Many, of course, have made their opinion on the same known, but it seems like though Xbox Series S its fair share of fans who believe it to be a sufficiently powerful machine, there are others who are less convinced about the gap between it and the Xbox Series X.

Someone who falls in the former category, it seems, is Paulo Luis Santos, game director at Flux Games – the developer of the recently-released fighter Cobra Kai 2: Dojos Rising. Speaking during a recent interview with GamingBolt, when asked about the weaker variant of the current-gen line of Xbox consoles, Santos said that he feels there’s enough to differentiate the Xbox Series X and S, and that the latter should be able to “hold up for a good while.”

“I believe that a customer that purchases the Series S is aware that it’s not the same specs as Series X, and is generally fine with that, so it shouldn’t be a huge problem if it’s slightly different from its more powerful sibling,” he said. “That being said, I think in general Series S should hold up for a good while and since these technologies evolve so fast it’s super hard to predict how long it lifecycle will be.”

Microsoft, of course, has remained insistent the Xbox Series S doesn’t hold back game development, but rather advances it owing to how much more accessible it is, thanks to its cheaper price and greater availability. Some developers, however, have talked about the constraints its relatively weaker hardware puts on essentially any game that intends to release for the Xbox Series X as well. Whether or not this turns into a significant issue for developers at large remains to be seen.
Click to expand...

Gamingbolt will Gamingbolt but I agree with Cobra Kai 2's director that consumers are aware of the differences and choose accordingly.

I also don't really think there's need for a "debate" about if the S is holding development back, when even back near launch Microsoft made it clear the intention was to start with the X and downscale to the S, despite people trying to say otherwise,

“We did a lot of analysis of what it would really mean to run a game at 4K with 60fps and then to scale that down to 1440p at 60fps,” says Jason Ronald, Microsoft’s director of Xbox program management, in an interview with The Verge. “The reality is you don’t need as much memory bandwidth because you’re not loading the highest level MIP levels into memory. You don’t need the same amount of memory as well.”
Microsoft believes developers have a number of ways to build Xbox Series X games for 4K resolutions and then downscale them to 1440p for the Series S. “Developers have a whole host of different techniques, whether that’s changing the resolution of their title, things like dynamic resolution scaling frame to frame — that’s something we’ve seen a lot of adoption of, especially towards the end of this generation,” explains Ronald.
Click to expand...

If there are developers doing this backwards that's their fault not Microsofts imo.

Phil already said from the start the intention was for the S to stock around throughout the generation, so the Series S isn't going anywhere whether anyone likes it or not. In anycase, people with Series X or a PS5 shouldn't care about the Serries S, it's not for them it's for parents, people who (as a MS exec said) spend 20 minutes here and there on games, or people who just need a cheap device to play COD, Fortnite and others. S has no effect on the X or PS5 so a lot of the concern we have been seeing recently with very weak evidence is starting to get ridiculous.

The director of this shovelware: 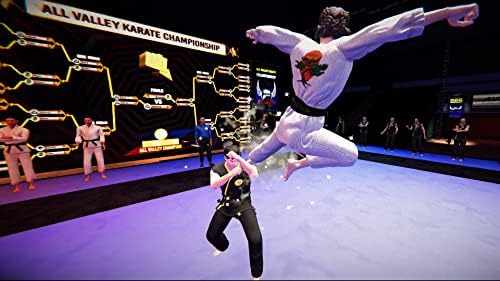 These articles are stupid and so are the fan boys.

Do you people actually think it won't last the gen? Do you know what legal ramifications would happen if they made everyone's Series S useless?

You can't make up the stupidity here sometimes.

"should hold up" is nice PR talk for "its weak as fuck" honestly.

ManaByte said:
The director of this shovelware:

well good, now we have 2 developers of 2 super low quality games to fight each other over whether the Series S is good enough or not!

XSS is gonna last like the xbox one, or the base ps4.
Gaming wont be impacted that much, since PC have the lowest system, compared to consoles.

“Should hold up doesn’t sound optimistic at all though”
D

Truly an article worth posting about.

For non-ambitious (on a technical or game design level) AAA, AA or certainly indie games, Series S should be fine and not cause many if any issues.

For highly ambitious AA or AAA games in particular, it being the floor will present bottlenecks and unlike Sony's 1P teams, most 3P and other 1P teams lack the team unity, project experience, talent and resource mix to do more with less (there are games like Driveclub, Order 1886, TLOU Part II that look and run better on a base PS4 than many current-gen games running on PS5 & Series X. HFW is another example of that in action).

MS messed this one up. I wish they had gone the route of Sony with the PS5 (disc and discless). They should have also created the streaming stick for casual gamers to increase their game pass subscriptions and release it when it's ready in terms of performance and compelling content.

Oh come on, are we now putting the good devs comment on the little bitch?

We're not supposed to expose the good stuff, just the same old bad comments, some one please find me those old comments from that single id tech dev we always have in these threads... And no one dare bringing the good ones even from the same period because we don't do that here

We haven't seen what this generation is capable of. Not even the first iteration of fully "Next-Gen" will show that. So, it going to be very interesting to see how things shape up in 2-3 years.
You must log in or register to reply here.