It's been a while since we last heard about s&box, Facepunch Studios' kinda-sorta-sequel to Garry's Mod. But over the last few months, the developer has started sharing more progress posts on the physics toybox—and from the looks of things, it's shaping up as a worthy successor to its Half-Life 2 predecessor.

In the time since we last reported on it, Facepunch ditched plans to move to Unreal Engine 4 in favour of Source 2, the engine Valve used to create Half-Life: Alyx. In practice, this means it should be easier to bring over tools from Garry's Mod, and the studio's latest blog post shows a familiar array of thrusters, balloons, wheels and ragdoll tossing shown off in the shiny new software.

Some might miss the familiar, warped ragdolls of Half-Life 2's dystopian scientists, but it's nice to see Facepunch has landed on something equally upsetting.

It's immediately obvious that s&box has ambitions well beyond just being a newer, shinier GMod though. Where that game was very obviously a reframing of Half-Life 2's assets, s&box is quickly developing its own visual style—a look that involves piles of chunky, naked blokes.

While much of the progress so far seems set on rebuilding and refining the simple physics sandbox GMod began with, there are hints that Facepunch wants to expand on what it became—a hub for dozens of community-created games and communities.

"It's not going to be Garry's Mod 2," Garry Newman writes in the game's About page. "My hope is that it will eclipse what is possible in Garry's Mod rather than simply be a modern version of it."

It seems it'll be a good while yet before we get our hands on s&box, mind. According to Newman, the team has yet to really run any proper internal group tests, and there's still plenty of work to do before he feels comfortable getting outsiders in on the action.

"I'm having tons of fun developing in relative isolation but I'm also keen to get more people playing with s&box as soon as possible. I'm putting thought into working out the best way to get there and what needs to be done before then."
Click to expand... 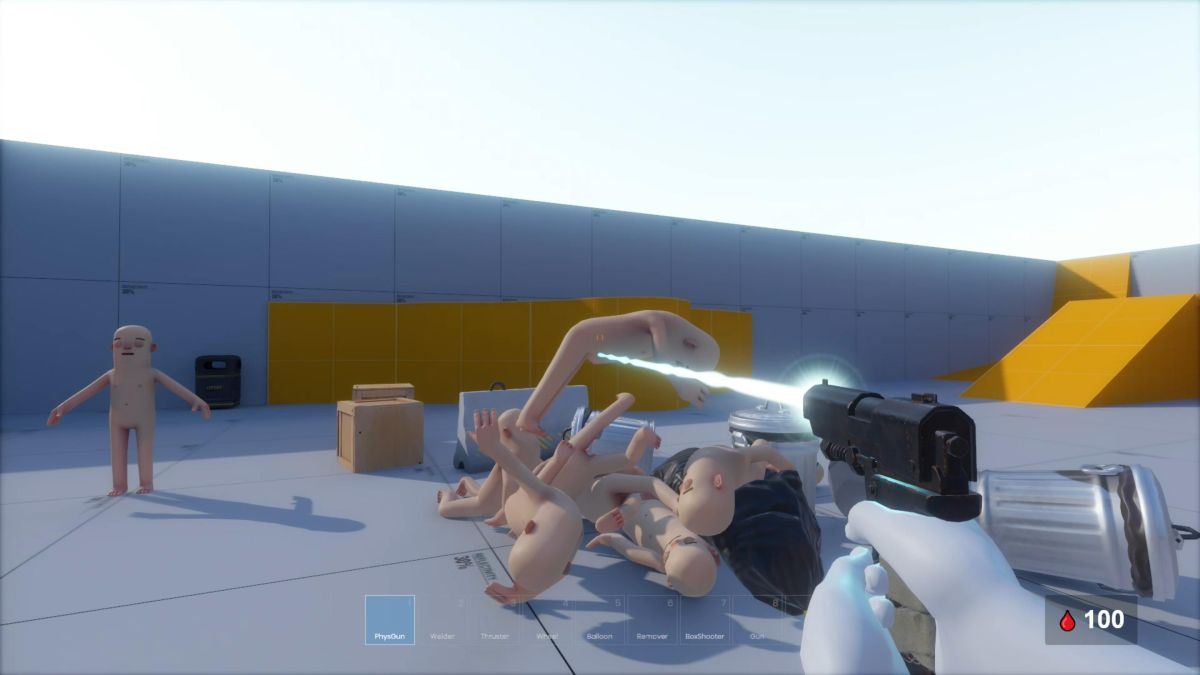 I used to play a lot of Garry's Mod but this is my first time hearing about S&box. It will be interesting to see more updates.
Last edited: Feb 4, 2021

I liked seeing the different maps in GMod. Some were really large and others were smaller with lots of detail. Lots of player skins, ragdolls, props etc you could download too. So I'm curious to see what the community will come up with for Sandbox.

I used to play a lot of Garry's Mod but this is my first time hearing about S&box. It will be interesting to see more updates.
Click to expand...

Man... breaks my heart (not really but you know what I mean) to see him talk so enthusiastically about Source 2 when in actuality that engine was already outdated before it was even released. I love the original Source engine as for all its limitations it was still very robust and had a ton of performance benefits compared to other engines but when it comes to the current generation Valve can't even get a foot in the door. It's all Unreal Engine and in some cases maybe Unity.

I'll be surprised if CItadel (Valve's next project) will be any decent. Obviously that doesn't just come down to engine use but I'm just ragging on Valve, one of my all time favourite devs, for having become so complacent in that regard. If it wasn't for Steam I think those guys would've gone under long ago. /rant
Last edited: Mar 14, 2021

it looks like shit compared to visuals now
You must log in or register to reply here.