Defenestration is too problematic and absolutely againts "surrender" flag mentality of French company. Send a bad message, that if you fucked up you can be punished.


And what would you fucking climb in here? Climb yourself from pub to your bed? It's too advance culture to a westerners.

Disgusting that he is saying Assassin's Creed and not Tenchu, the og stealth assassin.

Let hope to god it nothing like Assassin's Creed. My biggest reason why I didn't enjoy Horizon Zero Dawn because it open world design borrowed heavily from AC series and other Ubisoft games like FarCry.
Last edited: May 9, 2020

This day and age that might not be the best compliment to give to another open world game. Esp, with how far AC has fallen in recent years. Just hope the game ends up being great.

Piku_Ringo said:
This day and age that might not be the best compliment to give to another open world game. Esp, with how far AC has fallen in recent years. Just hope the game ends up being great.
Click to expand...

Its going to be great. Mark my words

I thought this was a Samurai Showdown type of game?

So long as he doesn't mean empty open world full of collectibles, boring filler content, bad writing and stupid-ass towers, we're fine. Or modern-day animus-style bullshittery. Maybe he's too young to remember Tenchu, so that's why he used AC as an example? Whatev's, I'm fairly confident the game will turn out decent.
Last edited: May 9, 2020
T

Yeah, and that's exactly why I stopped following this game after Sony released the first gameplay video.
F

With next to no verticality it really cant be compared to AC at all.

As long as it doesn't have instant fail states for stealth missions.
It's weird to me that Uni never did a feudal Japan AC. I want crazy ninja shit dammit.

ClanOfNone said:
As long as it doesn't have instant fail states for stealth missions.
It's weird to me that Uni never did a feudal Japan AC. I want crazy ninja shit dammit.
Click to expand...

Well I got some of that from Sekiro.

Hopefully not, if they make everything the opposite of Ass Creed, it might be one of the best games of all time.

Bummer. Assassin's Creed combat and traversal (climbing, platforming) are fairly rote. Aspiring towards that is disheartening and only adds to my skepticism of the game.

I'd say it was more tenchu than assassin's creed with the grapple hook and all but hey if it takes influence from both I'll be happy , I can't wait to play this .

Now I understand why it never looked interesting to me.
C

the combat doesn't even look as good the last 2 AC games ..

TIL that I’m the only GAFer who likes AC.

Danjin44 said:
Let hope to god it nothing like Assassin's Creed. My biggest reason why I didn't enjoy Horizon Zero Dawn because it open world design borrowed heavily from AC series and other Ubisoft games like FarCry.
Click to expand...

Mixed bag for me this game, beautiful world, armor and the likes, but the faces and voices do not match that time period.
It was grinding my ears when I listed to the Japanese VO recently, it's really off then there's the eyes they look really odd.

I personally really, really weren't fan of Horizon Zero Dawn and you telling me its Assassins Creed but if was good?

This makes me wish even more for Ghost of Tsushima to barrow NOTHING from Horizon and Assassins Creed.
Last edited: May 9, 2020

bonk64 said:
Wait what?........ I hate Assassin's Creed. I never knew this game is supposed to be like that. Im sort of bummed now. I'll be sure to check more gameplay now. I was gonna go in blind.
Click to expand...

I trust Sucker Punch to not make a shitty AC clone.
C

Lawrence ‘Chunk’ Cohen said:
TIL that I’m the only GAFer who likes AC.
Click to expand...

There are a billion entries, some are better than others. I loved Pirate Sim IV, and enjoyed Origins and Odyssey, the rest were fair to straight garbo.
I would club baby seals all day for an actual Pirate game that played like IV, but had fantastic elements a la Piratea of the Caribbean.
C

Lawrence ‘Chunk’ Cohen said:
TIL that I’m the only GAFer who likes AC.
Click to expand...

never been a AC fan but I really enjoyed origins ..

I just hope they don’t have any snipers in Ghosts of Tsushima like in the first inFamous. Those guys could hit you from any position regardless of the difficulty setting. Even with that, Sucker Punch has yet to make a bad game as far as I’m concerned.

I don't know about you, but I'm looking forward to climbing tall towers to reveal the map! Such a classic design device!

So a stealthy samurai game

I really hope it isn't, i can't stomach Ass-assin's creed laundry list shit, boring combat and sleep inducing plots.
I don't even think the devs of AC can, the last AC didn't even play like one.

Oh great! Another tedious, bore fest. After Assn Creed 1, the novelty wore off. Being compared to Assn Creed isn't a positive to me at all.
Last edited: May 10, 2020

Pretty sure that after this game sells like cookies, the next AC game after Valhalla will be in Japan. 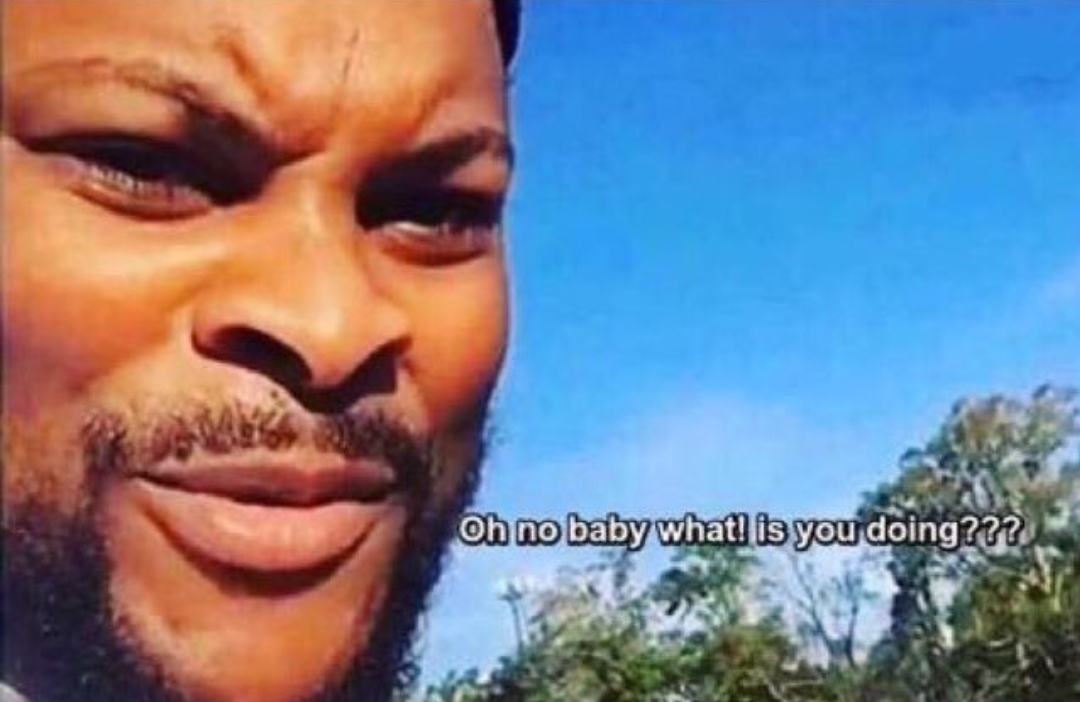 Just got done rooting around on the darknet and cyberhacked my way into the UBISOFT mainframe. I found their game design document for all their games. Insane, right? Anyways, what you'll see below may shock you... or chill you... or bore you... idk

1. openworld
2.loot all the dead guys
3.towers (for map progressions)
4.openworld kill all the guys so step 2 works
5.upgrade your weapons with plants
6.multiplayer?
7.skip step 6 unless you want step 8
8.multiplayer

...well.... this makes me interested... maybe this will be' the only ps exclusive I'll be buying.

It is so cool to hate on Assassin's Creed these days.... I really can't understand the hate.

Kamehameha said:
Pretty sure that after this game sells like cookies, the next AC game after Valhalla will be in Japan.

Great post OP! I hadn't really thought much about the stealth gameplay possibilities.

I agree with others that AC might not be the ideal to aim for in terms of stealth. For me, if the stealth in this game is comparable to Saboteur (last gen) or MGSV (this gen), this game could be amazing. When you think about it, MGSV might be the better comparison for this game. In MGSV, you could play the game going in loud with weapons that had a great deal of firepower. Or, you could go the stealth route and do every mission and side quest using tranquilizers, sniping from Quiet and (later on in the game) the interesting (albeit absurd) Fulton recovery system.

In my opinion, the stark contrast between playing loud in MGSV and using stealth really made the game unique. Using the game mechanics and the upgrade system for various stealth items (like tranquilzer sniper rifles and the Fulton system), you could go into heavily-guarded fortresses and use stealth to take out the entire place. Honestly, by the end of the game, fully-upgraded stealth was really overpowered. I would go into a base with 50 soldiers, and 15 minutes later, all 50 of them (plus every piece of equipment I could salvage) would be fultoned to my base.

If this game has a great contrast between the samurai style and the ninja styles, this could be a very immersive and memorable game.
B

I feel another days gone comming

You mean to tell me that a gaming publication used a popular game reference over a relatively obscure in the main stream reference to generate clicks?

Whoever paid for this "article" doesn't know much about PR, does he?

Mista said:
Ooofffff! You didn't have to do them like that man

He's not wrong tho.

That said, if this is like Odyssey, then hell yes, I'm down.

Assassin's Creed? Ewwww no thanks! I never once thought if it's possibly structured like those games. If it is I'm definitely out.
Last edited: May 10, 2020

Clickbait. Nothing we’ve seen from the tech demos look remotely like Ass Creed.

Dudes, it was an example to say "hystorical open world with stealth and combat" i don't think he is saying that the quality is gonna be similar to AC games.

I'm expecting a huge stealth gameplay, for sure 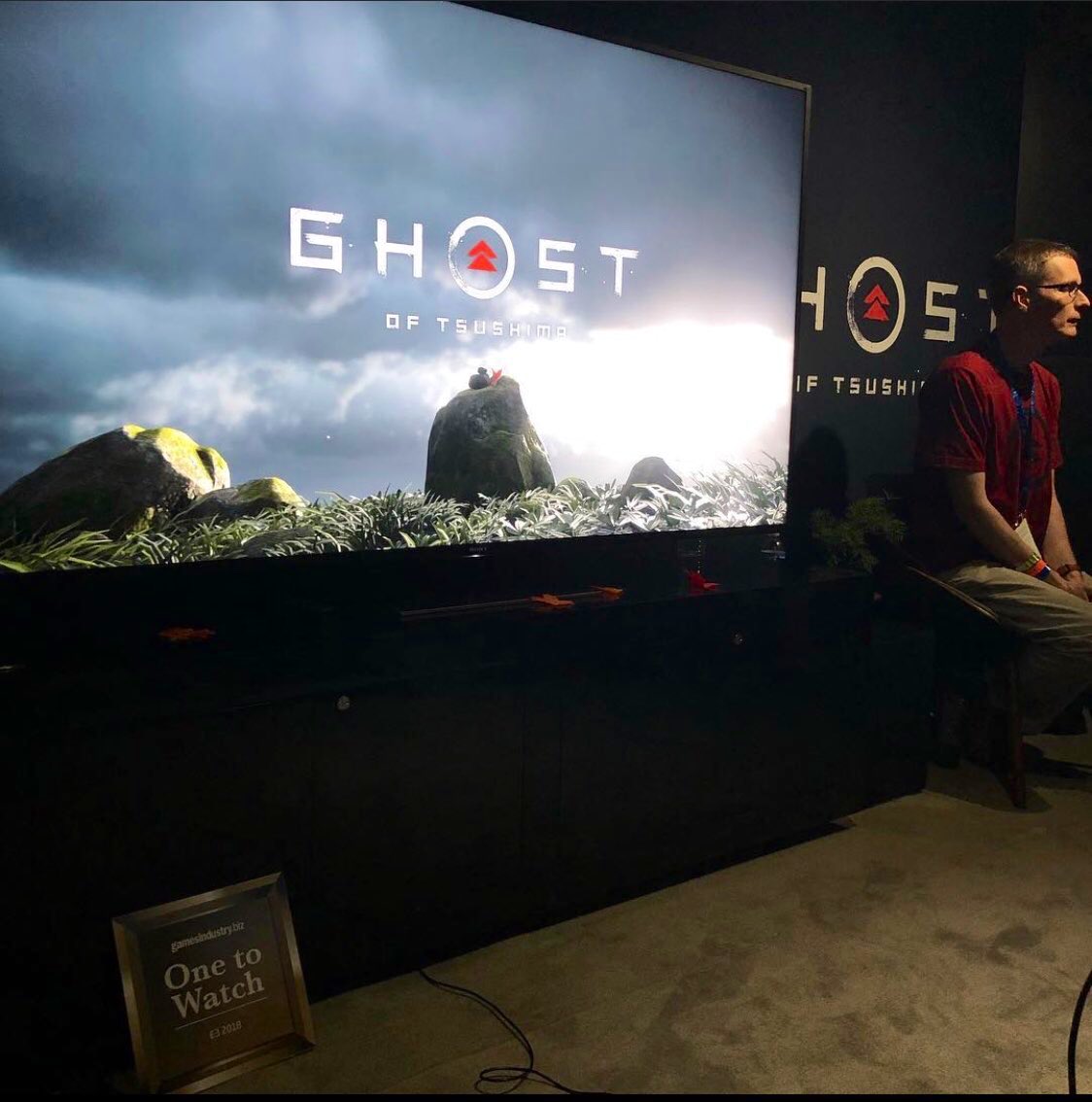 I hope not, I hate assassin's Creed.

Damn i want that tv way more than the game.
You must log in or register to reply here.

Lupin25 replied
Dec 17, 2022
There is a strong possibility Ghost of Tsushima 2 releases the same year as Assassins Creed Code Red, which do you think will be better?
Drama Business Analysis 2 3