Even Ghostwire Tokyo has added official VRR support even though it already worked as a non supported game. HFW is one of two high profile games that do not support VRR at all, the other being GT7.

Today they released Patch 1.13. Their second patch since Sony added VRR support last week. The patch notes mention the same lame 'we are still looking into performance mode shimmering issues' excuses they have been making since launch over 2 months and 10 patches ago.

The team continues to make tweaks to the game's content with the goal to reduce visual shimmering.
Click to expand...

Clearly, the team is unable to fix the performance mode issues, so why not add a 40 fps or 40+ fps unlocked mode a la Ratchet and Spiderman. If they dont have headroom in the fidelity mode to hit 40 fps, reduce the resolution to 1800p or even 1440p. Even 1440p would look better than this bizarre 1800p cb implementation in their performance mode.

The question is why this first party team did not have a VRR patch ready, especially one that is struggling to get higher framerates without making massive sacrifices to image quality? Whats more frustrating is that there has been no communication about when VRR support will be added either.

I don't think I'm going to expect VRR patch updates from these newer titles for some time. Though on the flipside, these Developers were probably made aware that the feature was going to be released at some point.

I guess the question is, should we expect all developers to implement VRR updates to their games moving forwrd? I didn't even think patch updates would be necessary to make that happen on titles.
Last edited: May 5, 2022

This VRR discussion is so over-blown. It's becoming annoying.

Priorities, how do they work ?

maybe because they were focusing on......

Addressed a bug where Side Quest “Signal Spike” where progression did not update due to interacting with NPCs in Side Quest “The Wound in the Sand”.

Addressed a bug where players have reported an issue in Side Quest “Lofty Ambitions”. After Abadund’s dialogue has taken place, the player will temporarily not be able to trade with Abadund due to no prompt appearing. 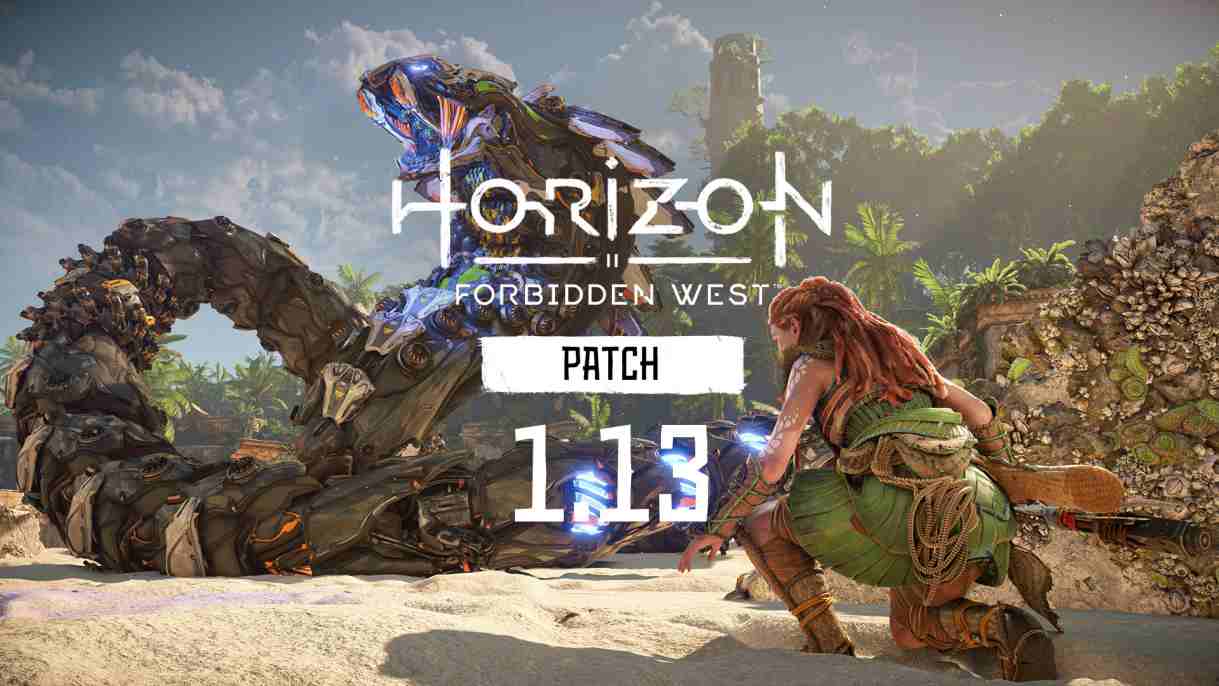 It’s been one week dude.

I left so many sidecontent undone for when they are gonna fix performance mode.
Last edited: May 5, 2022

SlimySnake said:
Even Ghostwire Tokyo has added official VRR support even though it already worked as a non supported game.
Click to expand...

Xbox Game Studios supporting PS5 VRR better than some Playstation first party studios. And Horizon would really profit from VRR, because performance mode doesn't look sharp enough and with VRR the sharp quality mode would likely run at 40+ fps, so way smoother than locked 30. It's a real shame.

I don't give a fuck about VRR, specially in a game already stable as hell. The game has an actual problem that doesn't have a buzzword for it.

The note you highlighted though. Now that's an actual problem.

The decima engine usually has such a clean visual fidelity. Look at the first Horizon or Death Stranding. For Forbidden West the shimmering can me distracting...the overall anti-aliasing solution they did was messed up and it's by far the worst for any game released wit that engine. The fact the game has clearly such detailed assets, but only to be ruined during their output is a shame. Hopefully they sort that real problem out.

It is directly tied to their inability to get a proper 60 fps mode working.

The game doesnt need VRR to smooth out the framerate or eliminate tearing since its more or less locked, but this is precisely a scenario where VRR can come in and offer a third mode that doesnt have to worry about reducing resolution to what looks like fucking 1080p just to get a higher framerate than 60 fps.

we have all played 40 fps ratchet. It is light years ahead of 30 fps in responsiveness. Fidelity mode in HFW is literally the best looking game ever made. It would look incredible in 40 fps even at 1800p.

Since it's so easy, you should do it for them OP.

Yall act like this is going to make gaming better. If a game sucks, it sucks.

That's very troubling. Perhaps you should vroooom in your car, with some careful maneuvring you could get a coffee? Or maybe play some oculus? I hear VR is great.

If I'm going to complain about patches for a game then it isn't going to be HFW. Looking at you Lego Star Wars (PS5)....

They need the Insomniac patch, 40fps on quality mode for 120hz and then an unlock for VRR. At the moment it feels bad to play at 30fps and looks bad at 60fps. This would solve the problem.

Thoughts and prayers in these trying times

On topic, this sucks man, being late to the party and still not doing your job, almost 2 years after launch

As far as performance goes with PS5 games, I don’t think a lack of VRR is really a concern for HFW; the game is pretty darn smooth in performance mode. GT7 could benefit in the (incredibly) rare instances that frame rate drops occur. I really don’t see the concern here.

It is lousy.
No vrr support
terrible performance mode.
Fidelity mode not the best among other 30 fps modes. Looks a bit stiff sometimes and motion blur is not too good. But Controls fine.
The game ignores PS5 system level HDR settings.... like wtf
Not sure if it supports 3d audio..

I thought VRR just works at a system level with the PS5 when selected? I know games can make their own patch as well to improve it like Insomniac did.

I don’t understand why they need to patch support for it. If the hardware detects you have a VRR capable display shouldn’t it just work as it does on PC.
M

RavageX said:
Yall act like this is going to make gaming better. If a game sucks, it sucks.
Click to expand...

It won’t cheap anything core gameplay wise. It can dramatically change your experience while playing it though. Who wouldn’t want a smoother experience?

New Dying Light 2 update adds VRR and Balanced Mode on PS5 and FSR 2.0 for all platforms