So many people mad that PS5 has fast drive. Must be marketing. Can't be real.
J

Phone reception is more important to me than human rights

Those asking, yes its an option to have it load faster by showing maybe half of 1 hint.

I never used the normal setting so I cant comment on that.

This has happened on pc forever though, some games have flavour text (not tool-tips) and the games always loaded "too fast" .
I don't think I could ever fully read the text on dragon age inquisition load screens for instance.

Oh no how will anyone know how to play the game? I guess just load up a Ubisoft game and memorize the tips there. 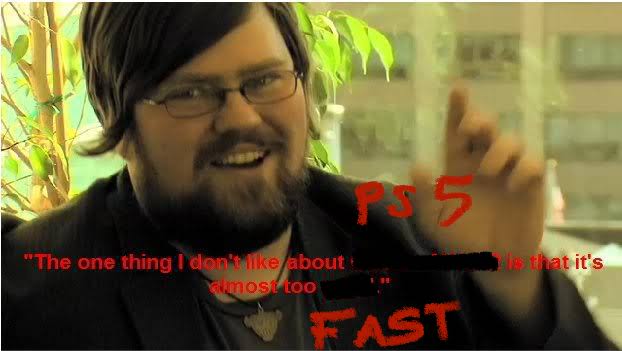 Articles might need to make headlines emojis or put the whole article in the headline.

Thank you op for saying how to turn it off. I have been annoyed that the game made me hit x all the time to proceed

Or leave them in the hints section of the options?
F

SLB1904 said:
why the hostility? even with the hints still miles better than dying light 2 for example.
Click to expand...

Dying light 2 is a good game though ..you should've used an actual bad game

Rikku-X said:
Fuck your hints, you made a generic open world game. Anyone by now already knows how to play.
Click to expand...

Do you...need a hug or something?

I would wager most people can read a single line in ‘4 or 5 seconds’?
N

BigLee74 said:
I would wager most people can read a single line in ‘4 or 5 seconds’?
Click to expand...

Not if it’s written in Welsh…..

I fucking hate tips and i really fucking hate when the tips tell me to maybe lower the difficulty (GoW for example). I would take the 2 sec quicker loadings than any tip the dev comes up with.
M

First thing I thought of was this cringe inducing bastard. Holy shit wow it's just too good omg! Now I can play gender bent ginger nicocado avocado with facial hair on my super fast ps quintuple in 3 seconds flat whoamg

Developers should stop to claim sensationalist bullshits as this.
G

This thread did a good job filtering the idiots who don’t know how to read.

GooseMan69 said:
This thread did a good job filtering the idiots who don’t know how to read.
Click to expand...

“We had to add a very simple feature where it hangs on the loading screen for enough time so you can actually read at least one hint while it loads.”
Click to expand...

That's an idiocy, come on. Yes SSD speed is fantastic but it's unnecessary claim such absurdity.

GooseMan69 said:
This thread did a good job filtering the idiots who don’t know how to read.
Click to expand...

"NeoGAF users post so fast we had to make it slower so they can read more than the headline before posting."

Rikku-X said:
Fuck your hints, you made a generic open world game. Anyone by now already knows how to play.
Click to expand...

The tips things in loading times is so outdated design, just have yours tips features in option mode for someone that want to remember something and that's it.

Just remind me when recently replayed Bayonetta remaster, and i found it weird that they didn't simply remove the practice mode during loading, it load so fast you can't do nothing, it made sense when it used to take 20 seconds to load, you can actually try some stuffs, but in 2 sec when you can barely walk 100 mm distance, they should have made it just some 2 sec black screen and that's it.

Feel Like I'm On 42 said:
Dying light 2 is a good game though ..you should've used an actual bad game
Click to expand...

Where did I say is a bad game?
We are talking about loading times

SSfox said:
it load so fast you can't do nothing, it made sense when it used to take 20 seconds to load, you can actually try some stuffs, but in 2 sec when you can barely walk 100 mm distance
Click to expand...

...you know you can pause the load screen in bayonetta right? So you can practice forever?

Wtf is this thread? Bunch of people bitching about absolutely nothing like a bunch of school girls.

edit: im confuse by some of the comments in here. can we disable this or not?
Click to expand...

Yes its just a question, did you you read the article? Its all in there...ignore the people who only read the headline and ramming on theyr keyboard to show theyr baised agains Playstation.
Last edited: Feb 19, 2022

Not only does this beautiful game leave me lost for words, but so do some of these comments. Absolute farce haha.
R

Dumbest design decision ever. What’s the point of the super fast ssd if they don’t take advantage of it? Ghost of Tsushima is an open world that does this right.
Last edited: Feb 19, 2022

rolandss said:
Dumbest design decision ever. What’s the point of the super fast ssd if they don’t take advantage of it? Ghost of Tsushima is an open world that does this right.
Click to expand...

Ironic that you used the word dumbest.

ManaByte said:
Who cares about hints beside the ego of the dev who wrote them? Patch it so you can bypass that.
Click to expand...

They hire a team of highly specialized technical communications experts with 6 figure sallaries to write those. All hand picked by the world's most renowned head hunter to avoid any mansplaining accusations, their voices are meant to be heard, their message should be there for everyone to see.

You can't ignore their plight anymore, it lays bare in front of you for a little bit of time when you try to fast travel. Is that too much to ask of you from you tower of privilege? 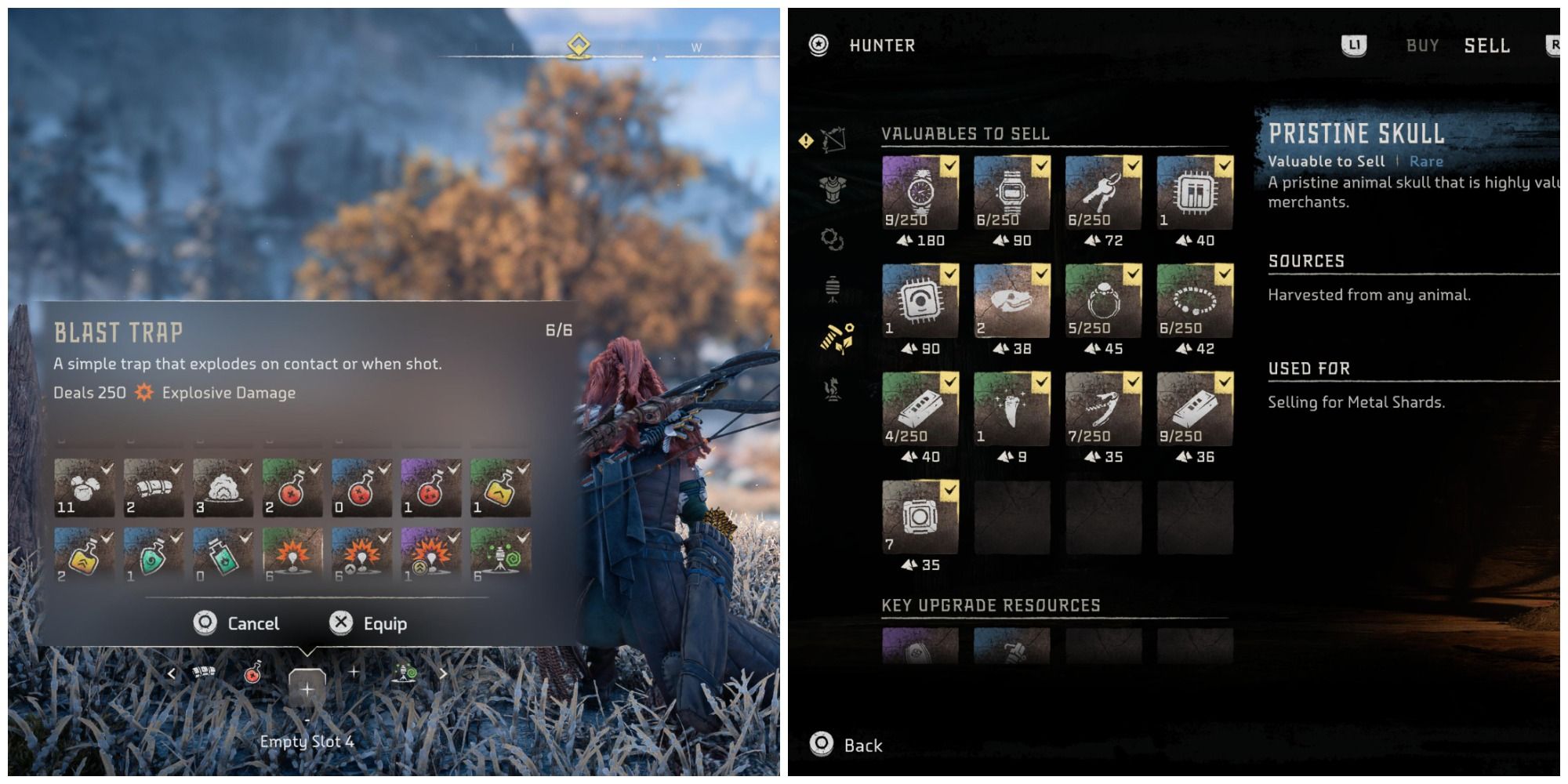 Things We Wish We Knew Before Playing Horizon Forbidden West

Before you set off into the Forbidden West, there are some things you should make sure you know. 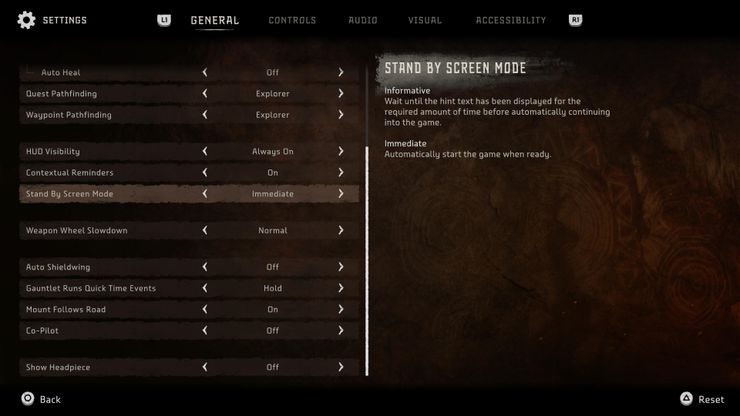 one day people will learn to read and then we're gonna have some real problems
Last edited: Feb 19, 2022

Horizon Forbidden West on PS5 Loads So Fast the Devs Had To Make It Slower so You Can Read the Tips
Click to expand...

Oh wow. Those of us that can't find a PS5 appear to have dodged a bullet.

Doczu said:
I mean if you don't know how to play "Current Year Open World Tower Climb Collect-Them-All Best Game Ever Till The Next Same On™"
then you should give up your gamer license and resuest a perm-ban on GAF
Click to expand...

You need to calm down!

This should be a standard. Every game needs to have a "press button to continue" in their loading screens, regardless of how fast or slow they load.

Hard Corps Uprising can take up to a minute to load a level, so you can go for a glass of water or check your messages while it loads, but it has the decency to let you know the level is ready to be played, it even plays a sound once it finishes loading.
Last edited: Feb 19, 2022

This is easily the most beautiful game ever.

Elbow Identity Shallow said:
I think the first Dragon Quest was around 50kb in size, the first Castlevania was a little more than that and going from memory I think Super Mario Bros. was only around the 30kb mark, I imagine when the newer consoles reduce their game sizes to something like that we'll all be happy with the complete absence of hint screens then.
Not many did but some of the larger SNES games did actually have loading screens, no tips though as they weren't there for that long. Also, it's probably worth remembering that Nintendo introduced the Famicom Disk System as a solution to the ever expanding size of games while trying to keep the costs of those games down and there was certainly more than enough time for hints there. In reality though, instead you got Mario and Luigi arguing about what colour the loading screen should be.
I suppose you could also say the same about the Satellaview because once you actually had the game there was still loomebody who grew up with the old 8bit computers in the 80s I can remember what it was like to spend 30 minutes trying to load a game with fiends and even when you got to the end of the tape the game was on, there was no guarantee that it had loaded successful. It would have been a hell of a bonus back then to have new things on the screen to read.

who the fuck needs gameplay tips?

see in Nier that was an actual concern because the load screens had story relevant text in them so if you played Nier on 360 and installed it to your harddrive the loading was so fast you couldn't read anything.

the artificially slowed down the loading in Nier Replicant 1.5 so you don't have that issue 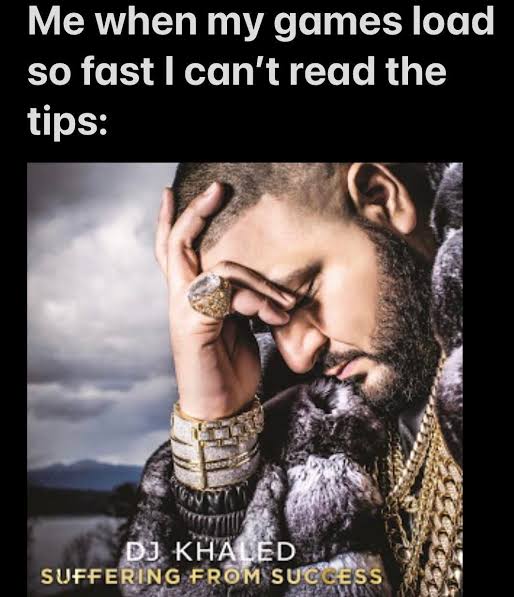 aka the game was dumbed down to run on old gen so much so that its almost too easy for ps5.

How could this not be bullshit? Weren't those tips supposed to kill time during loading? I'm pretty sure most would rather play than read, or we'd have a different hobby.

I mean sure, but I would just send them a little sticker they can put on their TV with all the controls and tips always available for them... just to make sure xD

ClosBSAS said:
Lol hyperbole? Did u see how fast doom eternal loads? On a normal SSD? On an HDD? I mean, this SSD hyperbole needs to stop. It's nothing new and nothing mindblowing.

Also, yeah...tips and hints ..who reads those?
Click to expand...

So you think you know better than the devs?

Swift_Star said:
So you think you know better than the devs?

no, he thinks that devs often spout PR bullshit in interviews to create buzz for their games.

and it works. here's a whole news story and accompanying thread based on this one sentence
Last edited: Feb 19, 2022
You must log in or register to reply here.

Hobbygaming replied
Apr 23, 2022
More data: Horizon Forbidden West has a 67/33 PS5 to PS4 split in UK DIGITAL sales. The game has a free upgrade and is cheaper on the PS4.