How many consoles have you owned that had hardware failure?

I have a Nintendo 2ds that crapped out on me and broke after a few years of use, but i ended up getting a New 3ds XL a few years later in 2020.
I have 2 360s. Both still work, but one has some trouble powering on and staying on since i used it a LOT. They've never red ringed since they're the newer slim models that have had that issue fixed. I got the second one for the sake of RGH and Original Xbox games. otherwise i don't think i've had a console break down on me. I have had a Ryzen 5600G that stopped working all of a sudden though, so that sucks.
Last edited: Jun 22, 2022
J

just one which was the xbox 360

Were there any warning signs or did it just not turn on one day? Like were there odd behaviors like random crashing or anything?

Did you jam it into a small space?

None so far as i can remember, , i have owned a whole lot of consoles started from the Coleco Vision, but in more than 20 years i had no problem with my consoles, but i never owned an Xbox360

Two. My OG Xbox had a disc drive failure right at 4 years. Microsoft repaired it free.

Then my launch Wii had the graphic processor failure MANY years after warranty. Nintendo also repaired it for free.

Those are it, and I’ve been a multiple-system owner since 16-bit. My original SEGA CD still works.

I managed to own two Xbox 360s and neither one ever had a problem. My Xbox one sunset overdrive edition also never had any issues. Got lucky I guess

jaysius said:
Were there any warning signs or did it just not turn on one day? Like were there odd behaviors like random crashing or anything?

Did you jam it into a small space?
Click to expand...

No warnings at all. No power spikes, no thunderstorm.
No smell, No lightning flash. It died while it was shut down or in standby anyways.
Just didn't tun on anymore. Was 100% the power supply.
Got it repaired by Microsoft.
Last edited: Jun 22, 2022

A Dreamcast and a OG Xbox.

Pretty good record considering I've had at least one console per gen.
J

prinz_valium said:
No warnings at all. No power spikes, no thunderstorm.
No smell, No lightning flash. It died while it was shut down or in standby anyways.
Just didn't tun on anymore. Was 100% the power supply.
Got it repaired by Microsoft.
Click to expand...

It's great that they repaired it.

That really sucks, hopefully the fix will stick and you won't have to worry about it.

Had at least one PS1, PS2, PS3 and PS4 all stopped working on me had to open them up and repair them or get a new one
Zero Nintendo consoles, Zero SEGA consoles, Zero Xbox consoles (which is crazy because I had an phat Xbox 360 that I treated like shit but never red ringed)

PS1: Overheating, so we had to install a fan + sometime wouldn't read the games so the console was on its head...
PS2: Drive disk failure
Xbox 360: Same console had a faulty disk drive (scratched the games + laser got bad and wouldn't read any games) + RROD...
PS3: 2x YLOD and 1 with Disc drive issues.
Last gen was without any big console issues.

Xbox Series X:
Release console is starting to overheating and shut itself off..
Need to open a warranty case in the next days...
C

I had a dvd drive issue with my OG Phat PS3, which i got replaced and was solid after that..the other was the 360 ring of death..outside of that, my consoles and handhelds have all been solid.

PS1: had to turn it upside down to read discs and eventually just stopped working but had moved on to PS2 at the time.
360: RROD. Went through 3 consoles
PS3: yellow light and the machine failed.

jaysius said:
It's great that they repaired it.

That really sucks, hopefully the fix will stick and you won't have to worry about it.
Click to expand...

That happened a year ago or so.

RROD on the 360. All my other Consoles worked well during my time with them.

Several NESs and a couple of Sega Genesises, I have a PS2 that I think the disc reader is going out.
A

PS1 Fat, had to turn it upside down, just like some other users.
Sega Dreamcast, had to re-adjust the laser every 6 to 12 months because it would stop reading my discs.
PS2 Fat, had difficulty reading disc after several years, but i fixed it.
PS3 60GB model. YLOD, ended up selling it.
Last edited: Jun 22, 2022

I must be lucky because none of my consoles have had failures. Broke a couple of the genesis controllers because they were terribly made but that's about it.

Basically the 360 generation , trash hardware has to get 4 consoles.

Had a fat PS3 that lasted like 4 years and replaced it with a new Slim but do not considere it a failure bacuse had exessive use and bad air flow conditions.

I've had almost every system since 1980. The only ones that no longer work are:

Of the ones that still work, I'm most impressed with the Atari 2600 (very few moving parts, I guess, but still...), the DS Lite (I gave it to my kid, and that thing saw a LOT of abuse), and the Dreamcast (which still works like a charm, despite being a launch unit).

Lost count of the 360’s. At one point always has a backup unit stowed away for the inevitable hot swap. Was worth it.

I had plenty of consoles and I say (almost) no one.
Actually, I had to buy an Atari 2600 twice because I didn't know you had to remove the cartridge BEFORE turn off the console, but my excuse is I was only 5yo.
Another one was a Commodore 64 and it was my fault one again, I created a short-circuit with the power supply and I broke it, I was 6 this time.
The last I can remember was a PC Engine GT, there is a capacitor which create some issue with the sound after many years, so not my fault.

Never broke a game cartridge or disk or cd in 30years, fuck you Gamestop! Joypad sometimes, especially with the atrocious joycons.

Been lucky. Excluding computers and PC's, only a 1st gen PS3 had gone pop, oh and a DOA 360. 14 other systems Inc handhelds worked till I sold them.

I've had almost every home console from Nintendo, Sega, Sony and Microsoft since the Master System and the only that failed me was the launch Xbox 360. It wasn't the infamous RROD, though, but something else. I bought a new one. I had constant connect issues with my Xbox One and One S, but they never broke down completely.

Had 2 360's RROD.
Worst part was that I bought the first one abroad so it didn't have any warranty. Got a new one which also died but that had warranty and the replacement lasted me until the end of the gen.

Only other hardware issue I've had was the lan port on my launch Ps4 dying after a few years, the rest of the console still works fine.
F

2 Xbox 360, if you said it had rrod they just shipped you a fixed or a new one. I had one that had rrod and disc drive on another.

I had a ps2 stop reading blu-sided discs.
That was annoying af.

- 1 Playstation - Disk drive failed. My older brother's PS also died very quickly.
- 4 Playstation 2 consoles - 2 were DRE, one physically destroyed itself when the tray face somehow caught itself while closing and tore itself apart instead of re-opening. The last one stopped reading DVDs and basically became a PS1. Sunken cost fallacy kept me buying new consoles but the last one actually made me leave the hobby for a few years.
- 1 Xbox360 Elite - RROD, it only took 3 days to get a replacement and that replacement still works today.

Only my Sony consoles have failed, ps3 I had to replace laser myself, original psx had that weird issue w the cd drive where it would only operate if the system was upside down (I think rails warped or something?) I haven't had issues with Ms systems though I know a ton of other people did.

After a few years my slim PS3(2nd slim edition) disc drive motor stopped working. Same with my first Wii U. It's why I miss pop-up style disc trays so much, but everyone likes their fancy disc sliding in experience so what can you do

Never had issues with the below style: 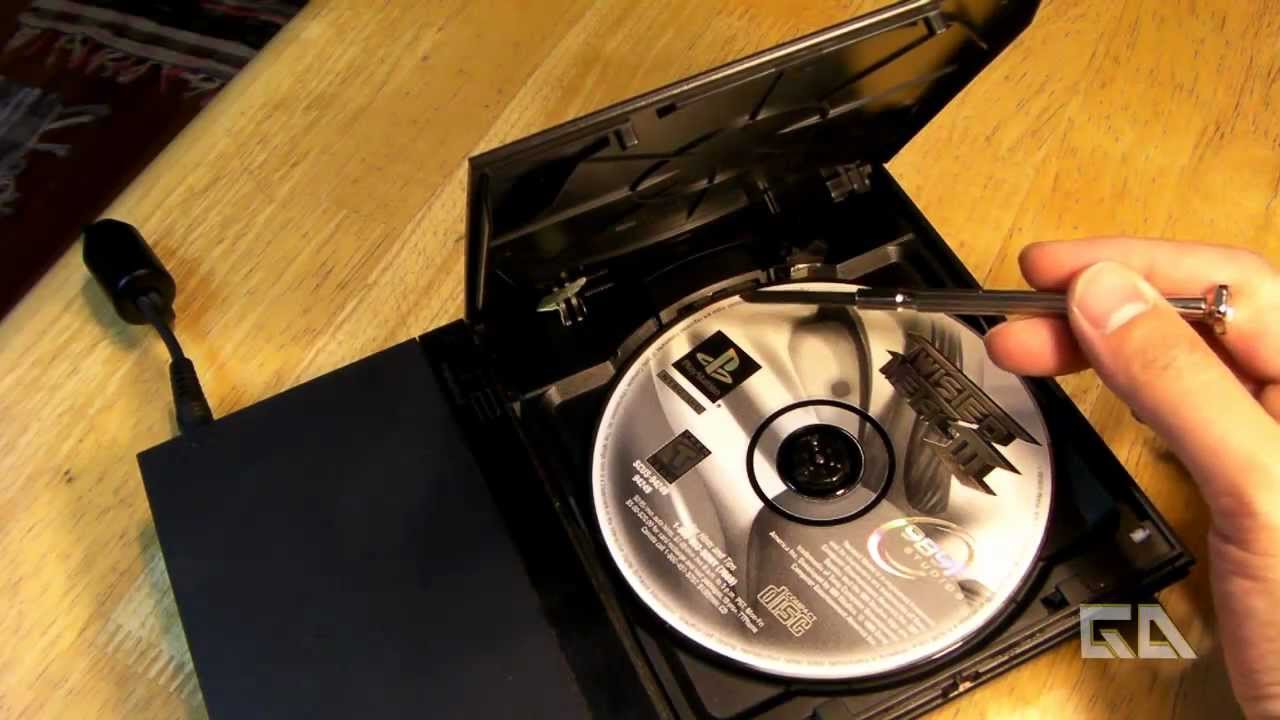 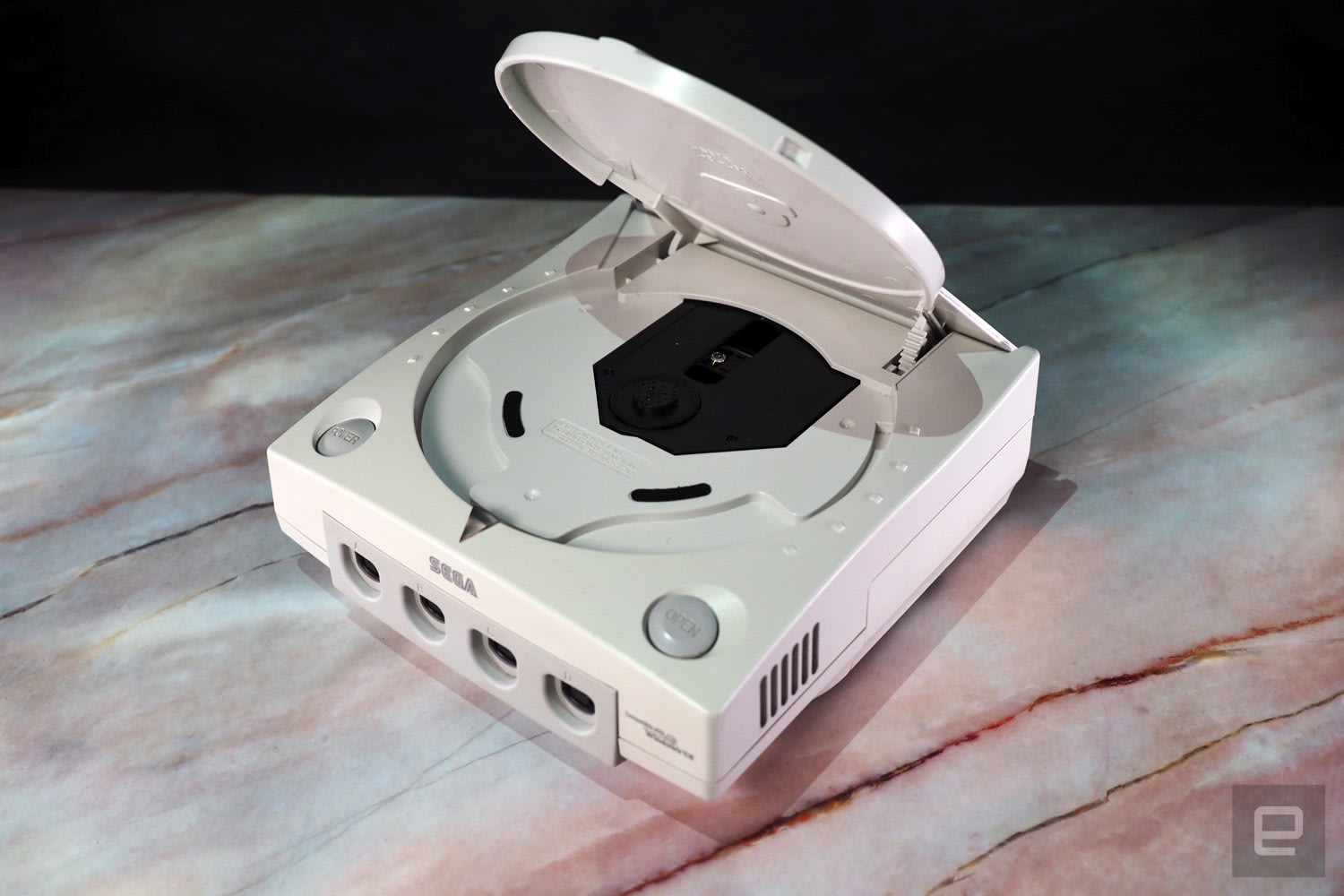 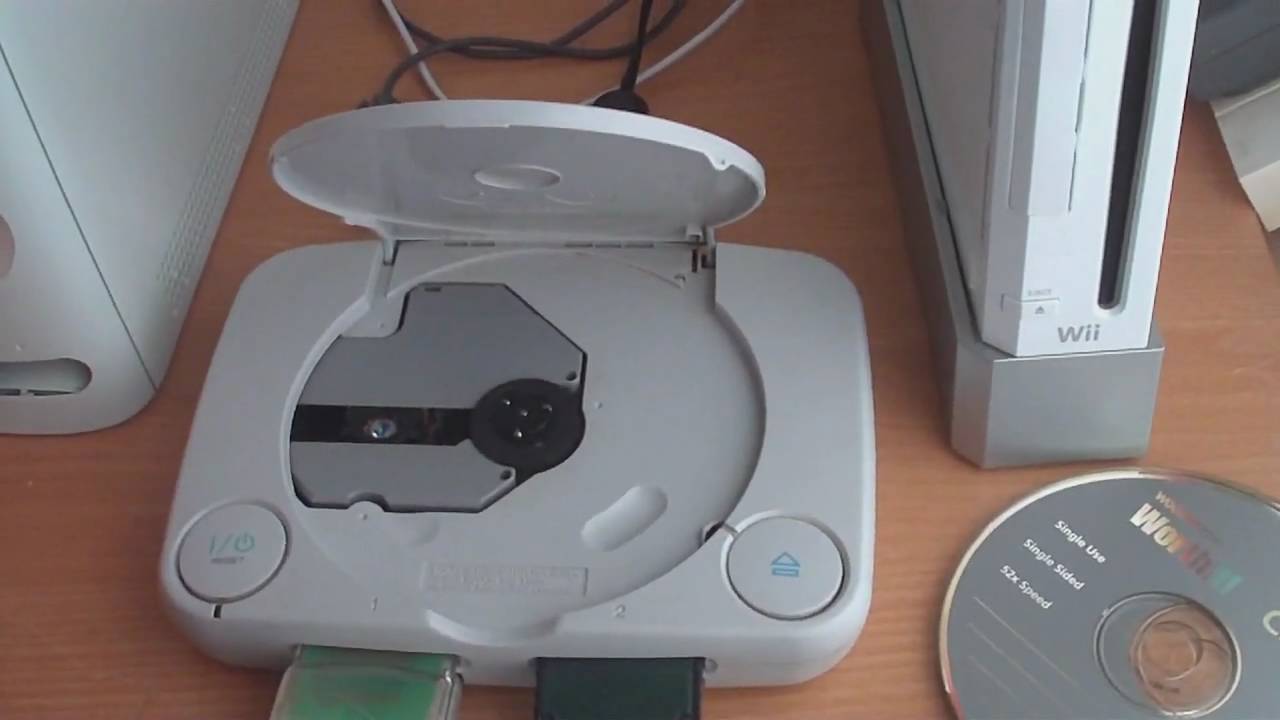 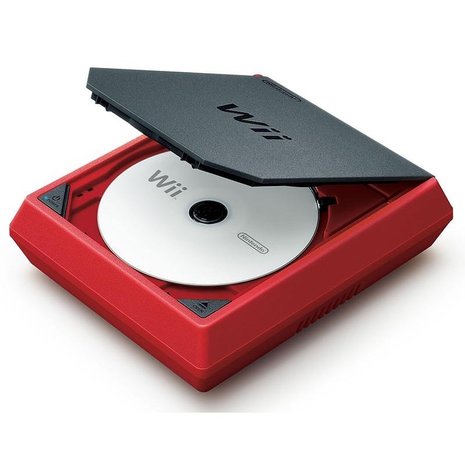 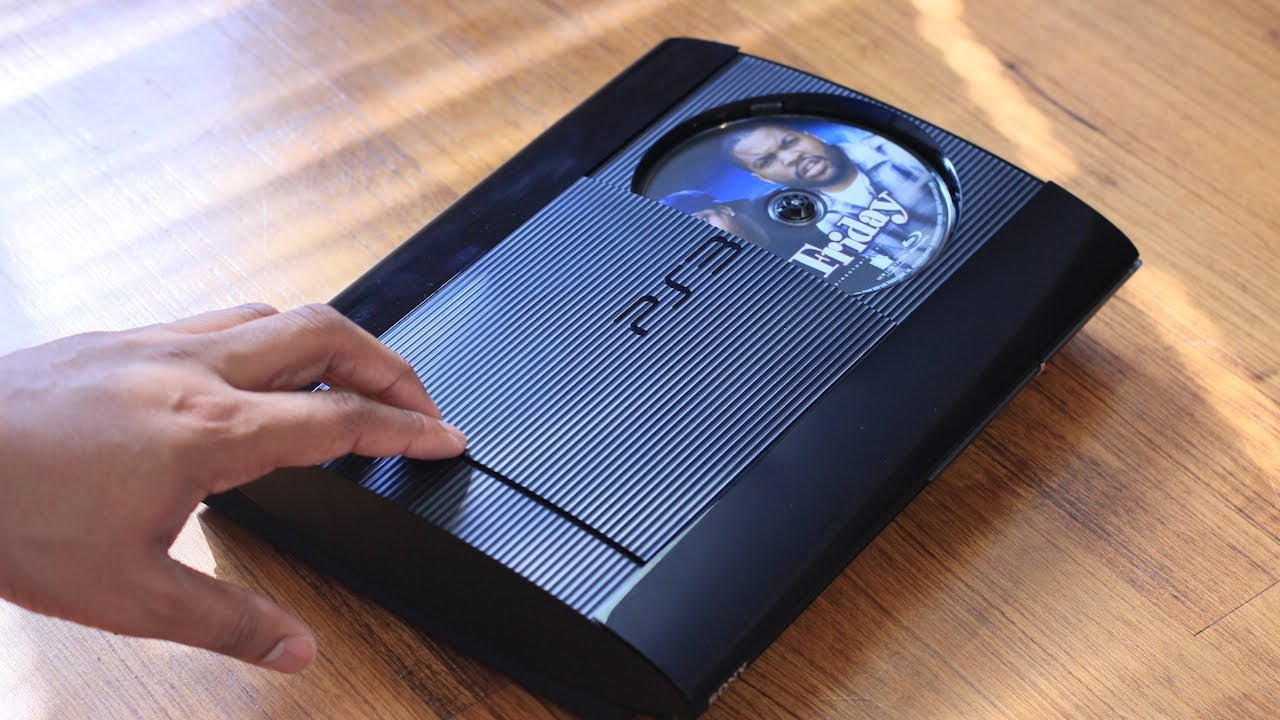 Atari Jaguar CD, never bothered to get it fixed

360 with the infamous RROD , got it fixed and then traded it for the redesign, awesome system despite its failure rate.

LMAO, same! The OG and the slim. Great console otherwise.

Seems obvious to me the biggest factors are A) fragile CD ROM drives and B) the amount of time they get used. I burn through Playstations because I use them way, way, WAAAY more than the others.
Last edited: Jun 22, 2022

owned consoles since the NES (still have it, still works).

considering ive owned pretty much every console since 1995 other than the Saturn, Dreamcast, Xbox One X and Wii U. ive only had 4 die on me.

launch PSX - laser issue after 4 years, had to sometimes turn console upside down to read disks
launch PS2 - disc tray failure after a couple of years, it would either not open or would open so fast the disc flew out
PS3 - yellow light of death after 9 or 10 years.
launch xbox 360 premium edition - lasted 3 or 4 years until- red ring of death

My PS2 slim stopped working after a few years in storage, and that's it. I've owned every single (major) console since the NES.

These damned Xbox Series X controllers are crap, though. Had the right trigger stick on 2 of them already.

Owned every console since mid 90s

Eddie-Griffin replied
Yesterday at 8:24 PM
Peter Moore: "We encouraged console wars to have Xbox and PlayStation challenged each other" "RROD almost killed Xbox."