How's The Last Night game coming? It's progressing but remains secret so it can't be copied. 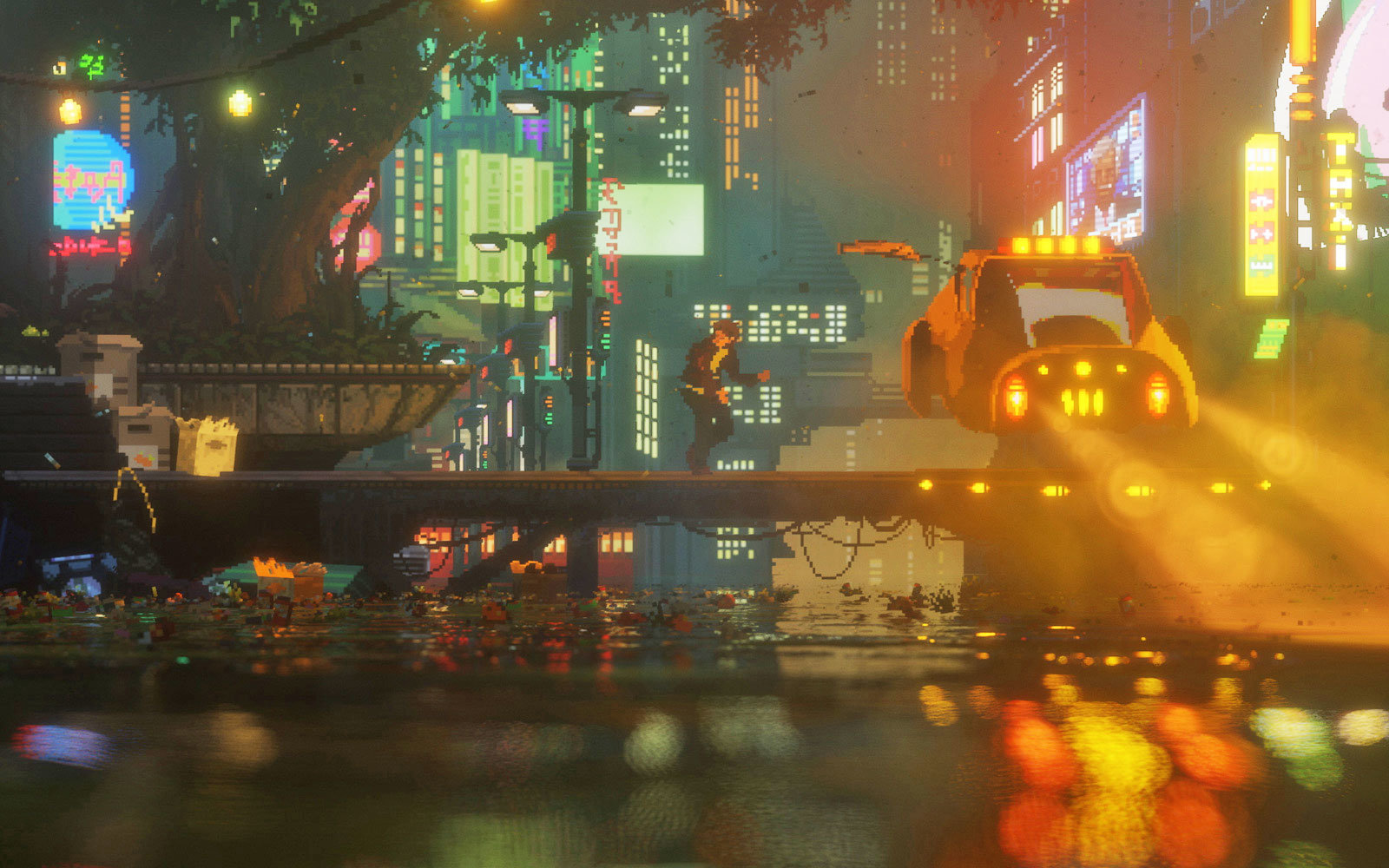 We learned last March that the game had become a bigger project with a bigger budget. The development team has also changed a lot since the game was announced, as confirmed by Tim Soret, founder and creative director of the Odd Tales studio that is developing the game.

As I've said several times, we've grown tremendously as artists and technicians. We've made major leaps in filmmaking, technology architecture, art direction and storytelling, and that moves the game into uncharted territory, which is fascinating to experience.
Click to expand...

Tim explains that the studio closed a fundraiser in March and the studio is now financially stabilized. A lead animator position is about to be filled, if not already done.

The reason why the game hasn't shown up for a long time is that the studio seems to have greatly improved the game since then, and doesn't want it to be copied until it's released. It must be said that the number of cyberpunk games has indeed exploded in recent months. The latest one being The Ascent, unveiled at Inside Xbox in May and which will run in 4k and 60 fps on Xbox Series X.

The 2017 trailer has already been closely studied and emulated in many upcoming independent games, and I have to admit that it's frustrating that some of them are coming out before the original. Hence the reason why we're not going to reveal our latest advances, which I think will be seen as the natural evolution of 2.5D.
Click to expand...

So it looks like we'll have to wait a little longer before seeing The Last Night again. But when that happens, Tim promises another slap in the face.

If you already like our 2017 work, expect another slap next time we show the game. It's just amazing, nothing even comes close visually to The Last Night. I'm so proud that with perseverance and patience we've reached this level of originality and quality, because we really are a small team.
Click to expand...

Despite the Coronavirus pandemic, Odd Tales Studio is not affected by the events, however, since its inception, the goal has been to make it a decentralized studio that is fully operational in teleworking mode. "Engine, inspirations, documentation, source code, communication tools, finances, everything is done entirely online," says Tim Soret, before giving details on the project's progress.

The game should be fully playable by the end of the year, at a time when we feel comfortable developing the team: we'll hire a much larger team of animators, environment artists, voice talents, audio artists and go into production using the unique workflows and techniques we developed for The Last Night.
Click to expand...

Tim explained in the interview that the very first people in the industry to spot them and support them were the people at ID@Xbox. He said that the E3 trailer was made very quickly and specifically for the Xbox E3 conference, alongside games with huge budgets.
Last edited: May 17, 2020

Any trailers or gameplay we can check out?

93xfan said:
Any trailers or gameplay we can check out?
Click to expand...

Man, I still love that trailer. I have no idea what the game is going to be like, but I'm holding out hope for it.

It looks amazing. Anything Cyberpunk, count me in.

Just give me a new Bladerunner game.

Glad the game still exists , it looks so promising artistically.

Was extremely excited when I first saw the trailer. But from what I've heard so far this game just seems to be vaporware.

I'm always wondering and honestly worrying. They went through some straight up sjw bullshit. That first trailer was jaw dropping at the time and I just want them to succeed. Also it is responsible for me discovering Lorn, which is also badass
Last edited: May 17, 2020

One of my most wanted games. I hope he didnt compromise on his initial/original vision with all the shit he went through with the resetards.

Think we'll get an update anytime soon? Was hoping for one with all the new announcements.

I've been waiting for this game for a while. Is this going multi-platform?

That's all I needed. Great to hear.
You must log in or register to reply here.

Hello Games Says New Project Is So Ambitious It Would 'Seem Impossible' Even With a 1,000 Person Team
News Game Dev 2 3 4