I don't like what Windows 8 and Windows 10 did to theming... 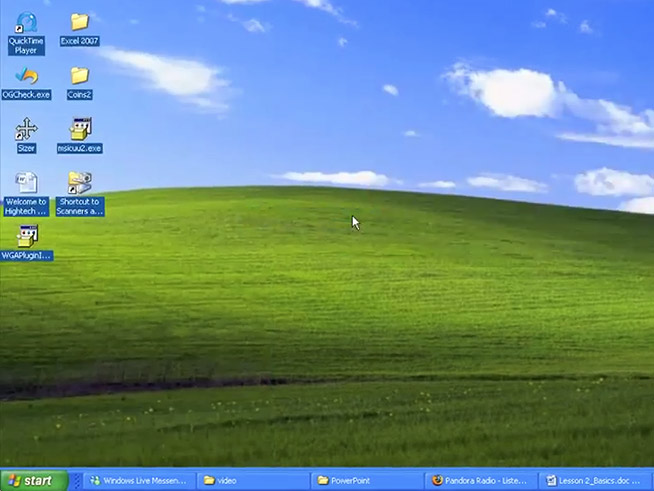 And THIS is what XP could have looked like with custom desktop environments.

Software like Litestep, and LDE completely replaced the Windows Shell, allowing you to use completely new and custom desktop environments that you could also customize to your liking. That's what resulted in the themes you see right here and how much of a DRASTIC change they are from regular windoinks. The sheer variety and crazy stuff you could do with different windows themes was fucking insane, and if there was anything about the existing desktop you don't like (and let's be real, the Windows desktop environment, as good as it is, has a LOT of fucking problems) you could easily just download a different shell and customize to your hearts content. Even if you didn't want to do that, Windows XP also just... came with different themes out of the box. you had color themes like Luna, Royale, Zune, and Royale
Noir.

not only that, but you had a CLASSIC theme that you could easily use with windows XP and Windows 7 in the coming years, that looked a lot like 90s windows.

Windows 10 does have alternate themes, but they've regressed to just color changes, no classic. not to mention how fucking BASIC they are. You can change the system color, the sounds, the background, and the cursor. No icon change, no taskbar change, Nunavut. I wouldn't be that bothered, but Windows XP just looks better in different colors than Windows 10. Would rather have a bright blue with gradients than just a bright blue- and even then, Windows XP had better theming capabilities.

The issue is that Windows 10's shell is so completely and utterly secured and locked down that you can barely customize any of it. ESPECIALLY the fucking metro apps. your start menu, settings, Xbox app, all that crap is now hardcoded to be in metro, and that means that you can't change icons, or color theme, gradients, anything. Windows XP and 7 let you poke around in the operating system because it's YOUR OS, so you deserve full control. If that means dressing the interface up to look like Hannah Montana, so be it. But now... you can't do JACK SHIT. You're stuck with this OS the way it looked, and the only way you're gonna change that is if you purchase Windowblinds 10, which is a fine customization tool and all, but like I'd prefer if Windowblinds theming functionality was just hardcoded into the system. I want the ability to select past windows versions as the theme, let me relive the XP and 7 nostalgia Microsoft! Not to mention that Windowblinds still doesn't let you customize the look of the metro apps, let alone overhaul the interface like LItestep did back in the glory days of XP.

Don’t worry op, I understand completely.
Here, have this https://n0vadp.hoyoverse.com/#/m

Rainmeter + any number of alternative start menu modifcations. You can achieve any look you want.

Here you go, get to playing: https://www.rainmeter.net/ 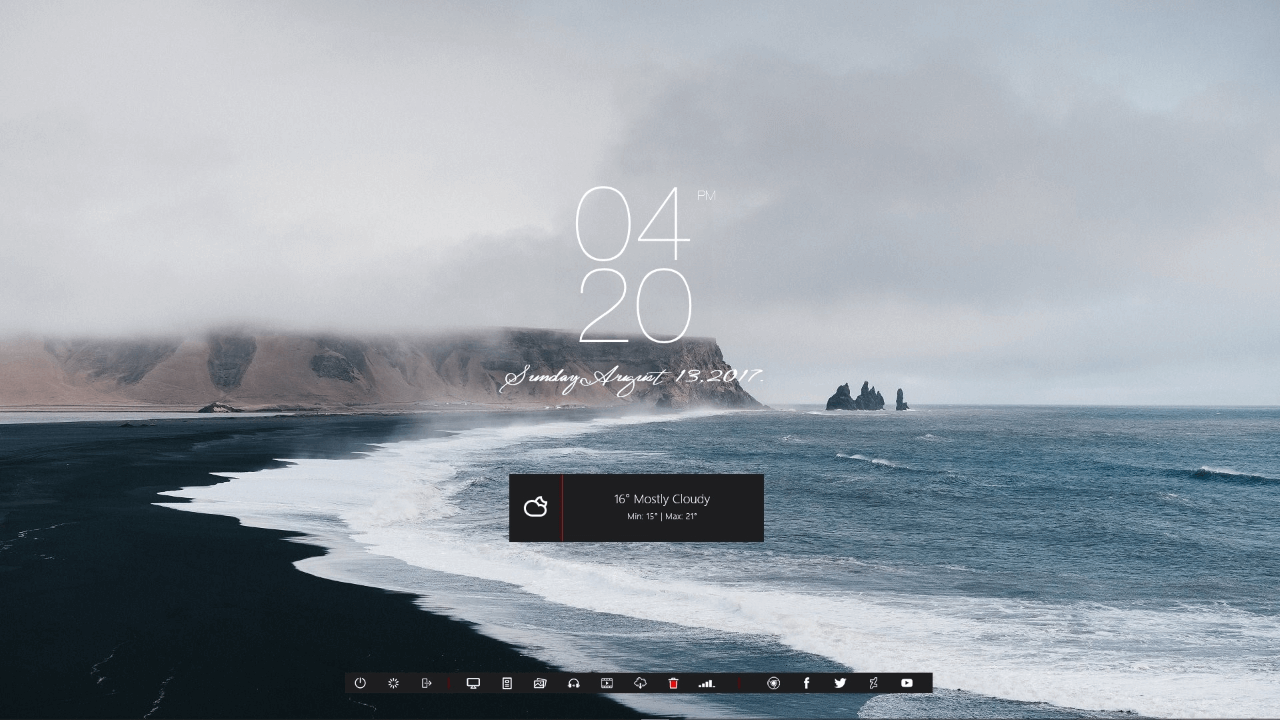 Your first example of what XP could be looks like the worst unreadable shit I’ve ever seen.
I

Thaedolus said:
Your first example of what XP could be looks like the worst unreadable shit I’ve ever seen.
Click to expand...

I thought this too, but didn't want to insult him.

I can't believe you give a shit. This is the kind of thing I worried about when I was 12. Now I just want the machine to do the tasks I require. Windows has never gotten in the way of that.

InverseAgonist said:
I thought this too, but didn't want to insult him.
Click to expand...

Rest said:
I can't believe you give a shit. This is the kind of thing I worried about when I was 12. Now I just want the machine to do the tasks I require. Windows has never gotten in the way of that.
Click to expand...

I disagree, windows 10 and 11 have forced updates that get in the way of being productive. Also other issues such as worse UX requiring extra clicks than older windows and dumbed down overall.

It would be nice to have some more customization, especially since MS likes to mess with layouts and features often. I'm pretty happy with the state of 10 though.

I loved my Windows XP days.

Had to buy an old base unit with a floppy drive a couple of months ago for a hobby project and still managed to activate my legit XP serial over the phone with MS.

The screenshots take me back to when I used to like customising XP, trying out different themes and loving the different software you could get. I loved Royale when that released.

Now I couldn't care less if I'm honest, because I'm happy with a clean taskbar/theme. All I ever want is dark mode, so I'm all set. Windows isn't perfect, but it does the job I need it to and looks neat while it does it. It's probably because I'm older, but the overall Windows look is much more appealing now than XP was, even if we lost theming ability. Most that still want themes probably use Linux these days, I'd guess.
Last edited: Sep 22, 2022
D

Who could forget those Plus! Windows 98 themes, especially that space or underwater theme.

Windows 7 and Vista did allow you to change the colour scheme and opacity of the task bar and windows, which is allost people really want. Completely custom themes look awful and remind me of those horibble custom dashboard people used to make for the OG Xbox.
Still Microsoft offer themes for Windows 10 on their Windows store, but these are just wallpaper packs. The custom themes they did for Windows 7 were better, some even had sounds like the Halo Reach theme, or the Gears of War one.

As for XP, I wish they included more colours for Luna out of the box, there were only three options to choose from.
Last edited: Sep 22, 2022

Rest said:
I can't believe you give a shit. This is the kind of thing I worried about when I was 12.
Click to expand...

I'm a teenager so I'm not that far off.

Rest said:
Now I just want the machine to do the tasks I require. Windows has never gotten in the way of that.
Click to expand...

That's the thing though, windows hardly gets in the way of the things I wanna do. It plays games, it let's me watch YouTube videos, and it let's me to onto neogaf. It's done everything it needs to, so that gives me leeway to worry about the infinitesimal stuff like "how good can I make my start menu look" and "how can I make my OS resemble that of a sketchbook owned by a 5 year old?"
Windows has worked for me and it will continue to work for me so I'd like improvement in the smaller, more personal areas.
Last edited: Sep 22, 2022

InverseAgonist said:
I thought this too, but didn't want to insult him.
Click to expand...

I feel like it is just a novelty that changes the loon of something.

I don’t want to see the desktop environment. I want it to work and to disappear. Also not to take a lot of resources.

Unlike say a Linux shell which does things act and do slightly different things depending on preference.
Last edited: Sep 22, 2022
You must log in or register to reply here.

Victor Omega replied
Apr 1, 2022
It's time for Apple to revolutionize software like they did with iPhone

Lasha replied
Oct 24, 2022
With all this Windows 11 talk, i wanted to share this article from 1996 talking about Microsoft, Windows and their issues. Still relevant?
Opinion

TLZ replied
Sep 22, 2022
Prediction Thread - What will PlayStation as a whole be like by the end of this gen?