yurinka said:
(well maybe not the best case because FIFA is more WORLDWIDE oriented and Xbox is more USA oriented but that's the idea).
Click to expand...

Mate, I got hooked into Destiny 2 loop, bought all expansions, might as well buy the season pass/deluxe editions now to have it all. 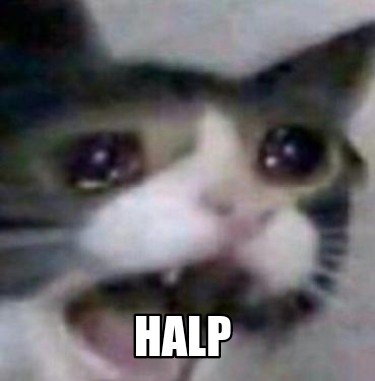 kingfey said:
Any game that isn't 3 month old, is called old game. 1 year old, and people will frown on that game, because it's old.

That is the stigma of old games, on forums, reddit, and Twitter. People look down on those games, yet they keep talking about their favorite games, and how they will like to get a port, remaster or remake.

Its hard to understand people sometimes.
Click to expand...

If Sony somehow (hypothetically) included Elden Ring or even Horizon Forbidden West on the new PS PLUS sub service in September, people would care.

If Sony somehow (hypothetically) included Elden Ring or even Horizon Forbidden West on the new PS PLUS sub service in September, people would care.
Click to expand...

Mate, I got hooked into Destiny 2 loop, bought all expansions, might as well buy the season pass/deluxe editions now to have it all.

yurinka said:
As I remember while ago they had a policy for PS+ games that to be included there they needed to have a minimum MC score. Not sure which one but I bet was 70 or 75. Who knows if they brought that policy back to use it as filter. Maybe they use it and even incresed the score.

I have no idea regarding the current PS Now / future PS+ royalties. Regarding MS, the 5-10M number is a rumor for a AAA game (Guardians of the Galaxy) some months after launch. that payment amount and method depends on the game on a per case basis. Obviously they don't pay the same for a big AAA game than for an unknown indie, and don't pay the same for an old game than for a day one game, etc. Some cases also are paid upfront even before finishing the game, other ones depending on how much it gets played, etc.

Kadokawa published a tons of games since decades ago for multiple platforms, and have a history of dozens of PS exclusive games that goes back tto PS1. I mean outside FromSoft, who also has a long history of many PS exclusives since the early days. Kadokawa not only owns FromSoft, they also own some other game publishers and game development studios: Kadokawa Games, Spike Chunsoft, ASCII Media Works, Kadokawa Shoten, Enterbrain...

Kadokawa signed a 3 ways deal witth Cygames and Sony where Kadokawa gave 2% of their stocks to Sony and 2% to CyGames to help them give their games a global appeal and help them reach a global market. And in the particular case of Sony, same with Kadokawa's anime. Later Tencent bought ~6% of Kadokawa and made a deal to help their anime and games enter China. In addittion to their game stuff, Kadokawa has a lot of anime, manga (with tons of popular IPs) and also publishes magazines or books (including gaming magazines like Famitsu or Dengeki Online and published many guides), and have some other random business. Kadokawa is worth ~26B Yen, not USD. That is $2.2B.

Kadokawa has an insane catalog of games, anime, manga, game guides and game magazines. And also music labels. Tons of IPs and creative teams behind them. But I think the main issue it's that it's a corporation split into a gazillion different companies, many of which work in different areas. I think that it would be interesting for them if Sony would buy the entire corporation and split their teams to place the gaming ones under SIE, the music ones under Sony Music, the tv and film stuff under Sony Pictures and so on. And they could even open a new Sony division to put all Kadokawa's book, manga and magazines publishing labels there, which I think could have big potential for cross colaborating with Sony Music, gaming, anime, film etc areas beyond the ones they already do inside Kadokawa. Even more if they open it to the world and localize a lot of Japanese only stuff they have.

The restructuring to integrate it properly would require a lot of work, time and money to do it properly but would give Sony a lot of value for a relatively cheap pricing. But well, knowing Sony they could simply put Kadokawa under SIE and to keep all the Kadokawa companies working as they do but working for each Sony division when required.

To join Sony would benefit Kadokawa in all their areas, basically to open it to the world having top partners for most of their areas: PlayStation / SIE and PS Studios for gaming, Sony Music for music, Sony Pictures and Crunchyroll for anime/film/tv etc.
Click to expand...

Excellent response. So it would be benefit Sony if they were to aquire Kadokowa or merge with them. A win win for both.

Guy is a known liar and overhyper. Wait and see when Jim Ryan tells you something.

Warnen said:
season pass good way to get some good materials for upgrading armor and high stat roll stuff too…

Spukc replied
Apr 1, 2022
Jim Ryan will go unsung for his contributions in keeping Playstation as a platform competitive
2 3 4 5 6