Most boring Games you ever play it

Death Stranding. Im addicted to the boredom and peace it provides me. Dunno how Kojima does it.

Beyond: two souls. The most boring game I have ever played! I can't believe sony funded that shit.

RDR2. It is my biggest first day buy regret
B

Such a garbage fucking games
A

All Elder's Scroll (I prefer Gothic all the way )

Disco Elysium. I love CRPGs and games with lots of text but holy shit that was way too wordy for me.

Reading the monologue inside a character’s brain is a cool idea but should be for big story moments, not for opening a fucking door or talking to someone.

I spent way too long on it cause I thought it would become good but it never did.

Second would be Returnal because while the action is good, it just doesn’t have enough variety for a rogue-lite, not enough weapons, not enough rooms, enemies, artifacts. Don’t expect me to restart from the beginning each time if it plays the exact same way as the previous attempts.

I also really tried to get into it but all the time I thought why am I not playing a better roguelite instead ?

a game that stubbornly refuses to be actually "played".

Guardians of the Galaxy - started off well, now a complete and utter drag. I can't wait for this to finish so I can be done with it. The game moves at a snails pace.

Guardians of the Galaxy. Although I was enjoying the story, graphics and music, the gameplay, especially the combat was terrible.
I quit the game after a few hours because of the combat being so lame and boring.

How dare you? It’s the best Far Cry there is.

Unfortunately Horizon Forbidden West for me. I found it so incredibly boring I couldn't bring myself to finish it. Everything kinda looks samey. All tribes look kinda the same in some way. I liked the first one but this was too much for me. The map was way too big and nowadays I don't have the time for big open world games with Ubisoft style icons all over. My gaming time (what little I have left) is too precious to waste on tedious busy work and clearing icons from the map.

MidGenRefresh said:
How dare you? It’s the best Far Cry there is. 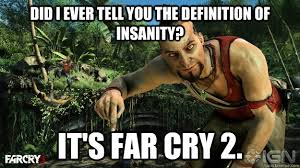 Ubisoft bloat insanity started with Far Cry 3. Far Cry 2 is short and sweet. Very immersive as well. But I understand it takes a certain state of mind to truly enjoy it.

MidGenRefresh said:
Ubisoft bloat insanity started with Far Cry 3. Far Cry 2 is short and sweet. Very immersive as well. But I understand it takes a certain state of mind to truly enjoy it.
Click to expand...

Nah it's more like a reaction to those respawns

Otre said:
Death Stranding. Im addicted to the boredom and peace it provides me. Dunno how Kojima does it.
Click to expand...

It’s relaxing. It just doesn’t provide sensory overload like other games.
That’s why I love it

The most recent AC games. Maps became overwhelming. There was a honeymoon phase then dropped off where I had to stop playing and come back.

Those would be annoying... if the combat wouldn't be amazing. But it is. So it's not as big of a deal.

U4 and TLoU2. It's a shame as I loved all their predecessors but Druckmann has become way too pretentious with his pacing.

Couldn't even finish it.

Every point-and-click game ever. (Should be called click on every fucking square inch so you don't miss some stupid reference) 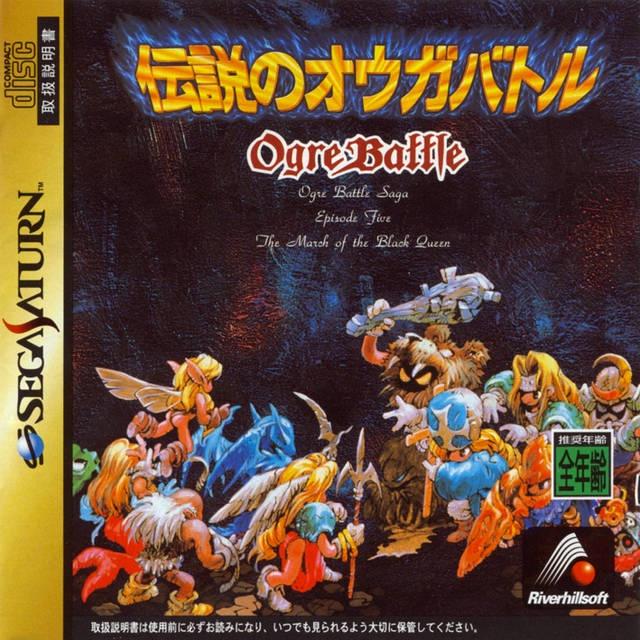 The last game I played: Densetsu no Ogre Battle: The March of the Black Queen.

It has the worst battle mechanic I've ever seen in any tactics. Combats are basically limited to a bunch of attacks (10-15) and enemies always manage to flee with very low health points, they just escape to their nearest base, recovering their health and returning to do the same stupid tactic. On top of that, I love how the game alerts you in the first stage: watch out, this is not a turn based game, think fast! But the movement is so damn slow that it is nearly turn based. The game is unforntunately boring, since it has many interesting ideas, it could have been much better with battles to death and faster world map movement.

It is an SNES port, so graphics are basically 16-bit, aside some neat warping effects when tarot cards are played.
Last edited: Apr 10, 2022
D

Sleepwalker said:
Still havent touched it after season 1. Just felt there was no way they could top that. are they worth going back to?

I did enjoy batman enemy within and the wolf among us for what its worth
Click to expand...

I liked season 2, the Michonne mini-series, and a New Frontier (which is season 3), they aren't as good as the first season, but if you liked that one you will likely enjoy these too. A new frontier is probably the best since it's a bit more modern with its gameplay systems.

However, the last season they did, the one I am talking about, is the one where Telltale went bankrupt halfway through and ended up coming back to it later and finishing it. It's a mess, and you have to protect this weird kid (he looks 6, with the voice acting of a 16-year-old) that is super annoying. It's a "throwback" to how Clementine was protected by Lee in the first season, but the kid is nothing like Clementine and annoys you from day one.

The are other Telltale games that are better though, Tales From the Borderlands and Game of Thrones are worth looking into. But Batman and Wolf Among Us is likely their best stuff alongside Walking Dead season 1.

Little Inferno
Such a let down, for a title from the creator of World of Goo.
To be fair to it, I didn't watch gameplay before buying so it's partially my fault.

Fallout: New Vegas.
Sparse moments of brilliance amidst a sea of unremitting boredom. Dropped it 50h in during Old World Blues.

Jennings said:
Yea. Played one on WiiU and one on Switch.
Click to expand...

You do you know what you're getting into when u playing those genres right?

PSYGN said:
Death Stranding and I never even played it so I'll get extra hated here.

Edit: Dang it, the thread title means my opinion is extra invalid.
Click to expand...

MikonJuice said:
I'm hurt to say it, but Death Stranding. I finished the game, thought some ideas were awesome... but having motorcycles were useless. Almost all of the terrains just sucked to walk by. I know... it's part of the gameplay, but after some 40 hours, you start to get bored. Also, the structures were awesome, but the amount of things to get were just too much.
Click to expand...

I can't fathom anyone not enjoying the "motorcycles" - suss.. 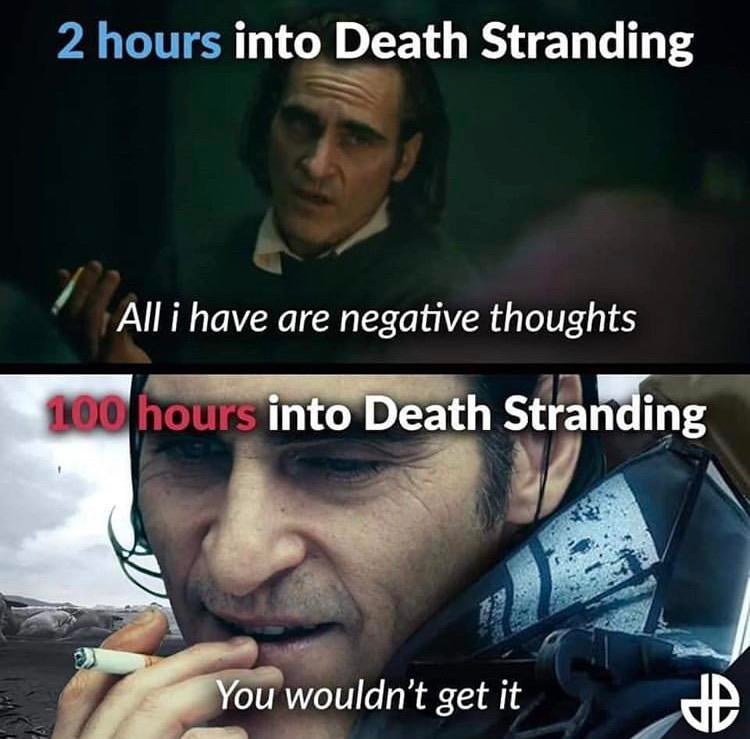 Otre said:
Death Stranding. Im addicted to the boredom and peace it provides me. Dunno how Kojima does it.
Click to expand... 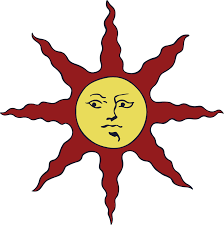 Heimdall_Xtreme said:
This and Sherlock Holmes games by Frogwares.

An sleep pills does not have as much power as these games.
Click to expand...

Is this the infamous "Dr Watson is stalking you oh God he's right behind you" game?

RDR2. So boring I couldn't even finish It.

Space Marines for PS3 - Shame though, I loved the design of armor and the combat possibilities. Was expecting something like Gears of Wars. Instead, its just a bunch of hordes and hordes to kill every 2 minutes.

Pokemon Shield - my old brother begged me to play, to the point of even buying the game for me. I was like "well, I should at least give it a try since he even lend me his Switch". My god, I wish I hadn't. Its my first pokemon game I wished the story ended fast of how terrible it is. Everything in this game is awfull, its also the first pokemon game I ever turn off the music(the music is incredibly bad).

Monster Hunter- I admit I had fun collecting and exploring. But taking 10~30 minutes to defeat a big target and have "chance" of loot is boring and mundane as fuck. This game was not made/balanced to solo.

Chasm - Imagine a loser trying to copy a work from a classmate and still being terrible at it. Thats Chasm. Everything its just bad: background is just 90% ctrl+c of past screen, music is basically non existant, drop is terrible, etc. The whole game is a bland simulator.

Skyrim - Just the fact that is mandatory the game to have mods to be fun and function perfectly already explains alot.

Uncharted 4: snooze fest. Played and beat the game basically dragging myself to finish it. It made me sleep playing countless times. Which is ironic, the first Uncharted is pretty damn good.
Last edited: Apr 10, 2022

In recent years, Disco Elysium. But I feel it's not a game but a visual novel, so I don't know if it can be considered a proper video game. I played the second half of the game skipping all dialogs and not using any attribute point and I managed to finish the game and see different endings, including the "good" one, so zero skill or conscious interaction is needed to play the "game".

Robotrek on the SNES, what a damn let down. I remember being so hyped from ready Nintendo Power and the game was just not what they were claiming. So dang boring.

There are ton of games that I quit reasonably early because I didn’t find them interesting, but there are some that I kept on playing despite being bored mostly because I kept on hoping It will get better. Usually, it happens with well-regarded games and one that comes to mind is Uncharted 4. It’s also because I was a fan of the initial trilogy.

It only got worse.

Easily Prey (2017). It is so slow. There is nothing to do, nowhere to go, not enough enemies, terrible weapons. I gave up on it very early, and it was still a complete waste of my time. I was so happy to hear that it was a massivd commercial failure. It deserved it. Thank goodness I didn't spend any money on that trash.
You must log in or register to reply here.

pleaseinsertdisctwo replied
Jun 2, 2022
Games that made you believe it was the best game you ever played right after?
2 3 4

Sophist replied
Apr 11, 2022
The console that makes you feel the most like a gamer?
Social Opinion 2 3

SEGA Nintendo replied
Jun 27, 2022
(LTTP) Horizon Forbidden West is one of the most disappointing sequels I've ever played.
Opinion 2 3 4