A Goonies remake with Drakes daughter as the defacto leader of a bunch if goofballs. Pirate adventures with a new Sloth like character.

With Uncharted 4 being my favorite game of all time, I'm definitely down for Uncharted 5

Give me those bombastic setpieces in beautiful next gen visuals

Fuck yeah, but this as protagonist: 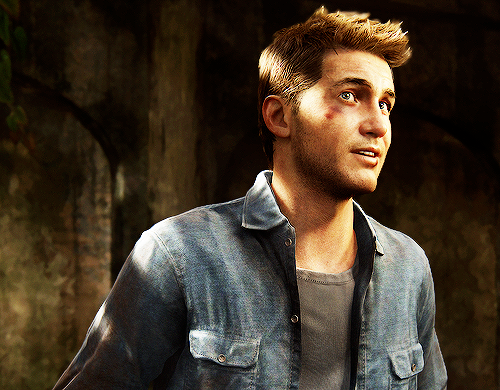 Along with Sully. And bring back Eddie and Rika. And strike again the perfect balance of serious/lighthearted seen in Uncharted 2.

Markio128 said:
Maybe Cassie could be the new protagonist, following in her father’s footsteps, like Lara.
Click to expand...

I’m not opposed to this. Especially with how UC4 hinted at it.

Good! Love Uncharted, honestly some of the most striking games I’ve seen, cheesy but fantastic story lines and set pieces, fun gun play. I don’t dislike anything about them really and have platinumed all 4 as they are so fantastic.

As much as I'd like to see Naughty Dog do something new...I love these games, every fucking one of them lol. I'm down.
Last edited: Apr 21, 2022

It's time to move on. Do one more TLOU3 game. End it on a high note. Then move on.

Do a space sci fi game.

Or do a Game of thrones medieval style game.

Branch out like they always have. Thats why they are such a successful studio. They never pigeonholed themselves to Crash or Jak or Uncharted. They need to move the fuck on.
Click to expand...

I also would like that as well though. Maybe I have played so much uncharted already. This is why GAF is good.

Probably will play as Cassie on her first adventure.

No thanks, time for them to do something else. Even it means open world.

Cert.in.Death said:
What does a future UC title look like?

Damn it, I can see it being GaaS if Sony's plan is to leverage all their popular IPs to make a push on that space. With Jim Ryan you never know.
Last edited: Apr 21, 2022

I just finished Uncharted 4 Remaster and Lost Legacy. I enjoyed them both MUCH more than playing them the first time. Had a lot of fun. I'd HAPPILY go for another Uncharted game that was in the same spirit of the previous games and not completely and transparently agenda driven.

Of course and the main character will be Drake’s daughter.

Lost Legacy is a fun game too. Well paced, not too long.

To me the pairing of Chloe and Nadine just didn't work all that well. Drake and Sully, Drake and Elena, Drake and Chloe, Drake and Sam all those pairing worked much better to me, I guess I just liked him much more as the main character.

Chloe didn't seem to have enough conflict within her to carry the game for me.
Click to expand...

I do agree that Sam works as a sidekick, better than Nadine. But Chloe was a real nice choice for the main character imo, could carry a game alone without any chatty sidekick. She’s totally ND’s Lara Croft, attitude and all. Still surprised ND let her fill out dem jeans so good

Rox598 said:
Of course there's gonna be more that's a no brainer

Yes, she will Crusade around the world against the legacy of her cis male father. She'll wear a blm shirt too.

SSfox said:
Uncharted without Nate not sure i'd be excited about that.
Click to expand...

Lost legacy didn’t had Nate and it was fun!

SSfox said:
Uncharted without Nate not sure i'd be excited about that.
Click to expand...

I want a new Uncharted with Nate as main protagonist. They can make a prequel with untold aventures of a younger Nate and a playable younger Sully.

Or a sequel where Sully is mentoring/teaching/training the girl, they got in trouble and dissapear when discovering the Atlantis or something like that and Nate has to go to help them.

Add spectacular set pieces, stunning visuals, great action, some big adventure and get rid of the ones at Sony who hate white cis straight male protagonists. Uncharted is Nathan Drake, he must be the main protagonist.


fart town usa said:
I do my best to not be a hater, I know millions of people love these games but man, sometimes you just gotta move past an IP and work on something new.
Click to expand...

The studio has been growing, and their heads said they're interested on continuing with both Uncharted and TLOU and to make a new IP. It doesn't make sense to kill Nate.

Sony already creates a ton of new IPs, doesn't make sense to ask them leave Uncharted. Why don't you go to Nintendo and ask them to leave Mario, Pokemon and Zelda? Or to ask the others to stop making Halo, CoD, FIFA, AC, FF or RE? Doesn't make sense, these series make a lot of money and millions of fans want more of them.
Last edited: Apr 21, 2022

Uncharted was meant to be a globetrotting Indiana jones right, so plenty of things to do in this franchise.

Nathan Drake story is done and I highly doubt they will bring him back. Spin off characters, Sully younger days or new protagonist with a soft-reboot makes more sense.
edit- also people should play Lost Legacy. It was really good.
Last edited: Apr 21, 2022

Please fam don’t do this.

The old ND trilogy formula was what made them great. They kept it fresh.

Uncharted - 5 main instalments and a stand-alone expansion. More on the way?

PS should look at Xbox and the franchise fatigue that’s set in with Halo and Gears.

The old ND trilogy formula was what made them great. They kept it fresh.

Uncharted - 5 main instalments and a stand-alone expansion. More on the way?

PS should look at Xbox and the franchise fatigue that’s set in with Halo and Gears.
Click to expand...

Well why would they care if Naughty Dog also did The Last Of Us after? They are also doing a new IP now..

So I think the issue with XB with the whole Gears and Halo thing has more to do with it being the ONLY thing those 2 studios do for life now or something. I think Uncharted with a prequel with Sully can work or a different character in the future or something and if they have great ideas, I think they should go for it.

They are after all also working on a new IP and likely The Last Of Us 3, so its not like its just Uncharted we are getting, so I'm ok with the IP continuing under that context, I'd start to worry if that was all they did every gen or something lol

I don't understand these people who are talking about leaving a giant cash cow franchise off the table. Don't like it, then don't play it. No one cares if you like the formula or not. It's a light hearted adventure game with memorable characters that has a huge following.

seems like a nothingburger if I ever saw one. She’s just reminding people in her network that Naughty Dog made Uncharted, you know that blockbuster film that came out a few months back. Normal social media stuff to build up your career decision by association with what people know. People making something on this are desperate. Sony silence is making them do weird logical jumps.

In her post, McBrearty said she is “scouting for talent at every level” and it’s “special being able to be building future teams for not only new titles but for the legacy of Uncharted”.
Click to expand...

Please Sony we need an Event soon where we see what Naughty Dog is working on.

Next gen graphics start when Naughty Dog releases their first PS5 exclusive and next gen peaks when they release their last one.

Your avatar, your tag and what you wrote made me really confused...

To me the pairing of Chloe and Nadine just didn't work all that well. Drake and Sully, Drake and Elena, Drake and Chloe, Drake and Sam all those pairing worked much better to me, I guess I just liked him much more as the main character.

Chloe didn't seem to have enough conflict within her to carry the game for me.
Click to expand...

This, so much this. And don't get me wrong, I like Chloe a lot, but that kind of humor and personality is not something you find in a female protagonist.

I'd love something with both of them and the other characters. But come on, there's some room for Nate there too. He doesn't have to be the protagonist, but we all love him and he deserves to be in the game.
K

Sigh. I actually dislike seeing ND updates now because they're never about Factions 2. And even that Im hoping is gameplay as divorced from meaningful story beats as possible due to TLOU2's story.

The gameplay engine is the last petal left on the flower.
You must log in or register to reply here.

Uncharted Series Not Over Yet, According to Naughty Dog
2 3 4 5 6