Shooting Hoops, Card Blast, and Teeter Up sound like those endless droves of shit games made for the Atari 2600 right before they crashed the market with ET's fat ass.
Last edited: Nov 2, 2021
Reactions: poodaddy, Giallo Corsa and Elginer

News like this make me feel completely out of touch. I know there's lots of smart people working at Netflix, so this has to make sense and have a realistic chance of becoming profitable. I just don't understand it.

And so it begins.

How are they expecting to bring this to iOS if it's not streaming? Apple only allows Web based streaming, right?

It sounds like something extra to play and no increase in subscription(yet) so i don't see the harm in this.

For the love of god, somebody hurry up and invent a time machine so I can go back to the 80s.
Reactions: Elginer

HerjansEagleFeeder said:
News like this make me feel completely out of touch. I know there's lots of smart people working at Netflix, so this has to make sense and have a realistic chance of becoming profitable. I just don't understand it.
Click to expand...

It just something to get people to stick with Netflix, instead of paying for a new show that has the risk of bombing put that money in 'exclusive' games of their more popular brands, so the fans get more content and don't unsubscribe once the TV season is over

Pretty bland selection to kick things off, they make so many shitty original stuff now you'd think they could do more than a basic looking card game for this.
I guess it's hard to complain at no additional cost, though hopefully in the future when they inevitably raise prices again there's an option for a cheaper subscription with no games.

I mean if they didn’t even try to compete with-Apple Arcade, it would surely be DOA.
Last edited: Nov 2, 2021

Pretty soon we will see AAA games from Netflix...mark it!

clarky said:
Dropped off dark after one season and I'm not into cartoons.
Click to expand...

I find it interesting that everyone who doesn't like animation always calls it a cartoon.

It's like "cartoon" carries this intentional connotation that it's for kids, yet, everyone here plays video games.

BlackTron said:
I find it interesting that everyone who doesn't like animation always calls it a cartoon.

It's like "cartoon" carries this intentional connotation that it's for kids, yet, everyone here plays video games.
Click to expand...

Looks like Netflix is going to use the ios app store for it's games. Gee thanks apple. Thanks for another nail in the coffin that is my research into getting a new cell phone.
Iphone 8 plus is getting old and the battery needs to be replaced. Wow look at all these shiny android phones, some don't have that awful notch. I wonder if they are any good.

megreotsugua said:
I called it. I have a thread about it and some people couldn't grasp the idea that Netflix can offer gaming at no extra cost. I remember some were saying: "why would Netflix spend money on games, there's no guarantee that subscribers will play them." With the same logic, why would Netflix spend $20M on a new show. There's no guarantee that subbers will watch them.

Even if Netflix will just allot $1 billion of their budget out of the more than $20 billion yearly budget for content, that's a lot of games already.

On a side note, Sony combining movies, shows, anime, and videogames under one subscription doesn't sound so crazy after all. I have a thread about it and a lot of people couldn't grasp the financial feasibility of the idea thinking it would have to cost more than PSNow of $10/mo.
Click to expand...

The weird thing is NF is a streaming service to begin with offering movies and TV shows on a shit load of apps across devices. If there's any non-gaming company that makes sense to dive into streaming games it would be this one. So why any naysayers would discount NF is odd. Ok, maybe if NF is a lumber company wouldnt do it But doesn't sound like a stretch at all to offer a streaming gaming section for NF.

There's even rumours Walmart is going to do a streaming service!

In this world of cloud and streaming, it looks like any media related company is itching to get in.
Last edited: Nov 7, 2021
Reactions: megreotsugua
T

I cancelled my Netflix this year in favor of gamepass. They're smart to try something new because they're going to lose lots of people. Content has been pretty stale.

clarky said:
If the games are anything like their movies then yikes. Cancelled my sub last month their output is fucking shocking bar one or two shows.
Click to expand...

This is what happens when you can'r read subs.
There is a whole world outside hollywood you know?
Reactions: Bo_Hazem and Giallo Corsa
G

Keihart said:
This is what happens when you can'r read subs.
There is a whole world outside hollywood you know?
Click to expand...

I mean, you're somewhat right, lots of Korean, Italian, Spanish, Polish (The Mire was amazing) etc movies/series on netflix but...let's be honest, most of it is trash - just take a look at your specific country's top 10, it's filled with idiotic chick-flicks, dumb as fook action movies/action-comedies (Army of the dead + army of thieves are literally hot garbage) and the usual Netflix "documentaries".
Most of the time, you spend a good 10-15 mins trying to find something good to watch just to turn netflix off again in disgust.

Personally, i must have watched Good fellas 5 times, the Godfather movies and taxi driver (amongst other things) on repeat just get my money's worth out of it, personal opinion and all that my good man...

As for the gaming part, haven't tried it but those titles mentioned...it's not like i give a rat's arse so, yeah

They're playing it safe with these reskinned Android games.

I don't want my subscription price increasing because of a new thing I won't use.

I'd be down for some actually good mobile games without ads and in-app purchases.

I would play on my phone on the train etc. but can't be bothered with all those f2p shit games.

FingerBang said:
Well, nothing too exciting for now, but I'm eager to see where this is going.
Click to expand...

Me too, it's all so exciting. 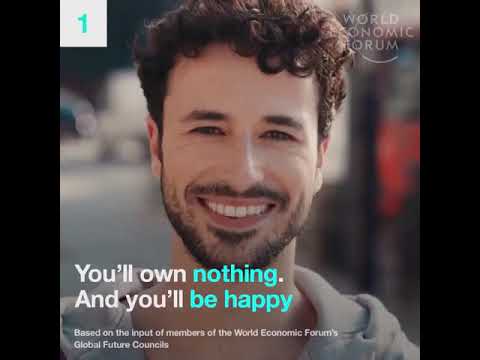 mckmas8808 said:
This is a great thing! You're right.......but, will it increase the cost of my Netflix sub if I DON'T want this in the future?
Click to expand...

They will increase it anyway

Netflix has surprised subscribers with not more movies, but two new free games. Earlier this [...]

Now, it's added to this tiny library of free games with two more free titles, and like the previous five, these don't appear to be limited-time offers, but permanent additives for those subscribed to Netflix.

The first of these two free games is Bowling Ballers, available exclusively for Netflix subscribers. Reviews on the App Store and Google Play Store are still coming in, but on the latter is a rating of 4.3 out of 5 across 450 user reviews, and on the former it has a 4.5 rating out of 5 across two user reviews. The other new free game is Asphalt Xtreme, which actually released back in 2016 and was quickly shut down, but has now been revived just for Netflix subscribers. It boats similar user review scores.

Bowling Ballers: "In most endless runners, you want to avoid objects. Bor-ing! Play Bowling Ballers and knock down as many of those pesky pins as possible. Bowling Ballers is a bowling endless runner that includes a level-based mode. Actively hit objects rather than avoid them. Mechanics include skateboarding, flying and more, all with simple, intuitive gameplay."

Asphalt Xtreme: "Forget everything you know about racing, because all you need here is your instincts, real skill and a fearless desire for speed. You'll race around sand hills, charge through canyons, drift across the dirt and climb past your opponents to reach the finish line as part of an absolutely extreme racing experience!"

So this been out for a while? First I see it now. I'll check see if I have it and test.

where is the playstation collab?
You must log in or register to reply here.