THE STACK OF MARIO ENEMIES FELL SEVERAL METRES, NARROWLY AVOIDING GUESTS ON A NEARBY RIDE

The piece of scenery, which is shaped like four Super Mario Goomba enemies standing on top of each other in a stack, fell over and landed near the entrance to a tunnel on the ride.

The Goombas reportedly fell from a height of several metres but landed on a section of the ride that was inaccessible by guests, meaning nobody was hurt.


According to park management, some attractions in the park were suspended until the morning of the following day, so staff could perform checks to make sure everything else was safe.
Japan’s annual typhoon season traditionally peaks in August and September, and Asahi Shimbun Digital reports that Typhoon Lupit, the ninth typhoon of the year, was due to approach the Kansai region where Universal Studios Japan is located.
It’s not confirmed if winds caused the Goombas to fall, but the operating company is currently investigating the cause. 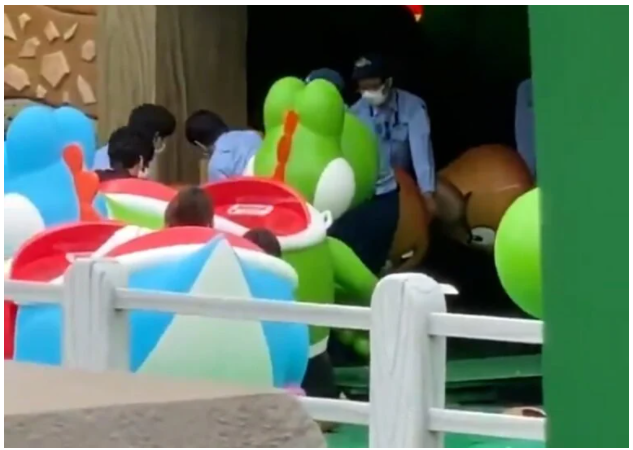 Super Nintendo World officially opened in Osaka, Japan on March 18, and is due to open at Universal Studios’ Hollywood and Florida locations too, though the former looks likely to be the first US park to open, with construction already underway.

The Hollywood park has also started selling Super Nintendo World merchandise ahead of its opening, marking the first time theme park-related items have been available outside of Japan.

Meanwhile, at the Japan park, construction work has started on Super Nintendo World’s Donkey Kong expansion, which has yet to be officially confirmed despite being heavily reported on over several years.


P.s. It seems our Goomba are trying to revolt against us for killing them in the game.

Lol I thought this was some cute way of saying there was a Wuhan virus outbreak. Then I realized they meant a literal goomba.

My first inclination was to laugh about this. But I hope none was injured or got fired.

It wasn't the thwomp?

That Thwomp is looking pretty suspicious too.
Last edited: Aug 13, 2021

Glad no one was hurt because this is hilarious. Seeing humans tending to goombas gave me a good chuckle.

Where are all the plumbers when you need them.

Glad no one got hurt because they look super heavy.

Maybe they saw an Italian man in the Yoshi ride and just couldn't help themselves.

Dangerous stuff, but I’ll admit just reading the thread title made me chuckle.

Imagine if this landed on you and killed you. Literally killed by a Goomba. You’d never ascend to Valhalla.
Last edited: Aug 13, 2021

Glad no one was hurt

But happy they didn't fall on anyone.

Banjo64 said:
Imagine if this landed on you and killed you. Literally killed by a Goomba. You’d never ascend to Valhalla.
Click to expand...

Now I want a Hitman level designed likes this.

Let's be honest, that would be a fucking amazing way to die
M

ouch, not a good spot for the place

Would've been more epic if it were some Thwomps 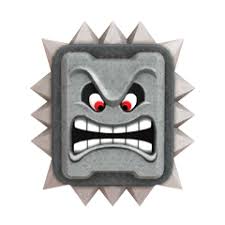 Neff said:
Let's be honest, that would be a fucking amazing way to die
Click to expand...

I'm so so sorry she said -regretting her naivety- How did it happen? Your father's dead I mean. -Immediately kicking herself for her intense curiosity- Sorry I asked Kevin, nevermind.. It's okay Sarah, Kevin replied, it's just, well, it's a weird story and I'm not sure you'll believe me, that's all.. It's okay Kev, please, you know you can be yourself, I'm your... Your friend.. -She looked at him and gave a slight smile, compassion and something else, he couldn't put his finger on, was merely hidden behind her gaze- Well he said..

MY DAD WAS KILLED BY A GOOMBA

These goobmas seem thicc and heavy

"I, for One welcome Our Goomba Overlords".

I'm not surprised - just think how many players that first Goomba in Super Mario Bros world 1-1 has killed!
You must log in or register to reply here.

Darklor01 replied
Jun 30, 2021
Sony's Blockbuster Focus Reminds Me Of Nintendo During N64, And That Could Be Disastrous (Or Perhaps Not)
Opinion Business Platform 2