Once again, I'm here to remind you that every argument in favor of $70 games is wrong.

Given that the upcoming release of The Last of Us: Part I remake has reignited the discussion on whether or not next gen titles should cost $70, I'm here to remind you why any reason beyond "because we can" is complete horsesh*t. For the record, I'm not saying that games can't cost $70 but that any justification beyond wanting more money is a lie.


For the TL;DW crowd:
When RDRII has horses whose ball shrink when it's cold, you know money could be shaved off somewhere.
This is a management problem. Manage better. And if you have to cut stuff to make the game within budget then so be it.
Consumers don't have to pay for your shitty management skills
Movie ticket prices vary by region, by time, and even by film. But overall, the price is not standardize, unlike gaming.
Also, using DVD's doesn't work since those prices haven't gone up in over 15 years.
And given that streaming services have been taking over the entertainment landscape, this argument is even worse than before.
No, it's gonna be both. Why would publishers get rid of such lucrative practice.
They'll sell you the game at $70 while also shoving in MTX and lootboxes.
This is highly subjective and depends heavily on individual developers.
And considering the state of the last two generations, I'll just keep my money instead.
This is actually the least BS reason. No, I won't. I'll just wait for titles to drop in price or during a Steam sale.
Good luck getting that new standard to stick.

At the end of the day, companies can charge whatever they want. And it's up to the consumer how much he or she is willing to pay.
The point of this thread is to dispel the notion that there's any reason for the price hike beyond a monetary one.
Then again, Diablo: Immortal is printing money, so I'd say we have the industry we deserve.
Last edited: Aug 8, 2022
J

Charge me 70 dollars for games like rdr2 or gta 6, or modern warfare for that matter I'm OK with that.
But u can suck my dick if u are going to charge 70 for a remaster of tlou

People need to get less attached from those companies.
Last edited: Aug 7, 2022

$70 is fine for folks that want to play on day one. Patient gamers can usually get the game for a lower price later on.

Is this even a debate?. I thought it was something used by the fanatics.

So?...do you need validation or something?

Thanks for letting us know.
D

It depends on the game for me.

I stopped paying full price for most games around the same time when Doom 2016 came out. Purely out of principle matters. Seeing how it was a $60 (mostly) single player game that I wouldn't be playing a lot more after the first 10-12 hour walkthrough.

I think it's easy for people to become a victim of hype. And to think that not purchasing a game on release is going to make you miss out on a lot. It won't.

I didn't mind paying full price for games like Destiny 2, knowing me and my sister will put hundreds of hours in it.

I will pay £70 for games I want to play because I really enjoy great games. I need and support Quality over uninspired fodder.

The face I make when someone tries to convince me to try the uninspired fodder and shovelware... Because it's free.

Nobody is forced to buy anything.

"In favour of" is not the same thing as "in defense of". I don't personally see many people actively rooting to pay more. Seems like a company that thinks they can get away with charging more for a popular product and people are free to buy it or not buy it.

Depends on the game. I'll be buying MW2 for whatever that is (£69?), won't buy TLoU remake day one, I'm not in a hurry to play that so I can wait for price drop.

brian0057 said:
When RDRII has horses whose ball shrink when it's cold, you know money could be shaved off somewhere.
This is a management problem. Manage better. And if you have to cut stuff to make the game within budget then so be it.
Consumers don't have to pay for your shitty management skills
Click to expand...

Most important point imho. So many abysmal management decisions at these companies in recent years. CP2077 comes to mind.
A

ChorizoPicozo said:
So?...do you need validation or something?
Click to expand...

I'm part of the problem.

When RDRII has horses whose ball shrink when it's cold, you know money could be shaved off somewhere
Click to expand...

how can anyone argue against this.... 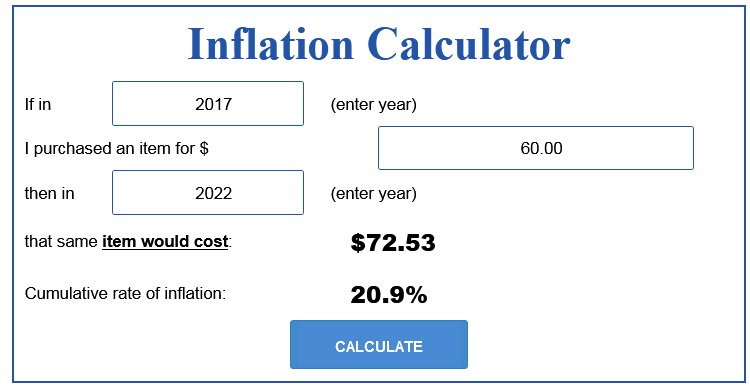 $70 is fine. At that price games are still WAY cheaper than they used to be, unless you don't understand inflation.

What I'm not okay with is hidden costs. Microtransactions, DLC, slowing down progression unless you pay extra, pay to win, etc. This crap is way more determintal than a simple $10 price increase.

People pretend they don't understand this in hopes publishers lower the price because of bitching online.

I was a teenager when new PC games cost £25-30 RRP (£35 for sports titles, simulators and fancy shit). Now PC games cost max £40 (from non-dodgy key reseller sites on release day, not Steam/MS Store/etc of course, there its up to £55, like Psychonauts 2 was, lol what a joke)

Console games have gone from £40-50 to £60-£70 RRP but you still get many on release for £50, why even waste time thinking about this, there aren't that many AAA releases worth buying in any given month to even care about this, its like £120 extra year MAX, more like £40-60, if that amount of increase is a consideration for you then you shouldn't be buying luxury items like computer games in the first place.

Even with that last point you can just wait for deep sales, I just don't even see a discussion worth having unless you have OCD about buying every new release, that also means you must have nothing else to do in your life, like you have a job obviously but you don't have to look after a family/household/do anything else except play games, because otherwise there wouldn't be enough time to even play all those games (even if you mainline them and do minimum percentage runs, not 100%).

Look I love playing computer games but you need to spend time doing other stuff and bettering yourself (I do a bare minimum of this as well and I should do more) to live a meaningful life imo, playing games for 8 hours a day, 7 days a week isn't tenable for your whole adult life unless you have a trust fund, win the lottery or have some business you manage remotely and requires minimal input.
Last edited: Aug 7, 2022
A 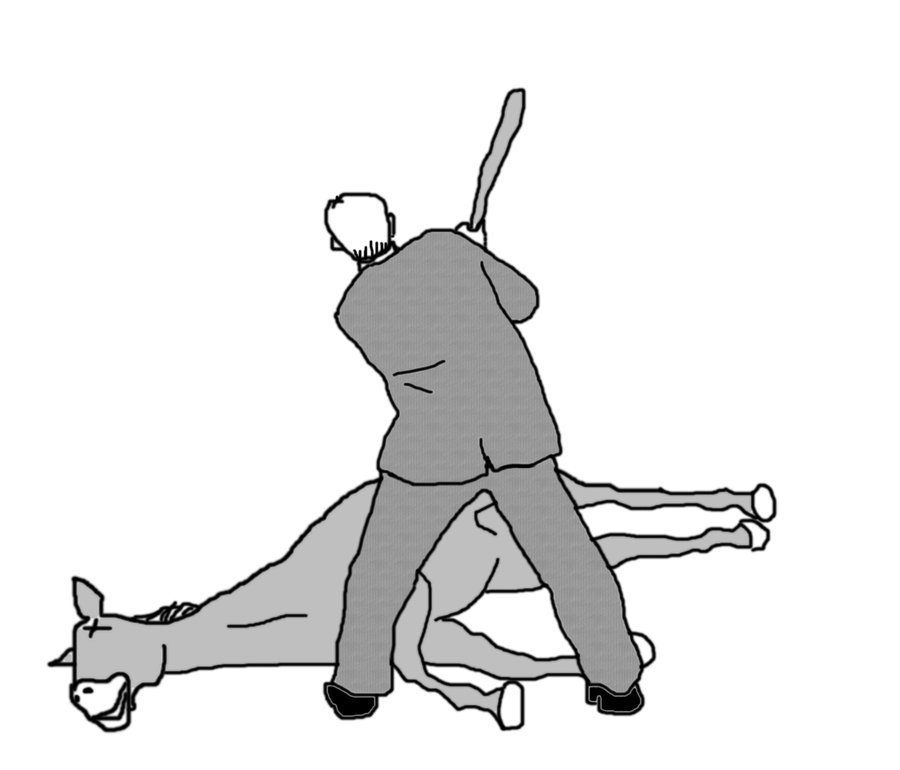 I'm still gonna pay full price on God of War and enjoy it more than I have enjoyed the last 3 Assassin's Creed games combined even though I basicallly got them for less money than one full price Sony first party game.

The companies who raised their games' price knows they have a premium product in their hands and people are gonna pay for it regardless the price increase. That is just one reminder that companies are not your friend.

This is the only entertainment industry that keeps charging/asking more while giving you less.

There's no market on earth where a fixed price leads to better products.

Cool. Don’t buy it then and wait for a price drop.

ChorizoPicozo said:
Is this even a debate?. I thought it was something used by the fanatics.
Click to expand...

It is (used by fanatics)

Spend your money however you see fit. There aren't a ton of games that I have to play day 1, so generally speaking I almost never pay full price for a game.

Yeah, those were seen as dirt cheap at the time, especially considering how much more 16-bit games had cost.

Today, $40 then is about $72 today. Games are cheaper than ever despite costing 10 times as much to make.

People are going to cry no matter what.

Movie ticket prices vary by region, by time, and even by film. But overall, the price is not standardize, unlike gaming.

Games don't have a standardized price and range from free to however much you can spend in Star Citizen.

I guess I'm okay paying 70 bucks as long as the game isn't also loaded up with a bunch of scummy "pay to win mechanics," "day one character passes," "season passes for content that should have been included in the base game, and "don't worry they're just cosmetic dlc packs."

It's not the 70 bucks that's a concern, it's that some game companies will charge you that much and then, with a straight face, still nickel and dime you with some fremium style nonsense.

DaleinCalgary said:
My father told me he bought his first house for $17,000.
Click to expand...

DaleinCalgary said:
My father told me he bought his first house for $17,000.
Click to expand...

Basically the same here mate, but in pounds, I think they paid £17000 for a two bedroom, semi-detatched with a dining room and an attic - which was converted to a large 3rd bedroom.

Pointing out that games used to be more expensive and that people should totally be ok with them going back to those prices is not the dub you seem to think it is.
S

ChorizoPicozo said:
So?...do you need validation or something?
Click to expand...

Does the OP need validation for their views? If people don’t want a thing, don’t buy the thing.

Your points are deliberately obtuse and/or subjective, you have a fundamental misunderstanding of economics and, most importantly, there has never been a cheaper time to be a gamer. Prices go down weeks from release and patient gamers are getting countless games, more than they can even play, on these huge PSN/Steam sales. You couldn’t buy crap games this cheap back in the day and we’re regularly offered AAA amazing content for $5-10. This is before we even touch on things like GamePass/PS++.

Didn't they teach you about inflation in school? Cmon now. The price has barely gone up in 30 years, compared to other products.

Nocturno999 said:
This is the only entertainment industry that keeps charging/asking more while giving you less.

There's waaaay more product in todays AAA games, but if you want to buy games that 30 people make today check out the indie and A space.

When physical games die, it will only get worse.

brian0057 said:
Pointing out that games used to be more expensive and that people should totally be ok with them going back to those prices is not the dub you seem to think it is.
Click to expand...

You not understanding how the world works is your own problem.

Take up a different hobby if this one is too much for you. Or wait for sales, rent games, etc.

Just don't tell people they shouldn't pay for it. Gaming is a relatively cheap hobby.

brian0057 said:
Pointing out that games used to be more expensive and that people should totally be ok with them going back to those prices is not the dub you seem to think it is.
Click to expand...

What "dub" are you saying we think this is? I was only going for empirical evidence, and that's exactly what it is.

"Because we can" choose not to pay $70.
You must log in or register to reply here.

Washington Post: For disabled gamers, ‘The Last of Us Part I’ remake is worth $70
2