A fun game for all the family...

Due out on August 4. 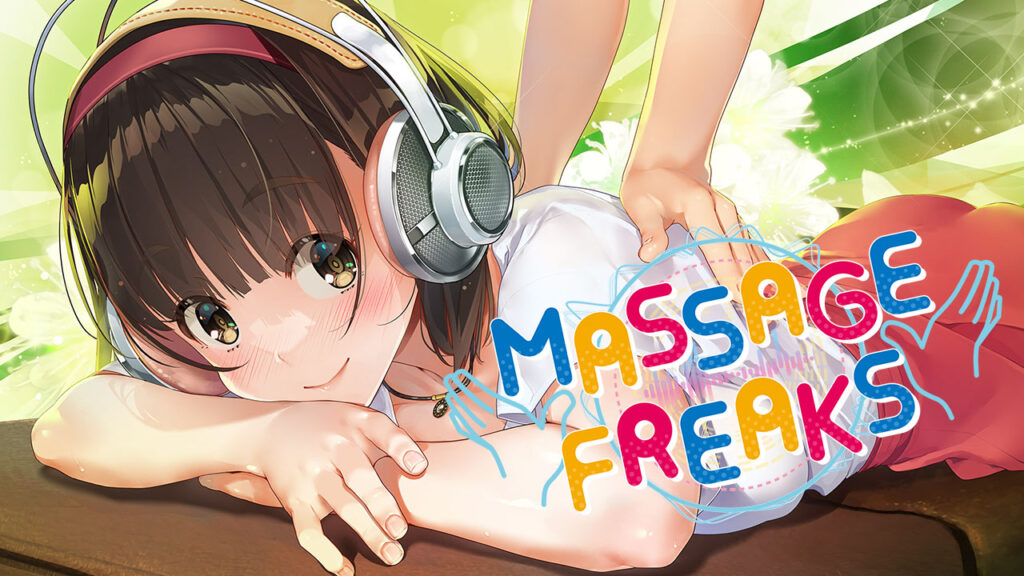 qureate has announced Massage Freaks, “a rhythm game that rings throughout the body” for Switch. It will launch via Nintendo eShop on August 4 for $27.99 / 2,980 yen with support for English, Japanese, Traditional Chinese, and Simplified Chinese language options.

Here is an overview of the game, via its official website: 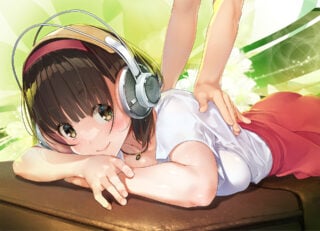 A rhythm game where you massage cuties?! Play the rhythm game to work out the kinks in these beauties’ bodies!
This new take on rhythm games has you massage beautiful women in time to the music. The patrons of your massage parlor have not only sore bodies, but unique worries weighing on their hearts as well. Use your secret massage technique to clear all the stress out of their minds and bodies! 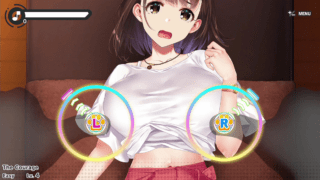 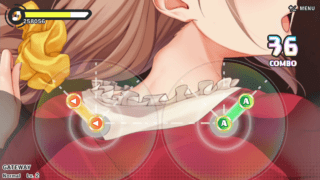 Atsushi Yubihara meets the talking cat Momiji while cleaning the massage parlor formerly run by his late grandfather.
Moments after he attempts to uncover the cat’s true identity in spite of his confusion, a loan collector appears to reclaim what his grandfather owes. Fed unreasonable repayment terms, he starts to shrink into himself until Momiji shares with him a most mysterious power…
He has but a single month to make enough money to return what was loaned, marking the start of his troubled everyday life as a masseuse!
There’s no time to question his power, or why there’s a talking cat, or anything else!

Atsushi must focus on his somewhat to very quirky customers and relieving the stress that ails them, all in time for the impending loan repayment! 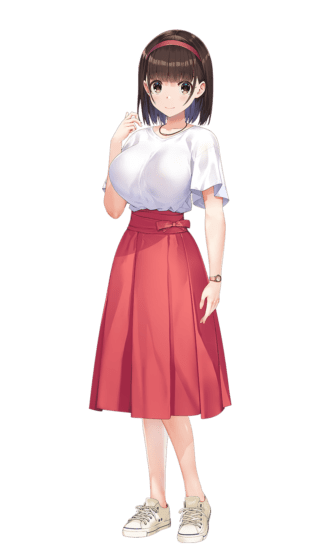 Mikuni is a college student who lives in the same building as Atsushi. Her large chest makes her the object of much attention, especially at school, but the stiff shoulders it causes have her go to Relaxation Yubihara for help. It turns out, however, that the weight on her chest isn’t all that’s hurting her shoulders. 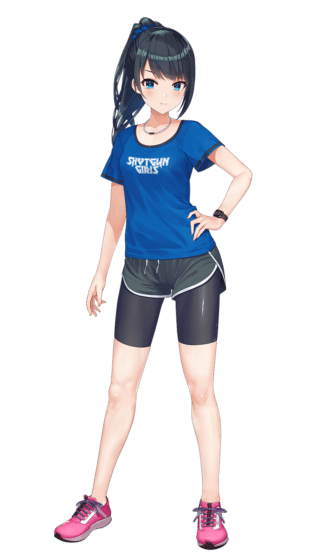 A track and field runner who attends a university known for their top-class runners, Shiho was aiming to run on a global stage. Or at least she was until, but an injury has left her in need of rehabilitation. Hearing rumors of a masterful massage therapist, she heads to Relaxation Yubihara for treatment. However, it seems that her injury is already healed when she arrives. 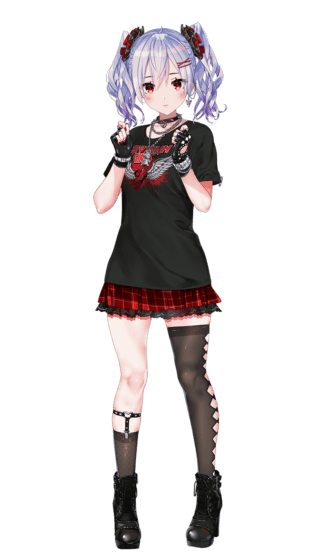 Mei’s metal band is still just an indie act, but they’re amazingly famous among those in the know. Excessive headbanging has left her with a neck injury that, according to doctors, could even endanger her life! Still, she can’t stop giving her all to the music. She visits Relaxation Yubihara to have her neck fixed. While she’s usually withdrawn and awkward, get her excited and her personality makes a 180 and she goes on the attack! 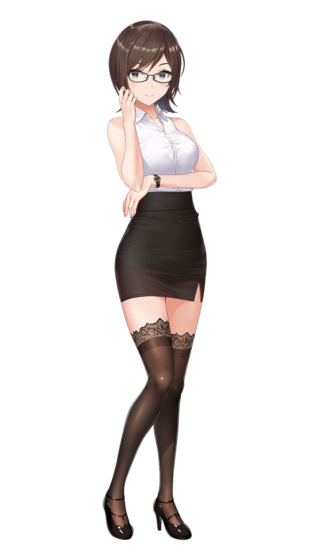 Kyoko is a newly-appointed high school teacher. Because she’s new and a woman, she takes on a firm attitude at work to make sure her students and coworkers don’t take her lightly. However, in pursuit of her identity as the ideal teacher, she ends up driving herself into a corner. Putting on a front and hiding her true self have left her mentally and physically exhausted and in need of help at Relaxation Yubihara. 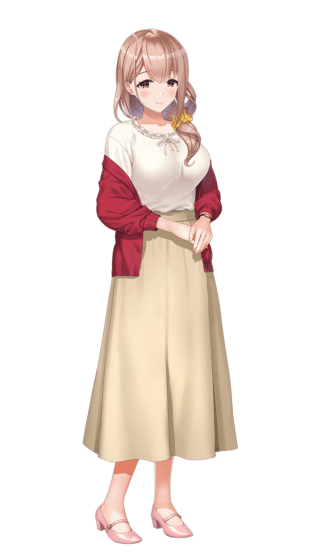 Manamo is the manager of Atsushi’s apartment building. A few years ago, she lost her husband to an accident. Her thoughtful nature and kindness lead her to make food for Atsushi, whose nutritional intake is all over the place, and help him out with his life. She has Atsushi give her massages in exchange for letting him keep Momiji. After the first massage, she takes a liking to receiving them and begins to regularly visit Relaxation Yubihara. 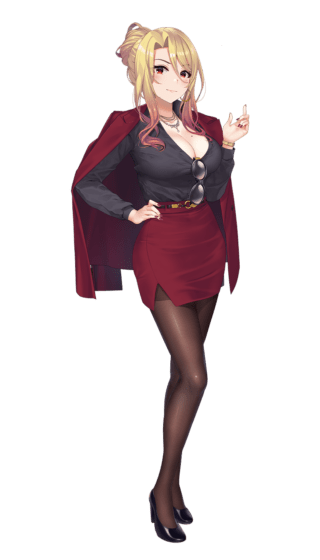 This woman of many mysteries appears to collect the debt left behind by Atsushi’s grandfather, the previous owner. She gives him a month-long grace period to complete the repayment. However, she also seems to have some deep connections to the previous owner… 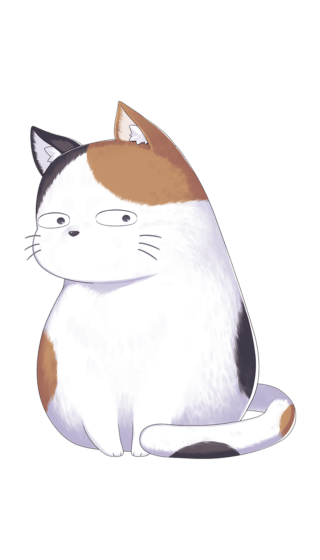 This fairy-like being lives in the massage parlor, having been a good friend to the previous owner. A strange-looking cat, he’s here to guide the protagonist from a fumbling beginner to a dexterous master. He passes on the secret technique, Mystic Art: Pleasure Rush along with the Ultimate: Celestial Wolf Fang Gloves, an item meant to improve its efficacy, to Atsushi.

Use the power of massage to clear up the girls’ minds and up their affection toward you.
Women with all sorts of troubles visit the massage parlor you’ve inherited from your grandfather. Once touched by this hidden treasure of a massage, their bodies will feel good and their affection toward you will grow! Maybe even into romance…?! While repaying your debt and fixing the worries of your patrons, make a little time to enjoy love as well!

—The customers of Relaxation Yubihara come with not only physical exhaustion, but all kinds of worries. 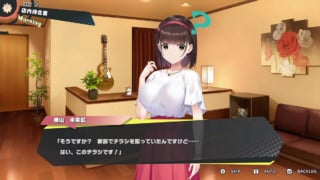 —Give massages to help your customers unwind mentally and physically! 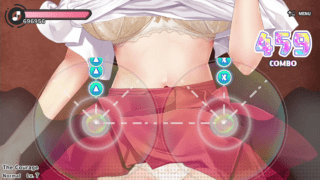 Massage the girls in time to the rhythm! The skills that have been passed down from the previous generations will help you heal people, body and soul!

Momiji imbues upon you the secret technique of being able to sense the music that people subliminally want to hear, and sending it as sound waves through your gloves into their bodies. This unique massage technique allows you to heal them both inside and out. Press the button shown in time with the song and play it throughout your customers’ bodies! The rhythm game features a total of 50 songs! 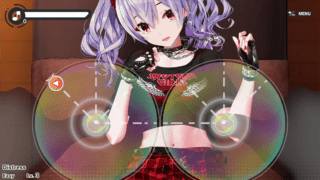 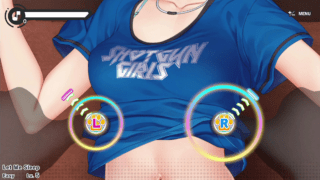 The more you massage, the more these ladies will really unwind!

As the songs progress, the girls’ clothes will come off and their breathing will grow wilder and wilder. But don’t get distracted, and don’t stare too much! Focus on completing the massage! 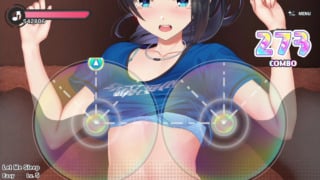 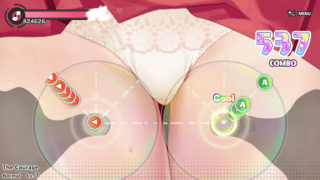 It’s wrong, but it feels so right! Try the supremely pleasurable NTR Mode!

Achieve a certain score during the game, and at the end of the massage you’ll enter Nice! Totally Relaxed! Mode, a.k.a. NTR Mode. In NTR Mode, you’ll get the best reactions no matter where you touch the customers. Don’t hesitate to give them the best full-body massages possible!
—The pleasure of the massage will only have the women baring their hearts, which is mentally manifested in physical nudity. No actual nude massages were had. 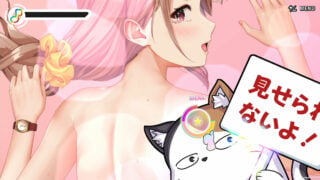 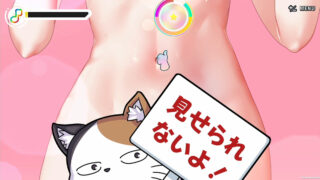 Have off-the-clock dates with your customers…?!

You can meet your customers not only at Relaxation Yubihara, but outside of it as well! Get a glimpse of sides to them you wouldn’t see at the parlor, hear their troubles, and see unexpected things that would leave most men standing in excitement! 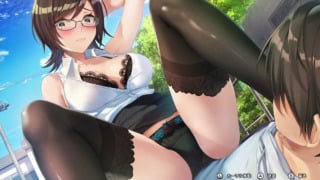 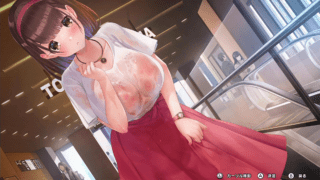 Watch a gameplay video below. 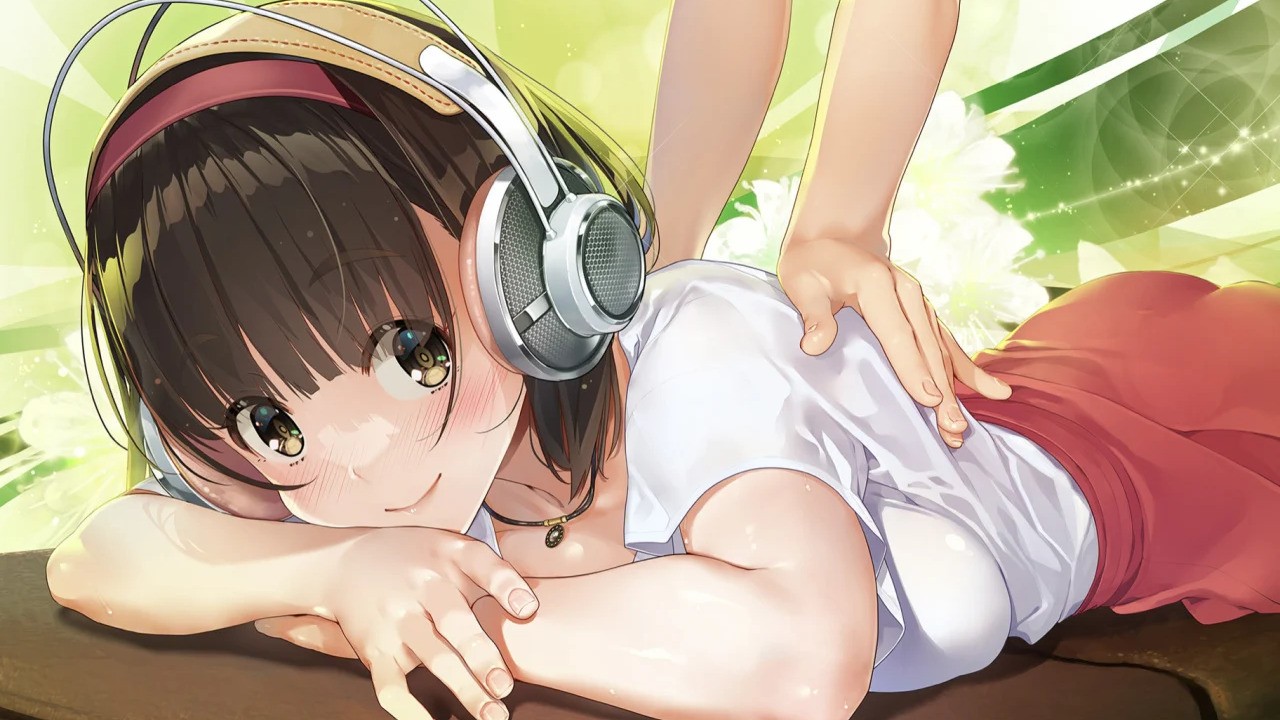 The publisher has not provided a specific reason for the delay

As reported by Automaton, folks were quick to take note of the game's depiction of women and the apparent similarity to reported sex crimes in massage parlours in Japan. Specifically, it was noticed that the in-game characters shared the same forenames as members of the Japanese idol group 'Hinatazaka46'. It's unknown as to whether this particular controversy is the specific cause of the delay, as qureate has opted not to elaborate on the reasoning, despite quickly altering the characters' names.
Click to expand... 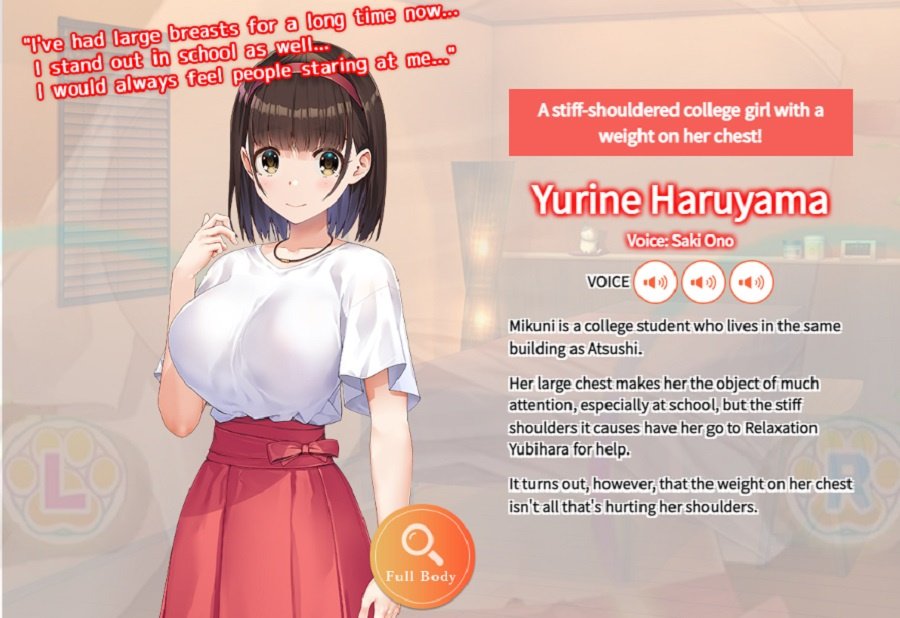 They changed her name to "Yurine". That's a bit pissy...

The publisher has not provided a specific reason for the delay

They changed her name to "Yurine". That's a bit pissy...
Click to expand...

Haha, you know as a fan of rhythm games I'll be interested to see how this turns out...

Anime was a great success.

STARSBarry said:
I'm not joking if the music and gameplay is good I'm buying. One of my fav's currently is Muse Dash which has some "suggestive" themes but damn if it's not just great casual fun.
Click to expand...

I got to see exactly what I expected to see.

Looks like it released early and under a diffrent name...

EDIT: appears to have a patch you download to uncensor, so appears they edited out the content, changed the name, released early and then just let you download a patch to return it to the version they where not allowed to release on steam.
Last edited: Aug 1, 2022

Pretty weird. Just release it on Steam under the original name and get extra buys due to the free pub it was getting from the Switch version news.

Who is doing the OT?
You must log in or register to reply here.

swarley64 replied
Dec 17, 2021
To bestselling gaming franchises, what are voice actors worth?