Ubisoft will be revealing its next mobile next month on April 6th 2022 – Tom Clancy’s Rainbow Six Siege Mobile. The game, which has been in development in collaboration with WeGame (Tencent), will make its debut with a video game trailer and coverage by the media.

Rumors of a Rainbow Six Siege mobile title began to circulate last year after Ubisoft Halifax sent out a playtest survey targeted to mobile gamers on how familiar they are with Rainbow Six Siege. In addition, hints of the release were made during Tencent’s fourth quarterly earnings call yesterday, putting the term “Projects with Ubisoft” under the 2023 timeline, suggesting that the game could be released in 2023.

Although details are somewhat slim at the moment as more details will be revealed on April 6th, it does seem like the title will follow a fairly traditional mobile game rollout with participants having access to the game depending on their region. More and more console and PC games have been making their way to mobile in recent years, with the likes of Call of Duty, Apex Legends, FIFA, and Battlefield all making their way to mobile devices.

One source who had seen a behind-the-scenes presentation described the game as being “massive for the mobile market” and “it will be a mobile game that Siege fans will love”.

Rainbow Six Siege has seen huge success since its release in 2015, with Ubisoft reporting in December 2020 that over 70 million players had registered to play the game across all platforms. Tencent will be working closely with Ubisoft over the coming years to bring more of its IPs to the mobile market, with both a new Assassin’s Creed title and The Division title also in development for mobile.
Last year, Ubisoft shut down the popular Rainbow Six Siege mobile clone “Area F2”, as reported by PC Gamer.

According to the lawsuit, Ubisoft stated that the clone resembled the original so much that players could mistake one for the other. “Ubisoft is pleased that Area F2 has been removed from sale by Ejoy.com. As a consequence, we have decided to dismiss the complaint made against Ejoy.com, Apple and Google. Moving forward we remain committed to protecting all of our intellectual property and the hard work of our teams,” the company mentioned in a statement released afterward.

Since then, there hasn’t been much news regarding an upcoming Rainbow Six Siege mobile game until recently, when a user on the r/GamingLeaksAndRumours sub-Reddit brought to everyone’s attention a few months ago the playtest survey that Ubisoft Halifax had been sending out to players, which included specific questions about their familiarity with popular mobile titles and, particularly, Rainbow Six Siege. All these hints, while subtle, have led up to players speculating the release of Rainbow Six Siege for mobile platforms by Ubisoft.

UbiSoft tried this. They had a Clancy mobile game they were forced to shut down because in the summer of 2020 the mob got triggered that one of the factions raised their fist in the air and they claimed UbiSoft was attacking them.

Can't friggen wait to .. not play those.

I assume, the enjoyment isn't going to be as good, since it'll be mobile, half the gameplay comparing PC/Console.

I hear the mobile space is HOT
D

Was it the purple mob ?

DAHGAMING said:
Was it the purple mob ?
Click to expand...

The criticism of Tom Clancy's Elite Squad is bigger than the use of the fist, however.

Kacho said:
I hear the mobile space is HOT
Click to expand...

let that sink in

The Asian Mobile Gaming Industry is Expected to Reach $86.6 Billion by 2027

/PRNewswire/ -- The "Mobile Gaming in Asia by Technology, Platform, Stakeholder, Connectivity, Sub-Region and Countries 2022 - 2027" report has been added to...

im happy for your childern and the shareholders.

Trash follows trash. And thus the big Ubisoft logo in the sky keeps on turning.

Sam Fisher can't even get his own mobile game?

I've gotten ahead of experiencing the pain of beloved franchises being disrespected/whored out like this, I stopped playing computer games entirely, removed all displays from my life and moved to an island with no network access. This was late in 2020, the messages I've posted to GAF since then have all being sent automatically by a computer.

Shifty said:
Trash follows trash. And thus the big Ubisoft logo in the sky keeps on turning.
Click to expand...

They will make big money in the mobile market now /s

It's been so long since Ubisoft released a decent update for The Division that I would welcome a mobile game with open arms.

Bluecondor said:
It's been so long since Ubisoft released a decent update for The Division that I would welcome a mobile game with open arms.
Click to expand...

Can i use a bluetooth controller? Cause i cannot stand touchscreen controls..

Ya, I've seen videos for that new activity in Div 2 and it just looks like yet another long scripted mission that you replay over and over again. Just from what I read in a Forbes article from about a month ago:

"The new Division 2 game mode is “Countdown,” which has armed forces assaulting/defending a nuclear power plant. "

"Countdown has you completing a few different objectives like securing locations and fending off enemies, first in two groups, then you eventually merge together as one, and all eight players have to take on a large number of enemies which can include Hunters. You then have to extract to finish the encounter, all the while being on a timer."

"I’m not sure how to feel about this from the footage. It seems…fine, but not exactly groundbreaking, and sort of just a mish-mash of other modes, specifically maybe Kenly College mixed with The Summit but with a timer added on."


I don't know about you RaptorGTA, but I was just hoping for a much more basic new game mode like Survival in the original Division, but with randomized drops/loot so that players can't ruin the immersion by memorizing the entire map. What I loved about Survival is that you could play it solo, you could play it with a 4 person squad, or you could just team up with a buddy who was online.

The 8 player emphasis in Countdown sounds very similar to the raids they added in Division 2. I was a pretty active player on PS4 and had several friends who played, but we were never even able to get past the first boss in the first raid. And, after reading about it, I was really annoyed by the fact that the raids were designed and optimized for the PC version and the mouse controller for aiming, which made the console version just not enjoyable. I highly doubt that I even have 7 friends on PS4 who are still playing Div2.

All of that said, I hope I'm 100% wrong and Countdown is an amazing new game mode.

Turned out to be true 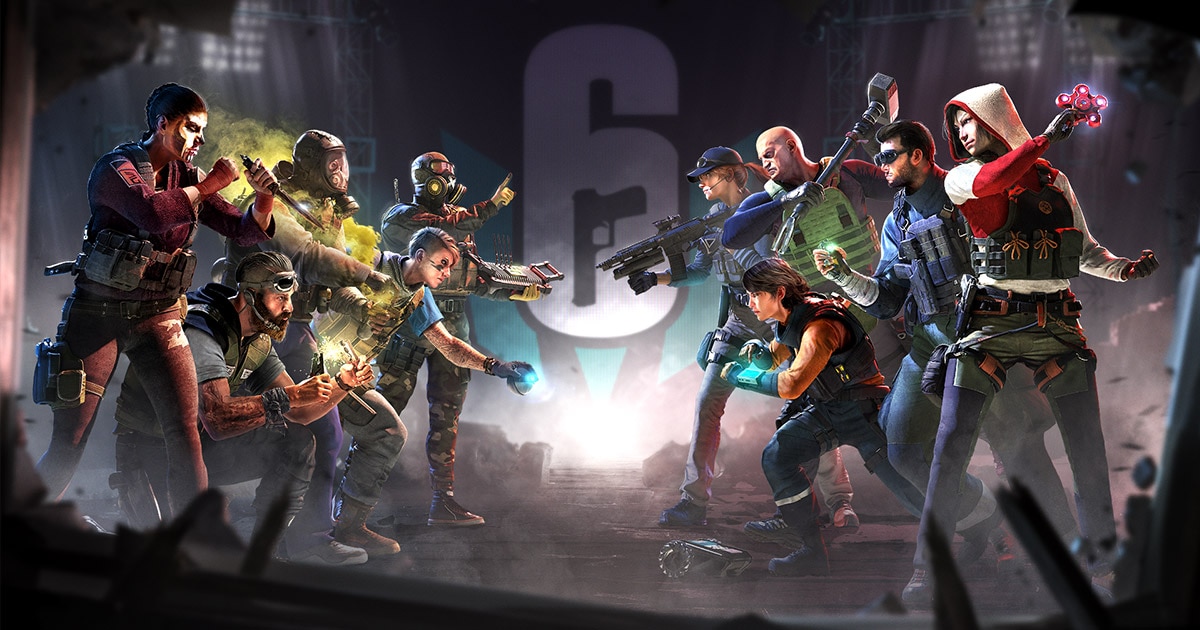 www.ubisoft.com
You must log in or register to reply here.