Roblox could be headed to Nintendo Switch, PS5 and Oculus Quest 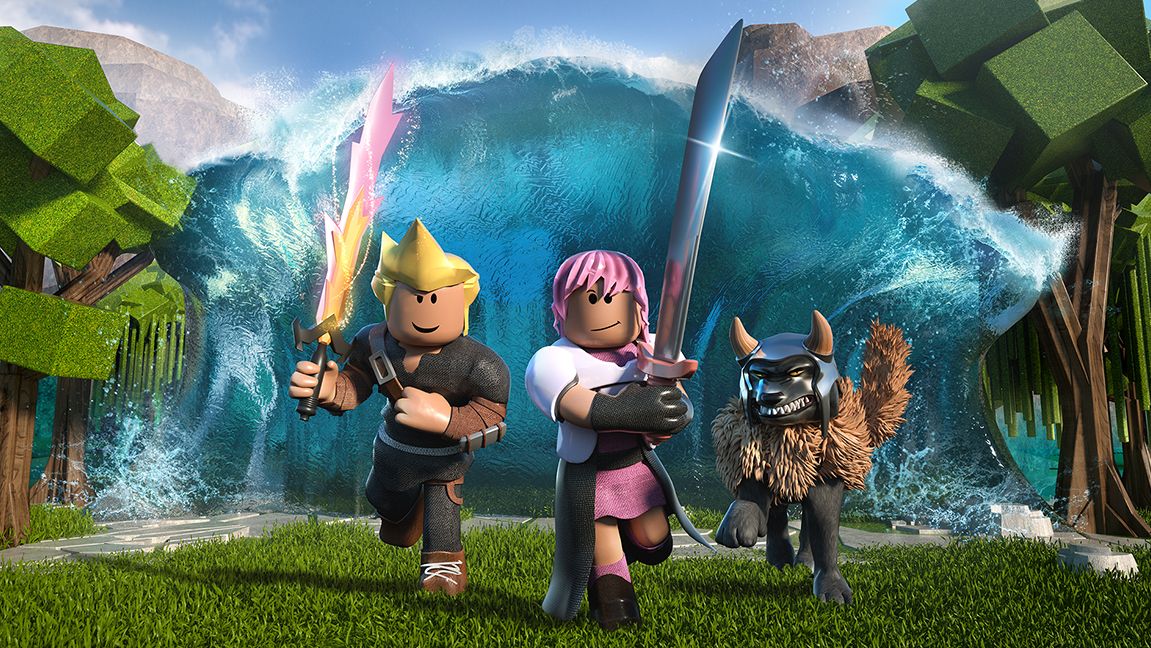 Roblox could be headed to Nintendo Switch, PS5 and Oculus Quest

Roblox, the free-to-play game-building title that houses more than 50 million user-created game spaces, could be expanding beyond its current home on PC and Xbox consoles.

Speaking during the Roblox Corporation’s Q1 2021 earnings call, CEO and co-founder Dave Baszucki said that “Switch, PlayStation” and “Quest” (as in, Oculus Quest) all “make perfect sense for Roblox”.

Comparing the expansion to the boom in smartphone applications once pinch-to-zoom was established, Baszucki said:

“We have the same vision for the immersive 3D multiplayer cloud stuff of the metaverse in that we believe this should be accessible on all devices, both from viewing as well as interaction. And we've really innovated around this on phone tablet, computer, and Xbox console, showing that developers can create content that when pushed to our cloud, runs on all of these devices as well as auto translates into multiple languages.”
P

Still don't know why the game isn't on Switch
F

They are now a publicly traded company so they got to get that game on all platforms now. Pick up that stock if you haven't already. I am making a killing on it.

I feel like you could tell me any truth or lie about Roblox and I would be like, "Oh, that's that thing that's valued at 5½X the cost of Marvel and Lucasfilm combined? Yeah, guess I could believe that..."
E

I feel like you could tell me any truth or lie about Roblox and I would be like, "Oh, that's that thing that's valued at 5½X the cost of Marvel and Lucasfilm combined? Yeah, guess I could believe that..."
Click to expand...

It's been Xbox exclusive for years 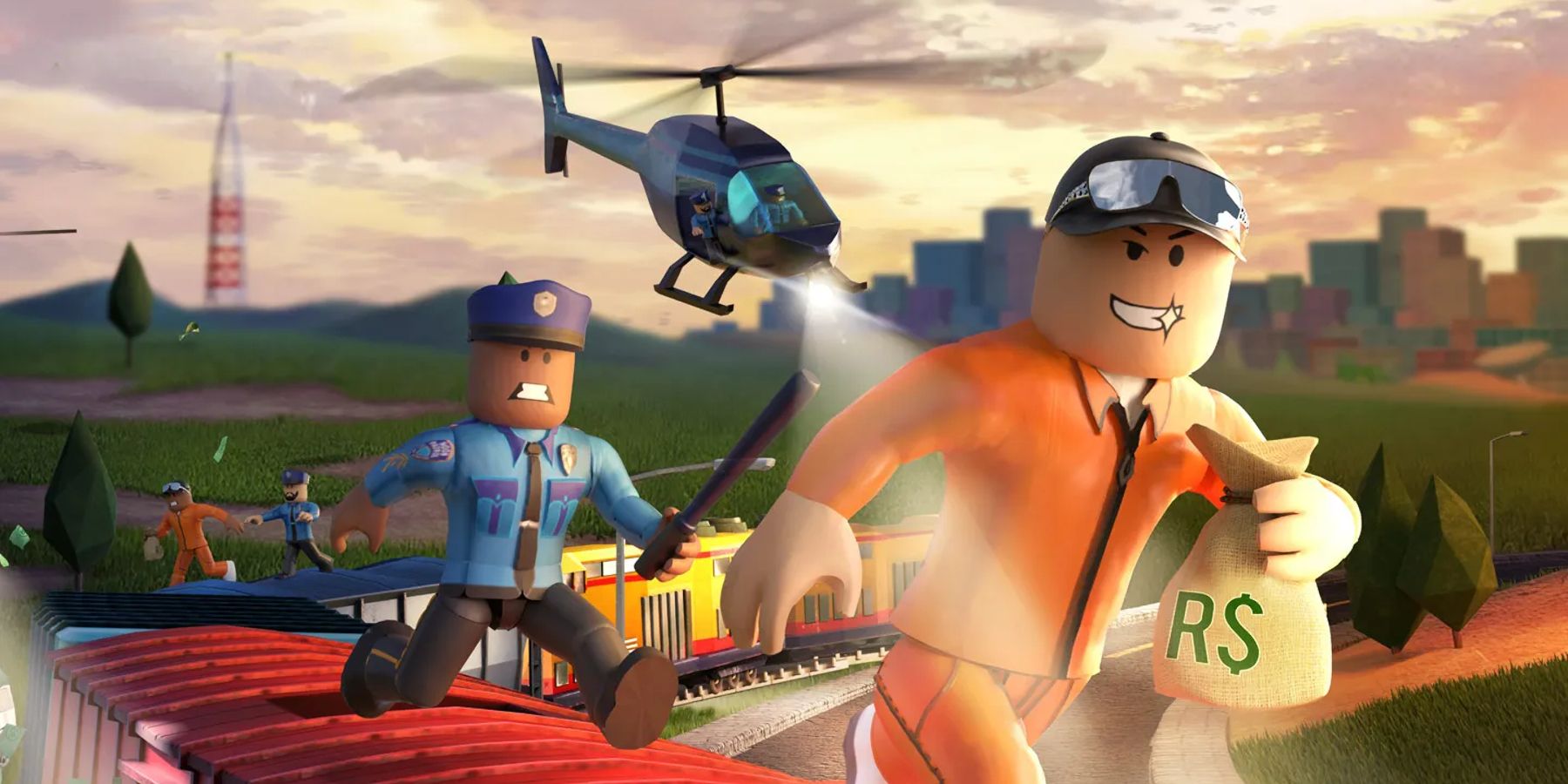 A job listing for the Roblox development team heavily implies that the gaming platform could be in the works for PlayStation consoles.

A recently posted job listing has been discovered on Roblox's career portal that makes very clear where the game could be headed next. The job title is listed as "Senior Software Engineer, PlayStation Console." Suffice to say, if Roblox is hiring developers to work specifically on the PlayStation platform then it only makes sense that Roblox will soon be brought to PlayStation consoles. Roblox isn't currently available on both the PlayStation 4 and PlayStation 5.

If the job listing wasn't clear, the body of the job listing certainly is. The job description explains that the Gaming Console Software Engineer will be responsible for building and supporting Roblox's engine on the "Sony PlayStation platform." Further, listed under the "You Will" subheading for job responsibilities, the role is tasked with developing and supporting the "Roblox client application" for gaming consoles "like Microsoft Xbox One and Sony PlayStation 4." This job position is clearly designed specifically for working on Roblox on PlayStation platforms. 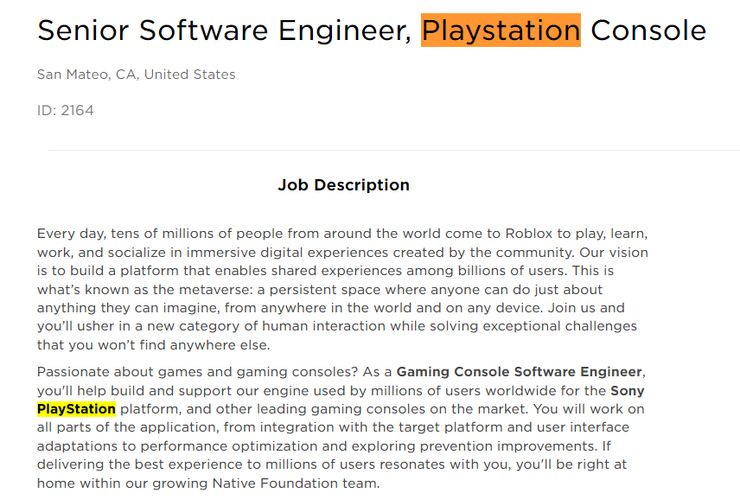 CrustyBritches replied
May 29, 2022
Nikkei: Why Nintendo should buy Roblox

KingGhidorah replied
Nov 21, 2021
Do you see the next Nintendo being as successful as the Switch?
Opinion Community 2