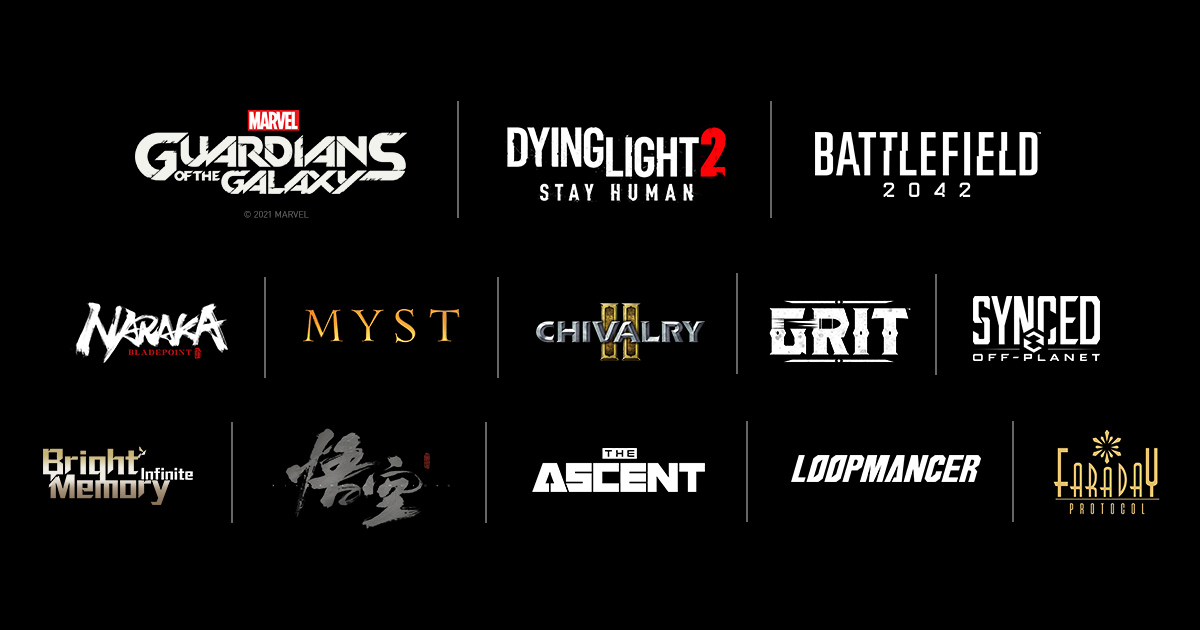 Each month, our development partners release new games with DLSS, ray tracing and Reflex, and RTX updates for already-available titles. This month is no different, and at this week’s virtual Gamescom 2021, we’re showcasing 13 games that are launching with RTX technologies, or are adding these game-changing features in the near future.

Today, we announced that when Marvel’s Guardians of the Galaxy launches on October 26, the PC version will launch with ray-traced reflections and NVIDIA DLSS, giving GeForce RTX gamers the definitive PC experience.

Developed by Eidos-Montréal in collaboration with Marvel Entertainment, this original take on the fan-favorite Guardians of the Galaxy will take players on a journey throughout the cosmos.

Playing as Star-Lord, the self-proclaimed leader of the Guardians of the Galaxy, you will blast your way from one explosive situation to another and call-on the unique abilities of each Guardian to save the universe from some seriously overpowered, evil beings. Luckily, you’ve got each other, and sometimes that’s all you need! You got this. Probably…?

Check out this exclusive new cutscene from the game, captured on PC at 4K, with a GeForce RTX 3080:


“Marvel’s Guardians of the Galaxy combines original storytelling and electrifying single-player gameplay with an edgy aesthetic. With the addition of ray tracing and NVIDIA DLSS, PC players will enjoy this stunning universe’s visuals with even higher performance.” - Olivier Proulx, Senior Producer, Eidos-Montréal

If you lack a GeForce RTX PC or laptop, or are away from your gaming system, you can play RTX-enhanced Marvel’s Guardians of the Galaxy at release via GeForce NOW, our cloud gaming service. GeForce NOW gives your low-end rig the power to stream Marvel’s Guardians of the Galaxy with RTX ON. Keep your progress as you blast from one device to another, seamlessly, streaming from the cloud. And instantly play your existing PC library from stores like Steam and the Epic Games Store.

For a first look at the GeForce RTX technology coming to Marvel’s Guardians of the Galaxy, stay tuned to GeForce.com.

Techland’s Dying Light was a hit back in 2015, enthralling players with its fluid parkour movement in a big, zombie-filled open world, all of which was playable with up to four people in co-op. This December, the long-awaited sequel launches, taking players to ‘The City’, one of the last remaining refuges of humanity, over two decades later. You’re an unusually-talented wanderer, who traveled to The City haunted by his own memories. The path and allies you choose will be entirely up to you. These decisions will have game-changing ramifications.

To once again craft an amazing PC edition, following our work on the original game, NVIDIA’s partnered with developer Techland to bring GeForce RTX technology to Dying Light 2 Stay Human.

Get an exclusive first look in the exclusive video below:

You’ll also be able to play Dying Light 2 Stay Human later this year, with RTX ON on GeForce NOW. Both the Steam and Epic Games Store versions will be streaming at launch.

For more on Dying Light 2 Stay Human’s GeForce RTX enhancements, stay locked to GeForce.com in the months to come.

Battlefield 2042 launches October 22nd, taking players to near-future conflict zones where extreme weather is just as deadly as the enemy. For the PC edition, NVIDIA GeForce RTX is the official graphics platform partner, ensuring a brilliant Battlefield 2042 experience.
Playing Battlefield 2042 on a GeForce RTX graphics card or laptop, you can enhance every moment of gameplay with NVIDIA DLSS and NVIDIA Reflex making this the ultimate competitive experience.

To celebrate the addition of these amazing, experience-improving technologies, we’re bundling Battlefield 2042 with select GeForce RTX desktops and laptops for a limited time. For all the details, head on over to our bundle announcement article.

Every time I see Battlefield 2042 trailer, I just keep thinking this should be called "Chaos, the Game." because that's all I see.... Mayhem and chaos.
Reactions: ZehDon

Gone be on all of these and far cry this fall on my 3090. Hopefully that Atomic Heart game too

Played a bit of BF5 and frankly Raytracing is incredible in it, really adds something. Dying light 2 reminds me of metro, looks really good will for sure be playing it with RT on. Hope the game is better optimized then dying light 1 was when it released, that thing killed gpu's.

the real question will be... do they support RT on console as well?
You must log in or register to reply here.