Another THQ Nordic game could be on the way to Nintendo Switch in the near future. As highlighted by GoNintendo, the open-world action role-playing game Biomutant has surfaced on Portuguese retailer Gaming Replay.

The listing suggests it'll be arriving this year on October 25th. There's even a placeholder box art: 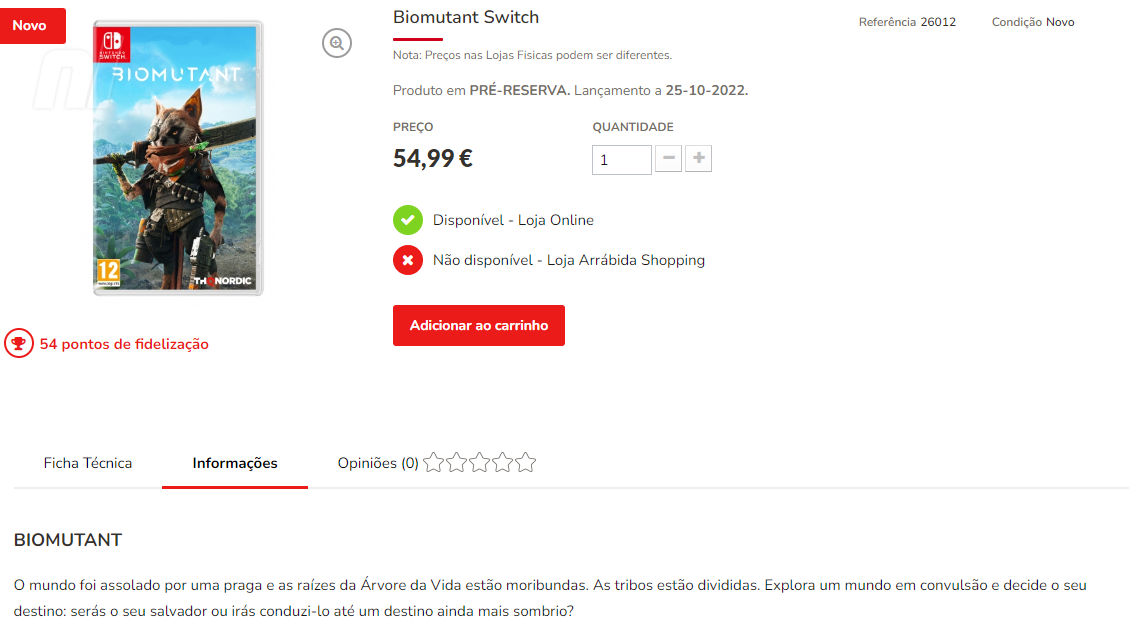 Interestingly, this isn't the first time Biomutant has been mentioned for the Nintendo Switch. Back in 2019, prior to its original release, it was mentioned alongside a Darksiders II Switch listing.

Biomutant runs on Unreal Engine 4 and was released on PC, X1 and PS4 last year, and is due out this month on XSX and PS5. Here's a bit about it (via Xbox), along with a trailer:

Still holding out on this one for GamePass.
You must log in or register to reply here.