So Sega's big announcement is not a Dreamcast Mini. 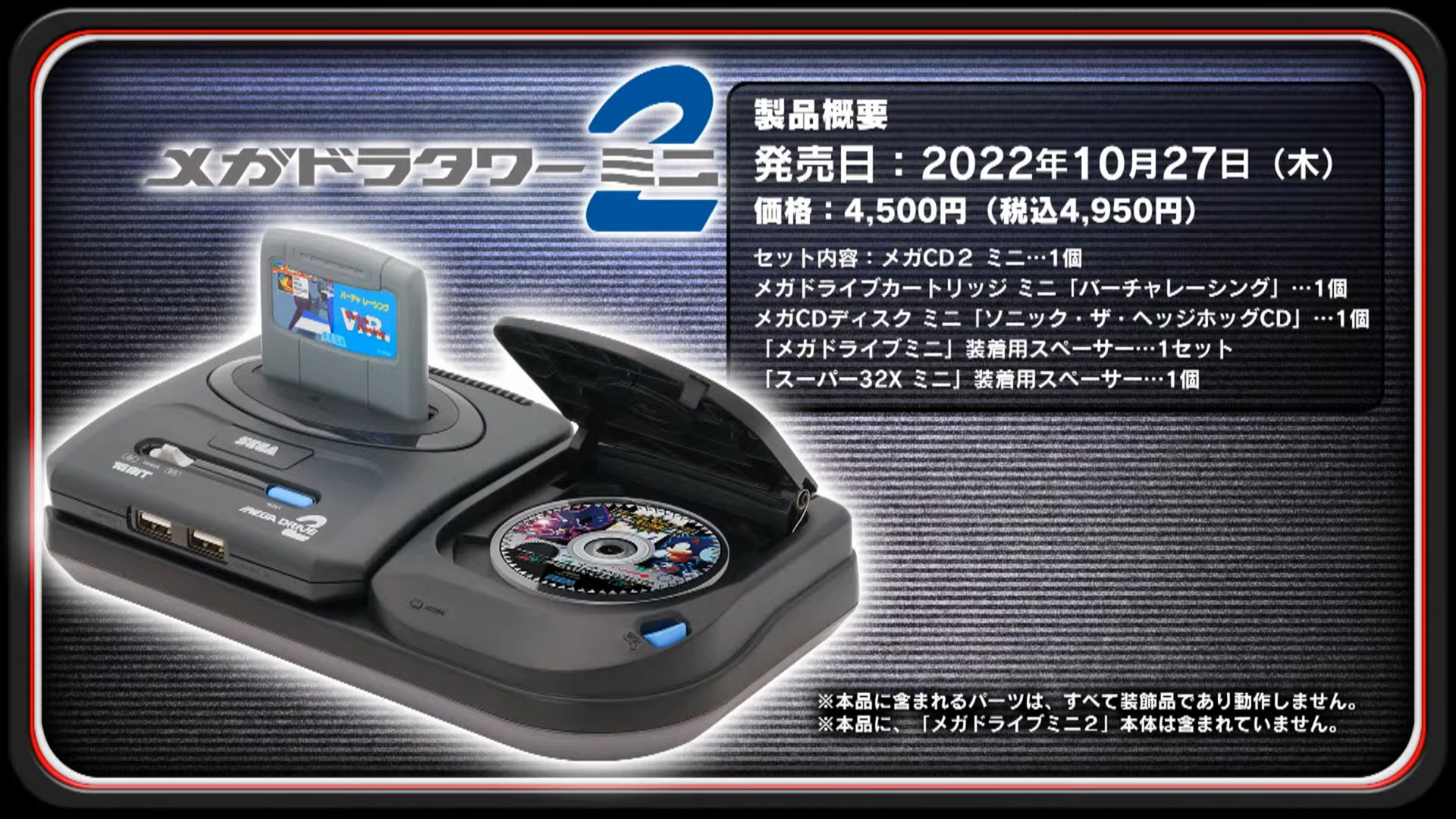 Sega has announced its next mini console, which will be based on the Mega Drive 2.

The Mega Drive Mini 2 will include 50 Mega Drive and Mega CD titles, including arcade ports and what Sega describes as a “mysterious new work”.

The console was announced during a Japanese Sega live stream, which at the time of writing is still ongoing.

The first Mega Drive Mini was released in 2019 and included 42 games, with the libraries differing per region. It included new ports of Darius and Tetris, which had never been released before.

Sega teased the announcement last week with a photo of a chocolate cake shaped like a Mega Drive / Genesis controller.

Yosuke Okunari, who co-hosted the Mega Drive Mini 2 announcement, suggested in October 2020 that Sega’s next mini console could have been based on the Sega Dreamcast.

In an interview with Famitsu magazine following the Japan-only release of the Game Gear Mini, Okunari said he wanted the next project to deliver hardware that had stronger global potential.

“I think for the next one, we may go with a concept close to the Mega Drive Mini,” he said. “If I have to say some names, it could be an SG-1000 Mini or a Dreamcast Mini.”

Would have preferred a Master System mini.

Let's hope they make some real efforts with Mega-CD games, because there are many that are great. Otherwise, it will be pretty disappointing.

cireza said:
Let's hope they make some real efforts with Mega-CD games, because there are many that are great.
Click to expand...

Yes, if it wasn't for the MCD games this would have been terrible news.

Sega know they had consoles after the Genesis? Everything that comes from them is Genesis related. 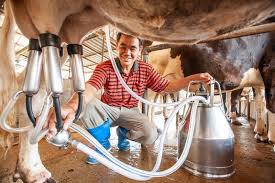 A mini Dreamcast with some new titles would have rocked but this is alright too.

Curious what the "new work" will be. A new Fantasy Zone port is a pretty cool idea, too.

I'll pass, I have Project Lunar on my old Megadrive Mini. But this likely means the MD2 is going to have much more storage? Might be interesting for some.

Silpheed, Shining series, Sonic Cd are all really good.
I have the Popful Mail Cd and never finished it. The game was one of the first to have animated portraits with gerbil speech.
I never knew a cd version of fantasy zone existed. Edit again I see its a new game.
Last edited: Jun 3, 2022

What are the odds of Sega announcing a Mega Drive Mini 3 in a year or two that has 32X games on it?
N

I would have preffered a mini dreamcast or mini saturn, dont need this when the original mini megadrive you could modify to add more megadrive games, mega cd games and 32x games to run perfectly

It's a remake of the Game Gear's Shining Force Gaiden games.

Captain Toad said:
Sega know they had consoles after the Genesis? Everything that comes from them is Genesis related.
Click to expand...

Ask me about my Stream Deck

My Sega CD came with Sewer Shark bundled in.

Is it still M2 that will do the porting? I love my PC Engine minis and Mega Drive ones.

Tarkus98 said:
A mini Dreamcast with some new titles would have rocked but this is alright too.
Click to expand...

See, this is what we really need. A damn Dreamcast mini

I'd buy it in a heartbeat.

Dr.Morris79 said:
See, this is what we really need. A damn Dreamcast mini

I'd buy it in a heartbeat.
Click to expand...

You and me both brother.

OverHeat said:
My mega SG and mega SD…says I don’t need this

Man all I need is a mini DC with Skies of Arcadia, Headhunter, Toy Commanders, MVC2 and some other gems and my life would be made. A man can dream.
Last edited: Jun 3, 2022

I've been buying about all the mini consoles just to have them all . . . think i'll be tapping out. It's too much now.

Why don't they make a Master System mini? Or a Saturn mini, so I can play Shinning Force 3?

Hopefully they put enough memory in it so I can hack it and put a bunch of other stuff on it like Working Designs games.
T

Saber said:
Why don't they make a Master System mini? Or a Saturn mini, so I can play Shinning Force 3?
Click to expand...

Since I doubt they would go through the effort of translating the whole of Shining Force 3, this seems ripe for complaints when it comes to the western release.

Kilau said:
Would have preferred a Master System mini.
Click to expand...

Yeah I would have too, I'll still take this though.

Captain Toad said:
Sega know they had consoles after the Genesis? Everything that comes from them is Genesis related.
Click to expand...

Emulation on the other systems isn't cheap. That's why we don't have a n64 mini or a ps2 mini.
PC Mustard race wish they were 1:1 with hardware but it's still isn't.

I'm surprised a Lunar game isn't immediately on this.

If this comes out in America, it might be a good opportunity to have the english version of Snatcher pop up in the market again.

The "cream of the crop" CD games will probably be mostly represented here very quickly, so the "mysterious new work" is probably what's best to look forward to. There were interesting picks before.

Saber said:
Why don't they make a Master System mini? Or a Saturn mini, so I can play Shinning Force 3?
Click to expand...

Bandai made a Saturn Mini. Unfortunately it doesn't play any games but it looks cool. 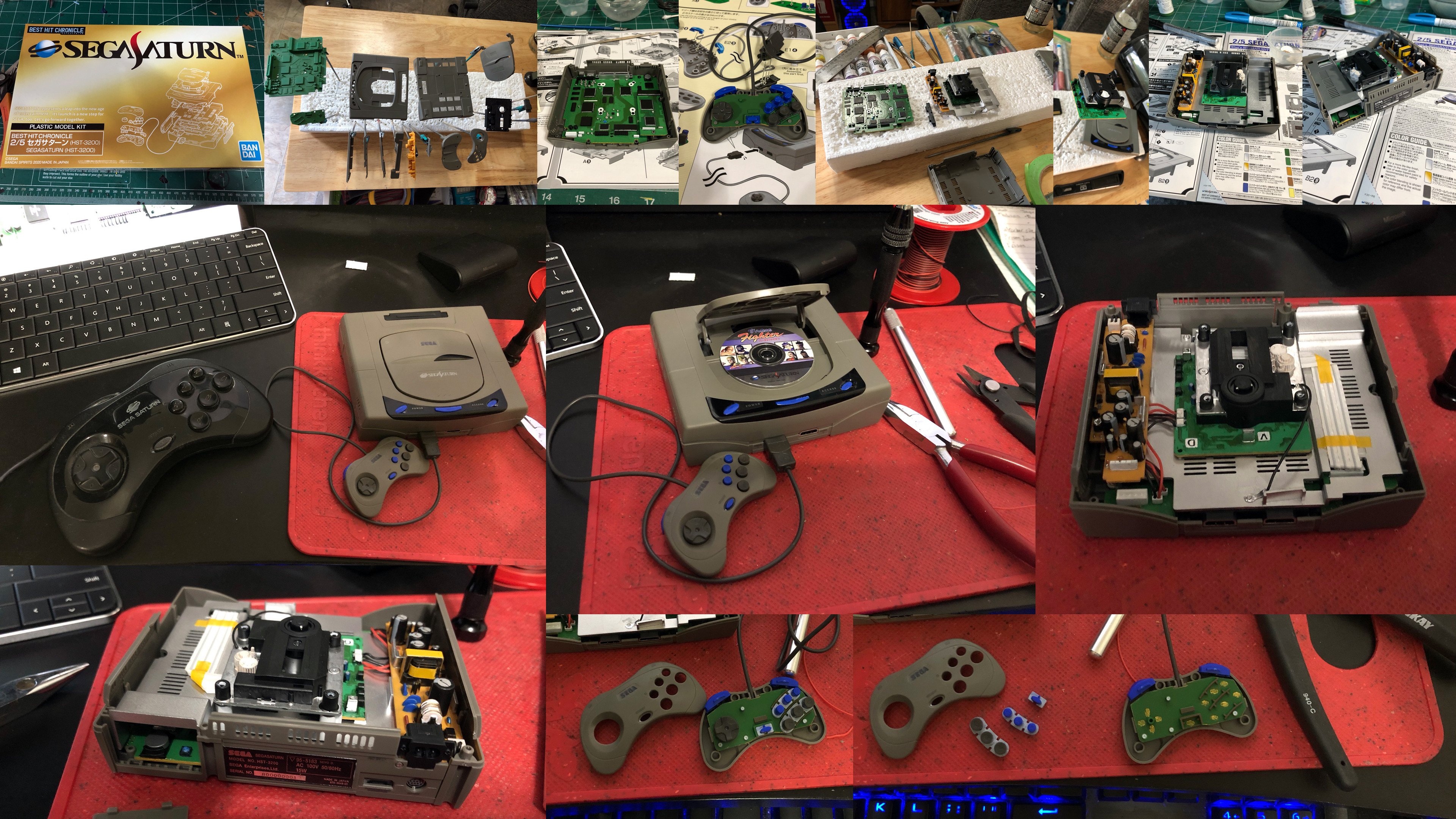 It will be available as a paid accessory.

If only they could have got Keio Flying Squadron and Snatcher for the Mega CD games, this thing would have been an instant pre-order.
G

Great entry with really nice visuals and a Redbook Soundtrack. There is also an additional third story and a final, secret battle. Highly recommended.
K

Would be wonderful if this had the english version of Snatcher

Gamer_By_Proxy said:
I've been buying about all the mini consoles just to have them all . . . think i'll be tapping out. It's too much now.
Click to expand...

I even bought multiple regions ones. I just put the duplicates under the tv upstairs for guests.

KaiserBecks said:
Would be wonderful if this had the english version of Snatcher
Click to expand...

The main offense of the PC Engine mini, no translation of the game.

Where is Snatcher? Not impressed...

Hmm. might actually buy this one. Skipped the first.

Funny that it's disappointing and yet exciting at the same time too!
I will most likely buy - but will wait if they are going to do different reigion versions like they did with original MD Mini - and also await for the additional games.

Original had like 40 games - wonder how many this will have?

Teslerum said:
Since I doubt they would go through the effort of translating the whole of Shining Force 3, this seems ripe for complaints when it comes to the western release.
Click to expand...

They can just work out something with the fan translations that already exist. Seriously, these companies sometimes pass up on golden opportunities simply out of little legal issues they can easily work around if they weren't so cheap.

I'm kind of 50/50 on this new mini. I already had the MegaDrive Mini and enjoyed it, but surely they could've had a couple Mega CD games on that one right? They had to wait until Konami did it the right way with the PC-Engine Mini to go back and do that for MegaDrive I guess. Even now though, there are no 32X games apparently. Really hope they don't do yet another MD Mini but this time with 32X games, because there's only like about a handful of 32X games worth rereleasing in a Mini in the first place.

OTOH, the Mega CD actually has quite a lot of hidden gems, most of them from the Japan region, so if they bring this out in America they better not swap out a ton of the Japanese games with Western releases like Sewer Shark and Make My Video releases or that is going to sour everything. If it's a matter of licensing costs, pay the costs!! No reason for non-Japanese fans to get the short end of the stick. Also hope they consider releasing the Mega CD peripheral stateside this time, after they kept that and the 32X ones exclusive to Japanese version.

Most interested in what the full list of Mega CD games are, if they try to Westernize the selection for non-Japan territories with mostly mediocre FMV games, what possible translations of Japan-only games they have, and what the "mysterious new work" is especially. If they can include stuff like Shadowrun Mega CD for Western territories with an English translation that would be awesome.

The official site is here

I wonder if it'll be the same hardware solution as used with the Megadrive mini. A modded Megadrive mini could already play SegaCD without any problem, though there was some (extra) latency through Retroarch.

Also a shame they did't include some 32X games. The 32X version of Virtua Racing is MUCH better than the Megadrive one.
Last edited: Jun 3, 2022

Man wth. Wish they released this back when the first was released because this is the Mega Drive version that I had. But I already have a mega drive mini, how do I justify this? Maybe sell the older one and get this since this is where all my nostalgia is. Mhhh.... Thanks Sega.

Would've preferred a Master System or a Saturn mini instead. Something different at least.
You must log in or register to reply here.