Should I Be A Proud Gaming Uncle or Ashamed?

Back at the beginning of 2020 (January specifically) my cousin (in her 40s) came over with her 3 kids, 11 Year Old Girl, 9 Year old Boy and another 6 year old girl. These are my nieces and nephews who I love very much and love to hang out with. Our usual thing is to just chill in my room, troll each other in friendly ways and have them watch me play video games.

Now for the context, they absolutely love horror stuff, whether its a game or a film and doesn't matter if its gory or not but they like the suspense and they love getting scared. So I've decided to pop in Resident Evil 7, we turned off the lights and they started watching the beginning of the game which is arguably the best part of the game (The house).

For a quick recap I had them watch the entirety of Mia going batshit insane and chopping off Ethan's hand with a chainsaw (6 year old was laughing uncontrollably at that, while the other 2 gave her really weird looks) and of course the most fun and scary part (at least for most people) was when you hear loud knocking noises and you go down into the basement and Mia is in her evil/manipulated form where she comes up from the bottom of the screen with her scary ass face.

When that happened, the kids screamed on top of their lungs and told me to stop, but then they kept asking questions what happens next to Mia and how do the game end. They told me to keep playing because they HAVE to know. My sister came running from downstairs cause she heard the screams and thought someone was hurting themselves or one of the siblings hit each other (The boy likes to abuse his sisters and call them bitches from time to time when they get into fights, the usual typical bad dumb boy behavior when your small and still immature)

They eventually had to leave, because it was getting late, but all of us had a massive blast and looked forward to continuing to playing RE7 to the end. Then Corona hit and sadly, no one was allowed in the house for over a year due to family rules and such things. Then finally few months ago we jumped on RE8 from the start, my nephew loved Lady Demetrucus because she had big boobies and was hot as shit (as he described proudly) we finally beat RE8 during thanksgiving, the screams were not as loud this time around because they got used to it and they loved the twist at the end of RE8 and the final post-credits cut-scene of Rose and now they told me they can't wait for me to play RE9 (whenever that arrives)

They told me RE7 was much more funner to them because it was a lot scarier and more suspenseful but they did enjoy the action of 8 and the Castle the most and they thought the story was fun and intrinying but it also confused them since they didn't really get past the house part from RE7 due to Corona.

So now Dear Gaf I ask you, am I good Gaming Uncle or should I be ashamed for allowing the kids to experience such horror? You decide!
Last edited: Nov 28, 2021

You're not their uncle. They are your 2nd cousins.

A 9 year old calling women bitches and hot as shit.

Gonna go ahead and vote ashamed.

You are a good for introducing gaming to them OP, don't worry.

I wouldn't exactly put my nephew playing those games just yet though.

I've been doing the same thing with my nephew, getting him into gaming, but on a more grounded level since he is just 4 years old.

Got him to play more 2D games like Rayman legends, which is amazing for co-op with kids, Super Mario, and occasionally some Spider-Man, on a very basic level, since he likes it very much.

I think it's something he needs to learn accompanied by an adult, because the kid has some serious issues when he is losing and starts whining like hell. He is kind of spoiled to be honest.

And I know I gotta do this because the kids parents are complete morrons in terms of tech and don't like videogames at all.

Suffice to say I offered him a retro console, for him to get in touch with some retro games on is own, with his parents, and his mother told me the console "miraculously broke" and he couldn't play anymore.
Last edited: Nov 28, 2021

You’re careless because they’re not your kids.

People who aren't parents are gonna shame you, but I think it's fine so long as you didn't force them, and you didn't. Now, the boy's behavior is abhorrent and should be disciplined to be honest, nip that shit in the bud before he becomes a turd, but playing "mature" games, (calling RE games mature is so funny to me....but I digress), with kids isn't a big deal at all.


Might wanna limit that shit on second thought, I'm a fucking disaster lol.

TLZ said:
You’re careless because they’re not your kids.

The 9 year old boy though…. Wtf is he watching
Click to expand...

His dad is quite the foul mouthed meanwhile his wife (my cousin) is a dandelion and is super softy and nicest person you'll ever meet.

The 6 year old already knows curse words but you can thank her older brother for that lol.

They all just watched tiktok and dumb YouTube shit. Sadly social media is very bad for children and their mom is super nice to them. He even her calls her a bitch sometimes when he gets annoyed, but deep down inside they are very nice kids that love their families. I know this sounds weird, obviously none of you know them personally like I do so in the public eye this probably looks really bad.

They do not ever behave like this unless they're with family because of comfort.
Last edited: Nov 28, 2021

TLZ said:
You’re careless because they’re not your kids.

The 9 year old boy though…. Wtf is he watching
Click to expand...

I do not force anything on anyone ever. I asked them if they wanted to see it lol.

poodaddy said:
I mean, I played the first RE with my dad, and look how I turned out!
Click to expand...

Elder Legend said:
He even her calls her a bitch sometimes when he gets annoyed, but deep down inside they are very nice kids
Click to expand...

I'd argue it's your job as an uncle to introduce them to all of life's bad habits. Job well done.

Their parents on the other hand...

This is going really well I think.

There’s a couple specifics in that story that I’d be ashamed of. Not the kid though.

This thread is going to turn into an Agony Aunt column like in the newspapers.

Elder Legend said:
I do not force anything on anyone ever. I asked them if they wanted to see it lol.
Click to expand...

This sounds so wrong...

kids afraid of horror games?
My 7 years old brother plays fnaf, and that shit will scare the hell out of me. Those kids will play that game normally, and wont be afraid of anything.
These kids grow up with mobile horror games.

Might be a bit too scary for the youngest but it really depends on what they are use. If they have seen other adult scary stuff then its fine. If not then it might be a bit too much for them.

I couldnt imagine my 6 and 10 year old watching that. But they scare too easy and arent use to that level of violence. But something like terminator 2 is ok for them, aliens for the oldest. RE7 is scary and intensive for some adults lol.
But I know that their friends watch way worse and then yeah its totally cool to introduce them to real console games like that

RE7 dosent seem the best game to show a 6 year old. Btw the kids are ur cousins in 2nd degree, not ur nephews.

But a few years ago, during PS3 gen, i was showing Heavy Rain to my brother for a short time then i booted Ratchet for my 8 year old nephew to play, and after 5 minutes he said he wanted to see me play Heavy Rain instead. ¯\_(ツ)_/¯

Does the mother even know that the boy calls his sisters bitches and "abuses" them?
Even if he was nice and well-behaved most of the time, this is still not right and needs to be reprimanded. Otherwise he might grow up thinking this is acceptable behavior.

I don't like butting into other people's lives, but you brought this to GAF.

my brother let my kids watch my niece play the Last of Us. When they got home they kept talking about how sad and scary it was. And the killing. I wasn’t mad I just recommended a little more attention paid to what they played. My kids were 9 and 5 at the time.
Last edited: Nov 28, 2021

You put on Resident Evil for a 6 year old?

Kids get nightmares from this stuff. Imagine them in school drawing severed arms and dead things. That’s the kinda thing you’ll run into. I limit what I show my kids because of it. I thought playing House of the Dead was harmless and that caused nightmares and too many odd questions. I figured it was “retro” enough that it would be fine, but it wasn’t. Kids are impressionable and they soak up every single thing they see. While that can make them your best gaming buddy, it also exposes their minds to topics they aren’t prepared to deal with.

Elder Legend said:
I do not force anything on anyone ever. I asked them if they wanted to see it lol.
Click to expand...

Ah okay I didn't realize that the choice of what is appropriate for a little kid to watch is up to the kid to decide.

In that case, carry on then.

You should be ashamed of pretending to be their uncle when you are really their cousin, you usurper. Also, yea I wouldn't let my kids play that stuff at that age or act that way, but if their parents don't mind I guess nothing else matters.
S First of all, 6 year olds should absolutely not be seeing the shit in resident evil games at all and I speak from experience cause I watched my brother playing that shit when I was wayyyyy to young and was a lot older than 6 and it really fucked my head up for a long time.

That said, kids will always find ways to play / watch stuff that is too mature for them, its just kinda the way it is. Whether its a friend or a family member like you just kinda letting them watch it with you, which imho is kinda wrong dude lol.

Anyway, I'm not the cops, I would just say in future you gotta consider this shit. Their parents putting their trust in you to be responsible, you have to step it up ya know.

Based, reminds me of my bro showing me Doom and Quake when I was like 7 y/o. 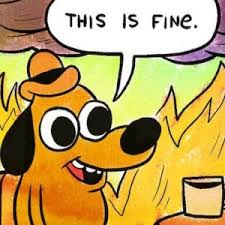 Which Rollercoaster Tycoon game I should play?

ReBurn replied
Jan 18, 2022
There's a lot of weird things about Life Is Strange 2...but that entire Chapter 4 takes the cake (spoilers)