Snakes Used to Have Legs and Arms … Until These Mutations Happened 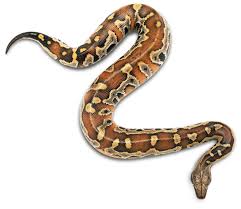 The ancestors of today's slithery snakes once sported full-fledged arms and legs, but genetic mutations caused the reptiles to lose all four of their limbs about 150 million years ago, according to two new studies.
The findings are welcome news to herpetologists, who have long wondered what genetic changes caused snakes to lose their arms and legs, the researchers said.
Both studies showed that mutations in a stretch of snake DNA called ZRS (the Zone of Polarizing Activity Regulatory Sequence) were responsible for the limb-altering change. But the two research teams used different techniques to arrive at their findings. [Image Gallery: Snakes of the World]
According to one study, published online today (Oct. 20) in the journal Cell, the snake's ZRS anomalies became apparent to researchers after they took several mouse embryos, removed the mice's ZRS DNA and replaced it with the ZRS section from snakes.

The swap had severe consequences for the mice. Instead of developing regular limbs, the mice barely grew any limbs at all, indicating that ZRS is crucial for the development of limbs, the researchers said.
"This is one of many components of the DNA instructions needed for making limbs in humans and, essentially, all other legged vertebrates. In snakes, it's broken," the study's senior author Axel Visel, a geneticist at the Lawrence Berkeley National Laboratory in California, said in a statement.
Pinpointing ZRS
Visel and his colleagues began looking at the genomes of "early" snakes that were closer to the base of the snake family tree — such as the boa and python — that have vestigial legs, or tiny bones buried within their muscles. The scientists also studied "advanced" snakes, including the viper and cobra, which do not have any limb structures.

During their investigation, the researchers focused on a gene called sonic hedgehog, which is key in embryonic development, including limb formation. Sonic hedgehog's regulators, located in the ZRS sequence of DNA, had mutated, they found.
However, the researchers needed proof that the ZRS mutations were responsible for limb loss. To find out, they used a DNA-editing technique called CRISPR (short for "clustered regularly interspaced short palindromic repeats") to cut out the ZRS stretch in mice embryos and replace it with the ZRS section from other animals, including snakes.
When the mice had ZRS DNA from other animals, including humans and fish, they developed limbs just like any regular mouse would. But when the researchers inserted the python and cobra ZRS into the mice, the mice's limbs barely developed, the researchers found.
During normal development, mice form full arms and legs (top). But when mice embryos are given a stretch of DNA from a cobra (middle) and a python (bottom) that controls limb development, their arm and leg growth are severely limited.
(Image: © Kvon et al. Cell 2016)


Next, the researchers took an in-depth look at the snakes' ZRS, and found that a deletion of 17 base pairs (that is, paired DNA "letters") within the snakes' DNA appeared to be the cause of the limb loss, they said. When they painstakingly "fixed" the mutations in the snake ZRS and inserted it into mice embryos, the mice grew normal legs, they found. [Photos: Weird 4-Legged Snake Was Transitional Creature]
However, creatures usually have redundant DNA that protects against mutations such as these, so it's likely that multiple evolutionary events led to limb loss in snakes, Visel said.
"There's likely some redundancy built in the mouse ZRS," he said. "A few of the other mutations in the snake ZRS probably also played a role in its loss of function during evolution."


Adult snakes don't have limbs, but extremely young snake embryos do, according to the other study, published online today in the journal Current Biology.
Like the researchers of the Cell study, the scientists found that snake ZRS had disabling mutations that prevented limb development. However, they also found that during the first 24 hours of their existence, python embryos have a "pulse of sonic hedgehog transcription [the first step of gene expression] in just a few limb bud cells," said the study's senior author Martin Cohn, a professor of molecular genetics and microbiology at the University of Florida College of Medicine.
But that transcription switches off within a day of the egg being laid, meaning that the snake cannot fully develop legs, Cohn and his co-author Francisca Leal, a doctoral student in Cohn's lab, found.
"Python ZRS proved to be very inefficient, turning on transcription for a short time in a few cells," Cohn said.

However, even during that short time, python embryos managed to begin development for leg bones such as a femur, tibia and fibula, the researchers found. "[But] those distal structures degenerate before they fully differentiate into cartilage, and python hatchlings are left with just a rudimentary femur and a claw," Cohn said. He added, "the results tell us that pythons have retained a lot more of the leg than we appreciated, but the structures are transitory and are found only at embryonic stages."

That could be it, imagine a dino size snake with little legs and ornamental patterns 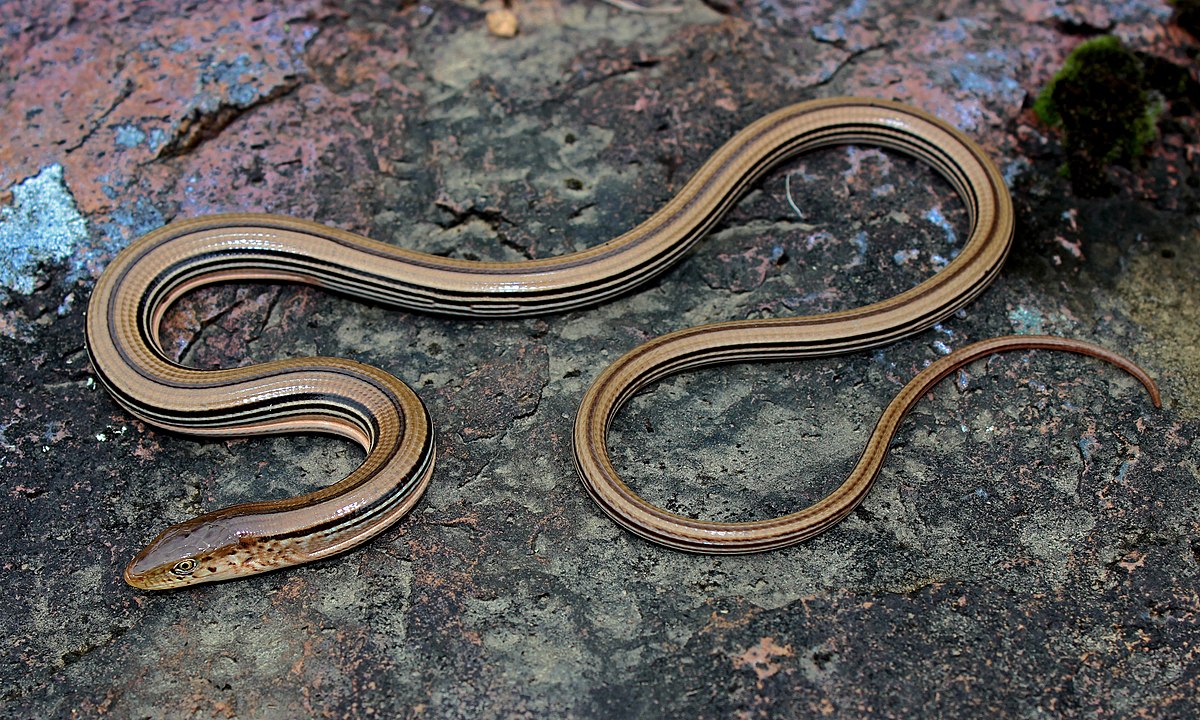 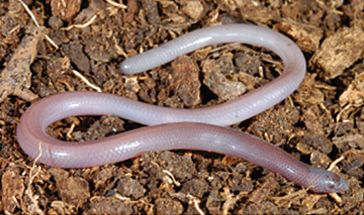 “they also found that during the first 24 hours of their existence, python embryos have a "pulse of sonic hedgehog transcription [the first step of gene expression] in just a few limb bud cells”

That's what makes them cool.

Yoshi said:
So, can they make snakes with legs as well, if they modify the snakes with mouse dna instead?
Click to expand...

You're out kayaking and you see that shit.

Yoshi said:
So, can they make snakes with legs as well, if they modify the snakes with mouse dna instead?
Click to expand...

That's the interesting question here..
I want a Snake with legs...

StifflersMum said:
That's the interesting question here..
I want a Snake with legs...

(and a cat sized Elephant, off course)
Click to expand... 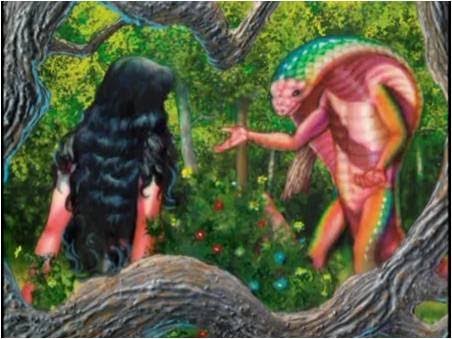 This genetic coding stuff that people are messing with seems quite frightening.

This is really fascinating from a biblical standpoint as well. The serpent in the Bible had limbs until it got Adam and Eve to sin and God cursed them to crawl on their bellies.

I've always wanted to be swallowed by a snake. Just to see what it feels like.

Birdo said:
I've always wanted to be swallowed by a snake. Just to see what it feels like.
Click to expand...

i can probably arrange that for a price

Dai Kaiju said:
This is really fascinating from a biblical standpoint as well. The serpent in the Bible had limbs until it got Adam and Eve to sin and God cursed them to crawl on their bellies.
Click to expand...

And the LORD God said unto the serpent, Because thou hast done this, thou art cursed above all cattle, and above every beast of the field; upon thy belly shalt thou go, and dust shalt thou eat all the days of thy life 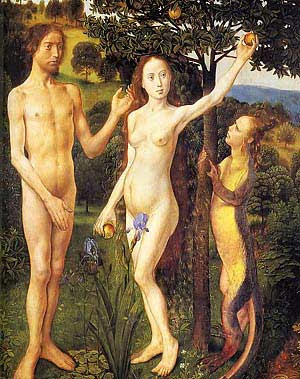 This is a more grown look at the genetically modified mice, for those curious:

DNA truly is the blueprint of life.

gaf is weird as fuck today

Sub_Level said:
This is a more grown look at the genetically modified mice, for those curious:

DNA truly is the blueprint of life.
Click to expand...

Scale that up 5000% and add some rot and fangs and you've got yourself a souls boss.

Whats with all this bible stuff lately. Snakes had limbs, humans are descendants from 1 couple.

How would that give the proto-snake any kind of evolutionary advantage? They would die before reaching sexual maturity, as the mutation for the legs would not account for the other mutations required for the locomotion in the modern snake. So you would end up with a legless creature either entirely or mostly incapable of moving and hunting. How then would that mutation be passed on in the kind of numbers required for the creation of a new species?

Does this mean Alex Jones was also right about those human-animal Satanic hybrids? What the fudge. What the friggin frig.

Do they also grow part of their tail back like legged lizards?

petran79 said:
Do they also grow part of their tail back like legged lizards?
Click to expand...

The tails will grow back but they'll look all fucked up

I read the topic title and think, of course they did, all reptiles had legs - legs are a common trait for all land vertebrates.

This is vertebrate evolution in a nutshell:

Lobed-finned fish evolved "legs" and went on land, then evolved into amphibians (lay eggs in water, live on land), then evolved into reptiles (eggs on land, live on land) and snakes are an evolution branch of reptiles (as are Dinosaurs then birds), mammals evolved from reptiles (eggs internal, except monotremes). Then mammals starting hunting in the ocean and went back to living and sometimes giving birth in the water, full circle!

Of course over-simplified, "evolved from" is not a technical thing, but I don't want to get into common ancestors and timelines.
Last edited: Aug 24, 2019

Bum deal for the snakes. #bringbackourlegs

Yeah. This is what you got for messing with other species diet. "No apples" means no apples, reptile!
Last edited: Aug 24, 2019

The researchers focused on a gene called sonic hedgehog
Click to expand...

Scientists must be running out of names for things.


It's interesting that malformed limbs were able to be passed onto other generations. I know camouflage and venom are pretty darn potent in their own right, but I'd have thought mobility was pretty high on the list too, especially in cold-blooded animals.

Shoutouts to the mexican mole lizard, a worm-lizard with a long snake-like body but with regular little lizard arms. 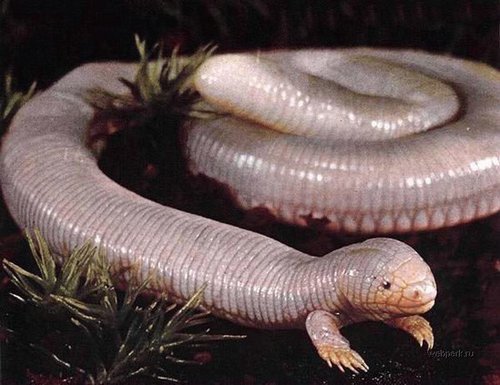 Whitesnake said:
Shoutouts to the mexican mole lizard, a worm-lizard with a long snake-like body but with regular little lizard arms.

kunonabi replied
Apr 12, 2021
Scientists may have may have identified why people develop Crohn's disease