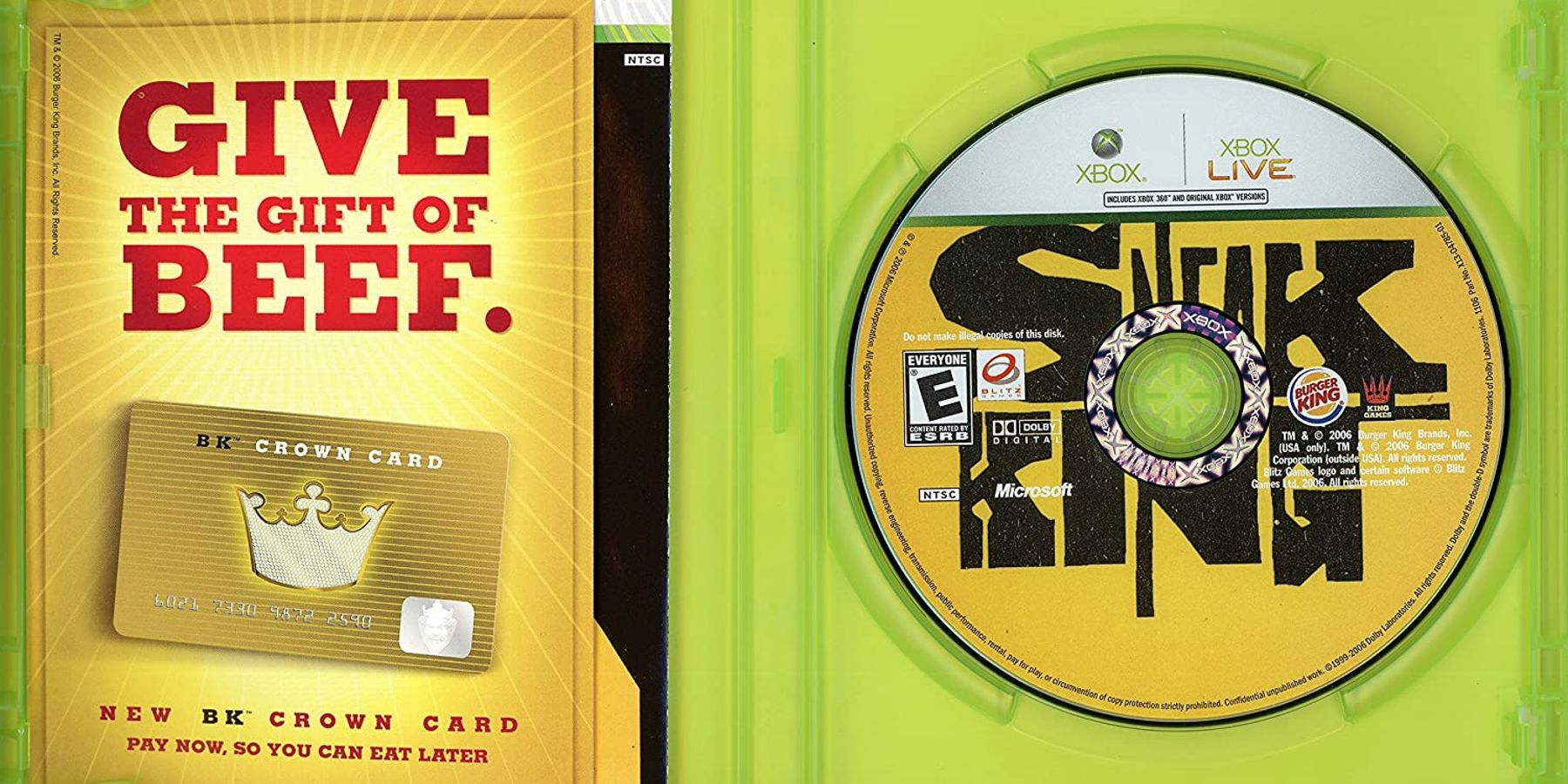 A collector amasses thousands of copies of Sneak King for the Xbox 360, the infamous Burger King stealth game released in 2006.

Sneak King is one of the most bizarre licensed games ever because of its premise and the time of its release. This legendary Burger King promotional game was released for the Xbox and Xbox 360 in 2006, and one fan has collected a couple thousand copies of it.

In the mid-2000s, Burger King released a series of three games that featured iconography of the popular fast-food chain. The most well-known of these games is Sneak King, where players take control of The King, Burger King's mascot, to deliver Burger King meals to hungry people in a variety of outrageous ways. Originally being developed for the Xbox Live Arcade, it was ultimately made available for purchase at Burger King restaurants for $3.99 with any value meal. Rounding out the Burger King advertising trilogy are PocketBike Racer and Big Bumpin', a pocketbike racer and bumper car game.

Nomercyvideo shared their massive collection of Sneak King on Reddit, and it has quickly gotten a lot of attention. "I have 2,706 copies of the Burger King Xbox 360 Game "Sneak King,"" nomercyvideo titles the post with images of their collection. In the first picture, viewers can see the collection in its entirety, nomercyvideo having 54 towers of Sneak King, with some quick math, there being about 50 copies per tower. The other picture gives a better sense of just how physically extensive this collection is, with it all coming almost to nomercyvideo's shoulders.

Despite the initiative by Microsoft in making the Xbox Series X/S backwards compatible with its prior systems, unfortunately, not every game released has made the cut, including Sneak King. This means the only way to play Sneak King currently is to own a copy of the game and play it on that original piece of hardware. 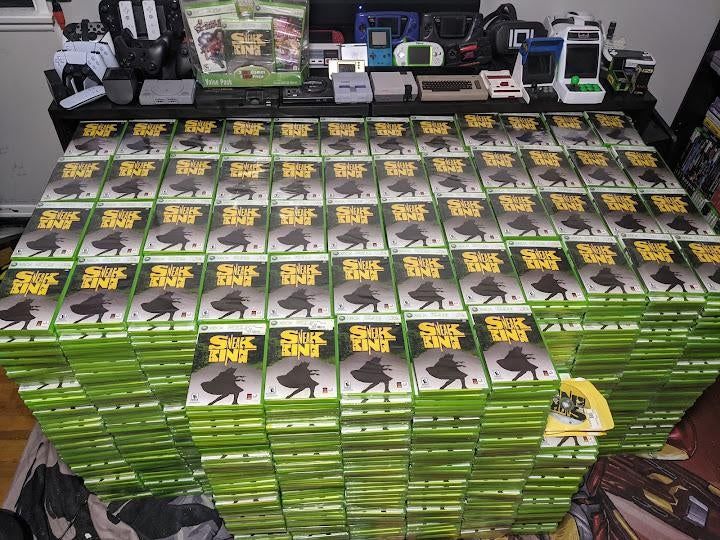 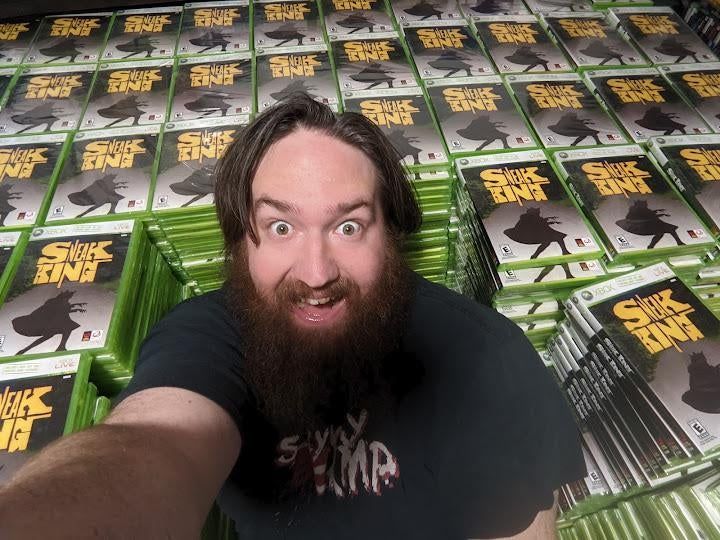 Well, everyone has to do something with their life.

This looks like a Mental Illness Awareness Month poster without the text.

WTH?
I have one copy of each burger king game. That was weird enough.

Everyone has to live their best life.

Sadly, this was his best life.

I get some serious underpants gnome vibes here...

He looks so happy. 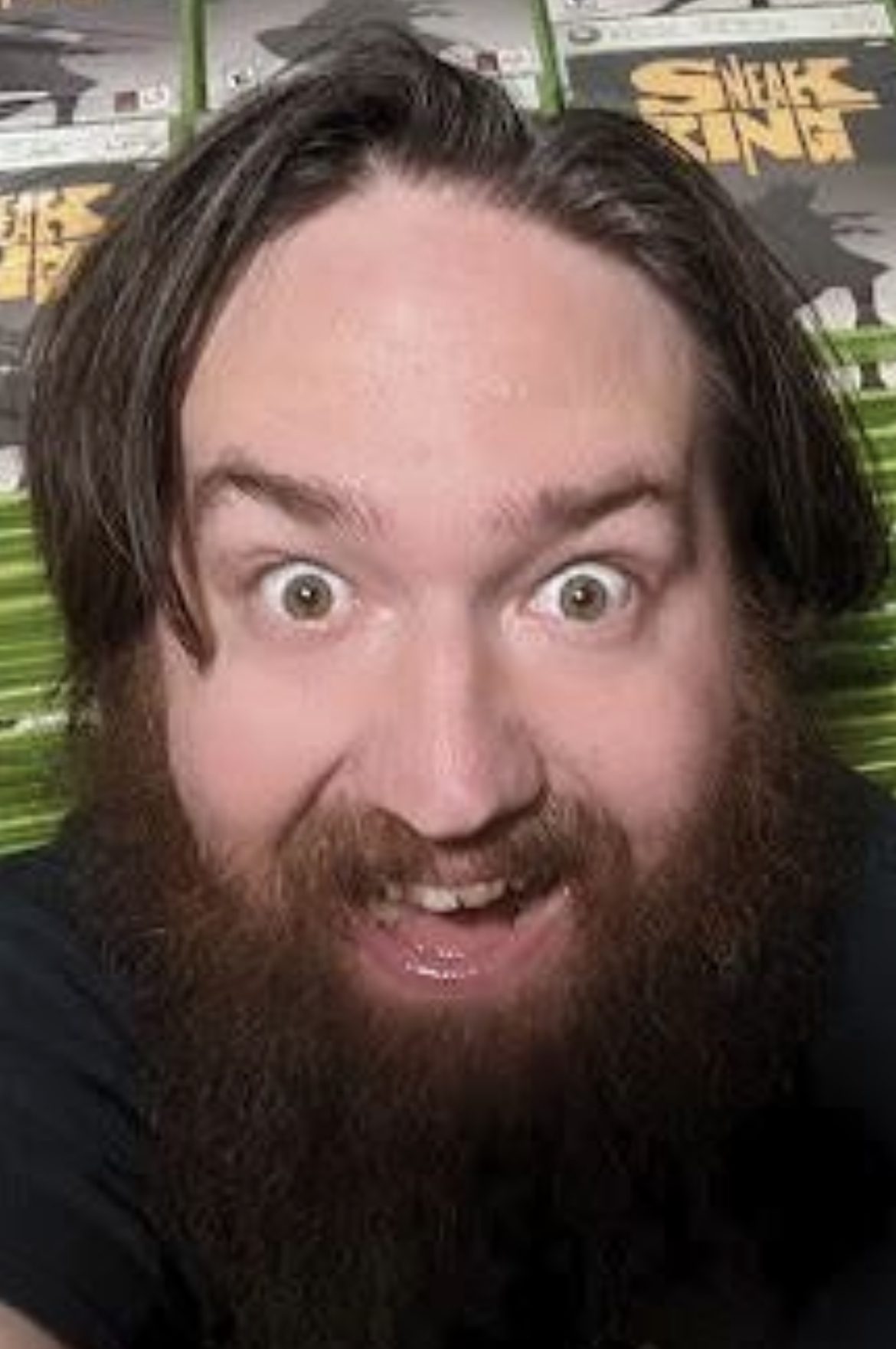 Exactly the face I expected when I started reading.
Last edited: Nov 29, 2021

Gameplaylover said:
He looks so happy.
Click to expand...

are we sure its collected, and not saddled with?

Modernity was a mistake. 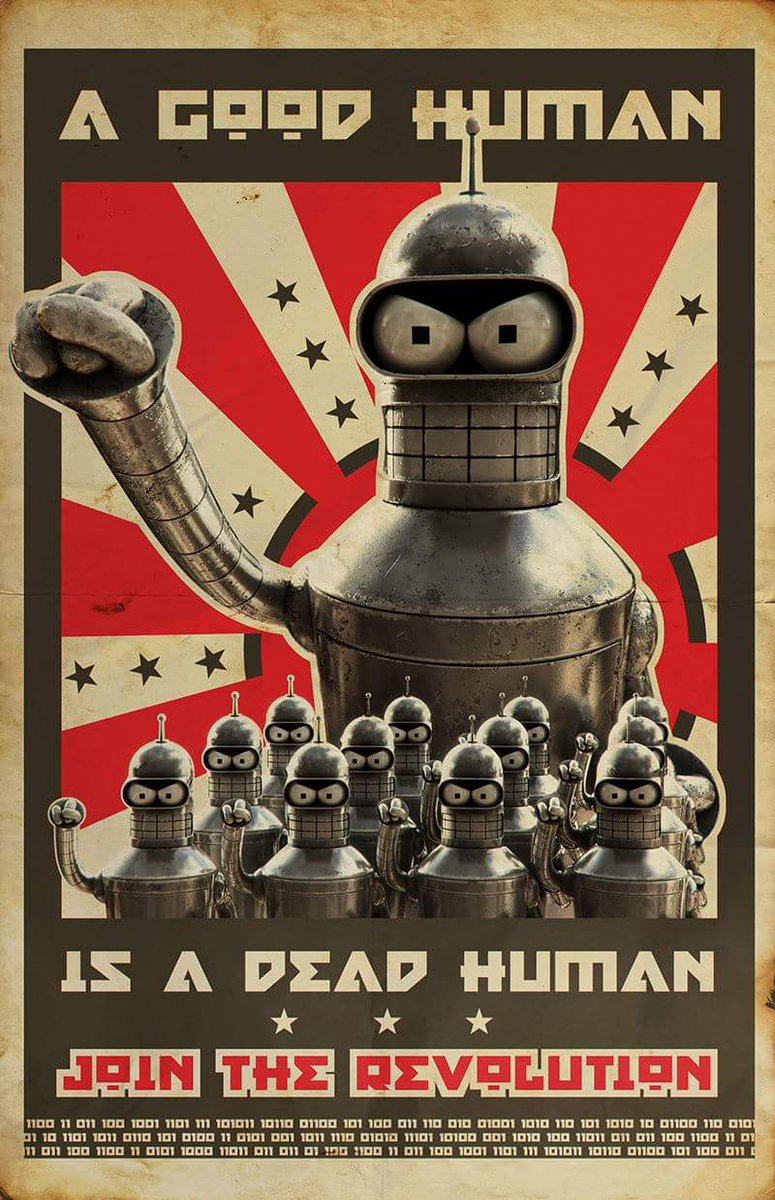 I still have my copy, but how could the moderators let this happen I reported Sneak King several times for being a Burger King game.

DGrayson said:
Should have kept quiet and hoped that by taking so many copies out of circulation the perceived rarity may have gone up one day
Click to expand...

There are over 7000 Burger King Restaurants in the US, now just assume they all got more than one copy that they obviously would have. 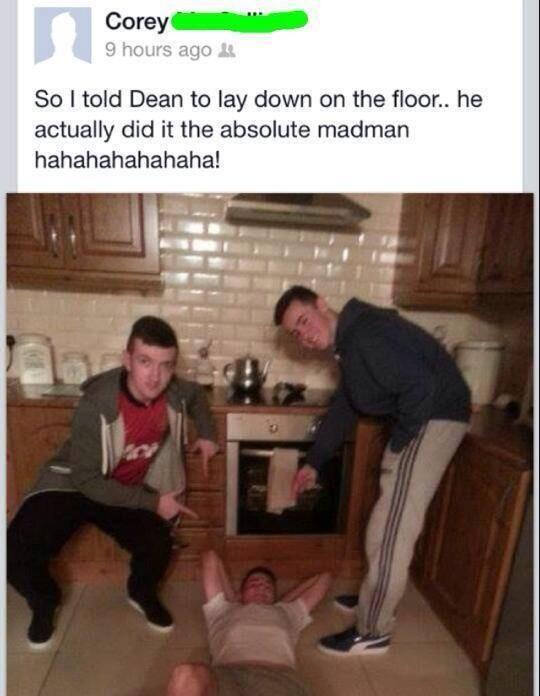 He probably paid more per unit for those games than the first entry of Madden/Fifa on the 360.

Huge red flag…. Sneak King is this modern times Catcher in the Rye.

"If I buy them all, it'll become the rarest and most expensive game ever, right ?"

Over 2.7 million copies of sneak king were produced so he still has plenty more to get.

teezzy said:
I wonder who broke his heart enough to lead him down such a path
Click to expand...

Who is probably too narrow of a criteria. Women seems to be the correct answer.

Exactly the face I expected when I started reading.
Click to expand...

Must've cost him thousands of cents to amass all those copies of the game.

bender said:
Who is probably too narrow of a criteria. Women seems to be the correct answer.
Click to expand...

It's sad really. All that effort and mo ey could've gone towards a haircut and gym regimen

Instead... he's the butt of a GameRant article and a Gaf thread

Well. At least he has passion for something in his life.

Mutherfucker...I've been sitting on an sealed copy all this time. Stonks.

DGrayson said:
Should have kept quiet and hoped that by taking so many copies out of circulation the perceived rarity may have gone up one day
Click to expand...

WATA Games has enter the chat.

Why do many copies though? Does he think they will become valuable? I don't know man, he might as well and burned $10,000. I just don't know...

No one said id make any money collecting rocks. I proved them wrong by using said rocks to break various pawn shops glass windows and make bank.
A

I had an internet friend try something similar with 19 cent copies of Super Mario Bros./Duck Hunt from FuncoLand.

He didn't have near this many though

If he sold every game to gamestop he would still owe gamestop $3.50 for wasting their time.

This was the best of the 3 games released from bk and annoyingly i never got to play it as they fucking region locked it and there's no way in hell i was prepared to get a usa x360 just to play it. Always loved the slightly janky & creepy premise of the game.

Maybe he should have them all wata graded 1M sneak king incoming lol
Last edited: Nov 30, 2021
You must log in or register to reply here.

Valheim has sold over 10 million copies