Generally without great ambitions, brought into the world to go with the popularity of a feature film, video games adapted from movies have often disappointed. Except things have changed. 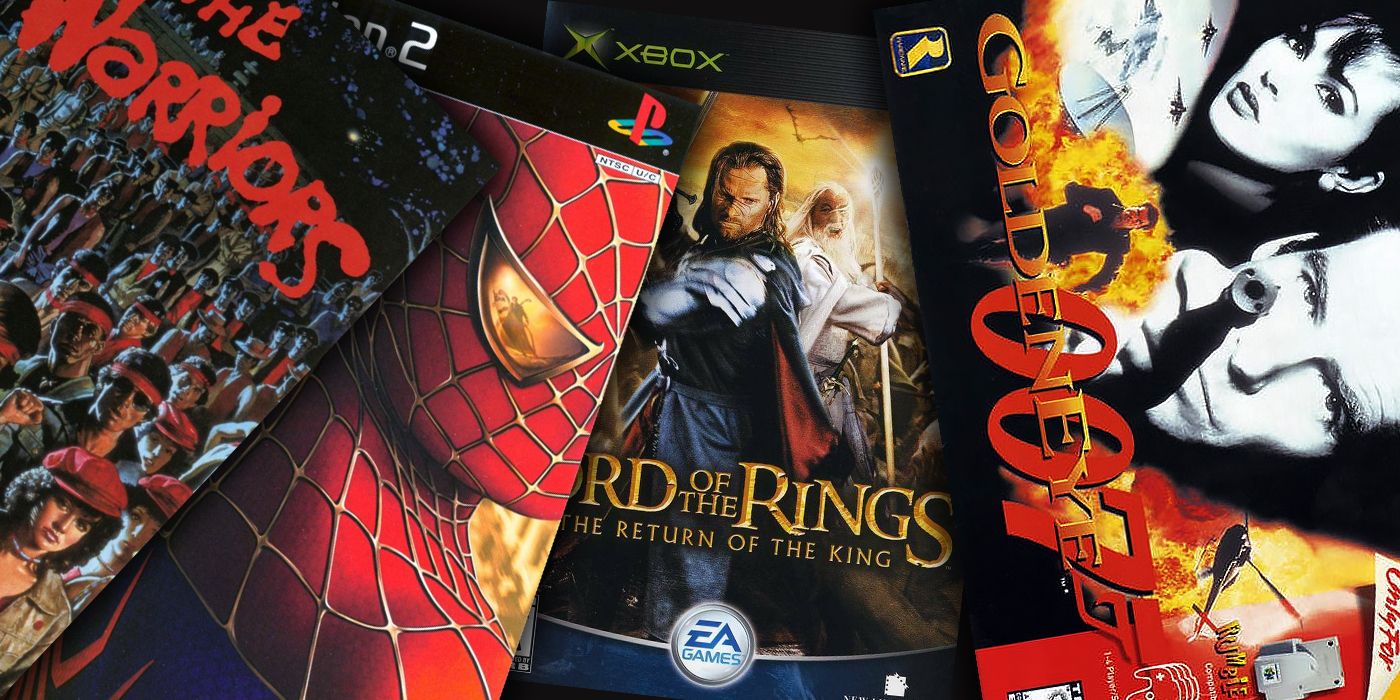 A few years ago, the release of a big movie was almost always synonymous with video games, often poor, sometimes successful.
Derivative-like titles, generally without great ambitions, brought into the world to ride with the popularity of a feature film. Except that things have changed.
Over the past ten years, these adaptations have been very small and have taken on more discreet forms. But recent announcements seem to be starting a new comeback...

In the space of a few weeks, film and video game fans had their ground to grind. First, the announcement of a James Bond led by IO Interactive (Hitman); then that of a new Indiana Jones by Bethesda & Machine Games (fathers of recent Wolfensteins) with the video game branch of LucasFilm.
And finally an open world Star Wars project by Ubisoft Massive, at the origin of The Division, still in connection with the firm that bears the name of dear George.

The list is longer if we step back in time, with the highly anticipated Hogwarts Legacy or The Lord of the Rings: Gollum, respectively announced in September 2020 and March 2019 (yes, it's literature at the base, but these works have exploded thanks to dark rooms).

This is surprisingly crowded, at a time when video games had gotten into the habit of capitalizing on their own licenses rather than calling on their cousin, the cinema.
Because it's been a good ten years that “movie games” have been put aside, after a certain golden age that spanned from the mid-eighties to the end of the 2000s.
In particular Ocean Software, one of the first companies to have offered the rights to blockbusters (Jurassic Park, RoboCop) to make video games. The adaptation of the famous robot-policeman, entrusted to the Japanese Data East, for example was a big success. 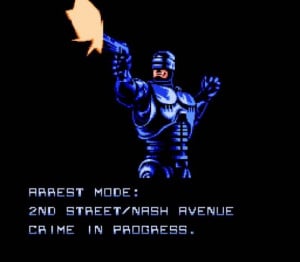 Robocop by Ocean and Data East

From there, the machine is launched: even if the quality of the titles varies, the licenses resulting from the seventh art reassure and guide the buyers in the shops.
Alexis Blanchet, researcher specializing in video games and cinema, author of Pixels in Hollywood, explain that in the 90s and 2000s, film games represented 10 to 15% of game libraries on gaming platforms, and even 30% for the Game Boy Color.


At the rhythm of the film:

Besides the identity of the feature film, the release window also plays a big role in this machinery, with for example Christmas 1988 and the marketing of the British VHS of RoboCop for the game of Ocean and Data East .
But the best is still to aim for the date of first diffusion of the film, even a few days before. This is not a miracle recipe, however. So, how not to quote the legendary E.T. of Atari, aka “the worst title in history”, which appeared in December 1982 along with Spielberg's baby.
A title that has become a symbol of the crash of the industry and the fall of its publisher Atari Inc, developed in just five weeks to be present when the famous alien arrives at the holidays.
An extreme case, of course, but which says a lot about the way in which game films are produced for almost thirty years.

This kind of race against time is commonplace for adapted titles from movies, whether in the '80s or more recently.
In a Wireframe article, developer Andrew Burrows explains that he received the green light for the adaptation of Transformers a year before the deadline in 2007, which means not much time for a multi-platform 3D title. The latter will not receive the favors of the press...

Burrows cites other constraints that make life hard for movie games, including the lack of information from movie studios, whose script and designs are often finalized a year before theatrical release, or which lock in data to avoid the slightest leak with the advent of the internet.
This kind of opacity can create quite marked shifts between film and game, as in the adaptations of the first Harry Potter, where the appearance of the characters, certain spells and protagonists are directly taken from the books, before everything gets closer in the third and especially the fourth opus. 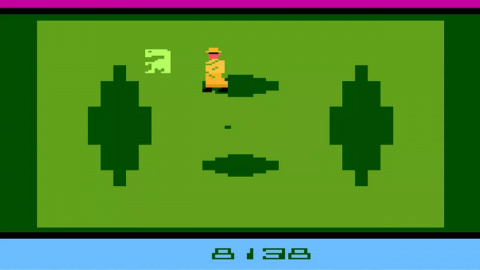 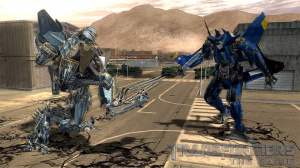 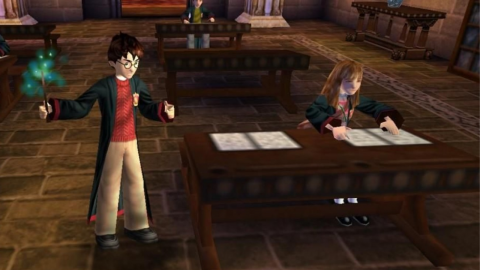 From left to right: E.T. / Transformers: The Game / Harry Potter and the Philosopher's Stone

To all this is added the sum to be spent to acquire adaptation rights (between 20 and 25 million dollars for ET), and especially the very nature of each contract, which can sometimes include the obligation to produce a certain number of games per year or pay operating costs over the long term.
There are also exclusive contracts over several years, as in the case of Electronic Arts with James Bond and Star Wars.


Another way to do it:

The end of Andrew Burrows' testimony ("our game was not chosen") also highlights the relationship between publishers and film studios in the 2000s, when film companies, then well aware of the potential of video games, assign their licenses to the best candidates.
Alexis Blanchet explains that:
"in the era of the PS2 where simultaneous adaptations of films in games are particularly strong, cinematographic rights holders auction their licenses and place publishers in competition, unlike in previous years, where it is the video game companies that negotiate on an ad hoc basis with the beneficiaries."

All of this symbolizes a change in the minds of film companies: the video games adaptation is gradually losing its status as a derivative product and henceforth promoting the intellectual properties of cinema.
Titles like the King Kong of Michel Ancel and Peter Jackson in 2005 and GoldenEye 007 on Nintendo 64 a few years earlier, participate greatly on this. The latter, in addition to being a superb adaptation, is also a small revolution for the FPS genre.

An even more different perception today, since the rights holders have abandoned the auctions to directly meet development studios specializing in their field (EON with IO Interactive for James Bond, LucasFilm Games with Ubisoft for the open-world Star Wars).
Alexis Blanchet notes, however, that Disney was one step ahead of its competitors, negotiating the rights of its characters on a case-by-case basis depending on the platforms from the 90s.

All this testifies to a much better understanding of the video game industry by film companies. An age of reason which is understandable: licenses like Call of Duty or Assassin's Creed, synonyms of blockbuster quality, are today as popular (if not more) than the big names of the seventh art. Thus, the objective is no longer to produce a game that uses the script of a film, or even to want to make the creation deadlines of a feature film stick with those of a triple-A, but to see bigger, with new story arcs.

Several strings to its bow:

Because this is what the future James Bond, Indiana Jones and Star Wars promise us: new and ambitious adventures with franchises from the cinema.
In this regard, Electronic Arts has already paved the way with games like the Battlefront or Jedi Fallen Order (which were also released a month before each new episode of the last Star Wars trilogy, bringing together both the marketing power of the film and that of a video game blockbuster). 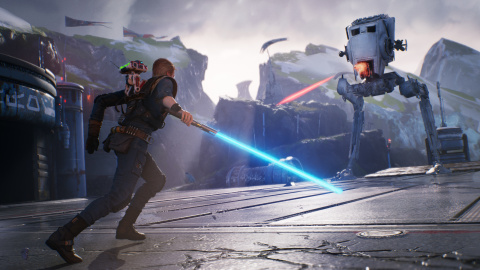 The same publisher had already taken a few steps aside with the usual specifications for movie games, dedicating original stories to 007 when the rights to the latter still belonged to him.
And coming out of old cinema licenses to make video games much later is not new either. This was already the case with titles like Scarface: The World is Yours or The Warriors.

According to Alexis Blanchet, we should therefore not cry out for the big comeback of films in games with the recent announcements.
These projects never really disappeared, even after the late 2000s, when the trend dried up and companies like THQ (not to be confused with THQ Nordic), mired in dozens of adaptation contracts, collapse.

The researcher thus notes four forms of adaptation, with which the cinematographic imagination has remained present:
"First there is the cameo, like Darth Vader in Soul Calibur IV. Then the composite universe, like Disney Infinity, which brings together several Disney-stamped characters.
And the franchise-formula, with as important representing the Lego game series, which includes the Star Wars, Harry Potter and Indiana Jones films. Angry Birds had also taken over the universe of George Lucas.
Without forgetting the mobile games which are the only ones to continue the simultaneous adaptation in the years 2010" 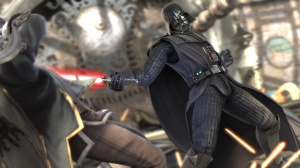 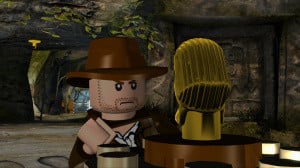 It is enough to type the name of universes very known as the Lord of the Rings in the stores of Google and Apple to find a corresponding free-to-play.
A form of play that can easily be adapted to the marketing plan of cinema companies and even allows content to be added regularly. With that and some super-productions by Electronic Arts like Squadrons, the balance seems perfect.
Small movie games are the supporting roles and video game blockbusters are the headliners.

Bond game from the Hitman devs sounds a lot better than those other new ones you mentioned.

Throw Harry Potter in too alongside Indie and James Bond - I can’t wait for these 3 games which is something I never would have thought.
B

All that effort by the op but title typed in 2 seconds lol
You must log in or register to reply here.

Analysis Retro Indiana Jones: let's take a look at some of the most important games in the series (1982 - 2013)