Got a chance to check it out. Here's some info:

- PS5 demo install size is 25.31 GB
- has a small introduction video with Keanu and Carrie.
- You get to see them in the Matrix in a car chase, but then you switch to playing a different character
- the first piece of gameplay is an on rails shooter.
- once that is done, you get some info on all the things present in the tech demo such as Mass AI, World Partition, Dynamic Global Illumination and reflections, Rule based object placement, Niagara particle system, etc etc. there's a lot you can toggle on and off while they are showcasing this stuff.
- after that you are placed in a sandbox map, where you can walk around, drive cars, and ride a drone/fly around the map in the sky. You can't interact with anything. There are dots on the map but when you go there, nothing's there unless I'm missing something.
- FPS is 30. Don't try crashing into cars as it just tanks the fps even further.
- Nice tech demo showcasing the visuals, hoping that fps is fixed though.
- can't really change anything in the settings, so nothing to add there.

My 4K capture card is busted, so its only 1080p my bad. I'll get 4K footage tomorrow or maybe someone can add it in the thread.

Crazy scale in the thing.

Over 38,000 driveable (and destructible) vehicles in a city larger than real life downtown LA... running real time on a PS5. 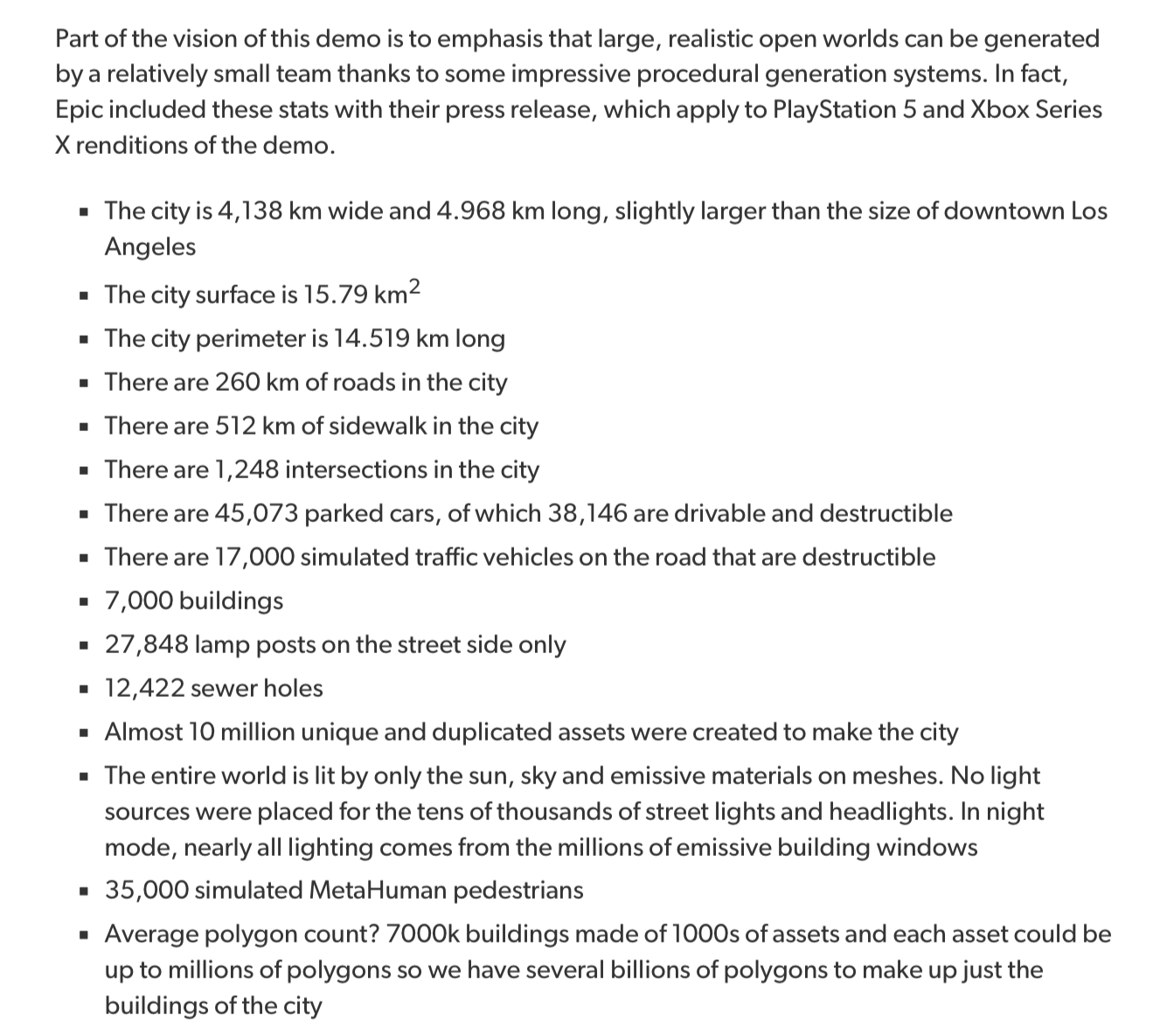 Wow is all I can say
D