The next BioShock will be an open-world game.

We heard a while back that 2K Games was spinning up a new studio to work on the next entry in the BioShock series, and now some new job listings have provided a few more details about what we can expect when we finally see it. Unlike the BioShock games of the past, the next chapter in the FPS game series will be an open-world game, featuring “character-driven stories” and both primary and secondary missions.

The studio working on the next BioShock game is called Cloud Chamber, and it’s currently hiring for several positions. These include an AI programmer, UI/UX designer, a tools programmer, senior world designer, a senior technical designer, and a senior writer. This last, based in the Montreal office, will be a position responsible for helping to create the narrative content for BioShock 4, and the ad says the studio is looking for someone “who can weave impactful, character-driven stories in an open world setting.”

The senior writer will also be “brainstorming primary and secondary mission content with the design” and helping in “the creation and execution of the core story including the writing of dialogue and other narrative elements as director.” The position reports directly to the project’s lead writer.


Other clues about BioShock 4 can be found in the other job postings. The videogame AI programmer role, for instance, explains that the job will involve developing an “urban crowd system” and “the systemic tribal ecology of a sometimes hostile AI.”

Game designs go through multiple iterations between the initial concepting phase and final release, so everything about BioShock 4 is currently subject to change. That said, it seems clear that Cloud Chamber is planning on something a bit different with the next BioShock – a more open world that’s populated with an AI-driven “ecology” certainly sounds fascinating. 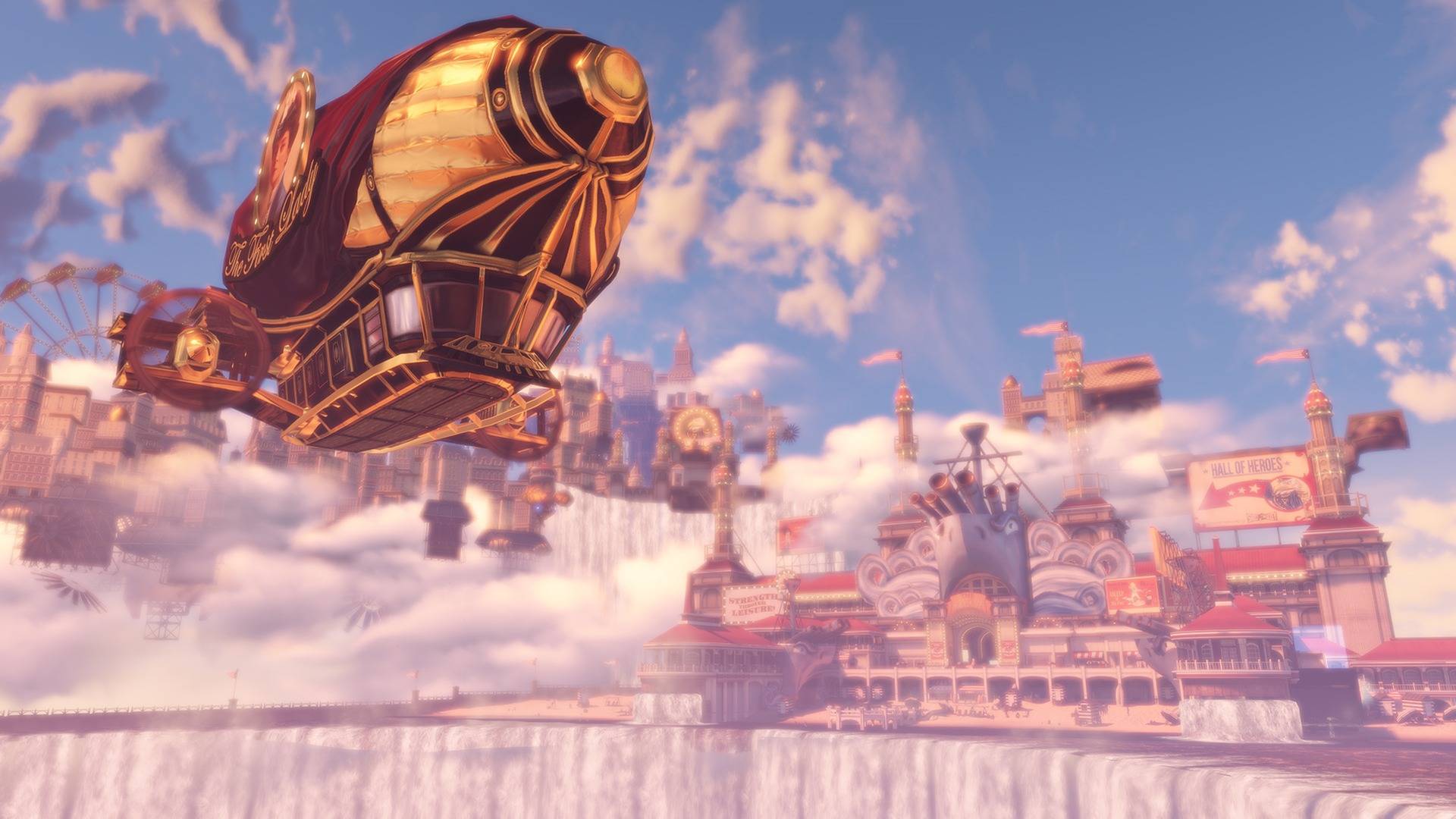 The next BioShock will be an open-world game

Always thought it was an ok game series, somewhat overrated.

But open world? No thanks.

Please no, original BioShock's level design was fantastic and it was blast to explore, I don't need ANOTHER bloated open world with copy& paste design.

Why? The story of these game are usually 4-6 hours at most, which are then stretched out to 10 to 15 hours. Now they want to make it open world and stretch that into 20 plus hours. Just gonna be pointless fetch quest nonsense anyways....

Only played the one with the brunette chick and the city in the clouds... I liked it very much, don't know about this open world thing though

My vita is ready

Sounds odd. Also I know infinite was highly regarded but the underwater city of Rapture made that game for me.

Without Rapture I'm not sure I care for the rest.

Fucking ridiculous. This is such a boring copy cat industry.

Yeah lets make the most immersive, story driven, atmospheric FPS game of the past decade open world like every other game in existence.

Didn't take long for GAF to jump to conclusions.

Keeping an open mind. Good luck to CC, I will await the announcement of their product vision with eagerness.
M

I still don't understand how infinite gets so much praise I didn't play it at release I played it in 2016 and it a good game but not anything unforgettable at all. Yet another series to try the open world route really hope linearity makes a comeback to gaming in general at some point.

Could work, Prey (2017) had a tightly crafted open world and it worked well there.

If they mean an "open world" the size of the original bioshock then ok but one of these sprawling messes that we've become accustomed to in modern open world games? No thanks.

Will I get a Lutece ability to zip across space, dimension and time? Rapture and Columbia and anything inbetween?

Gamerguy84 said:
Sounds odd. Also I know infinite was highly regarded but the underwater city of Rapture made that game for me.

Without Rapture I'm not sure I care for the rest.
Click to expand...

I'm in the same boat. The clausterphobic setting is what made it. I really didn't like Infinite.

Maybe space as a setting? A moon base? That could work well.

Keeping my expectations low but hoping for the best. Could be really fun , you never know. I care more about gameplay than story . Plus Bioshocks story always had some cheesy retconned potholes anyway to me. I mean story was ok but gameplay was what I really enjoyed in the series . They get the gameplay right in this one and I'll be there.

I hope it won't be the typical open world stuff we get in most modern AAA games, I really don't see that for Bioshock, but I guess we can be surprised.
Unlike many people, I really liked Bioshock Infinite, but I was really disappointed by how linear it was, I loved the world and atmosphere of Columbia and I would have really liked for this episode to have more freedom, but not something "open world", more like, Bioshock 1 or Dishonored style of freedom.
Last edited: Apr 13, 2021

Columbia can stay in the bin.

It stopped being bioshock with Infinite anyway, so its not like it matters at this point.

I can only hope the story is as good as 1 or 2, instead of whatever infinite failed to be.

Well since og bioshock infinite was going to be open world before it was heavily reduced to the game it is now....i will hold my judgement till I see the final product

Yeah, honestly, considering how well Prey created one giant "open-world", I can actually see this working. I was a huge fan of Bioshock 1, and I enjoyed 2 and Infinite quite a bit too. At least for what they were. I'll keep an open mind and hope for the best.

Bioshock 2 is far and away the best in the series, and ended the story of Rapture beautifully in my opinion. Any sequel would have ruined that, but if they wanted to do a sequel that badly they should have followed Eleanor’s story in some way.

Instead we got Infinite, and now this. What a disappointment. 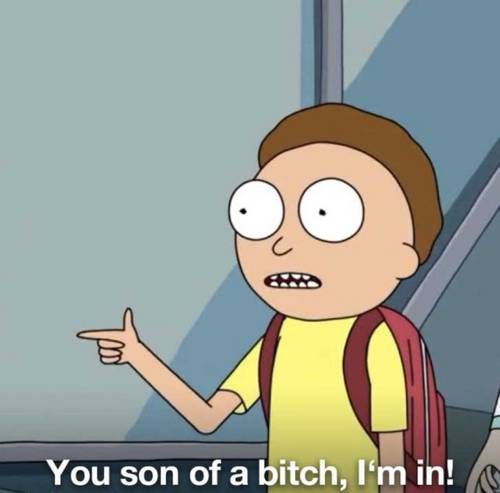 Linear is a thing of the past.

God I love me some Bioshock. The atmosphere and environments they created in those games appealed to me in a very special way. What made it great though was very unique, imaginative, and curated level designs. I hope going open world doesn't dilute that charm.

2K really has no idea what makes bioshock special do they.

I guess it depends on what they mean by open world. I honestly would not have minded a larger or more fleshed out Rapture or Columbia maps. If they mean Assassins Creed style humongous open world, or Borderlands massive barren wasteland style then I think it would be pretty bad......

if it retains the charm of 1+2 then fantastic, if its anything like 3, the garbage can awaits.

I really want another bioshock. I really don’t want an open world bioshock.

Keeping an open mind. Good luck to CC, I will await the announcement of their product vision with eagerness.
Click to expand...

This is true FFXIII is considered as an open world and that game is mostly a single long corridor.

I don't know, I have to see what they do with it.
N

Depends on what they mean by open world.

I think it could work as a metroidvania type of open world. Large complex world all connected with no loading but areas blocked off that are gradually opened. I don't think it needs to be an open world like fallout. I just hope its good, infinite was disappointing, there were some great aspects to it but overall it just lacked something.

What kind of Open World? Infinite's level design and size was perfect imo.

I mean, they kinda were already open world to a degree.

I don't like most open world games aside from GTA. Single player games are so much better when they're linear and actually focused on leading the player through a curated experience. That's the charm of the first Bioshock game, you feel like you're walking through an abandoned museum filled with strange steampunk artifacts. Games like Witcher 3 are cool because they're basically RPG's with a ton of main story and side quests to do/see and loads of items and stuff scattered throughout the maps. It works.

But Bioshock? Please. Just give me a spooky corridor shooter like Doom. Even Infinite's "sand box" design was fine. But please don't make the player drive a car to get from check list objective A to generic fetch quest B. People complain that games like TLOU "spoon feed" the player, but at least you're not progressing at a snail's pace because the game decided to dump you into an enormous map with 200 objectives.
Last edited: Apr 13, 2021

What a waste of time and resources. lol.
You must log in or register to reply here.

IbizaPocholo replied
Apr 19, 2022
The Next Subnautica Game is in Development
News

DeepEnigma replied
Thursday at 8:23 PM
Ken Levine is Not Involved With BioShock 4, Says People Will be 'Surprised, But Unsurprised' By His New Game
Opinion Game Dev