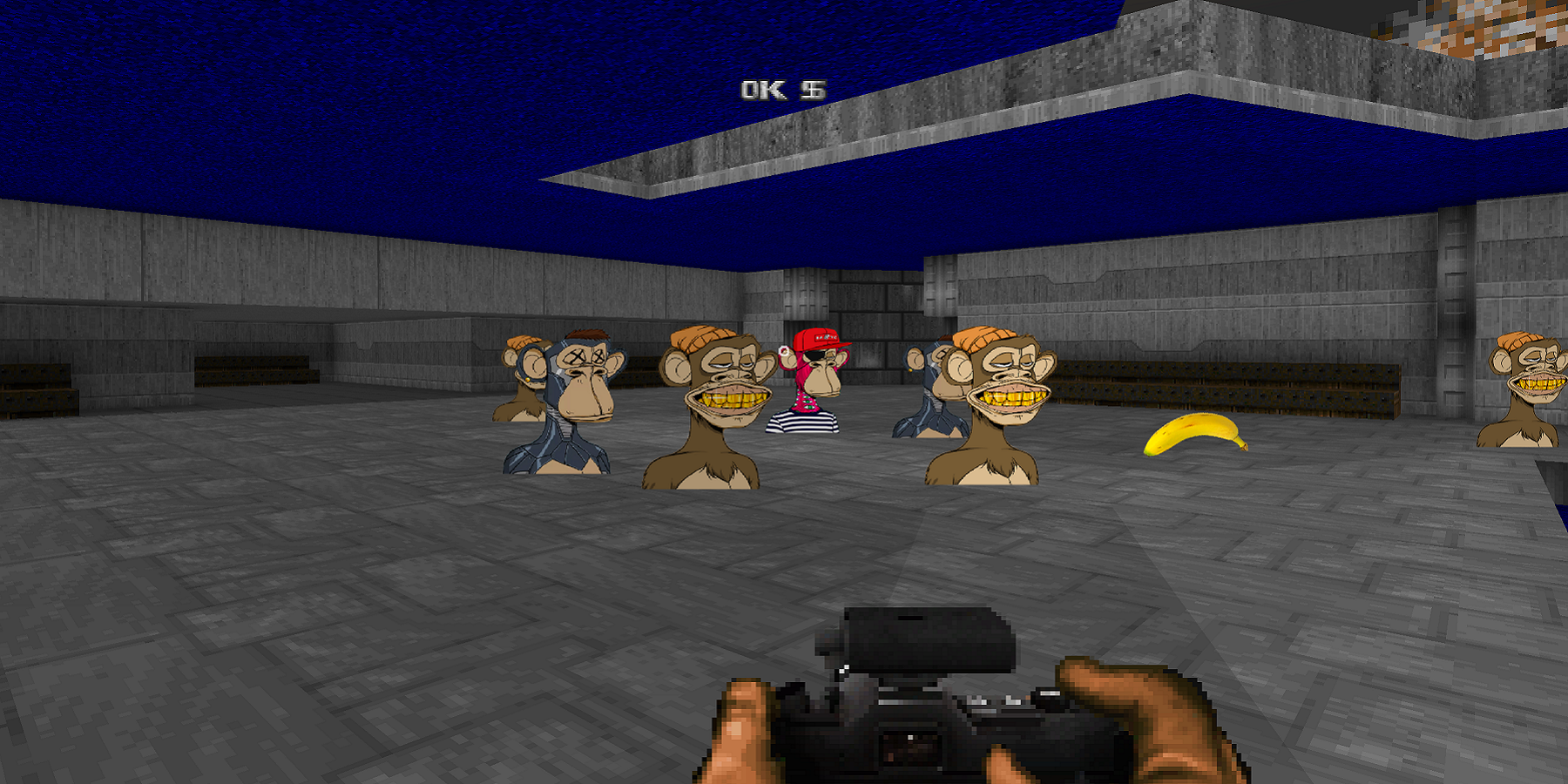 It seems like there will never be a time when people will stop making mods for the original Doom games, and this one smacks of zeitgeist satire. 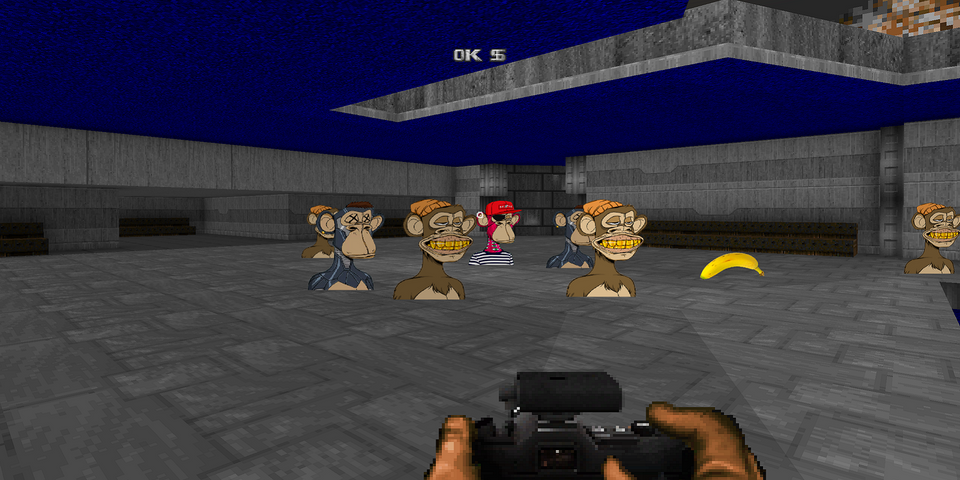 One person has done just such a thing by making a mod for Doom 2 that pokes fun at NFTs.

The original Doom games are rife for modding, and have been pretty much since they hit PC screens back in the mid-1990s. Ultra.Boi's NFT Doom does exactly what it says in that it marries the high-speed action of this most influential of first-person shooters with this much-derided practice that publishers are trying to push the industry towards. The mod allows players to "shoot" a series of cartoon monkey NFTs, which replace the standard enemies, only they don't shoot them with a gun. Instead, they shoot them with a camera, with each successful hit netting the player some money.

The whole idea is seemingly to mock this idea of turning easily copyable content into commodities owned by a single person. The mod's description page even makes a statement about this, saying "this mod goes hard! Screenshot it while you can." Whether it will stop the big companies from engaging in this tactic is unlikely, but it will give players some method of mocking the whole affair. 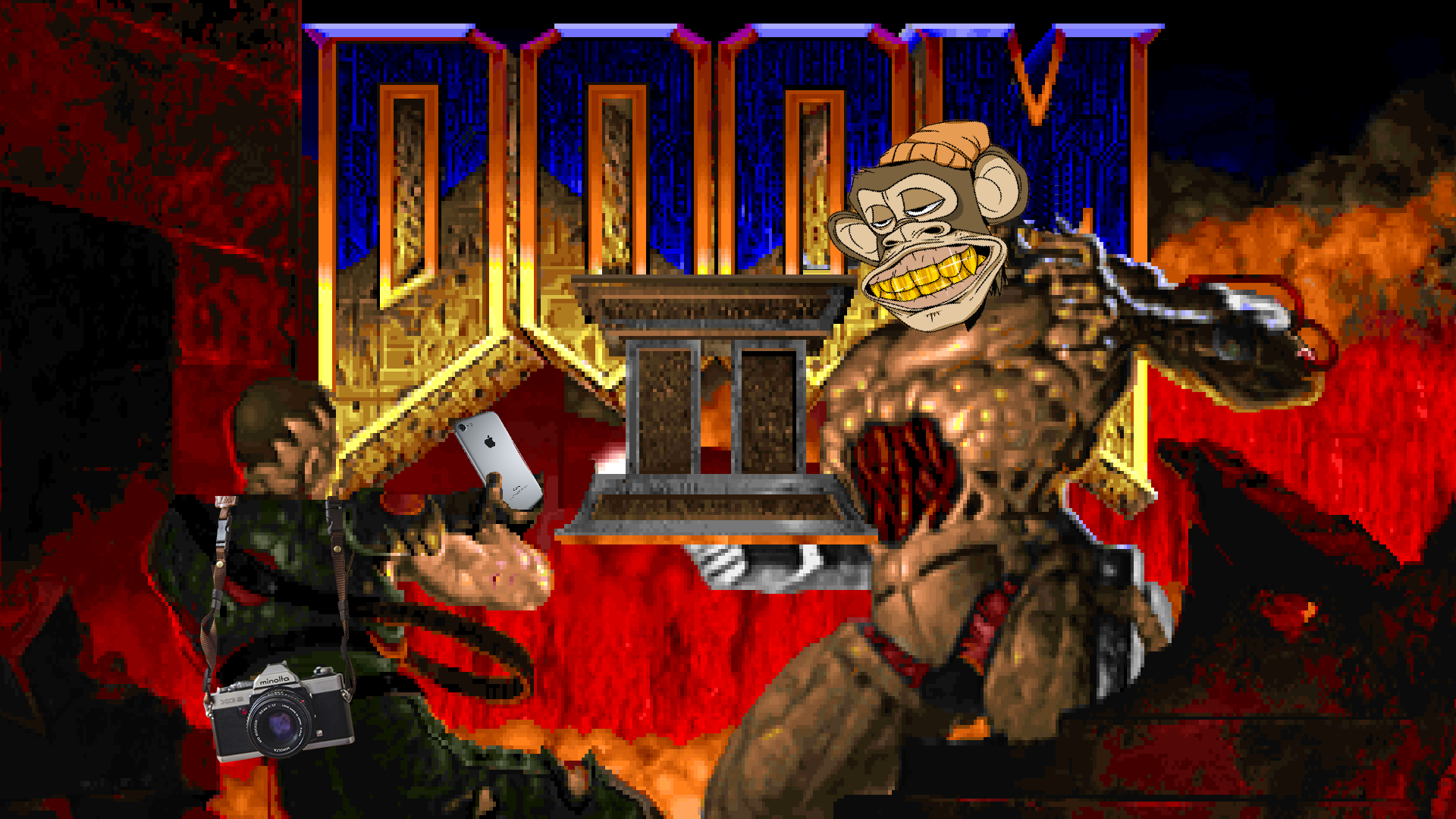 Make photos of the bored apes NFTs and get rich$$!

Crypto bros out here getting uppity.
You must log in or register to reply here.