Looking for something to play on PC, PS5, PS4, Xbox Series X/S/One and Switch this August? We've got you covered with these release dates.

7 Sword and fairy: together forever

4 Cult of the Lamb 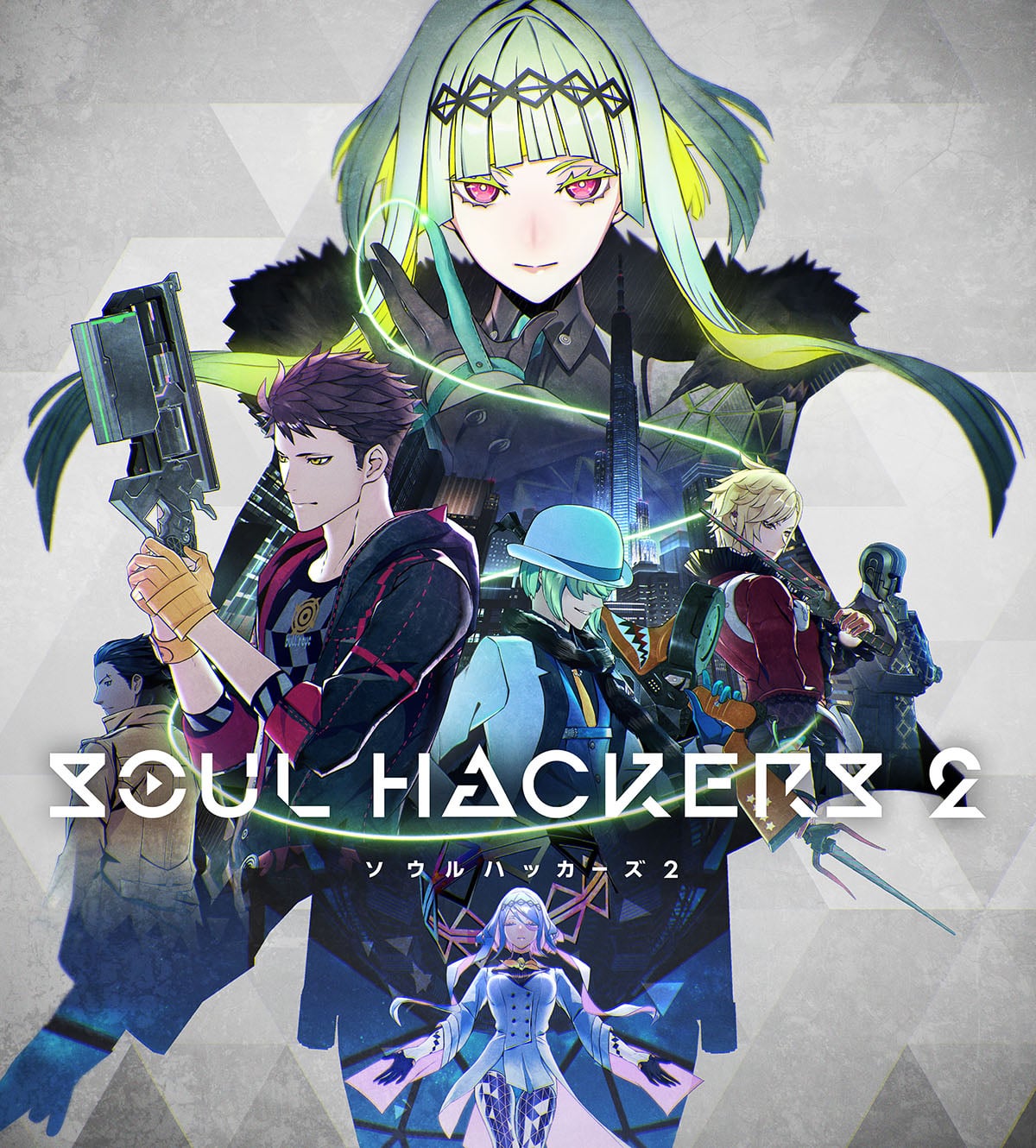 This game, Xenoblade 3 and MHRise Sunbreak going to keep me busy for entire year.....


Also have games coming in October like Bayonetta 3 and Mario + Rabbits 2.

Destroy All Humans 2 was a pretty decent game so many years ago.
I still have my original Xbox copy. I would have preferred BC instead of paying for the same game a second time.

I'll get the game with the hee hos.

TintoConCasera said:
I'll get the game with the hee hos.
Click to expand...

For sure:
Soul Hackers 2

Maybe check them on GP or PS+P:
Thymesia
Sword and Fairy
Cult of the Lamb

Not giving another look:
everything else
Last edited: Jul 27, 2022

I'll be mostly playing Xenoblade, but will look out for Pacman World Re-Pak, and TMNT Cowabunga Collection.

Soul Hackers 2 on Xbox Series X for me. Everything else is blah.

August is upon us, which means the summer is starting to wind down. But that doesn’t mean that game releases are slowing down! Here is a list of the biggest games releasing in August 2022.

Football is back and has once again managed to improve on last year’s game.

Perhaps the biggest new feature in Madden NFL 23 is the "Fieldsense" system that EA promises will deliver "more control at all positions in every mode." EA said this new system will help deliver "ultra-realistic gameplay," including new animations and player control mechanics.

Madden NFL 23 also updates Face of the Franchise with a new experience called The League. There will be new position-specific mechanics and player-focused cameras. Franchise mode, meanwhile, will offer "simplified" team-building mechanics.

In terms of visuals, Madden NFL 23 aims to offer a "new level of visual realism" in all stages of the football experience. There will be new "player-locked, 4K touchdown cameras" that aim to match what the latest NFL TV broadcasts offer.

You can continue to secretly pretend you’re Tom Brady when Madden NFL 23 drops on August 19 for PC and every console except Switch.

Soul Hackers 2 is the follow-up to Demon Summoner: Soul Hackers, itself a sci-fi spin-off in the Shin Megami Tensei franchise.

Set in the same world as Soul Hackers without continuing that tale, you play as Ringo, a character created by a sentient artificial intelligence and dispatched to stop some coming event from ending the world. With Soul Hackers 2, you're dealing with a group of characters who are older, rather than those making their way through high school. But this is also a supernatural sci-fi RPG, so expect some fantastical elements; for instance, there are demons, and you summon them.

According to Atlus, while the first Soul Hackers had a pretty hardcore RPG bend that might have turned off some players, the sequel is looking to be a little more welcoming, while also seemingly borrowing a lot of what works from recent successes like Persona 5 to present a new story.

You can summon some demons when Soul Hackers 2 comes to PC and every console except Switch on August 25.

Cult of the Lamb and Saints Row for me.

Cult of the lamb and saints row for moi!

saints row, destroy all humans for me, cult of the lamb maybe as well depends on the review.

Soul hackers 2 is going to be among the first games I get on my soon to arrive ps5.

Nothing interesting maybe thymesia cos it reminds me bloodborne

if anything... soul hackers 2... but surely not at launch.

State of this fucking industry, can't believe how shit these past few months have been.

May get Saint's Row and Thymesia depending on reviews. Let's be honest though, Saint's Row will likely score terribly.

Soul Hackers 2 on Xbox already preordered, won’t touch it for a few months since I have Xenoblade but it’s important to support the right causes.
A

Already pre-ordered Cult of the Lamb.

These videos are great because the thumbnail is almost always a generic third person GTA-styled game that may or may not exist.

If way of the hunter is anything in the same league as Call of the wild i'll be in for that day 1!!
COTW is one of the most relaxing games I've ever played. The open world is incredible and the rare trophy system is addictive as anything. Class game
Last edited: Jul 31, 2022

I'll get Cult of the Lamb eventually, the demo was crazy good. Devolver knows how to pick' em.

soul hackers and just maaaybe saints row for me

Saints Row I'll definitely get at some point unless it absolutely bombs, and Soul Hackers depends on reviews, other than that not an exciting month

August is here, and while it’s still a little too early to declare that the gaming drought is behind us, the month does bring a slew of cool new video games for all of us to play! Whether you’re into roller skating, swinging from tall buildings, or even joining a cult filled with livestock, we’ve got you covered. Here are all the biggest and best games coming in August 2022.

First off, one of the most popular PlayStation exclusives is FINALLY making its way to another platform! On August 12, ol’ web-head himself swings onto personal computers as Marvel’s Spider-Man finally joins the PC family. Also, the acclaimed Two Point Hospital gets a follow-up, but instead of curing weird ailments, you’re now molding the minds of young ones in Two Point Campus. Finally, I hope you have your nachos ready because football season is upon us, and to kick start it is this year's newest entry into the Madden franchise: Madden NFL 23.
Click to expand...

Lots of comments complaining about lack of releases. Isn't the summer usually dry is as fuck since forever?

I'm even glad we are even getting some cool games like Live A Live or Soul Hackers.

Just beat Sackboy a great play former I will watch the ps plus news by the time December is here we’ll have god of war and modern warfare 2 other games in the middle.

TintoConCasera said:
Lots of comments complaining about lack of releases
Click to expand...

I dont know how anybody can say that, I'm currently drowning with games, I had to skip some of them because I have no time to play them.

I have been looking forward to Two Point Campus and it's on ....

Seriously, I'm in the same boat. Almost too many games but I've been doing fine juggling them so far. Its been a banger year if you've got an open mind and appreciate/enjoy different genres. I like the diversity in game releases as well, what with everything from good looking Indies to C-B-AA tier titles. Plus some decent AAA as well. Every month so far has been a wallet buster for me and my gf and I've been loving it. Games I don't have time for she takes lol. Seriously I get slammed by games during the 22nd to the 25th with Saints Row, SD Gundam and Soul Hackers 2. Also getting Destroy All Humans 2, Sword & Fairy, Cult of the Lamb, Thymesia maybe. Azure Striker Gunvolt 3 as well. I've been watching my gf start up Digimon Survive on our Series X and it looks good. Can barely find time to keep going through Baldurs Gate Dark Alliance 2 together, finish up Kirby, barely touched Fire Emblem Musou which I liked.

Currently distracted by XBC 3 and Pascal's Wager on Switch which are great fun. Usually summer months are bare bones but these years have been getting better at spreading out releases filling up the void which is really nice. My most anticipated is still Soul Hackers 2.

Inscryption is coming out on PS this month too.

Of that list only interested in Soul Hackers 2. Already have Spoodermins.
Not on that list, I think Turtles Cowabunga Collection releases at the end of the month too.

Thank you for that. Didn't know there was a release date already.

So yeah...that's another purchase this month.

You may think August is a dry spell for gaming but I'm here to tell you otherwise! Here's 7 that may peak your interest!

Rollerdome is a wait and see

Cult of the Lamb is one of the best releases this year. Will be picking up Inscryption on PS5 and possibly Saint's Row, Rollerdrome is a possibility too.

Really solid month overall in what has been a fantastic year, must suck to be a 1 dimensional gamer that only plays a certain genre or style of game