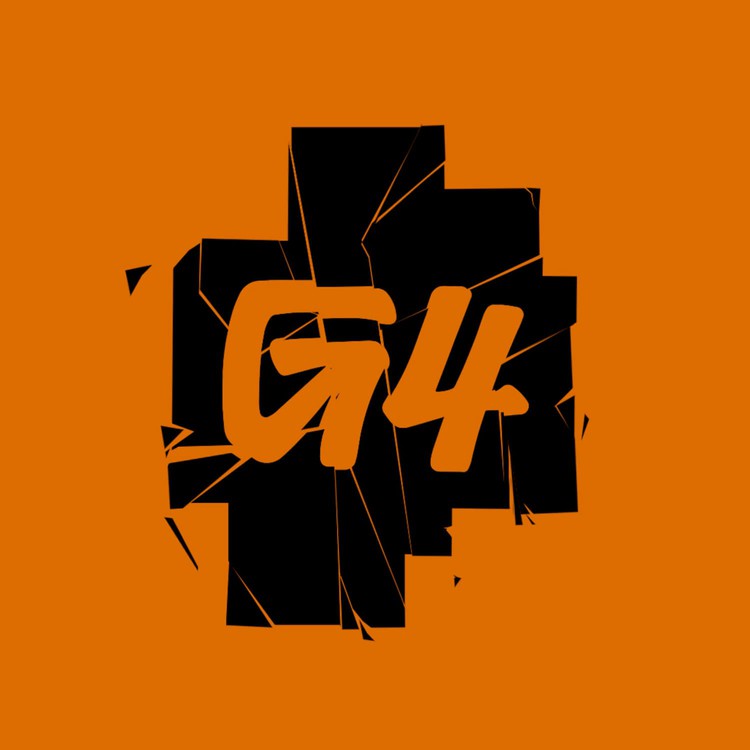 Constant pivots, high costs and controversy bedeviled the directionless network in the lead-up to its collapse.

Long article by the notorious Nathan Grayson but worthy of a read.

Sounds like it was doomed from the start. Lots to digest in this article. Obviously some of this is going to be heated commentary from people who were otherwise seemingly happy. Even so, there are so many issues laid out in this article that I don't believe G4 ever had an honest chance back.

Among the multiple causes employees believe sunk G4, several ex-employees pointed to Tucker Roberts, son of billionaire Comcast CEO Brian Roberts and then-president of Comcast Spectacor’s gaming brand. While G4′s revival was largely the younger Roberts’s brainchild, former employees described him as fickle and absent. One employee familiar with Roberts’s decision-making said the executive would regularly change his mind about crucial decisions — for example, the number of separate YouTube channels G4 needed, which spread out audiences and hurt viewership, or the direction of the network’s esports coverage, which changed numerous times.


Roberts officially stepped away from G4 in March, just four months after G4 relaunched in full.


According to a former staffer, the network’s priorities would vary depending on which leader employees asked.


“There was never a clear viewership goal or platform to prioritize,” they said.
Click to expand...

“We would sort of get momentum on trying to make a creative product, and we were like, ‘I think we’re finding our voice,’” said an ex-contractor. “But then we wouldn’t have funding anymore because it was too expensive, or [leadership was] like, ‘We care more about Twitch than YouTube today.’ ”


The analytics that constituted a metric for success would change regularly, according to G4 workers. Sometimes it was YouTube video views, other times it was concurrent viewers on Twitch. One week the network would mandate dozens of live hours on Twitch. A couple weeks later it would pivot fully away from Twitch, imperiling major productions like “Attack of the Show.”


“None of [the leaders] had any vision,” said one former employee. “They weren’t very present in day-to-day operations. We pivoted every time viewership was low. We never really gave our content time to gain traction. We were just constantly pivoting.”
Click to expand...


“One thing would pop off because of someone popular, and that’s what the expectation would be for everything,” said a former contractor. “It wasn’t feasible.”
Click to expand...

Big names, some of whom appeared on “Name Your Price,” Show’s recurring game show, made $10,000-$20,000 for brief appearances or “raids” — in which popular streamers like Imane “Pokimane” Anys would send their audiences to G4′s channel to boost its numbers — according to multiple former employees.

Even short visits by popular guests could be expensive. Steinkamp, according to a former employee with knowledge of these figures, was paid $20,000 for a two-hour call-in appearance on a G4 esports program.
Click to expand...

Leadership changed again in 2022 as Arons departed in July following a contentious all-hands meeting in which she was lambasted by talent for a lack of transparency, failure to realize promised diversity initiatives and other issues. Ex-employees, who described Arons as a more consistent leader than Roberts, said she left the meeting in tears. Former G4 staffers perceived Arons’ rocky tenure as evidence she’d been set up to take the fall for Roberts.

“I think she bears some responsibility for the leadership, but I think she inherited an impossible situation from Tucker Roberts,” said a former employee. “I’m not surprised she resigned two weeks after that incident.”
Click to expand...

Two former G4 staffers described complaints they filed to the California Labor Commissioner’s Office over contracts that failed to set terms around overtime pay and which, in one case, required a contractor to sign away their likeness rights in perpetuity.
Click to expand...

On the Frosk blow up:

G4, according to multiple former employees, quietly deleted the tweet in support of Black’s segment and set the YouTube video of it to private. G4 did not mention the tweet nor the controversy publicly again.


Behind the scenes, Black wound up in a series of meetings with leadership, according to multiple former employees who worked with Black. But ultimately the message from G4 was that little could be done about the harassment on the network’s end, and she should file a local police report.
Click to expand...

Khalil said he took no issue with the message of Black’s viral segment. However, he noted that when she tweeted, it led to lesser but still unpleasant harassment of other talent at G4. The situation put a strain on his relationship with Black, he said, though he denied claims from other former staff that he played a role in getting Black dismissed from her role later in the year.
Click to expand...

Under Marsh’s leadership, G4 ultimately bought out the remainder of Black’s contract after a poorly received tweet in which she victoriously proclaimed she “survived” the layoffs.
Click to expand...

It's not hard to be a nice gaming channel. You just need to play. Nothing more. Have you guys heard of Twitch channels?!

I can see becoming another example of that with the Games Done Quick thing. It was just guys playing on the couch and gaining donations, then came rules and more rules, lots of cancelings, censoring third party videos with memes(!!!)... Even thou it has record of donations, the viewership declined a lot by the years. They're doing their own house of cards

And no, it's not because of that one host telling people to stop watching. It was deeply flawed from the very onset.

The "Sins of the Past" is such a cop out. Olivia Munn doing hot, & yet provocative stuff and yet STILL provided great content on "Attack of the Show" was damn good. The synergy between Kevin and Olivia was genius and it worked. I still remember DVDuesday and The Feed segments and they were on point. The OG G4 was great...until it got canceled and lots of Cops/Ninja Warrior reruns took it's place.
Last edited: Oct 21, 2022

It's not hard to be a nice gaming channel. You just need to play. Nothing more. Have you guys heard of Twitch channels?!

I can see becoming another example of that with the Games Done Quick thing. It was just guys playing on the couch and gaining donations, then came rules and more rules, lots of cancelings, censoring third party videos with memes(!!!)... Even thou it has record of donations, the viewership declined a lot by the years. They're doing their own house of cards
Click to expand...

This is what I missed from GDQ. At the very beginning, it was pretty grassroots and pretty chill. Now, it went all corporate, lots of rules and cancelations and restrictions and it just wasn't the same anymore.

If you start by hating on your audience after 1 week or so... ye not a good look

It failed because the host had no awarding characteristics. They were boring, and felt fake. The original host on just about every show they had meshed well together, it was fun, they looked like they were just hanging out with friends and not working.
M

It was doomed to fail from the start with their obsession of being a regular tv channel again and all the infrastructure and costs involved in doing do. With YouTube and Twitch, there's simply no place for a TV channel about gaming. Had they focused on those avenues and kept their staff and overhead low, they could've possibly made some headway. Frosk flipping out only exacerbated and hastened the core problem.

Leadership changed again in 2022 as Arons departed in July following a contentious all-hands meeting in which she was lambasted by talent for a lack of transparency, failure to realize promised diversity initiatives and other issues. Ex-employees, who described Arons as a more consistent leader than Roberts, said she left the meeting in tears.
Click to expand...

Now everyone is out of job because you decided to champion diversity (which is important) instead of knowing where you stand business-wise.
Last edited: Oct 21, 2022
C

G4 failed because there was no Cinematech 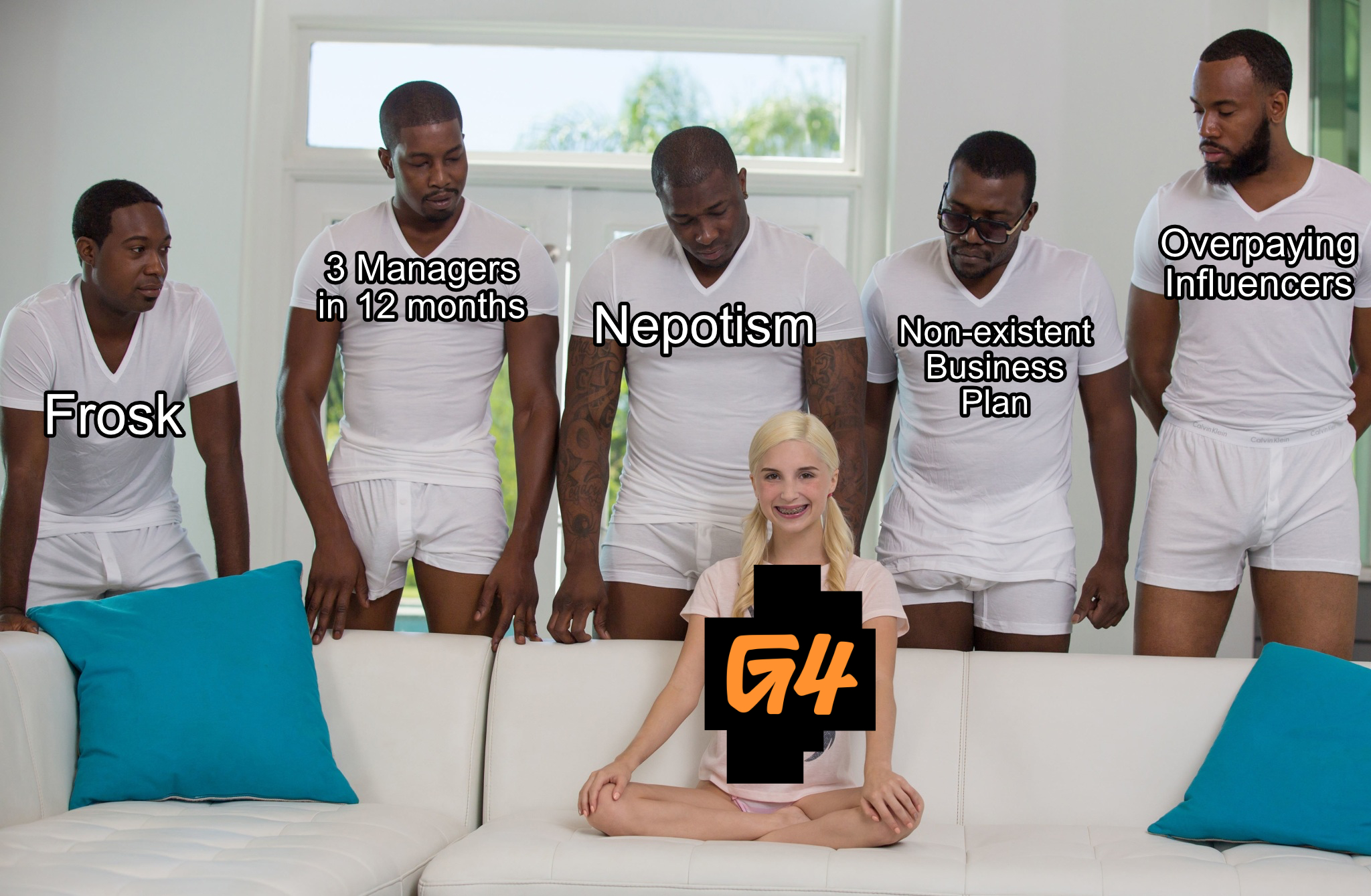 G4 - Death and Rebirth of the network for gamers
Retro

Krathoon replied
Dec 28, 2021
Ubisoft had a dozen Battle Royale games in development at one point
2