What is your favourite era of Resident Evil?

RE4 may have been a different game, but it is still fantastic. But playing it now, it's hard to like it as much as newer games because the controls feel crappy. It's also easy to see why the direction changed forever after that game was so action heavy and made to be nothing like the prior games.

After that, I don't know. Besides a few games being decent, the franchise has been subjected to regular mismanagement from Capcom, with mediocre sequels every so often and even worse spin off titles. The majority of these have just been atrocious.

For some reason, they keep going back to 1998 over and over again too. That just becomes so pointless. It occurs with some games, and movies. But fans just don't appreciate this garbage.

The remakes may have let people down, because they might have been holding out for the RE1 remake style. But in this generation, it feels lame to remove so much content that featured some 20 years previously, in the original.

Hope they don't mess up the RE4 remake too much. They wouldn't dare. Would they?
L

I prefer the Racoon City incident games and Code Veronica myself. I enjoyed 4 for what it was and everything after never quite hooked me. I hate the two first person games.

With 5 being the last that i liked.

The OGs although CV is a significantly worse game overall than 4 or REmake 2.

CV seriously needs a redo. There's so much good game in there surrounded by so much bad.

The PS1 original trilogy era, although I like 4 the best.
T

The other day, I remembered a guy called The Prodigy DGK talking about how Resident Evil 6 basically ripped off Gears of War. Turns out, he was right...

In GOW, you eliminate giant "Locust" monsters with big guns. Think of those in the Terminator films. They are huge. Well, in RE6 you encounter big ogre things that attack you as you find balconies in ruined buildings, to shoot them from. Just feels too awfully similar. Eh? Even the war torn areas look alike.

But besides that, you also fight in a platoon, with Chris, and there's also a similar gag where you can play on a kid's slide. You go up to it and hit X to go down the shoot. So would Capcom get sued if Microsoft knew Capcom intentionally copied their games? Hmmm.

Also, they appear to have ripped off other games too. Resident Evil: Revelations 2 has the same boss battle as the one with the Bloater in The Last of Us. Almost looks like a repeat with the shelves acting as a cover, and the Runner type zombie enemies are kind of the same, and the thing that uses fire to attack you. Plus, you go to a dam, and have to hunt for food in the winter in both games as well. The gameplay mechanics and the story is somewhat identical as well. And you can see enemies through the walls, because Natalia has a virus in her body.
A

The fixed camera RE games weren't really my bag.

The third person (over the shoulder) camera perspective is when RE really became my jam.

The only way to make this a tough choice is to divide the eras into hardware gens.

Of these I'd choose the GC era, but PS4-XBO era isn't far off in second place.

2 Remake, I love it
3 Remake, I hate that lazy Remake

RE4 was still great though, but its plot and most characters had nothing do with classic RE, the setting was completely different too. The most radical change was the focus on non-stop action. Personally I prefer a more contained RE, RE2R proved that. I'd rank it higher than 4 and replay it more often as well.

Current era is also excellent though, RE2R, VII and Village were all great. RE3R is a guilty pleasure of mine, its an excellent game to speedrun.

1-3, CV and Reamke is my favourite period, despite RE4 being my favourite RE-game. Zero I do not include because I thought it was rather trashy in many regards.

What I love most about the original is that back then I actually cared about the story and the characters. Despite RE still being my favourite series in gaming, I do horribly miss caring about it's writing.
Last edited: Sep 15, 2022

4 was the pinnacle, but the series started to go downhill with 5 and 6, but redeemed itself with 7 and Village.

I've only played 4 an 2's remake, both pretty cool games.

Never been a big fan of this series, but I'm glad it's seeing a new success after being kinda shit with 5 and 6.

The original two, when the series was still survival horror instead of an action game with light survival elements, and the story hadn't jumped the shark yet with Code Veronica-level of ridiculousness.

I loved the first two and number 4. Code Veronica and 3 were pretty boring and I think the format had started to become stale. I don't really like the newer games but I think the series needed a change of direction, they can't keep pumping out cookie cutter games for the rest of time.

Star-Lord said:
4 was the pinnacle, but the series started to go downhill with 5 and 6, but redeemed itself with 7 and Village.
Click to expand...

Correct. Any other opinion is wrong

RE1, RE3 and RE1 remake. So its not like a consistent time for me.

Classic fixed camera era for me, but I love them all.


The Non Romero Zombie said:
RE4... the controls feel crappy.
Click to expand... 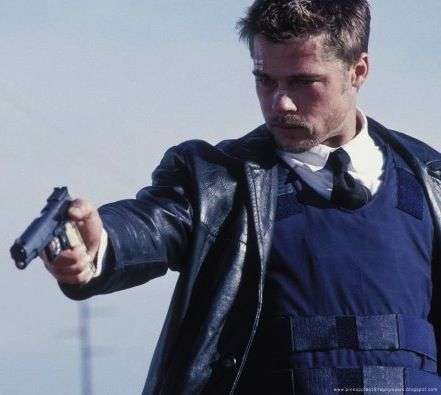 JimmyRustler said:
What I love most about the original is that back then I actually cared about the story and the characters. Despite RE still being my favourite series in gaming, I do horribly miss caring about it's writing.
Click to expand...

I do feel this but only with 7 and 8, at least with regard to Ethan and Mia. They're both such non-events and I think it was a mistake to invent a relatively blank slate avatar character for RE. I felt nothing at all when he died twice.
Last edited: Sep 15, 2022

3.) Close but then RE2 and RE3 Remakes. Great also but little lazy towards the end and missing content.

3.) Close but then RE2 and RE3 Remakes. Great also but little lazy towards the end and missing content.

I could even say more about the laziness of REmake 2 and 3, with the "boss that can't die until the game wants", which is just dumb. I could "kill" Nemesis back in the day, why I can't now?

Also, RE4 is one of the best games ever, but it's not Resident Evil. It's just not

RE1-3 are masterpieces.
T

Capcom is about to have their showcase at Tokyo Game Show.

Can this mean that we may get some more Resident Evil news?

Well, we don't have too much longer to wait to find out. Their presentation begins at 3 BST.

RE2 is the best one.

Resi 1 has always been cheesy but we took it for what it was. Good fun.

I want a Code Veronica REmake!!!

I don't have a favorite era since you said, they are inconsistent. But RE7 and RE2Remake are amazing.

REmake and RE0 are great games in the classic style controls, RE4 is a masterpiece, and Code Veronica deserves a REmake.
Last edited: Sep 15, 2022

I was shocked when they announced that the remake of RE4 is also going to get released on the PS4.

Maybe they've realized that people are still finding it hard to buy one. But I mean, the games kind of don't feel like next generation games in that case. It's misleading. But hey. I am not complaining. In fact, I just won a PS5 via bidding on eBay.

The mouse/keyboard controls for RE4 actually feels decent now to me with the Resident Evil 4 Tweaks - once you adjust to the tank controls at least. It also fixes a bunch of issues with the HD port, some of which are present in the console ports as well (check the README on GitHub). You can also bump up the FOV now which is too narrow to be comfortable playing on a monitor. It's already included in the Resident Evil 4 HD project, which is probably the most impressive texture mod ever created.

It's by far the best way to play the game now, even if it might be a bit too easy with mouse aiming. Imagine telling the grandfather of the Resident Evil series that his magnum opus work, the one that went on to win awards, high ratings from fans and critics alike, sell millions upon millions of copies and be ported to almost as many platforms as the original Doom...is his worst work and garbage from a fans' perspective.

You're not a true fan. You're just upset that the people who carried the torch after 4 couldn't live up to it's magnificence. You foolishly blame RE 4 for the sequels' mediocrity, because you'd rather force yourself to believe that 4, 5, and 6 were all part of the same 'problem' rather than accept the simple fact that RE 4 was simply too damn good and what followed after paled in comparison.

Pre render background era was the best. For some reason it inspired game developers to think in a different way within the confines of the limitations which allowed them to create some of the most inventive games of all time.
Z

RE7 VR closely followed by RE4 (I have some fond memory playing from the Gamecube launch, damn it was SO GOOD back in time).
VR bring a whole new dimension to the game, that's not even a pun.

They haven't announced an exact date for the next RE showcase. It's set for next month, though. I'm also hoping that Capcom has learned from their past misdeeds. It's looking on the up.

From what I gathered from the 45 minute presentation this afternoon, Rosemary stars in the new DLC, and the monsters have the ability to instantly kill her. Looks like she can freeze enemies with her powers. Although I predict this is not immediately possible every few seconds.

It does look good. But it also seems as if she is imagining all of this, so Capcom can just use the available assets from the main game for Rosemary to traverse. Clever and cost efficient, I suppose. But I do feel like they could have had a better story put in place, rather than this being almost like an acid trip kind of experience.

I enjoyed the 1st person ones the most and ive played and beaten all of them except the revelation series.

I could even say more about the laziness of REmake 2 and 3, with the "boss that can't die until the game wants", which is just dumb. I could "kill" Nemesis back in the day, why I can't now?

Also, RE4 is one of the best games ever, but it's not Resident Evil. It's just not
Click to expand...

I enjoyed the first hour of RE2 Remake. But really hated the Mr X chasing you. That should of been kept for scenerio B for Clair or Leon. And the same amount of detail in the police was lacking later on. Missing rooms and parts in both games. They were good but they could of been perfect.
Last edited: Sep 15, 2022
You must log in or register to reply here.