Why is most gamer humor actually fucking unfunny as hell Oh god, how could I forget this one: 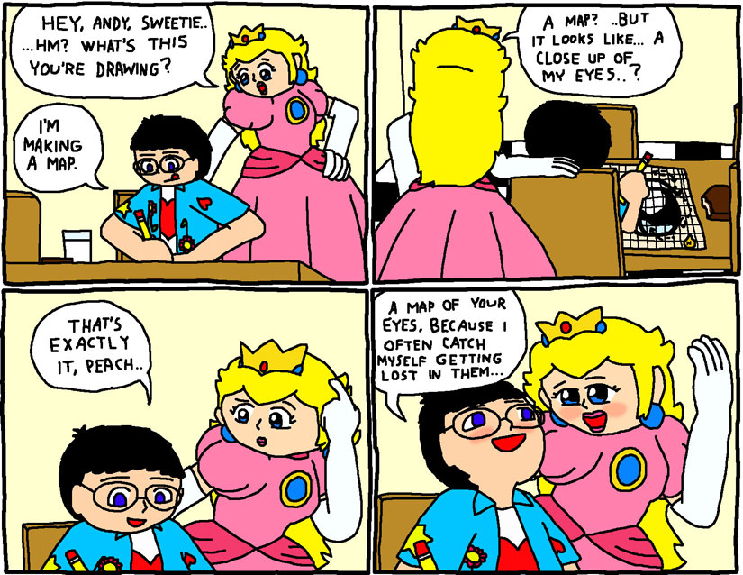 It's so stupid and the art is so awful, I burst out laughing like an idiot.
Again.

All Ubi needs to pull this off is to claim the zoetrope is OLED.

I believe Wolfenstein TNO is the only game that made actually legitimately chuckle. Writing good comedy is very hard. Video game writing in general is pretty awful. That’s why.

They are videogames, not Netflix comedy specials lol.

Humor in current videogames is made for current teens. Most of us around are already too old to like it

To be fair most of the humor in movies and shows isn't funny either.
J

That's not funny because a women wrote it......

Well humour is subjective, there's always going to be things that you find extremely funny, while the person next to you will be sitting there with a straight face, and vice versa.

A lot of people's idea of "funny" is just a bunch of "in-jokes" really, basically re-hashing punchlines or references, and then everyone laughing because "yeah I remember that being a joke".
It's basically how comedy was done for a long time, with people on-stage even doing the same material as other people over and over again, of course with a "funny" voice.
This kinda changed in the early '60s, with comedians doing more and more original/edge material, and of course they got arrested for those performances.

You can see the "in-joke" mentality everywhere, from the office, to social gatherings, to trash tik-toks, everyone is just doing the same shit because it's safe and leads to easy acceptance, but there's no real creativity behind it.
Most people who write comedy aren't very good at it, and repeatedly fall into the "in-joke" crowd, or will try to be way too "clever/intellectual", only to have that backfire.
Last edited: Jul 25, 2022

Quantum253 said:
So it's not the writing in games that isn't funny, but gaming culture itself can't produce funny content? I imagine it's where you look. I've seen some pretty funny videos about video games (Viva La Dirt, Battlefield Friends, etc). Every once in awhile you get some funny comics, but it's been far and few between within the last decade
Click to expand...

NeoIkaruGAF said:
Oh god, how could I forget this one:

This physically hurt me... you know how people want a way to punch each other across the Internet, you found it.

People who laugh at the humor in games or Marvel movies or something, never trust em.

Another pointless question is what's up with people using "fuck" and it's derivatives awkwardly in sentences.

See it on REE all the time.

ssringo said:
Another pointless question is what's up with people using "fuck" and it's derivatives awkwardly in sentences.

See it on REE all the time.
Click to expand...

Give us an example of what you mean.

kirby007 said:
this is about all this woke nonsense in games, i support you
Click to expand...

Somehow your mind still landed on it.

Gaming humor will evolve once the writing for games progresses beyond a middle school level.

is on perm warning for being a low level troll

I think humor in games is at it's best when it's put in charming games that don't take themselves too seriously, like Goemon or Okami.

Yakuza games can be funny at times too, specially Like a Dragon.
Last edited: Jul 25, 2022
A

Luckily for him he didn't start this trend with the Atari 2600.

OP took a bit of an "old man yelling at the clouds" approach, but if this comic is anything to go by, he's got a point. 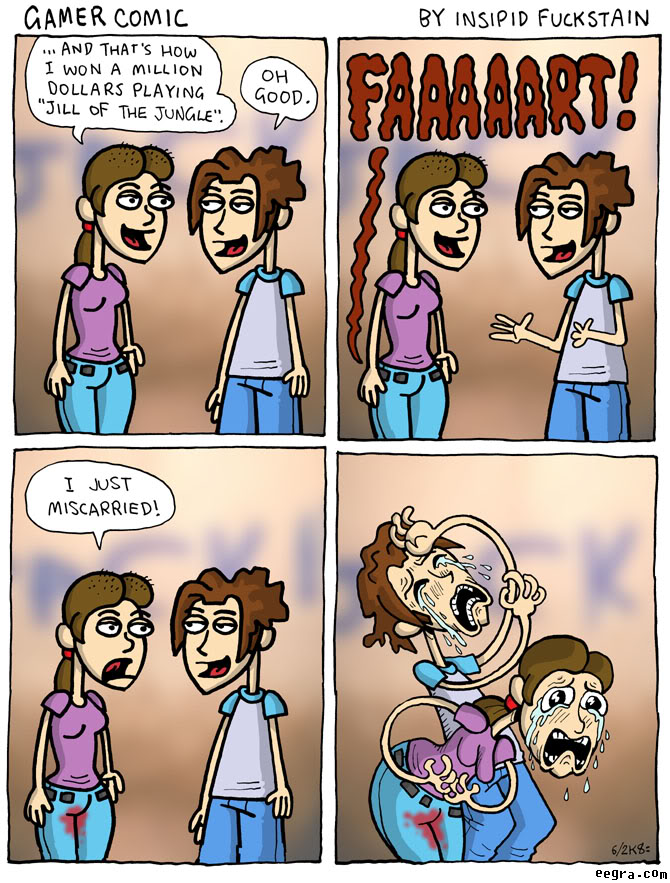 Meme's took over humor to secure their own universe of funny.
L

Most humor is unfunny, so why should gamer humor be an exception?

This is legit the funniest video on the internet, though.

STARSBarry said:
Sadly Mega 64 have become far less frequent and they seem to do their real life skits less and less...

I suppose there's less tolerance for that stuff these days, especially since COVID, the feeling of "get away from me don't touch me" is probably way stronger in a lot of people.

I actually have some ideas for more real life skits:

Demons' Souls: have two of the dudes square up with swords and medieval armor, eyeing each other up for like 2 or 3 minutes and then let one of them get killed instantly. Then switch to another dude playing Demons Souls on his couch and being like "fuck this game, too hard".

Zelda BOTW: I would make this a mix of: (1) one of the dudes dressing up as a korok, hiding in random places and then doing the "do do do, yeheh! you found me!" sound, (2) one of the guys dressed as Link and running for like 5 seconds before his green stamina wheel runs out. Make it really comically short, (3) do a "cooking random stuff in a pot" skit.

The best games i have ever played in terms of humour are old Ratchet games and jak and daxter. From new stuff probably guardians of the Galaxy are the best.

If OP is any of the following, close this thread:

Humor in games is funny, humor about games isn't funny, thats what i'm trying to get at

Guilty_AI said:
This gave me physical pain
Click to expand... 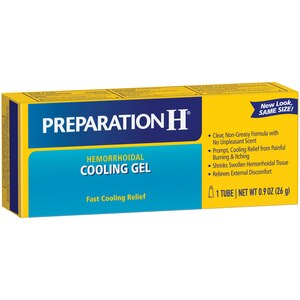 No mention yet? Really? Did we all collectively forget that Psychonauts exists?

64bitmodels said:
Humor in games is funny
Click to expand...

It's better than most movie humor.

Gamers have platinumed Humor and wait for the remaster.

Giantbomb used to be good at capturing the silliness of the video games.

Watch their playthrough of Bioforge.

The best comedy moments in gaming all happened at past E3s. That's one of the reasons I miss it so much.

Radical Dreamer said:
Even more cringe are threads like this. Dude you made up a story in your head and now you're offended by it xD You sound like redditor.
Click to expand...

I mean he could just ignore it.

In my opinion PewDiePie, Dr. Disrespect, etc. are all cringey af... which is why I don't watch that garbage. Same with playing Fortnite or watching people stream it. It looks stupid, so I don't watch videos about it or play it. The list goes on.

If you get sucked in by clickbait thumbnails or stupid titles, that's on you. Pretty much why I don't use YouTube ever, is because it's cringe central.

Radical Dreamer said:
Even more cringe are threads like this. Dude you made up a story in your head and now you're offended by it xD You sound like redditor.
Click to expand...

made up a story in my head? what the fuck are you talking about?

They’ve had some good stuff, but they’re really hit or miss. Mostly like their older stuff

Most of the games are not even funny. Recently came across this myself with Borderlands 3. The game does everything it can to be so funny haha and it ends up being just eyerolling and dumb. Problem is the subjective nature of humor. Most games just try too hard though.

I cringe at the people that use the word cringe.
D

hemo memo said:
I believe Wolfenstein TNO is the only game that made actually legitimately chuckle. Writing good comedy is very hard. Video game writing in general is pretty awful. That’s why.
Click to expand...

is this the one where germans have invaded the states? i played that last year and witnessed a hilarious npc interaction with an SS guard where he was trying to explain how to pronounce danke schoen to some red necks. it was definitely some good old id software humor i hadn't seen in quite a long time and was pretty refreshing.
Last edited: Jul 25, 2022

I kind of bounced off of Borderlands. I got 1 and 2.

Movies are the same these days.

Ctrl alt delete isn't funny. Has anyone else noticed, or is it just me?

Hey, I'm sure they watch every episode of Family Guy and Rick & Morty before they start working on the next release of a Borderlands game.
You must log in or register to reply here.

MonkeyClaw36 replied
May 12, 2022
How Out Run changed video games forever

Old Retro replied
Sep 19, 2021
How something that could be just a brief fad turns into a global phenomenon? And can that status be maintained?
Opinion