Team17 has announced 32-player, real-time battle royal Worms Rumble for PlayStation 5, PlayStation 4, and PC (Steam). It will launch in late 2020.

Worms Rumble is Worms like you’ve never played it before, with intense, real-time, arena-based 32-player cross-platform combat. Get ready to rumble in Deathmatch or Last Worm Standing modes where you’re only ever a Holy Hand Grenade away from death!

Use a variety of fan-favorite weapons like the Bazooka and Shotgun plus all-new additions to the armory to bring the pain to your invertebrate opponents as you climb the ranks. Customize your worm, take part in challenges and seasonal events and experiment with new ways to play in The Lab. This is Worms, reinvented.

And here are some additional details, via the PlayStation Blog:

So why real-time? We of course love the turn-based versions of Worms and it’s what we’ve done for so many years. Working on Worms W.M.D was an absolute blast and we’re really proud of it. But we’ve always wanted to push the envelope that little bit further and scratch that “what-if” itch. Sure, we’ve done spins offs of Worms before, but we wanted to go all out and see if we could pull off a real-time version of Worms.

We started prototyping Worms Rumble a couple of years ago with just a small team, and what they came up with in such a short space of time really piqued our interest and made us pretty excited for what we could do. We then started to hold internal usability sessions to get the feeling from the whole studio on how the game felt to play. Did it still feel like Worms? Was the fun factor there? Are we crazy to even try this? The results we got from the team were very encouraging, and straight away we saw that it had that “one more game” appeal. The feedback during the prototype phase was invaluable, as it then pushed us on to look at where we could take this.

Because of the real-time nature of the Worms Rumble, we had to look at how to change the movements of the worm. Normally you’d see the worms crawl along at a slow pace, with the occasional jump to traverse around the landscape, but with Worms Rumble, we’ve sped things up significantly. Not only will the worm move faster, you’ll now be able to roll around the arenas at high speed, perform wall jumps to traverse at pace to get to higher ground and away from danger, and dodge those “incoming” bazooka shells and grenades.

It took a lot of balancing to get this feeling just right whilst making sure it felt fair for all players. You won’t be able to continually roll around the level, or hang out on your favourite piece of wall, as our little annelid friends now have stamina which will drain as you roll or wall jump. It’s only when you slow down that your stamina bar will recharge and leave you more susceptible to incoming fire! With great power… sorry. Moving on!

You’ve been asking for it, and we’ve finally done it. We can confirm that Worms Rumble will support cross-platform multiplayer! We’ll be bringing you a 32-player online experience like you’ve never seen before in a Worms game. The arenas that have been built by the team will see you battle it out inside some of the worms’ favorite places to hang out. Take Missile Mall for example, a shopping mall that sits above an underground rocket silo, there’s plenty of open space to cause carnage, and small air vents to sneak around in. A well-placed Sheep or Banana Bomb can spell Game Over!

Worms Rumble will be released with three game modes. Deathmatch, Last Worm Standing, and Last Squad Standing. Deathmatch does exactly what it says on the tin. This is 32 players battling it out to see who can get the most eliminations before time runs out, and will be the best game mode for new players to get to grips with Worms Rumble, learn the weapons and utilities and hone those skills before going toe-to-toe with the more experienced players.

In Last Worm Standing, it will be 32 players going up against each other once again, only this time, once you’ve been downed, you’re out! But don’t worry, you’ll be able to spectate the action afterwards and you can check out the other players, or, jump straight into another match if you’re eager to get back into the action.

Last Squad Standing will see ten teams of three players battle it out to be crowned champions of the arena! You’ll be able to play with your friends on other platforms and battle it out with others who dare to challenge you. We have introduced a revive mechanic into the squads mode, so that if you ever get downed by a rival, your team members will be able to bring you back into the game. As with Last Worm Standing, once you’re out, you’re out. This mode is all about teamwork! Work together, and you’ll have a better chance to succeed and be the squad to beat!

In both Last Worm Standing and Last Squad Standing, not only will you have your enemies to fight off, but the restricted zones will play a big part in the outcome of the battle. Linger too long in one of them, and you’ll start losing health until you move into another. The restricted zones won’t always start or finish in the same location, so you’ll need to keep an eye on the warnings when they appear and high tail it out of there to a safe location.

Worms games and customisation go hand in hand, so we are of course bringing them back for Worms Rumble. How could we not!? You’ll be able to add some really cool items such as headwear and facewear, and we’ve also added a few extras in this time, including awesome weapon skins, outfits and emotes! Unlock more and more swag as you play and add your own personal flair to your invertebrate avatar!
Click to expand... 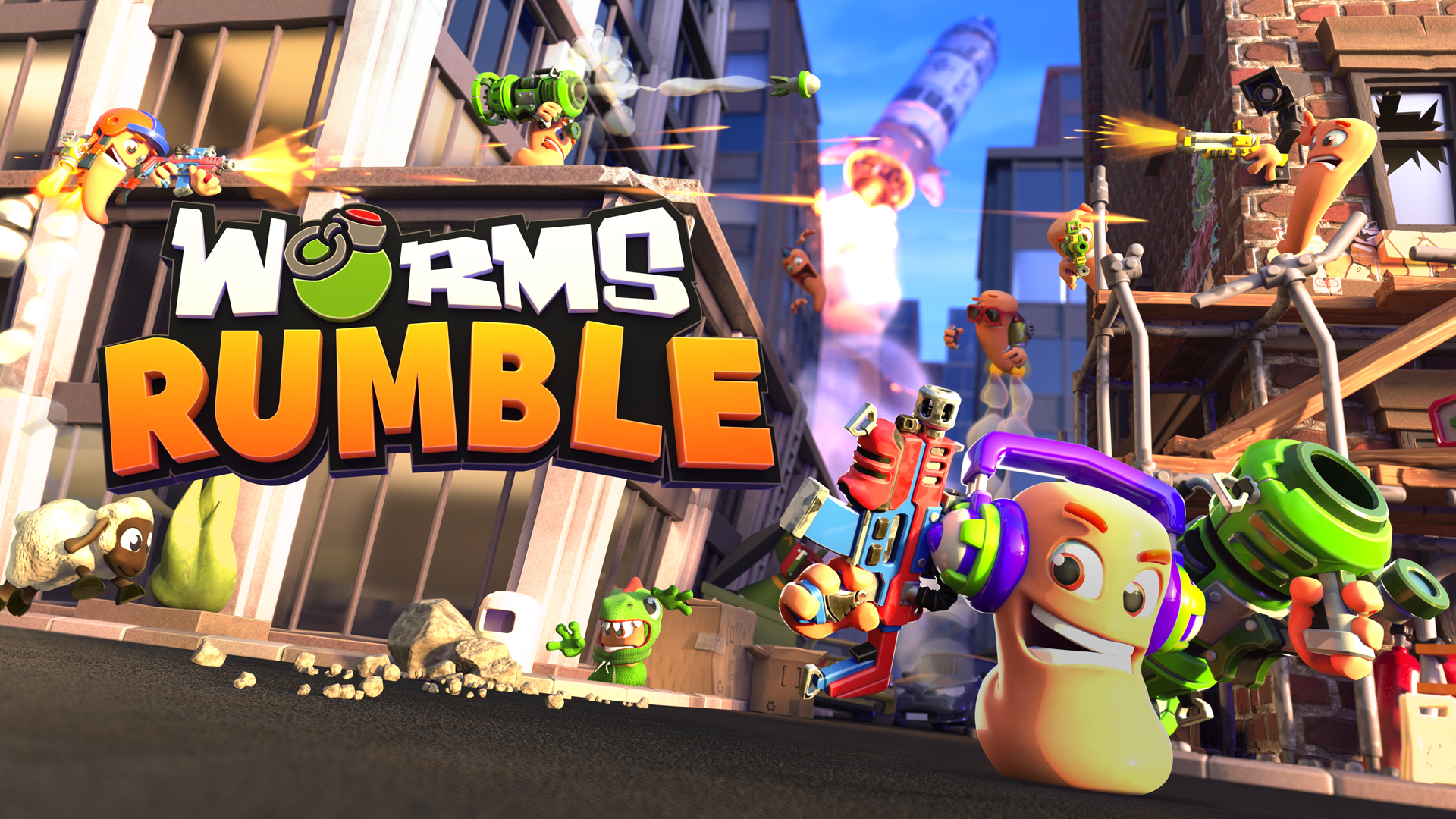 INCOMING! We’re incredibly excited to announce a Worms game like no other… Introducing Worms Rumble! Worms Rumble is an epic 32-player, real-time Battle Royale with players clashing in cross-play enabled online multiplayer on PlayStation 4, PlayStation 5 and PC! Players will rumble across the... 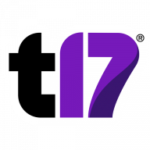 Obviously this game needs 9GB/sec IO/SSD on next gen systems. XSX can't handle all the grenades and stuff.

If the worms control like every single game from the past. This will be a easy pass.

This is completely different from older Worms games. It took almost 25 years, but they're trying something new.

No Ray-tracing, no buy /s

So happy to see this series is still alive. I can't tell you how many hours I put into Worms: Armageddon growing up.

Next gen is here, boys.

HerjansEagleFeeder said:
Obviously this game needs 9GB/sec IO/SSD on next gen systems. XSX can't handle all the grenades and stuff.
Click to expand...

If they at least had destructible terrain what was always a big part of worms then maybe they might have had something going for it. Right now it looks very uninspired.

If it has couch multiplayer, im in.

I haven't played a Worms game before but man I do miss GunBound (that seemingly rip-off of Worms)...

So, Worms + Soldat/Awesomenauts = this? I mean, sure, why not?

If it's cool and fun enough, I'll check it out. I've always had a spot for Worms cause I feel like I practically grew up with them, lol.
Last edited: Jul 1, 2020

Everything's gotta be an online shooter, doesn't it?

Danny Dudekisser said:
This is completely different from older Worms games. It took almost 25 years, but they're trying something new.
Click to expand...

OUT OF SIGHT OUT OF MIND

. At least there is standard death match.

Odd choice of platforms, but not too surprising choice of genre, sadly. Looks like Team17 cannot miss out on that Battle Royale cake.

This looks like a complete cluster of confusion that will offer randomness in place of depth. I'd be happy to be wrong, though.

I think we have a new contender for fewer players than Bleeding edge and Lawbreakers.

Love Worms. I get why they'd want to do something different. I just don't see this working at all.

This looks like one of those Nothing Burgers I keep hearing about.

Looks fun for about 2 minutes but otherwise seems completely void of any charm and identity.

odd_hatch said:
Everything's gotta be an online shooter, doesn't it?
Click to expand...

This is where the money at