Mod edit: If you want start a genuine discussion about NFTs do so. Do not try and put your own console warring 'spin' on the topic by taking out of context quotes and cherry picking parts which score points against your most hated brand (e.g. Microsoft instead of Nintendo).

Furthermore it seems these disingenuous topics are always created by those with console warring warnings.

"I think sometimes it's a hammer looking for a nail when these technologies come up. But the actual human use, or player use in our case, of these technologies, I think there could be some interesting things," he said. 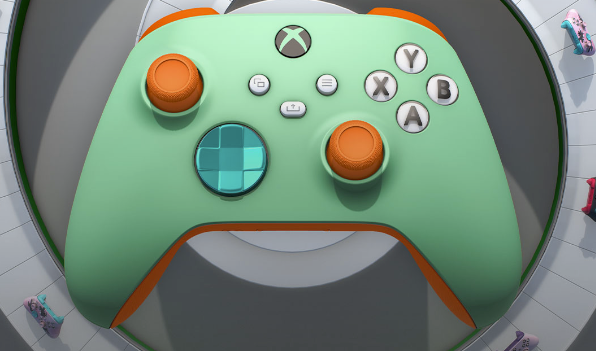 "I think there could be some interesting things," Spencer says of these new technologies.

If you know what NFTs are then you know it's the harbinger of death to this hobby of ours. And I'm sure that because it's "Phil" signalling his interest, certain folks will come and defend him quickly.

But personally, irrespective of the publisher, company or CEO, my response to NFTs in gaming will always and forever be

Forgive me if I'm wrong but aren't NFTs essentially an evolution of "horse armor" that you can now "own" and sell to other people? Hasn't Valve been doing something like this this for a decade now on their private marketplace (Team Fortress hats, Counterstrike knives, etc)?
Last edited: Aug 26, 2022

Taking a quote out of context and used for console warring. What could go wrong.

The problem with NFTs is it hat there's only one positive use for them in a gaming context, and that's reselling digital licenses on a second-hand market. The issue is that there's no reason for any walled garden platform holder to allow that market's existence. Even taking a cut of a 'used digital' sale among individuals is less revenue than just forcing another full sale. I like Xbox, but I don't think MS is my friend, or is looking out for my financial well-being.

next major acquisition : an NFT company.

Refreshing to see such genuine concern.

"Play-to-earn specifically is something I am cautious about. It creates a worker force out of players for certain players to monetize. To be fair for us, in the games industry, this has existed for years and years. There have been gold farmers--people who literally just spend their time doing some menial task in a game to accrue some currency that they can then sell to some other rich player for real money, so that person doesn't have to spend their time," he said. "But now you find games that are starting to build that into the economy of the game itself."

Microsoft's Minecraft franchise has taken a hard line against play-to-earn mechanics and NFTs, and Spencer doubled down on this, saying he doesn't want Minecraft to get involved with anything "exploitative." That being said, Spencer isn't ready to write off NFTs entirely.
Click to expand...

Microsoft has already confirmed that they are looking into Metaverses and NFTs. That's the main reason why they acquired Activision in the first place.


Bloomberg - Are you a robot?

“Gaming has been key to Microsoft since our earliest days as a company,” Nadella said in a note to employees. “Today, it’s the largest and fastest-growing form of entertainment, and as the digital and physical worlds come together, it will play a critical role in the development of metaverse platforms.”
Click to expand...

Pelta88 said:
And I'm sure that because it's "Phil" signalling his interest, certain folks will come and defend him quickly.
Click to expand...

And I'm sure that because it's "Phil" signalling his interest, certain folks were trembling with excitement to start a thread about it…

As a creative person I can see posibilities with user-created content sold through any type of market place. But as long as the value of NFTs isn’t in any way based on the quality of what’s sold I don’t want anything to do with it. And when lazy people can get filthy rich from trolling a broken system it’s a problem for the whole world since young people might grow up thinking you don’t need to work. Maybe it’ll be okay in 100 years when robots are doing all the working anyway, but not today.
Last edited: Aug 26, 2022

Heisenberg007 said:
Microsoft has already confirmed that they are looking into Metaverses and NFTs. That's the main reason why they acquired Activision in the first place.
Click to expand...

Complete nonsense. In that same interview, Spencer confirmed that they started looking into Activision because of their mobile segment. Why make things up?
A

My answer to NFT is always the same ...Show me what does it change for me and how it benefits me as a gamer...And so far NFT brought nothing.

Was it a single interview that turned into 12 different threads or does Phil really like to talk these days?

Robot Carnival replied
Nov 17, 2021
It's Going To Be Hard To Get A New Console This Holiday, Xbox Boss Phil Spencer Says
News Business

crackajack replied
Sep 18, 2022
Xbox Boss Phil Spencer Believes There Will Be Fewer Exclusives In The Future, And Not Just For Xbox
Opinion News Business 2 3 4