There is still a mountain of stuff to learn and do in Xenoblade 3 beyond this early look into Monolith Soft’s upcoming massive RPG. I have had a fantastic time with the game so far and I’m eager to dig deeper into it. There is so much potential in Xenoblade 3 and these early hours have only sparked my interest more and more. I hope this tiny spec of information in this preview piece helped clear up some confusion now that I’ve had some hands-on time with it.
Click to expand...

Now I'm beginning to pull clear of the tutorials, some 10 hours and two chapters in, I'm beginning to see there's a fair amount for Xenoblade Chronicles veterans too, with a battle system that's broader, better defined and more malleable than those that have gone before, and a world that seems richer, more relatable and somehow even grander than that of Xenoblades past. It's been pretty good going so far but now it's turning into something that could be great - and for the soft frustration of the slow opening hours, I've the creeping suspicion that this could well be the best Xenoblade Chronicles yet.
Click to expand...

A few hours with Xenoblade Chronicles 3 reveals a collision of everything that came before – classic sequel-making of the bigger, bolder, better school.
Click to expand...

I am having an amazing time with Xenoblade 3 - preview only covers the tiniest speck of what I've played, but this is such a gorgeous, characterful adventure. Really does feel like a mechanical culmination of the previous games, helped with a big leap in explaining its systems.
Click to expand...

Having six characters on screen introduces other challenges, though, some of which Monolith Soft is better at addressing than others. While numbers, aggro lines, and AoE effects can clutter the screen, the Switch itself is up to the task. Monolith Soft has clearly figured out how to optimize its engine for not just frame rate, but for graphic fidelity as well. There’s evidently still adaptive resolution at play (and I’m not entirely sure what the pixel count is while the console is docked), but characters and UI elements possess a level of graphic fidelity only reserved for cinematics in past games. The same is true even in handheld mode. While resolution is clearly reduced, the compromises in image quality between character models, backgrounds, and particle effects are juggled successfully, creating a more balanced viewing experience. Moreover, the game almost always holds at 30 frames per second in combat — while docked or in handheld. We’ll have to see how the Switch holds up when, say, fighting in larger settings with more ambient particle effects against multiple foes while Interlinking. But the point is that, for perhaps the first time, it feels as if Monolith Soft’s scope and ambition aren’t constrained. Xenoblade Chronicles 3 doesn’t look like it’s straddling its hardware’s — or its developer’s — limits.
Click to expand... 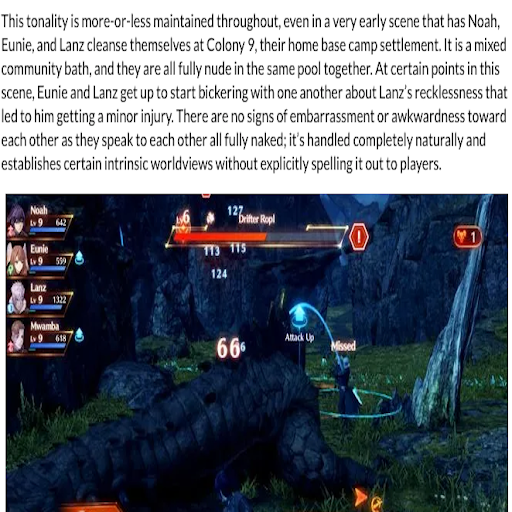 Havind read/watched most of what I wanted, I feel incredibly excited for this. XC 3 seems to be the accumulation of everything Monolith learned so far, and it seems that they mastered the Switch hardware, as technical problems were barely noticiable in these previews.

2+ million units sold in the first month, here I come!!!!

Gamecentral's preview is also up. 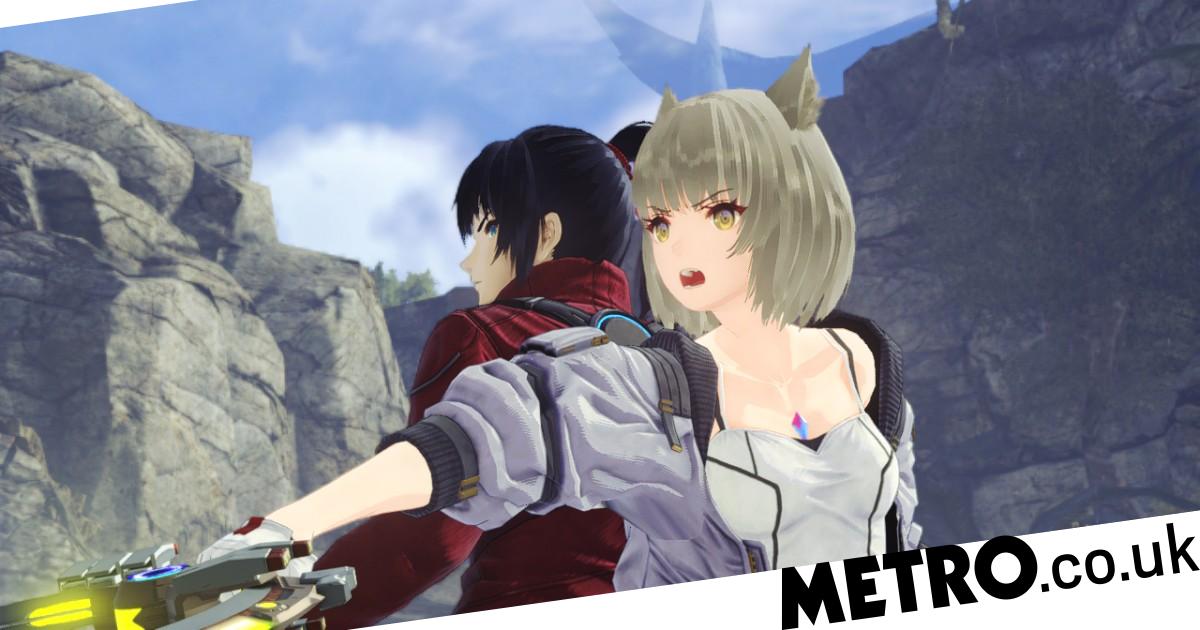 GameCentral goes hands-on with the opening hours of Xenoblade Chronicles 3 and discovers the first secrets about its plot and combat system.

This is sounding a lot better than expected. Super excited.

So is it censored?

I didn't read it due to spoilers


Those previews makes me even more hyped for the game than before
Last edited: Jul 7, 2022

NotMyProblemAnymoreCunt said:
So is it censored?

I didn't read it due to spoilers


Those previews makes me even more hyped for the game than before
Click to expand...

I read that, doesn't look like there is any kind of cencorship.

I'm really hyped for this game, even more after watching a few previews. One video even said that it works technically great, with little drops in resolution or frame rate. If that's the case, then job well done. This month can't go any faster. I just hope I can get a copy around launch.

Great to have performance information 3 weeks before launch, really shows that they believe in the quality of their game.
Last edited: Jul 7, 2022

Andyliini said:
I read that, doesn't look like there is any kind of cencorship.

I'm really hyped for this game, even more after watching a few previews. One video even said that it works technically great, with little drops in resolution or frame rate. If that's the case, then job well done. This month can't go any faster. I just hope I can get a copy around launch.
Click to expand...

Not surprised at the graphically quality that Monolithsoft got for the game. Look at Xenoblade Chronicles X, that game is on weaker hardware than Switch and that game looks amazing

I'm actually surprised about how good it looks and runs. Previous Xenoblade games always tried to push each console to the limit but this time they did a fantastic job.

GOTY confirmed! What a year so far for games.

I figured this would be a better way to get some idea of the visuals from a technical standpoint, since youtube has its own compression and all that.

If you want to look at gamersyde's higher quality, non-youtube preview, here's the link.

From what I can tell, everything's looking very good from a switch hardware standpoint. There's almost no dynamic resolution in the whole preview, or it's so subtle it wasn't easy to notice, which is how dynamic resolution is meant to be used. Of course it's hard to be sure because it's still a video instead of watching gameplay on your own screen, but the only time I feel confident I saw dynamic resolution was at the 7:58 mark, when a large enemy called an "Avis Achates" does an attack called "arm shot" where it spins both of its large arms like a double drill thrusting attack. For a split second it felt like the action was lower res to me, unless I'm just going crazy? See what you guys think.

So everything is looking very good artistically as always, but also technically compared XC2 and XCDE which would become extremely blurry almost at the drop of a hat. The only concern I have after seeing such a high quality preview video is that this was with a party of 3 characters only. Normally you have 7 characters on your team. So how common is dynamic resolution drops and how low do they go when you are fighting many enemies with a team of 7?

Touch fuzZy. get BizZay said:
If you want to look at gamersyde's higher quality, non-youtube preview, here's the link.
Click to expand...

The game is looking beautiful and yeah from both artistically and tech perspective XC3 vastly improved from XCDE and XC2, it seems they finally properly optimized the engine to run on Switch.

And we talked about this in countdown thread, the entire rendering for characters has changed in XC3.
J

No reason to expect any less or be shocked

Monolith does not miss with xeno

Really liked the field music @ 2:52 and the really neat transition to battle, one of the best transition in a JRPG i've seen i think.

As a jrpg fan, im really thankful Nintendo still approves these Xeno projects to get made. It doesn't have to sale ten million plus, to be considered a great franchise. Monolith is quickly becoming my favorite dev.

Must get on switch. I like the open world.
You must log in or register to reply here.

NanaMiku replied
May 26, 2022
Anyone else wish Nintendo would commit to just a little more power to allow their bigger IPs have better image quality?
2 3 4