What, are you listening too?

Eon hold music, for over a fucking hour.

Millions out of work but no fucker can pick up a phone anymore.

I can’t believe this band is not more popular.

Anyone who's ever dealt with struggle & betrayal should be able to relate to Tupac. This track / album came out after he was shot 5 times in New York, which he viewed as a set up by his friends and rival rapper execs who were in the same building, and after ending up in prison over false rape accusations, during which time everyone pretty much turned their backs on him. A lot of backstabbing was involved throughout, and quite a few people ended up dying on both sides -- including Pac and BIG.

Okay min, mini essay on this.

I had no idea what Devin Townsend did until, a month or two ago, (i thought he sounded like he'd be a mix of aphex twin and the who lol) when one of my favourite music reactors-to on youtube (obscure Englishman named Jim Newstead) put up one of his albums on a 'my top 5 albums discovered through this channel' feature.

Turns out he's got an interesting mix of a very good voice, an unusually intelligible scream/growl/gurlge/whatever, and a good sense for a powerful brand of heavy rock. Also a good sense of humor.

So I kinda liked what I heard (the album was Teraria, I think), and I looked up more of his work on youtube, pretty quickly running in to this song... This is one of those live performances that everyone and their pet dog make youtube reaction videos to (like Danny Carey's drum cam to Pneuma) and I can see why.

It sounds great, he sounds great, it's very well produced (bravo, sound crew), it's got a brand of head bang that also sounds very lush...

But there's one flaw with this song, to me, and it's the moronic chorus.

I mean, that line might have been good if it was a one off, but when you have a really interesting, well layered, epic song unfurling, with pretty legit verse lyrics (you are a sun goddess, nice), and your touchstone chorus is the kind of stretched-syllable nonsense adaptation of a tired, tired cliche... it totally deflates the whole effect.

I mean, okay, Devin has been doing his thing extremely well for years and years, and I'm sure plenty of people here like him a lot, but man I just really regret that he chose to crown this fantastic sounding song with such a sing-song'y, vapid chorus.

When you stretch out a 5-syllable line into the space taken by a 10- to 15-syllable line, you just know that you aught to turn around and go back to your writing pad and come up with something better.

Damn, that's not bad. Reminds me of another song played on the radio, perhaps by the same artist. I'm thinking of Chevelle for some reason though.

Love that video. The entire interview where he talks about not being responsible for all black men is great. I especially like 6:05 (below) where he says "You guys cover murders every day, and act like I'm the world's most notorious criminal, when there's people throwing babies out of windows. All I do is make raps and talk loud. My biggest crime is talking loud."

2Pac has plenty of great interviews. He was very well spoken.

Because sometimes you just don't care

Some days I really get in the mood for simple piano music.

I wondered why this old Japanese song from the 90s showed up in my YouTube recommendations. It was because it's actually used as the opening for a recently released AAA game I've been playing even though I didn't initially recognize it.

How do you kill that which has no life? 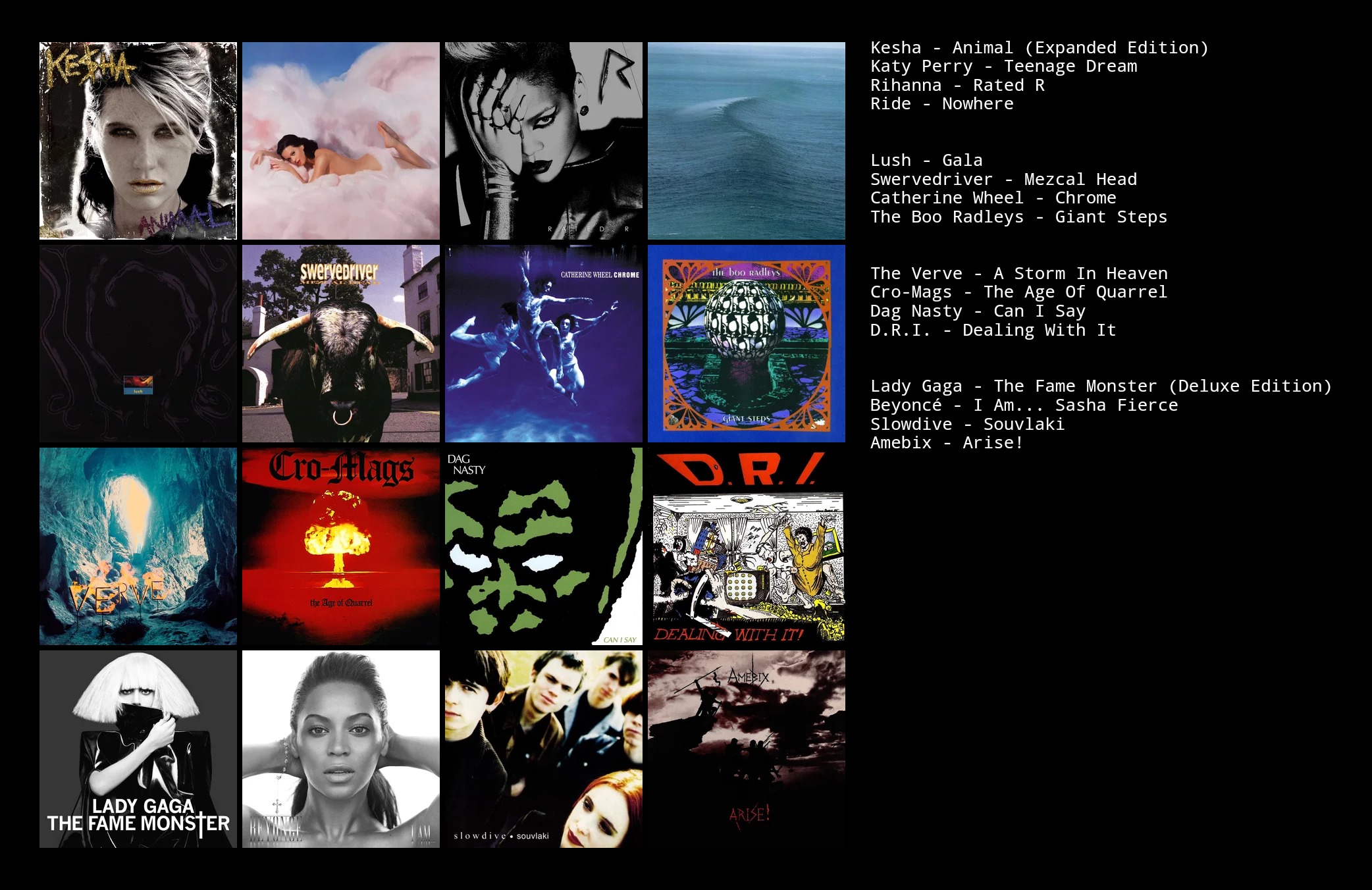 New chart! Didn't listen to as much this week, but still a damn great week!

NiiloPielinen replied
Jul 14, 2022
My problem with K-pop and why i think K-pop is bad for humanity (K-pop causal listener since 2013)
Social Opinion 2

jshackles replied
May 11, 2022
Times when you noticed things were about to utterly change.
Community

Peggies replied
Jan 23, 2022
I'm feeling nostalgic for a band no one has ever heard of agian.